This morning the younger children were playing in our yard together while everyone else was doing some sort of work around the house. The big girls were doing their "spring cleaning" in the basement, Andrew was working in the garage (but was going in and out of the house a lot (so he missed the moment)) and I was looking over the proofs of one of my mom's papers before it gets published.

And then there was screaming.

The kind of screaming that makes your skin crawl.

The kind of screaming that tells you something bad has happened. Your baby isn't annoyed or hungry or uncomfortable; your baby is mortally wounded! Run, Mom, run!

I ran down the stairs and out the door and the second I got outside Benjamin pointed to Alexander and said, "He threw a brick and it just grazed Zoë's head. She's probably fine."

Zoë was standing between them, holding her head and crying. I pried her hands off her head to check out the "grazing," which turned out to be a bit of a goose egg, and then gently ushered her into the house (while dragging Alexander along behind us). I sat Alexander on the bottom stair and told him not to move a muscle and got some ice ready for Zoë's head. 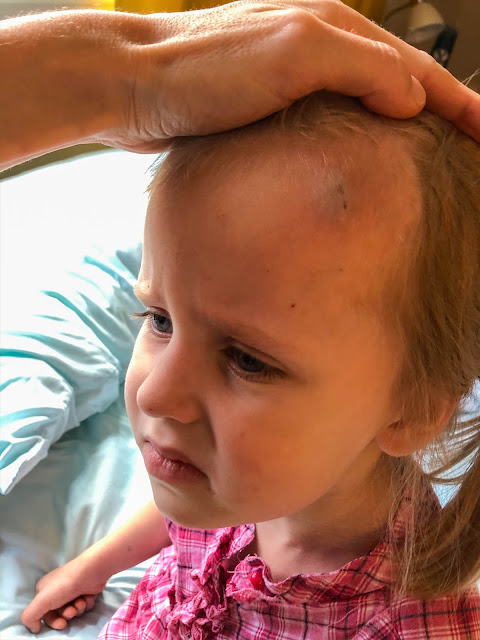 We iced her head for several minutes (while I finished reading my mom's paper) and then Zoë was ready to go back outside to play. I wasn't terribly worried about a concussion because she seemed perky enough. We stopped at the bottom of the stairs to talk with Alexander, who apologized and gave her a big, tearful hug, and agreed that we shouldn't throw rocks near other people.

Zoë quickly forgave him and they were sweet little buddies for the rest of the day, both looking rather pitiful with their poor injured faces. Here they are enjoying some water on the garden bench: 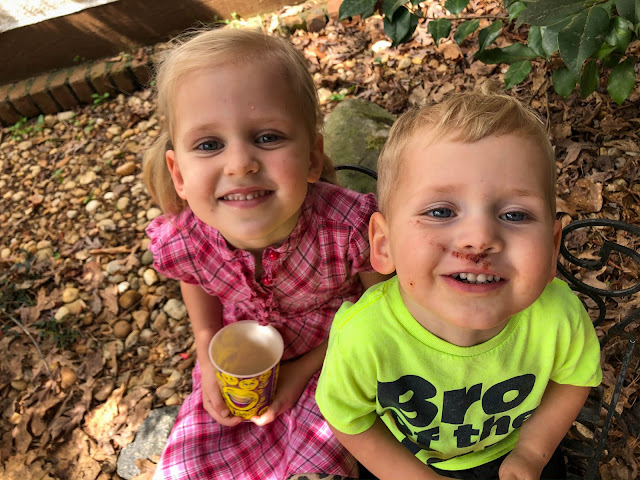 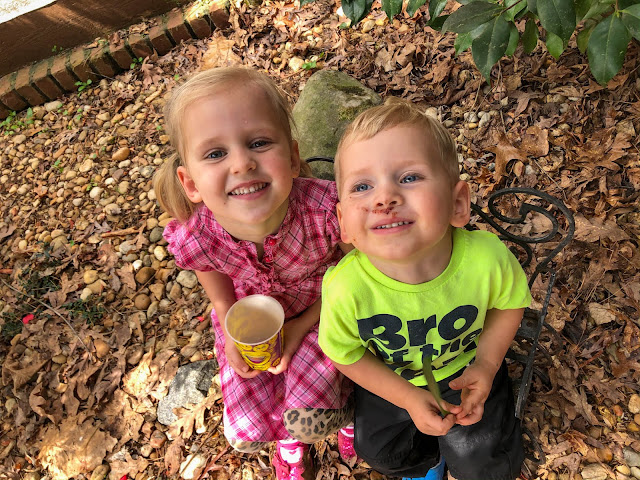 And here they are enjoying a snack while sitting on the tricycle together: 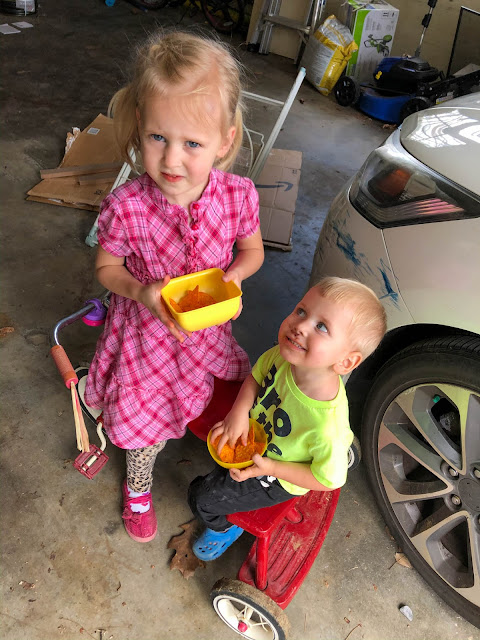 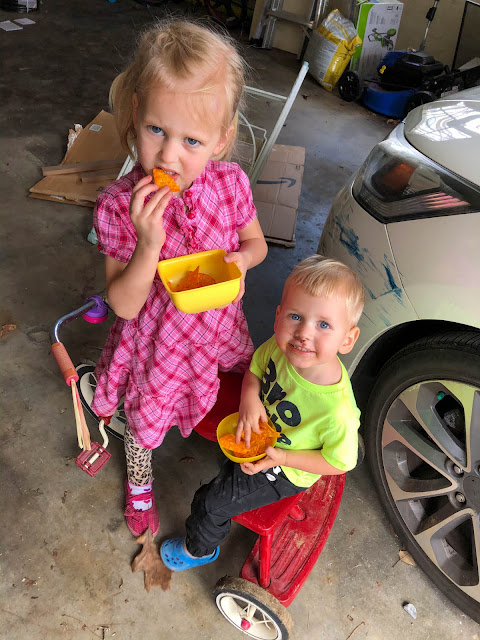 Self-isolation is going swimmingly...
Posted by Nancy at 10:53 PM