Playing at the park with Naanii

After coming home for a quick lunch, we got ready to hit up some playgrounds with Naanii. Today will likely be the only sunshine-y day we have with her. Our forecast for the coming week is rain, rain, and more rain (what a surprise (we've gotten about 19 inches of rain so far this year already (making us, so far, much wetter than Seattle (honestly, with an average of about 50 inches of rain per year, we usually out-rain Seattle but they've also had a particularly wet start their their year))). Anyway, we knew we had to soak up this sunshine while we had the opportunity, so we spent the afternoon playing outside.

Here's the crew (minus me): 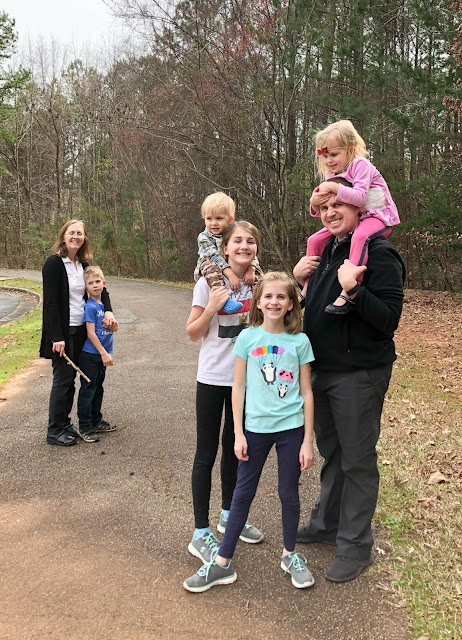 Here's Miriam and Rachel balancing on some blockade pillars: 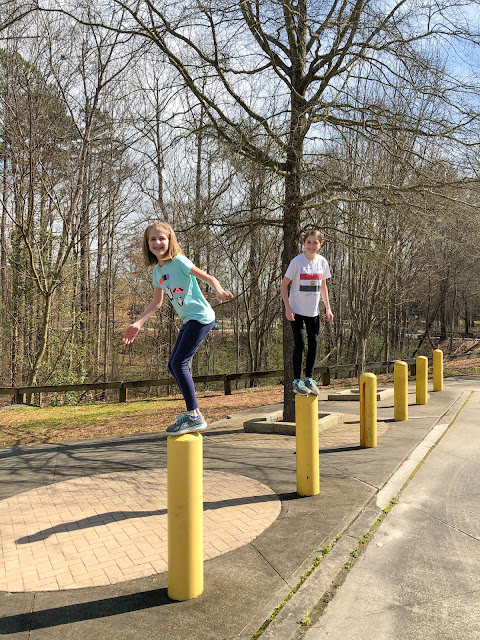 Here's me and Andrew: 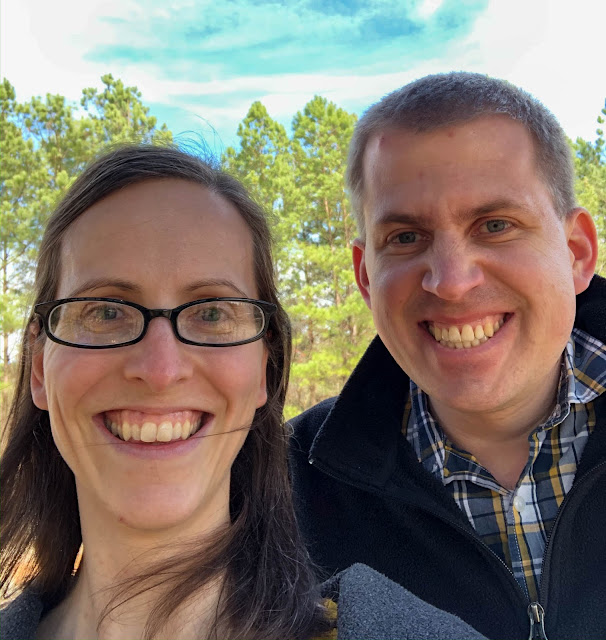 Here's Naanii admiring the bouquet of dandelions Benjamin and Zoë kept adding to: 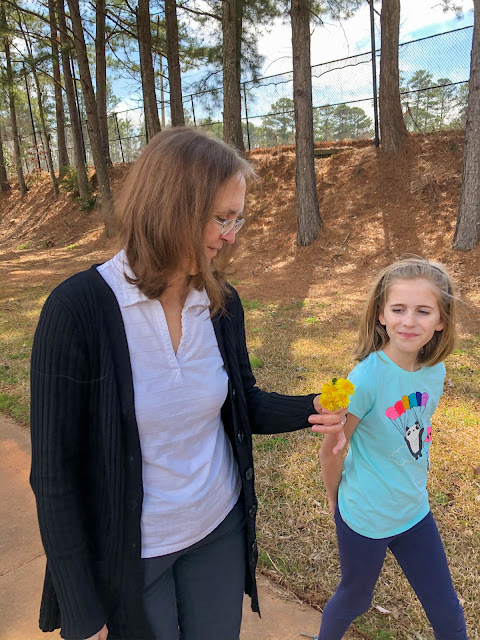 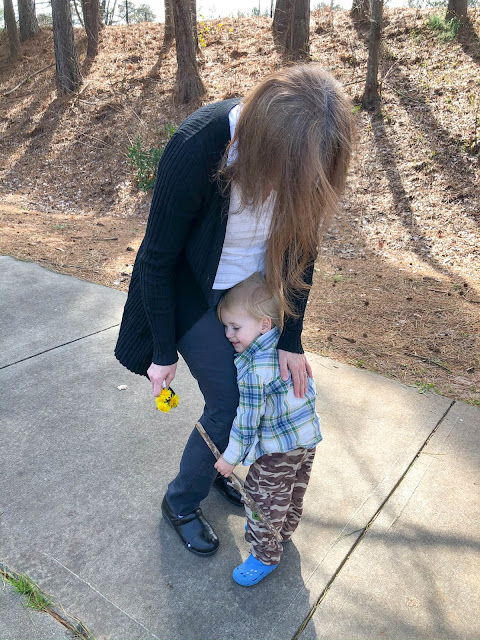 Don't mind Alexander's outfit. He's still wearing his emergency-outfit pants from his change during stake conference. He matched better in the morning. 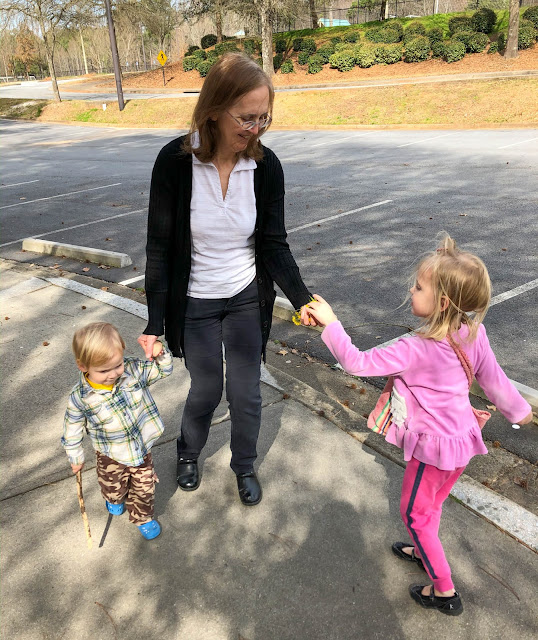 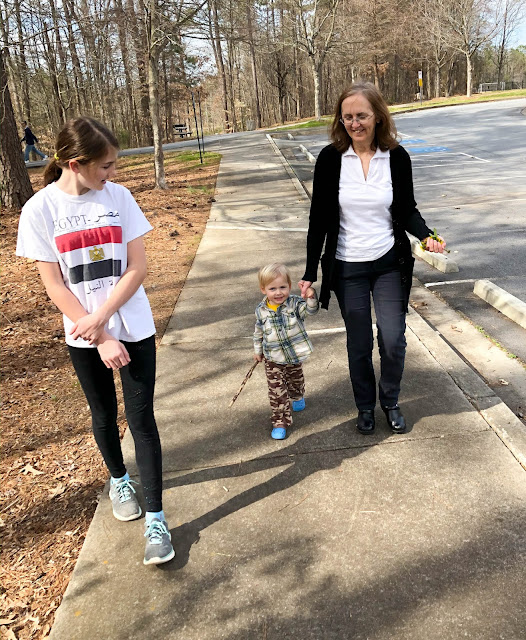 And here's Benjamin striking a pose on a stump (one of his favourite pastimes): 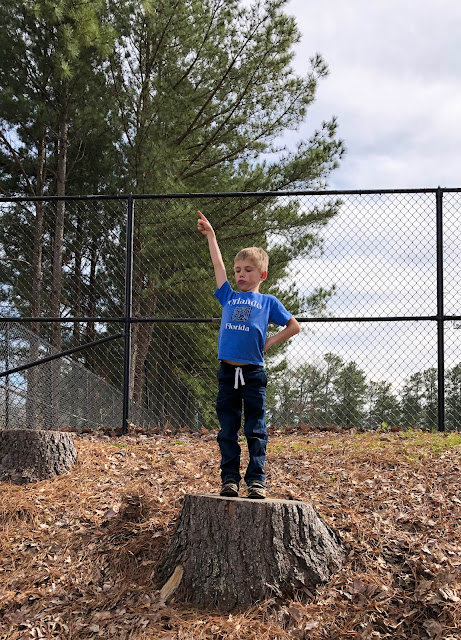 After exhausting ourselves on the spinning wheel at the first park, we headed to what we call the "spider park" to play some more. Alexander made Naanii follow him all around (and told her probably 100 times that he is Daniel Tiger). Here they are going down the slide together: 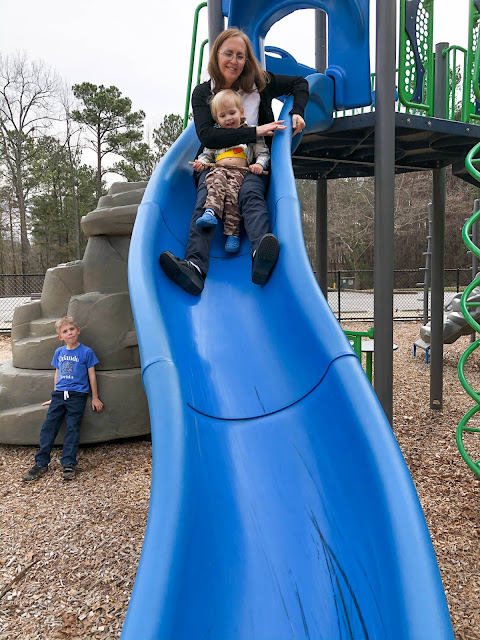 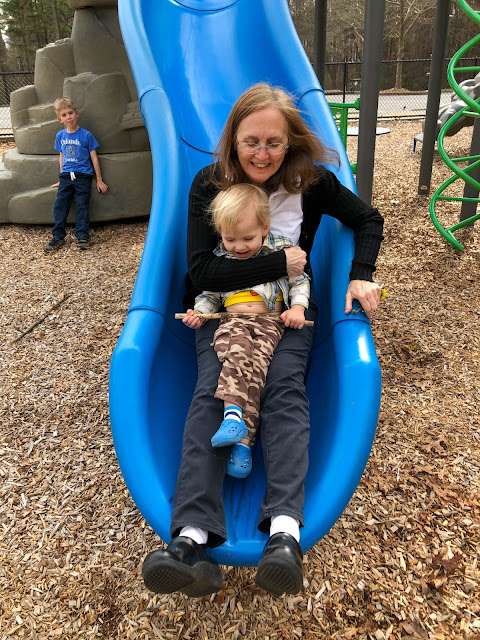 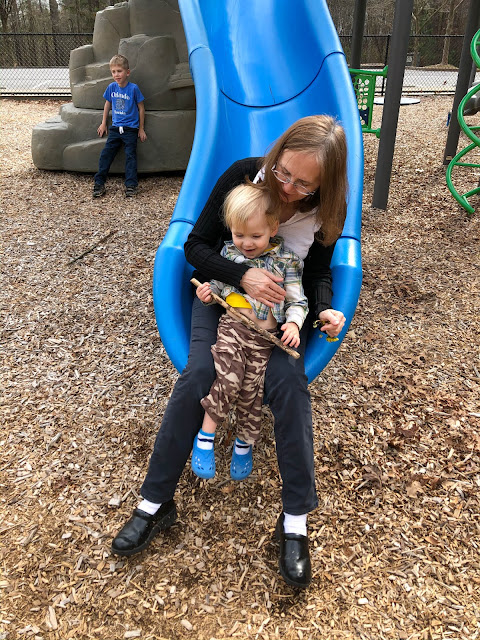 Here are Miriam, Rachel, Andrew, and Benjamin resting on a hammock/rope bridge: 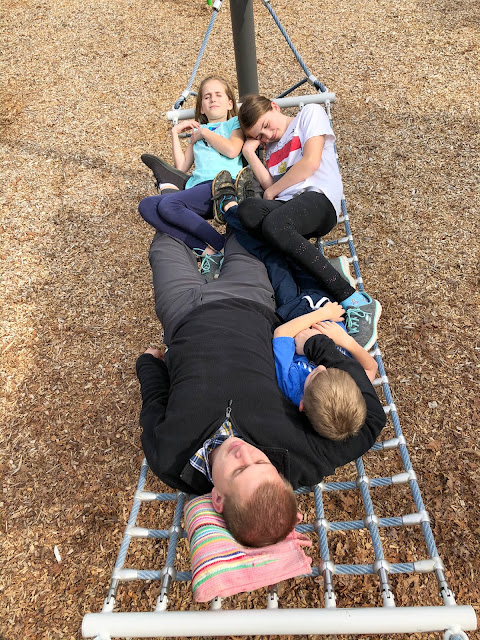 Here's Miriam worming her way through the rings of this ladder: 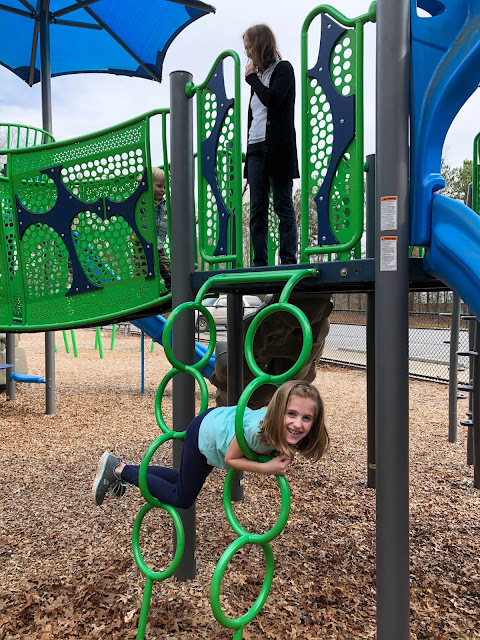 And here's Rachel attempting to pull off the same feat: 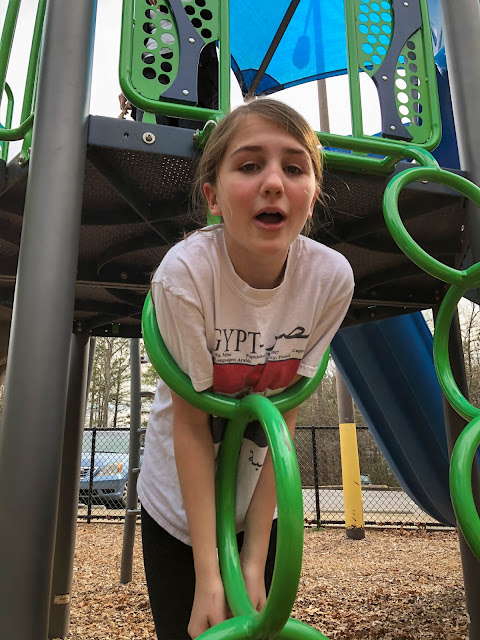 Zoë got super staticky on the slides: 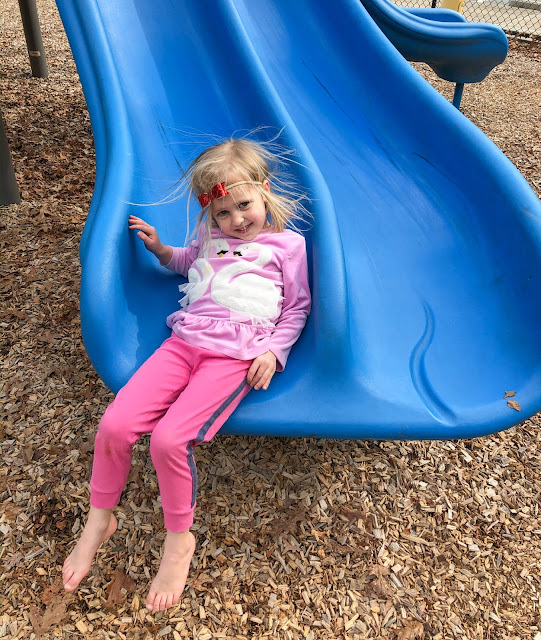 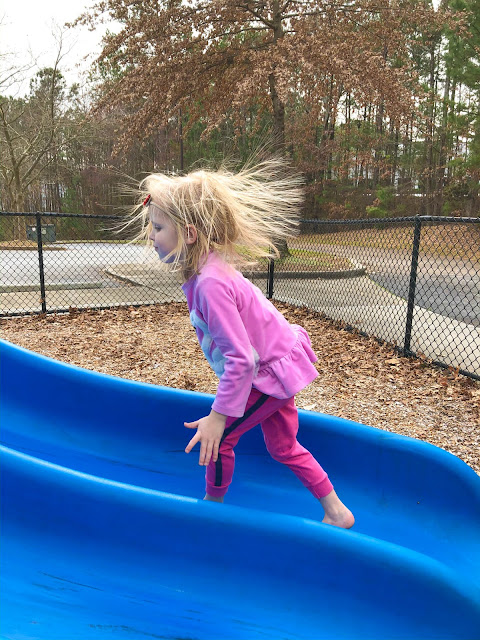 And we finished up our visit with a lovely stroll around the pond. Here's Daddy dripping in children: 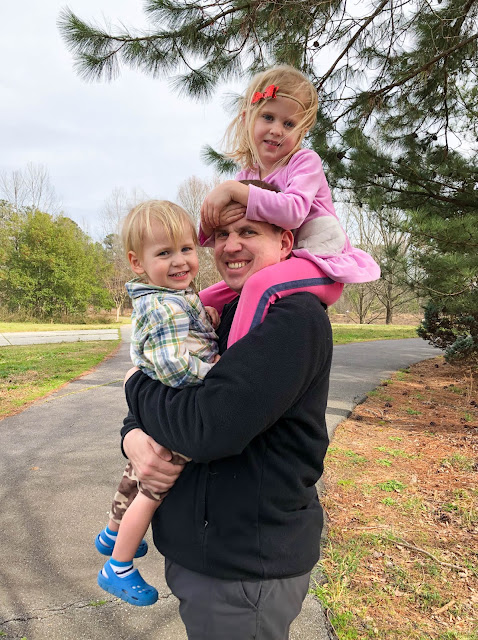 (There aren't many pictures of Benjamin because he, unfortunately, was feeling rather sulky. He was thirsty and tired, I think (I think that because we all were, but he was letting it get the best of him (which happens to the best of us at times))).
Posted by Nancy at 11:13 PM