The morning my mom left I finally broke out my actual camera to take a few pictures because although my cell phone camera takes fine pictures I'm never quite satisfied with the quality of them. Unfortunately, I didn't check my camera settings and it was set all wonky so the pictures ended up just as fuzzy as a phone picture, which I'm rather sad about. But here are the pictures we took on Thursday morning, anyway...

My mom got up early to say goodbye to Rachel before school (we let the little ones sleep in because they had gone to bed a little later than usual after all the excitement of having cousins over the night before) and we took a picture to compare their height because Rachel is getting close to being as tall as Naanii: 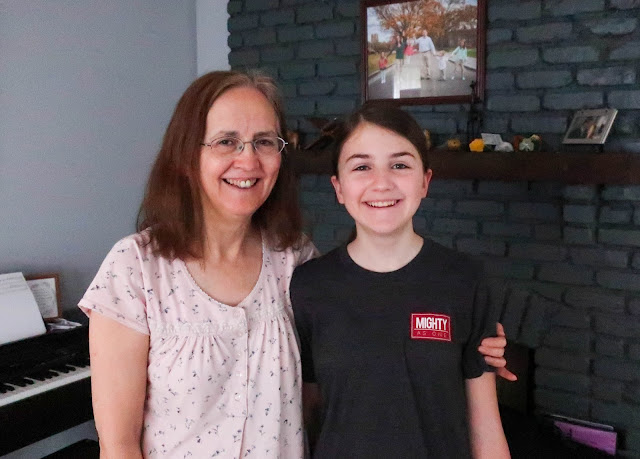 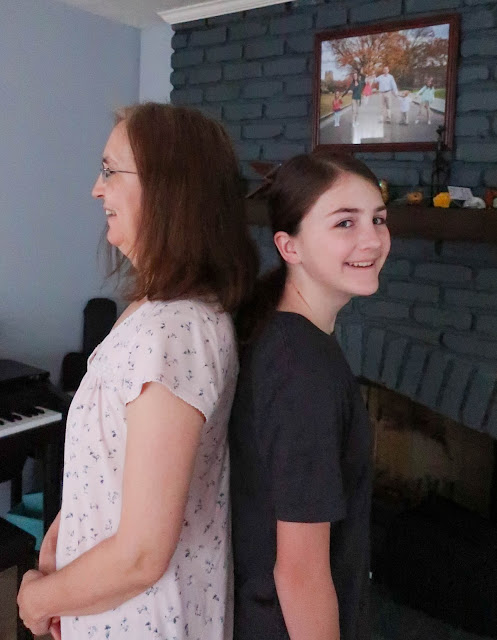 After the little kids got up we played a few rounds of Bananagrams: 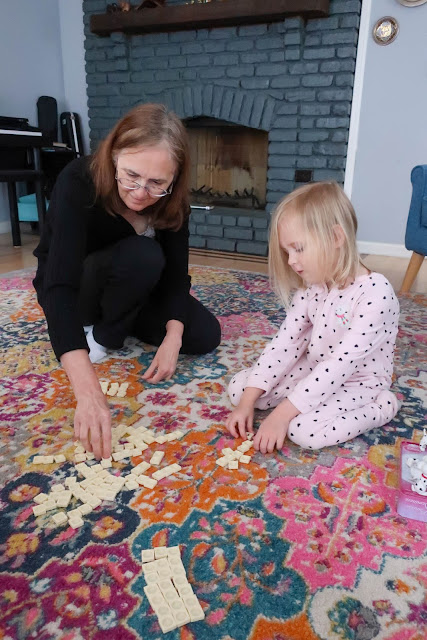 Zoë was the very last one to get up—she didn't roll out of bed until around 10:00! 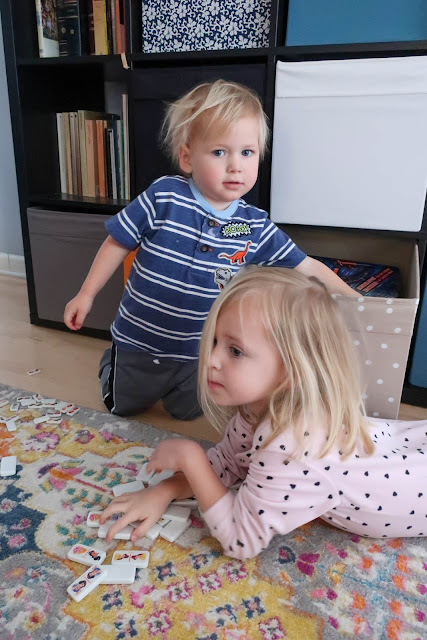 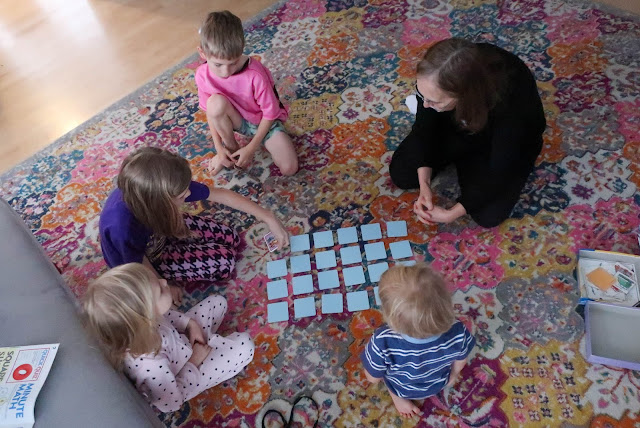 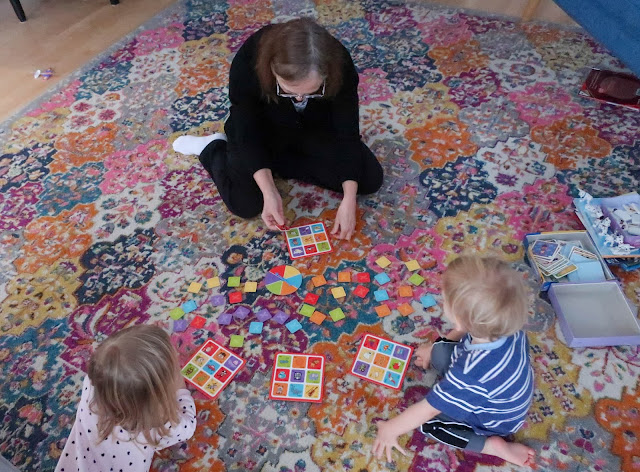 Here are the four little ones with Naanii: 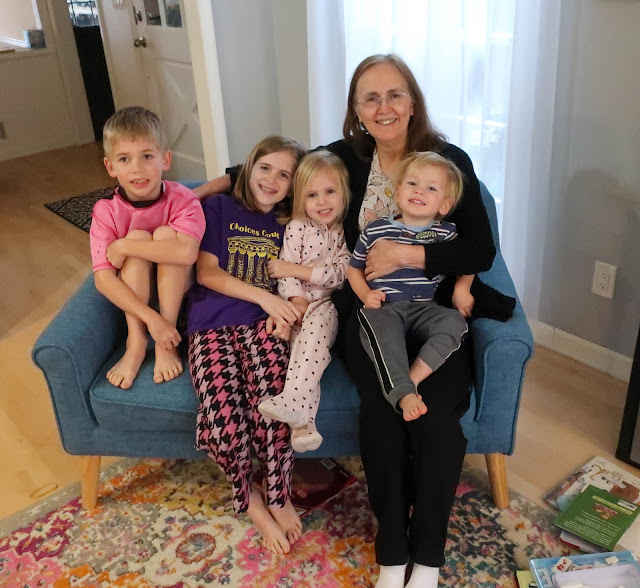 I'd been hoping to grab a picture of her with all five kids, but after putting them to bed so late I was afraid of waking them up before Rachel left for school, so we'll have to live with the pictures we have.

Here's a picture of me with my mom (and Alexander): 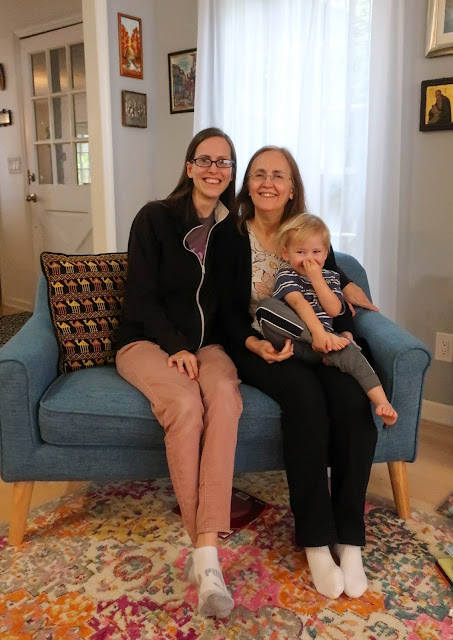 And here are the kids wishing her bon voyage: 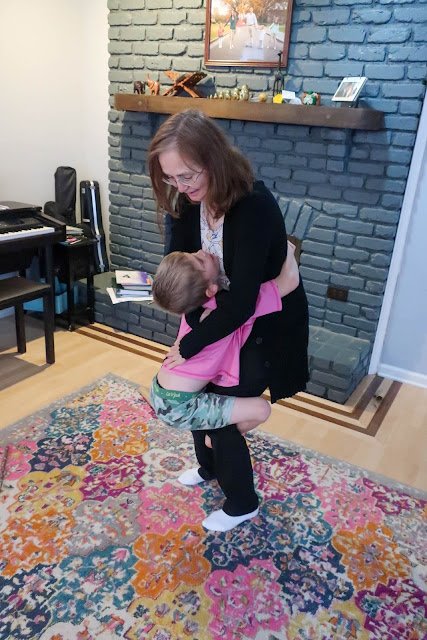 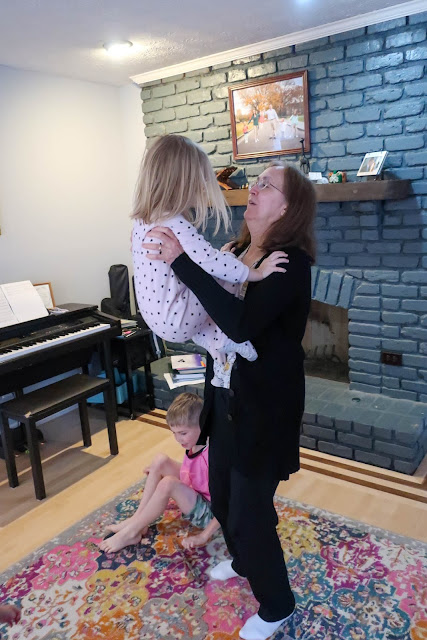 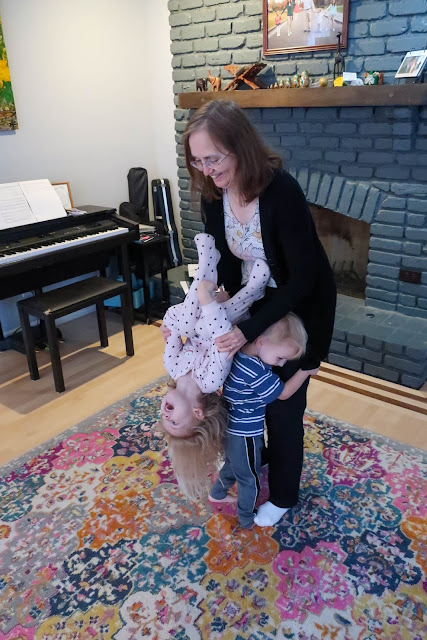 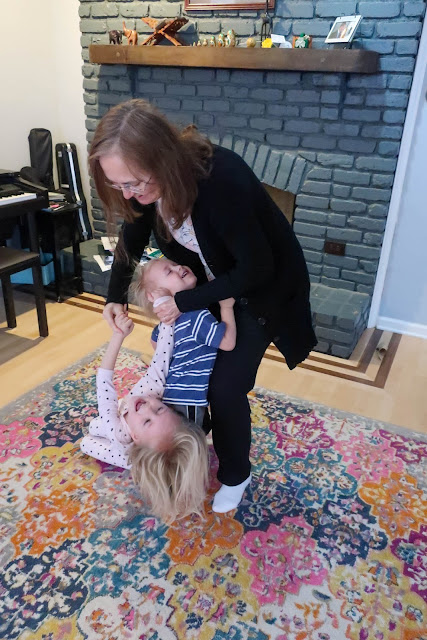 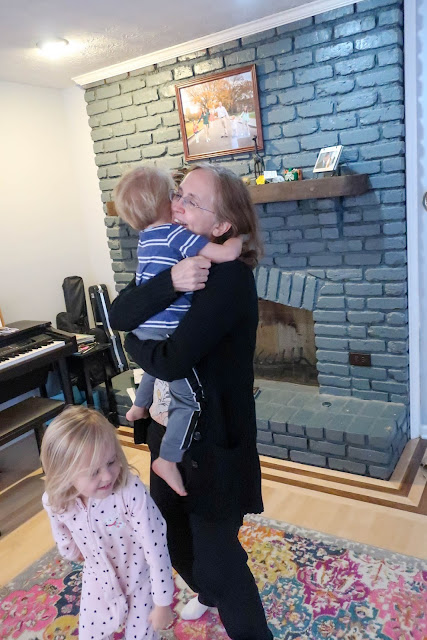 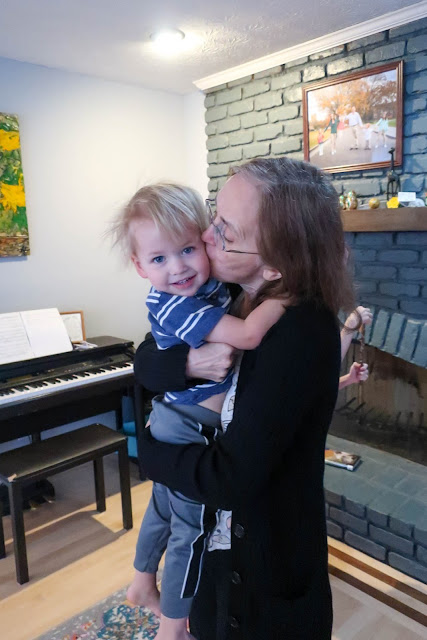 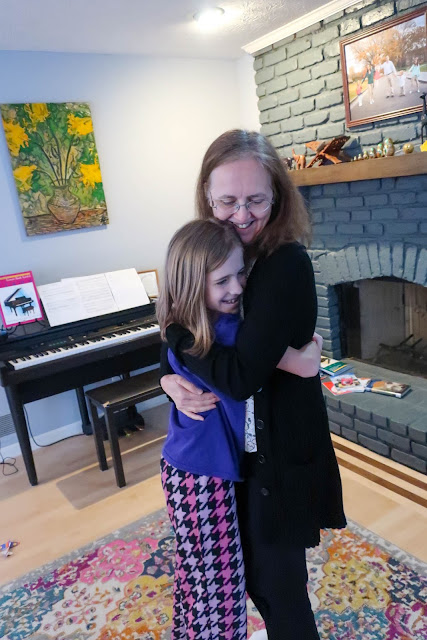 We already miss Naanii! Zoë was up crying in her bed last night about how sad she is that "her Naanii is gone and her grandma is dead," poor little grandm-orphaned child. It's hard to live so far away from family, but at least it's easier to travel to see family these days than it was in the past.

My cousin Dylan was telling me about how her sister is planning on driving down to visit her after the baby comes—from Calgary! That drive sounds horrendous, but I suppose it's possible to make. Dylan pointed out that Holly's kids aren't as young as my kids (and that helps make drives go quicker). It gives me hope that perhaps some day driving up that far north won't seem as impossible as it seems today. Driving as far as Utah seems possible (still horrible, but at least possible) but pressing on for 12+ hours longer than that seems just too far.
Posted by Nancy at 10:55 AM