My sweet sister saw an ad for a game online when we were in the midst of some potty training regression (thanks to our friend Daniel Tiger) so she decided to buy it and send it to us. She meant for me to hang on to it until Easter but given the chaos we've all just been thrown into (updates: California—the entire state—is on shelter-in-place and Athens (not too far from us) is also sheltering in place while Atlanta (Foulton county) has ordered all restaurants and bars to cease face-to-face interaction (though they can do take-out orders still)) she suggested we just open it and play it right away. So we did and it was hilariously fun! 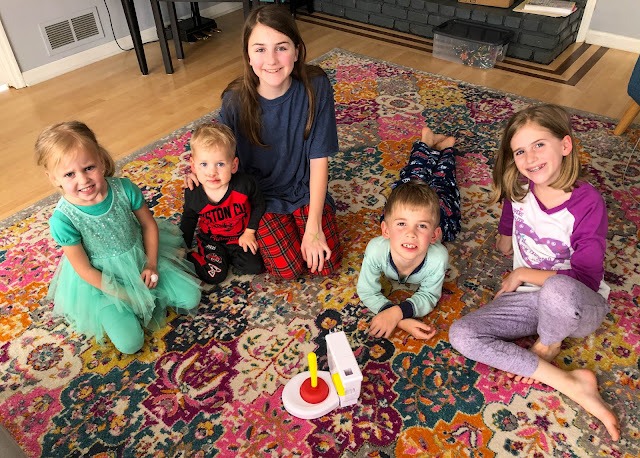 It's called Flushin' Frenzy (or something like that) and it's kind of like that Pie Face game that came out a few years ago, except I didn't like the Pie Face game because the idea of being whapped in the face with whipping cream isn't really attractive to me. But the principle is the same—kind of a Russian roulette situation.

First you "flush" the toilet, which rolls the die, which tells you how many times you have to plunge the toilet. After a random number of plunges, the poop that is clogging the toilet will fly out of it and whoever is the first to grab it wins that round.

We learned that Rachel has cat-like reflexes and zero restraint. She kept reaching out and snatching that...poop...even after I told her to chill and maybe sit on her hands and let her siblings attempt to catch it. Even then her hand would fly out from under her and she'd snatch the poop midair. It was amazing but also made everybody cry. But then Andrew heard all the hullabaloo and came out of his office to challenge Rachel and gave her quite the run for her money. There were a few wrestling matches for the poop and...all in all it was a great way to relieve some of the stress from an otherwise rather stressful situation.

Not that we mind staying at home...because...we don't! We actually quite like it.

Here are some pictures of the kids playing: 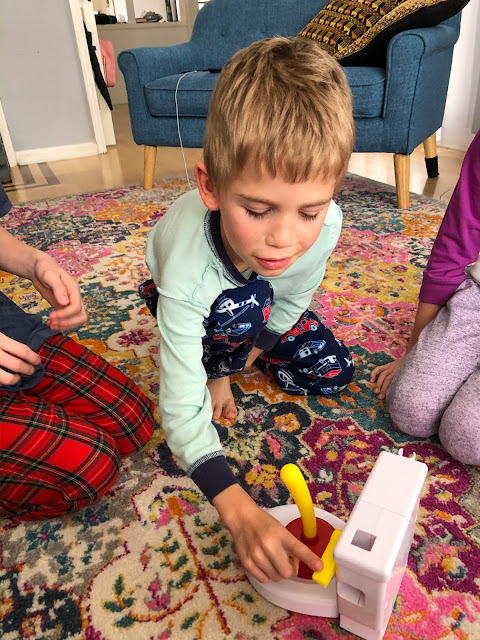 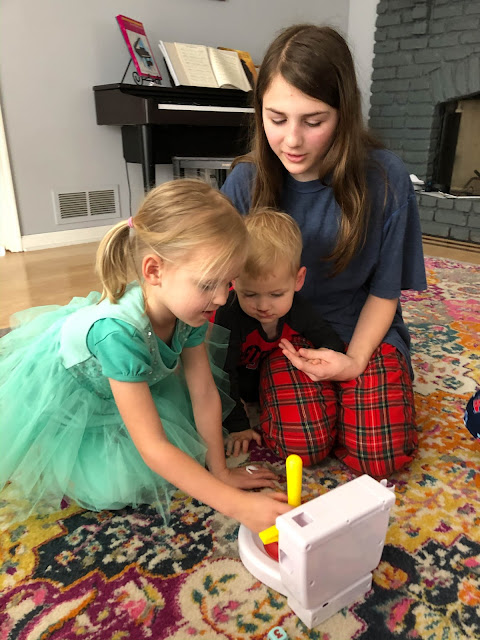 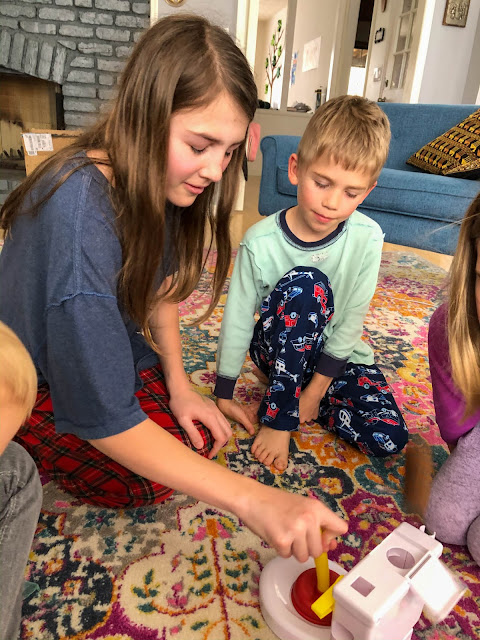 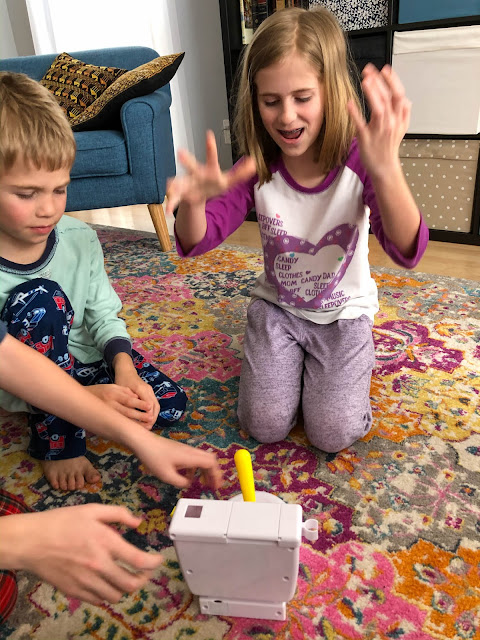 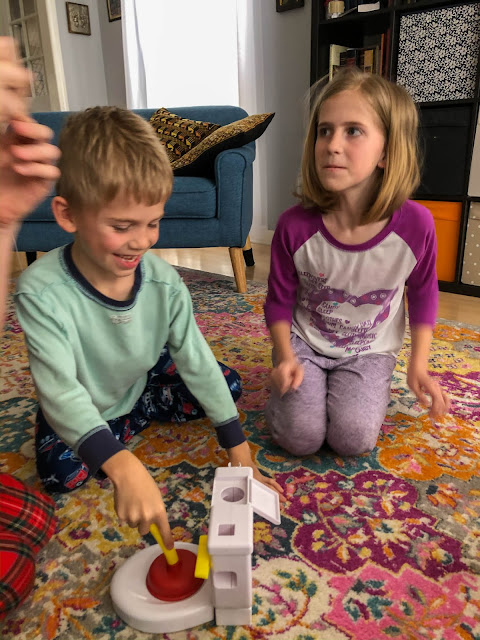