With a lot of encouragement and help from Andrew (thanks for the encouragement and for taking the little ones grocery shopping so I could have some alone time), I did two Very Big Things today. First, I finished and submitted my writing sample—the very last requirement for my grad school application (aside from soliciting letters of recommendation (technically they've all been solicited; they simply haven't all been fulfilled)). Second—and probably more emotionally monumental thing—I cut my baby's hair!

Andrew wanted me to buzz it all off but I simply could not, could not part with all his baby fluff, so I buzzed the back and sides and used scissors on the top. Here he is before: 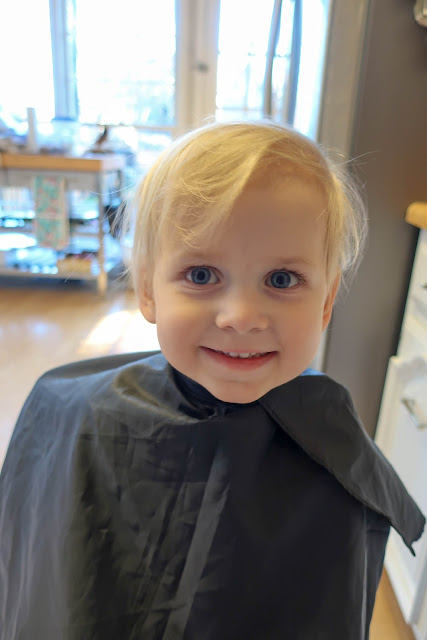 And here he is with his hair pulled into a little ponytail (which you can bet your bottom dollar I kept): 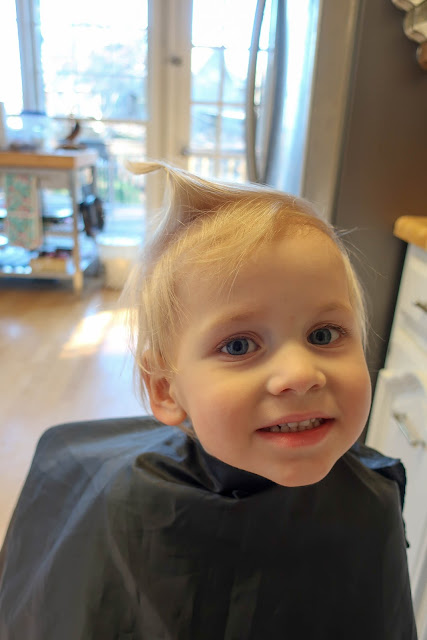 And here he is mostly after: 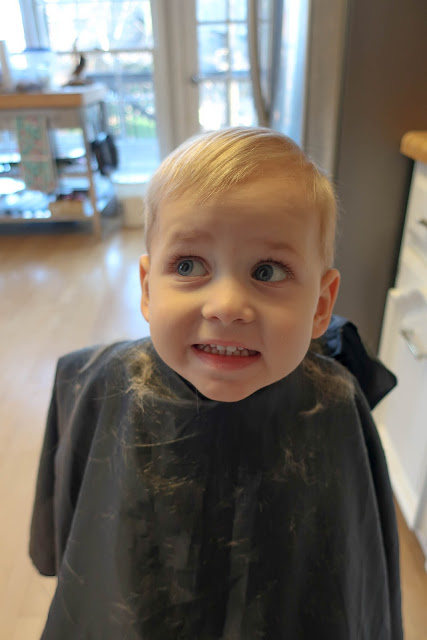 You can see he still has just enough fluff on top to play with (because I don't know what any of us would do if we couldn't continue to play with his fluffy hair (die, probably)).

Cutting his hair was, um, amazing. He sat perfectly still the entire time, only reminding me a few times (orally) to just cut his hair (not him). He didn't wildly thrash about or wiggle or squirm or scream or squish his shoulders up to his ears or anything like that, which is just more evidence that Benjamin is in a league all his own. I suppose cutting little boys' hair isn't the most terrible thing in the world. It's a thing that used to fill me with dread because with Benjamin it is such an ordeal. Good to know that it doesn't have to be that way all the time (it just has to be that way with Benjamin, apparently).

A friend of mine—with five boys—offered to let me watch her cut her boys' hair to get some tips but I haven't gotten around to doing that yet. I did, however, finally order the blending scissors she told me about, so perhaps I'll be able to tidy up Alexander's first official haircut when those arrive.
Posted by Nancy at 5:12 PM