Adrift in a sea of black robes and square caps, Rachel held on to whoever was carrying her, burying her face in their shoulder. She was absolutely terrified of all the people dressed up in academic regalia--even Daddy was too scary for her. She was very reluctant to go to him at all, especially when he had his hat on. She would giggle nervously and squirm to get away whenever he had her. 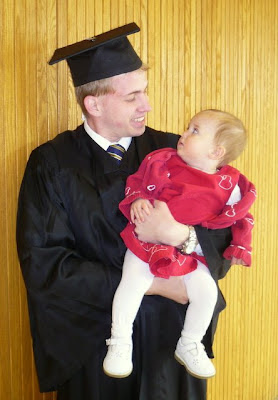 Get away from me! 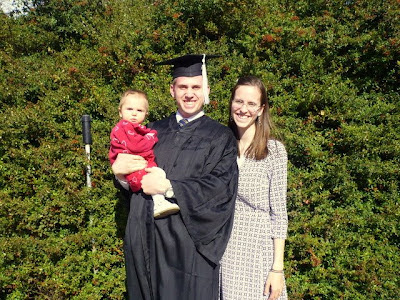 (She looks petrified in this picture!)

When Andrew's dad graduated from BYU Andrew was seven months old. Karen sewed a little set of robes and made a mortarboard hat for him to wear, which she kept packed away for 23 years.

Rachel got to wear it today. She was a very brave girl and walked with Daddy during his college convocation, even though she was afraid of him and his hat. She sat with me and our family during the program, and then I got her dressed in her robes (which scared her half to death) and my mom stood in the back with her until Andrew walked by. She was sad to leave Noni/ Grammy/ Nana/ Grandma (she hasn't quite decided on a title yet) but let Daddy carry her anyway, whimpering the whole way. Andrew was afraid she was going to break out in hysterics at any minute, but she did a good job suppressing her fears until she was back in mommy's arms. Then she buried her head in my shoulder and wouldn't look up at anybody. 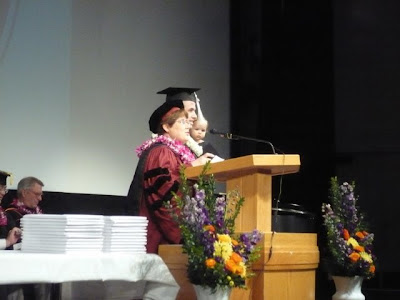 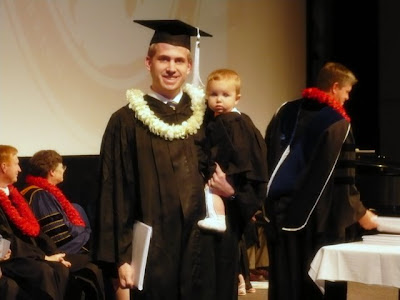 It's a good thing we have 17 or 18 years to get over this fear before she, herself, will have to don such robes again. 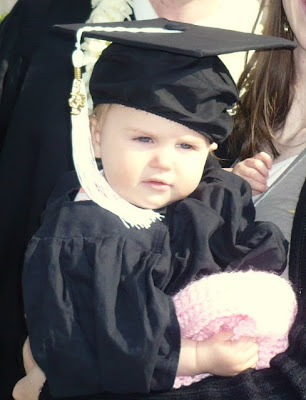