Now that we've purchased our plane tickets, the fact that we're moving to Cairo is really hitting home.

We did the same thing with grad school, only this time we spent a little more time studying things out before we applied. We even almost applied to the University of Utah as well...but in the end only one application was completed and sent in. And then we held our breath. 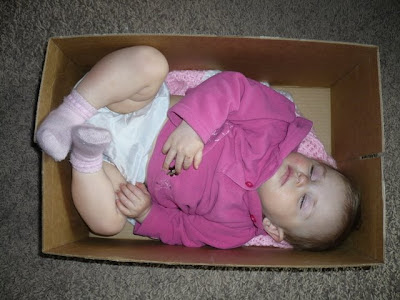 As soon as we found out we were accepted, Andrew made a wiki on Google Pages for us to keep track of all the details of our move. Most importantly he added a countdown. Since we didn't know when we would be leaving he arbitrarily chose August 15th as the ending date and we've been counting down from there.

We bought the tickets on Friday. The cheapest day I could find to fly was August 13th, so soon after purchasing them I went into the wiki and changed the countdown date to August 13th.

"Did you change the countdown?" Andrew asked.

"Mmhmmm," I grunted through a mouthful of pizza.

"What was it before?" he asked.

"139," I said after swallowing. Sometimes I remember not to talk with my mouth full.

"And how many before?"

"What do you mean?

"What?" He asked, innocently.

"Wow! I was only two days off!" He gloated...but I soon brought him back down to earth.

Apparently those are too big of numbers for him to work with.

I have to tease him while I can because pretty soon I'll be the one making all the embarrassing mistakes. You see, I don't speak Arabic very well at all. I know taxi Arabic, but most of it is memorized and isn't conversational. I could still tell a taxi driver where to drop me off in Amman, and I can ask where the restroom is but it usually comes out meaning "bird" instead of "bathroom," but I'm not too great at forming unique sentences just yet.

When we were in the car on Sunday Andrew was helping me understand how to use "we" a little bit better. For some reason the only verb I can say in "we" form is "to have" and usually I conjugate everything in "you" form. It's rather sad. In fact, I didn't even know how to say "we" before yesterday.

"Ihna amrikiyeen," I repeated back. That means "We're Americans."

"Ihna irhabiyeen," I parroted, "What does that mean?"

"It means, 'We are terrorists.'" He said matter-of-factly.

"Perhaps you shouldn't teach me to say that," I suggested.

We are not terrorists. Much better. I can only imagine the trouble we'd be in if on the airplane on our way to Cairo I turned to my Arabic-speaking neighbor to introduce us.

"Hi, my name is Nancy, this is my husband Andrew and our baby, Rachel. We're Americans...and terrorists. It's so nice to meet you."

Somehow I can't see that going over very well at all.
Posted by Nancy at 12:15 AM