After lunch I pulled all the cushions off the couch so that I could vacuum under them since we haven't done that since we got the couch (shhh! don't tell) and there were plenty of little treasures hiding under and between them.

Rachel had a great time climbing over and around them while they were piled up on the floor. When I was all finished vacuuming, Rachel and I built a fort. Mostly I built it and Rachel played in it, but that's beside the point.

We read Teeny Tiny Tingly Tales, a book of (not so) scary stories, in the dark of our fort. Rachel thought the pictures were pretty silly. 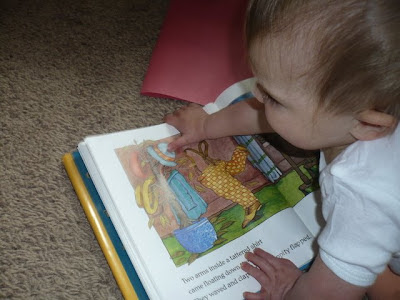 What's this? A pair of yellow pants, with nobody inside them! 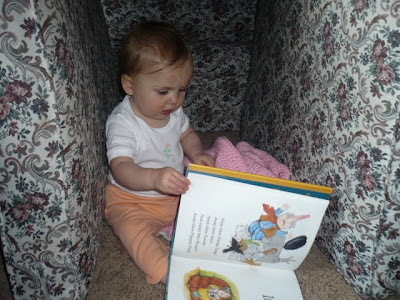 Old Dr. Wango Tango gets blown away
Then we played some rousing games of peek-a-boo, rub-your-head-on-the-roof, and knock-the-door-down. 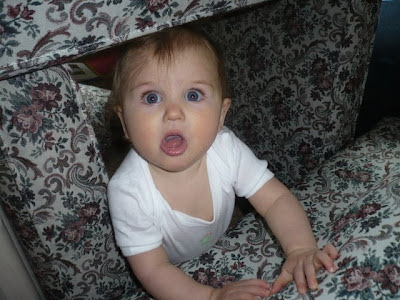 Rub your head on the roof 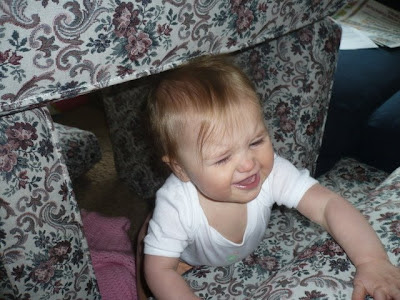 We had to brace the supporting walls of the fort against the couch and the table because the first time Rachel knocked down the door the whole fort collapsed on top of her, which she didn't really enjoy. She found knocking down just the door pretty enjoyable, though. 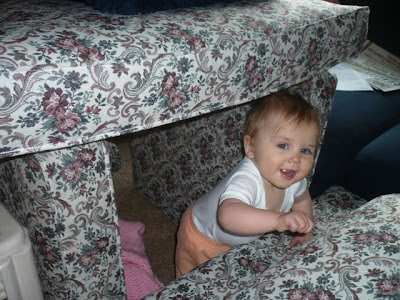 Knocking down the back door 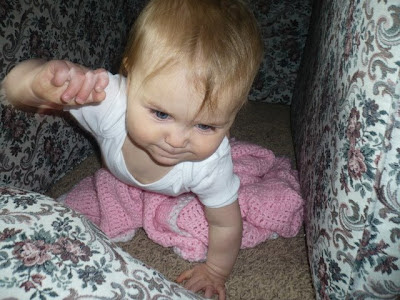 Knocking down the front door

After about a half hour of playing Rachel was pretty worn out (and all staticky from rubbing her head on cushions) and I was wondering if it was fair that I was having this much fun while Andrew was stuck at work all day. And then Rachel needed to go potty and, while I wrestled with Rachel to get a diaper on her after she was finished, I remembered that motherhood, as much fun as it can be, isn't all fun and games. Still, I'd rather have my current job than be away from my baby all day long! 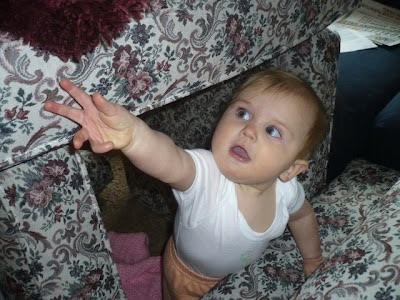 What's this pillow doing on my roof? 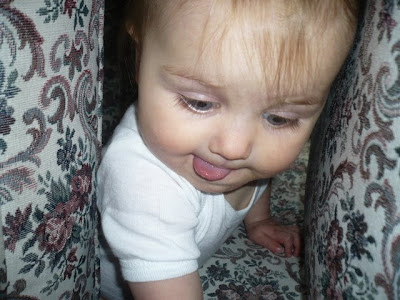 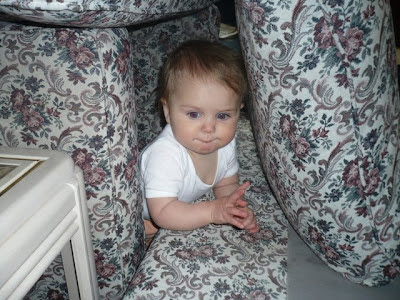 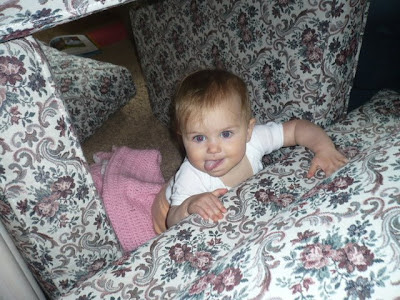