We came back down to Orem for the weekend to spend some time with my side of the family. We also got to visit with the Tessems, which was fun. Rachel and Grace became good friends when we moved out to North Carolina and even though they hadn't seen each other in a year and a half they were able to settle in with each other quite quickly. They're two similar souls. 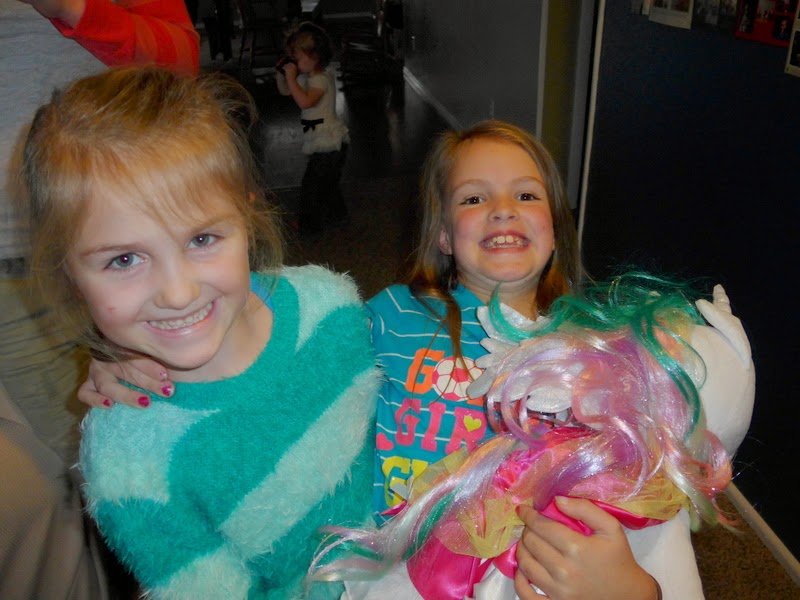 Grace's birthday is also on January 1st and she got some new presents she wanted to show off, including a hammock for her bedroom. All the little girls had fun sitting in it together. 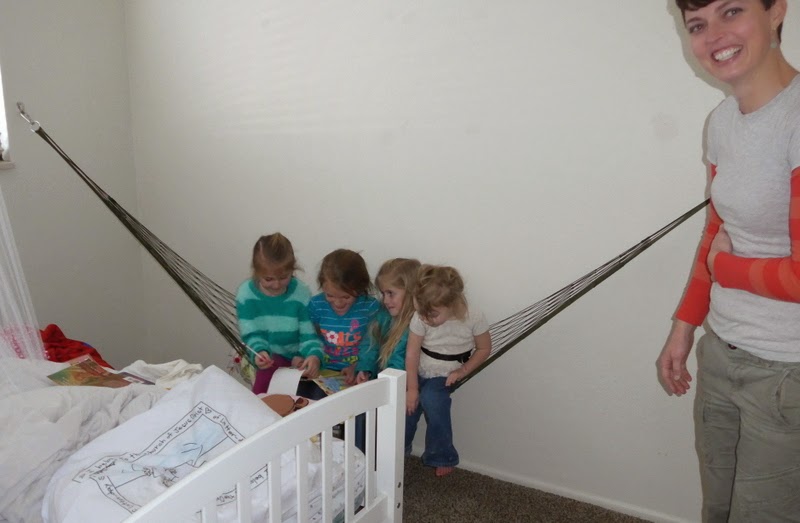 Olivia (far right) is only a few weeks older than Benjamin but she's just about Miriam's size! The Tessems breed 'em tall!

It was fun to spend a couple of hours with them. We stayed much longer than we intended to because time just flew by! It was just like visiting teaching (I was Kathleen's visiting teacher until she moved) when I just couldn't seem to ever get out the door.

When we got home Auntie Josie made friends with Benjamin by playing "the boat show" with him (known as Assassin's Creed: Black Flag). She turned off the sound, played with a real controller, and let Benjamin hold a "dummy" controller. He really enjoyed shooting cannons and making explosion sounds. I'm not sure it's the best game for a two-year-old to play but it got him to sit and cuddle with Auntie Josie for a few minutes. 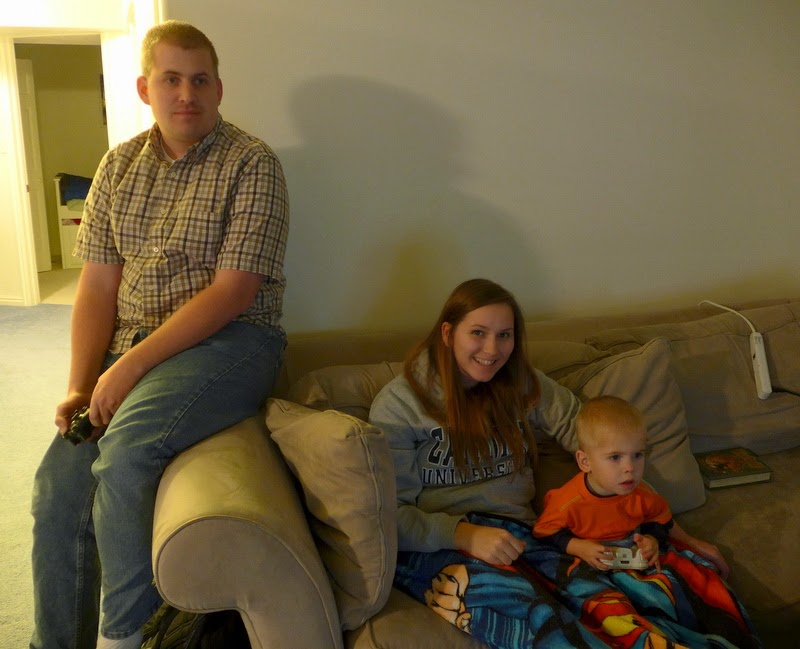 Later in the evening we were joined by Matthew, Rosie, and Rosie's boyfriend Christevan. We played some of Uncle David's games—he has an amazing collection! 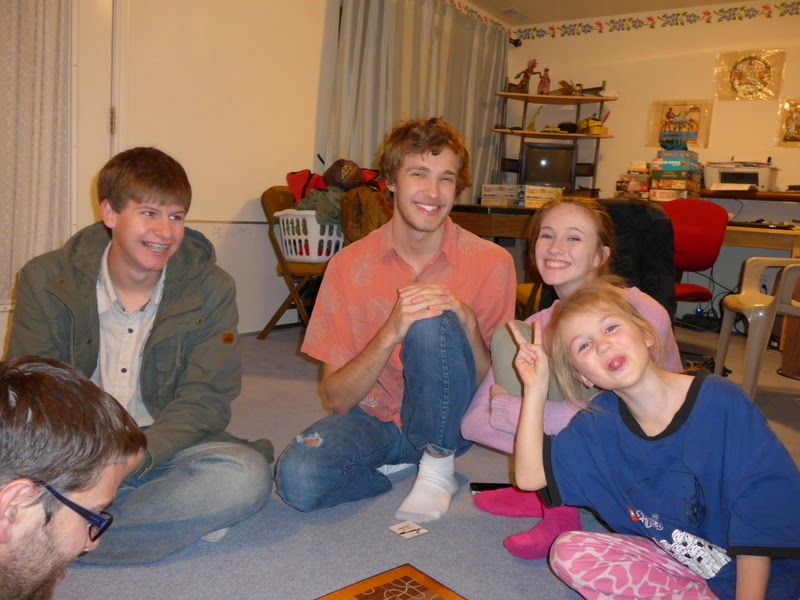 I can't remember what this game is called, but it was pretty fun to play. Even Rachel and Miriam had fun! 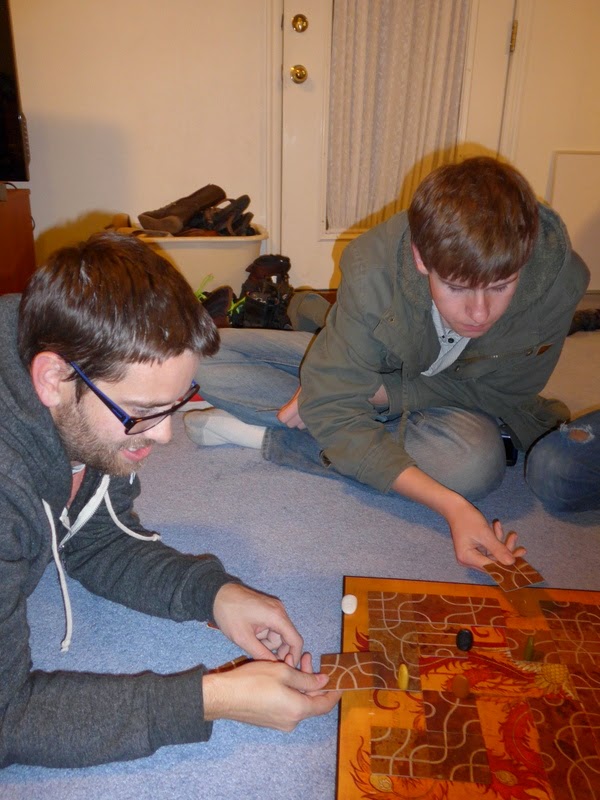 Matthew turned 16 on December 29th but we hadn't seen him yet so we gathered in the kitchen to sing to him over pie (and the leftover cake from Gavin's birthday party). 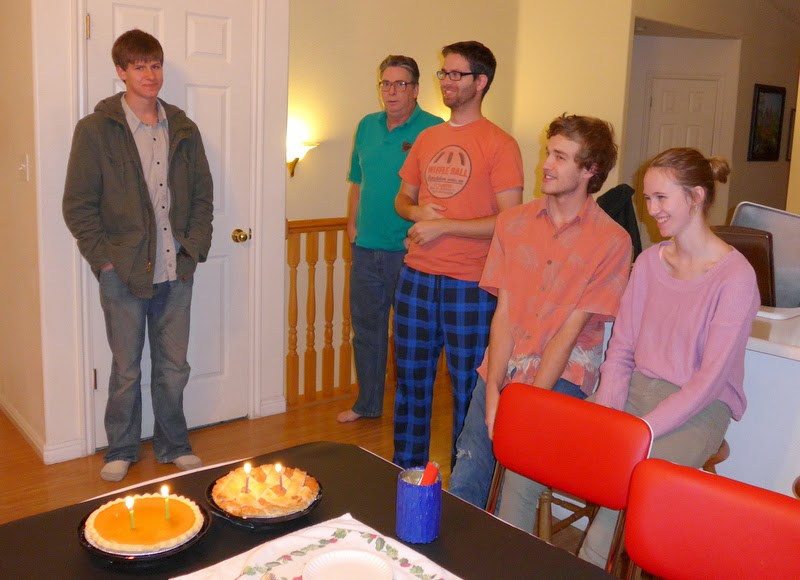 He got four candles because that's the square root of sixteen (and because sometimes finding enough candles for older kids is difficult). 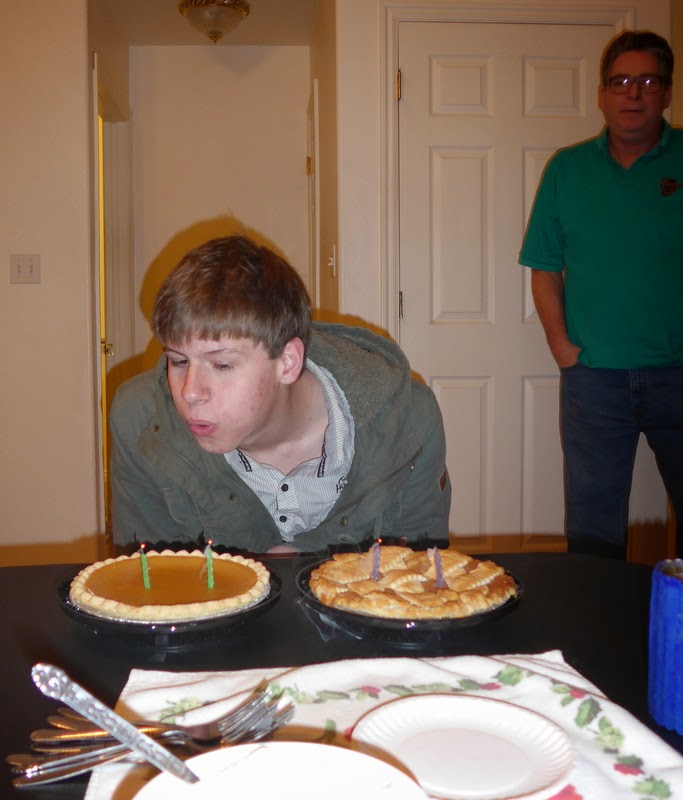 After dessert we gathered downstairs for more games. I'm not sure what game everyone is huddled around in these pictures (I also couldn't decide which picture was my favourite): 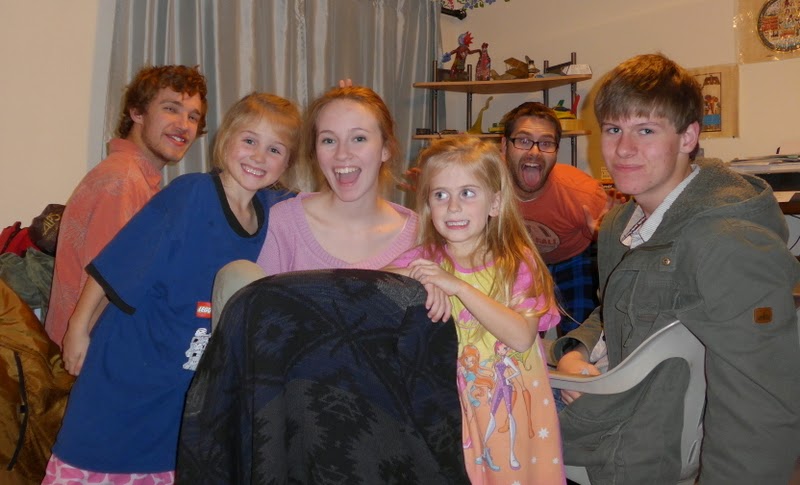 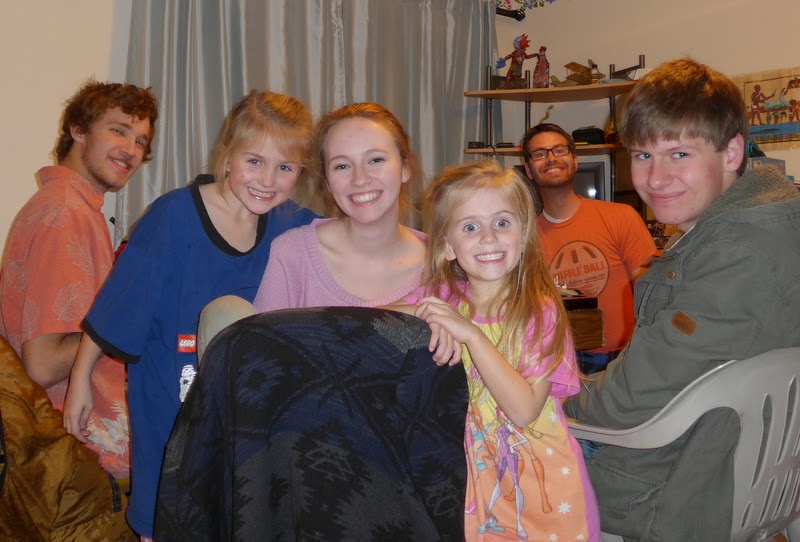 Before they left I made Rosie and Matthew stand for a picture with me so I could see how tall they were compared to me. Rosie's about my height (which I didn't believe until she said it herself and I saw this picture); Matthew's definitely taller than me. 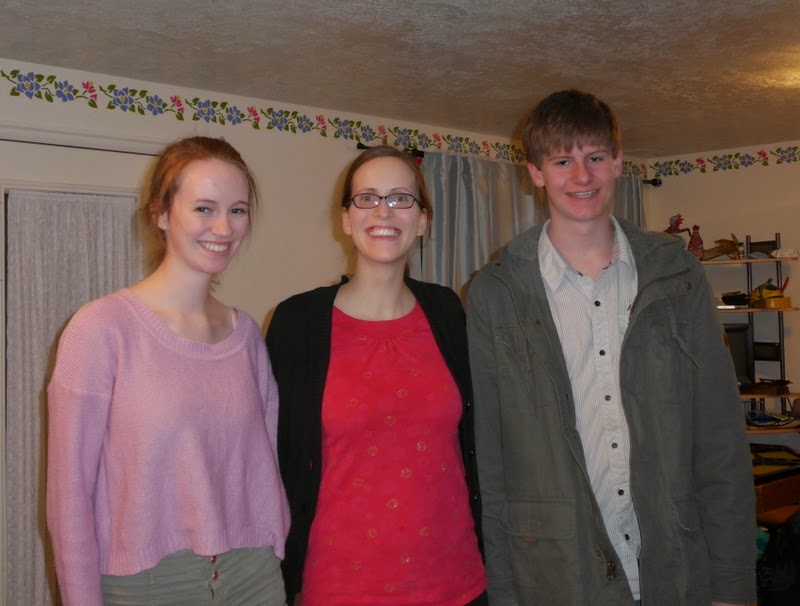 It's hard to believe I ever used to change their diapers! It's equally hard to believe that those great big children are the same ones huddled around tiny, little Rachel years ago...

Little people turn into big people so quickly!
Posted by Nancy at 3:46 PM