Being high risk for multiple—and almost conflicting—reasons is so much fun complicated. Now that I've made it past 37 weeks (the shots worked—no preemie!) they're getting anxious for me to have the baby already (there was talk of induction today—that's a first for me) because of gestational diabetes.

I was at the doctor for hours today.

We had to review my blood sugar numbers, which are good. Good enough that we might not even have to worry about induction, especially since I haven't gained any weight at all this past month and am technically measuring small (which means that the baby can't have grown too much either). 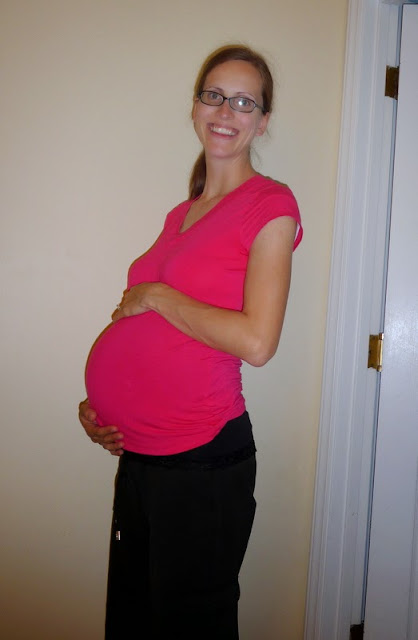 I joked to Andrew that I should just stop trying to control my blood sugar so I can get this baby out!

Honestly, though, I'd like to avoid an induction if I can.

The heartbeat is good but then the doctor couldn't tell what position the baby was in. She still hasn't "engaged" in my pelvis and the doctor couldn't find her head. She was worried her head was up by my ribs because I have a "hard mass" there so she ordered an ultrasound right there and then.

Turns out that hard mass is the placenta. But her head isn't quite where it should be either, but it is completely covering my cervix so they're crossing their fingers she'll just flip around to where she needs to be when the time comes. She's not breech and she's not transverse, per se, which made the doctor give a sigh of relief. "We'll call that almost cephalic," she said. The baby's, like, lying on my left side with her head to the right of (but also covering) my cervix.

I'll be spending some time on my hands and knees, I guess...

After that I was seated in what was possibly the most comfortable rocking chair in the world for a nonstress test. The program they use wouldn't load and we ended up having to call the help desk and it took forever just to get set up and then I had to sit there through the test. Good thing I brought a book. 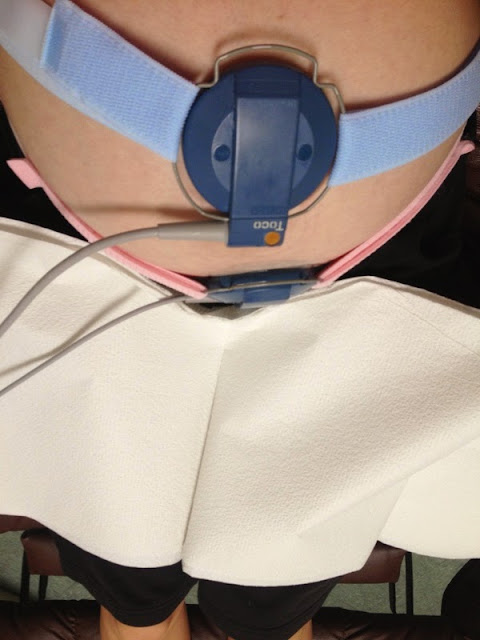 The baby cooperated quite nicely for the test and I had three big contractions (so, like, once every ten minutes (which for me does not mean I'm beginning labour, unfortunately)). The nurse came running in the first time and was like, "You just had a contraction. How would you rate your pain on a scale of 1 to 10?"

I hate rating my pain on a scale from one to ten. It's impossible. So I smiled and said, "I'm fine."

"That was a big one. I have women getting little blips on the screen and I come in here and they're writhing in the chair like they're going to die. But that was a big one!"

Yup. I've been practicing breathing techniques since November to get through these contractions. Let's all cross our fingers I realize I'm in labour when I'm actually in labour because I'm supposed to get an IV for antibiotics (I'm also GBS+ this pregnancy (any surprise that I'm carrying strep, Mom?)) and that takes like four hours to run its course. I suppose if I'm induced it won't be a problem, but since I almost (?) have permission to go to my due date there's a chance I will go into labour on my own as well.

Anyway, the baby is moving well and her heart rate is responding well to her movements and my contractions. She's almost in the right position for birthing. And I am definitely ready for her to come.
Posted by Nancy at 4:39 PM