We went swimming after school once again, naturally. It took us a few minutes to get out the door because of homework and chores (and fighting) and packing a picnic dinner. One of the moms on Rachel's team volunteered to get pizza for after the soccer game so we didn't pack a big dinner—just enough to hold us over until 8:00 when the game would be over.

I don't know who thought a soccer game for these girls at 7:15 on a school night would be a good idea, but that's when their final game was scheduled for and then we had a pizza party after so it was definitely bedtime when we got home.

So, we swam and ate and swam some more before showering and changing and running home to pick up Daddy so we could go to soccer. It was actually a beautiful evening for soccer; it was already cooling off and was just nice rather than sickly hot. 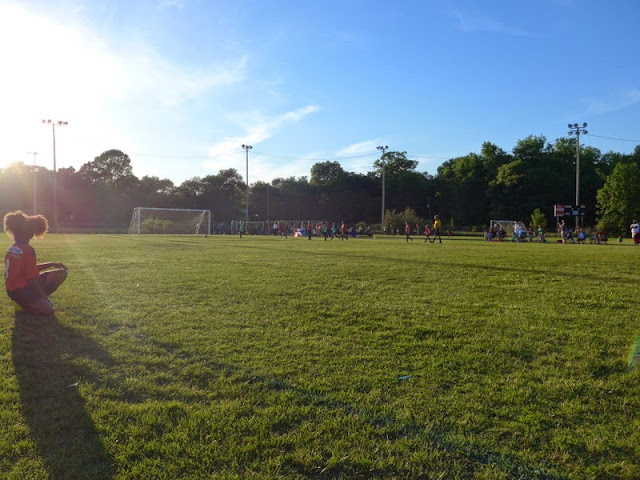 Miriam and Benjamin both begged to go to the playground but I insisted I wanted to stay to watch Rachel play. I've hardly seen her play this season at all!

While she played, Benjamin moped around. He was so bored. Eventually I convinced him and Miriam to go play on the bleachers and they had a lot more fun over there. 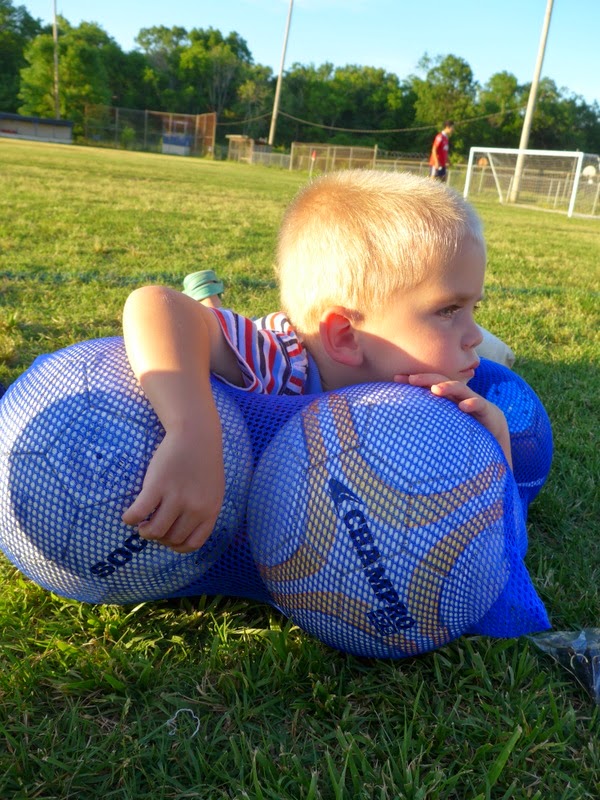 Rachel and her team played hard. They ended up tying the game at the very end and I missed seeing that goal because I had taken the kids to the washroom. Oh, well. At least it wasn't Rachel who scored. I mean, it would have been awesome if it had been Rachel but I would have felt worse about missing seeing it had it been Rachel. 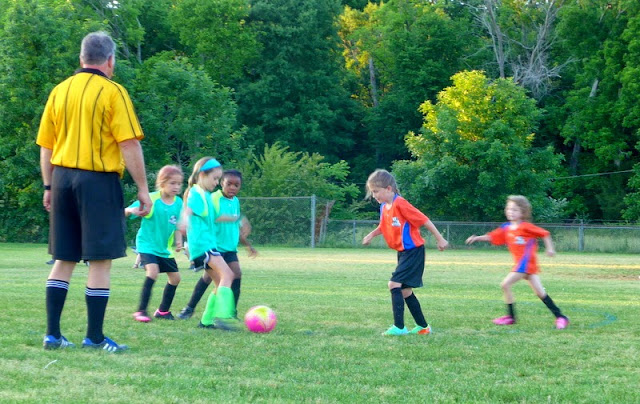 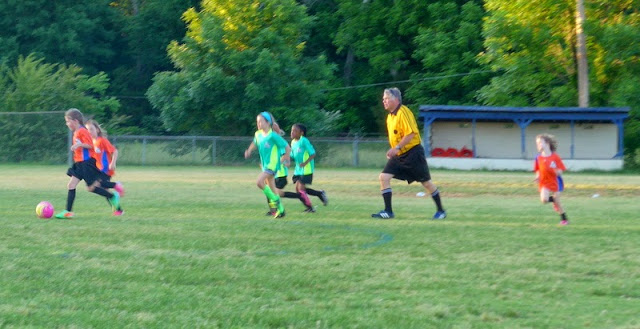 This game was a little trickier than their other games because they had them play on a U-10 field instead of a U-8 field. The field was much bigger than they were used to, but they did a great job! They've played this team—and lost to this team—so many times (because there were only two all-girl teams in our league this season) but last game they won 4–0 and today they tied 1–1 so it looks like they must've improved over the course of the season!

The children were duly rewarded for watching the whole game. Not only did one family bring pizza, another family brought cupcakes! I'm certainly glad my children filled up on cucumbers and watermelon at the pool because I think they each had two cupcakes. Watching Benjamin eat his cupcake was quite entertaining. He licked all the icing off first, of course. 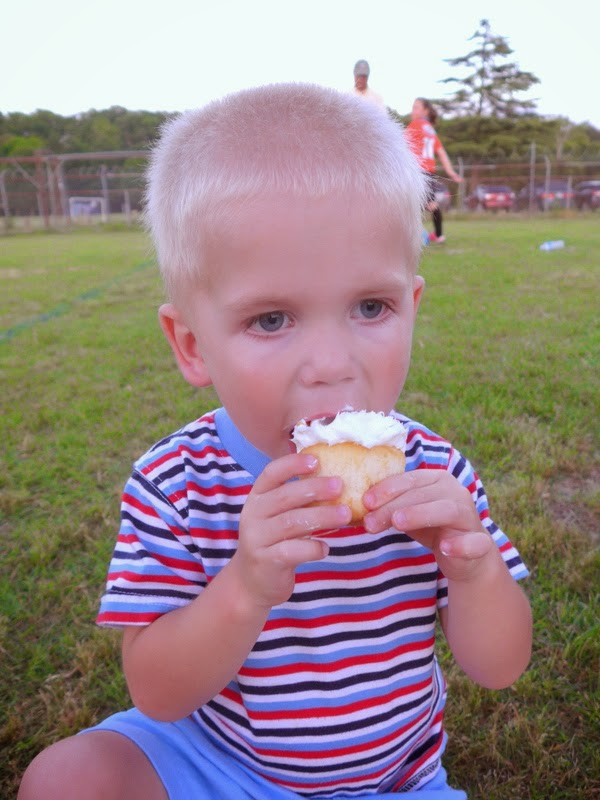 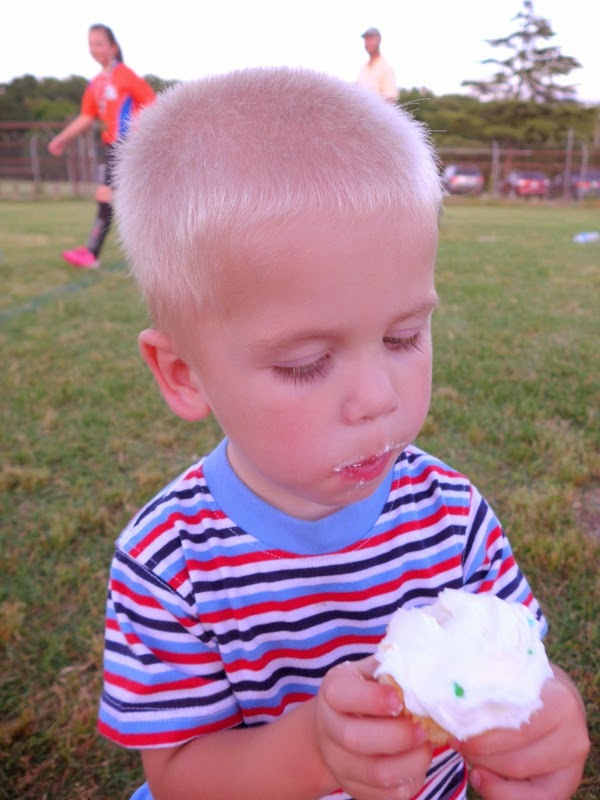 Rachel and Miriam enjoyed their goodies as well: 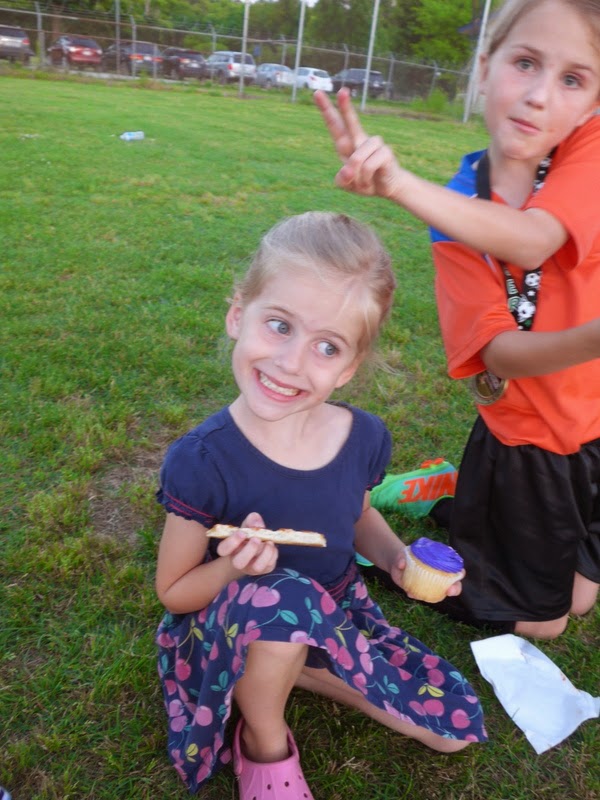 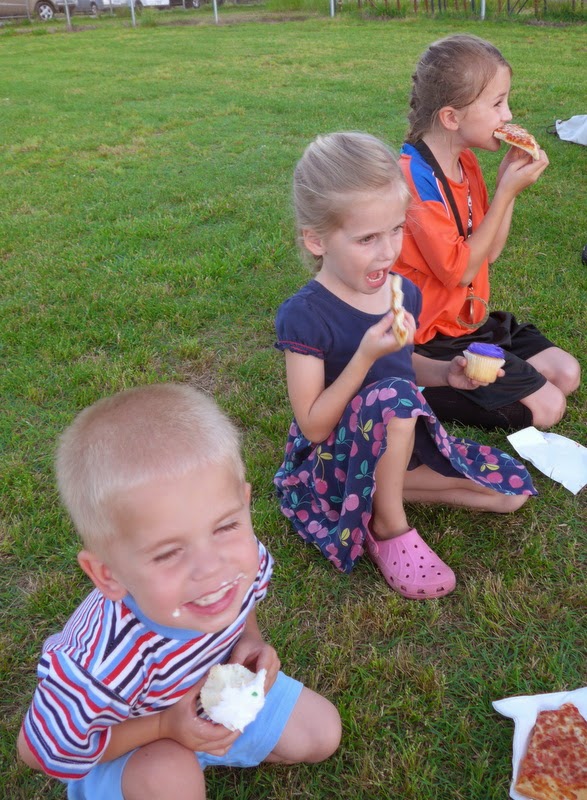 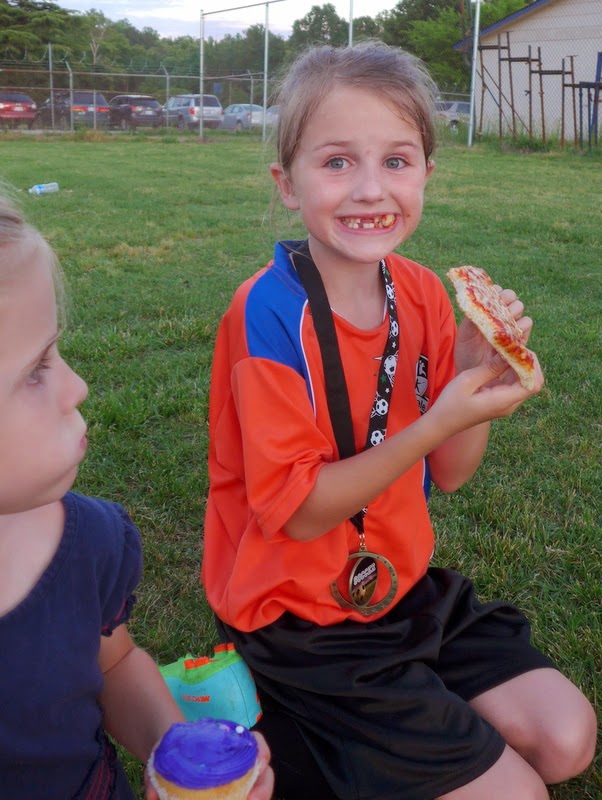 By the time Benjamin finished his first cupcake another tray was being brought out and he saw they had "wowie" cupcakes. I told him that he needed to eat some more of his pizza before he could snag another cupcake. He kept a close eye on the tray and kept updating me.

"You'd better eat your pizza fast, then," I said.

"Take a few more bites of pizza," I said.

"Mom!" he said urgently. "Only one wowie cupcake lest!"

I let him get his "wowie" cupcake and he joyfully licked off all the yellow icing (that probably tasted exactly the same as the white stuff—but it was yellow so much more special). 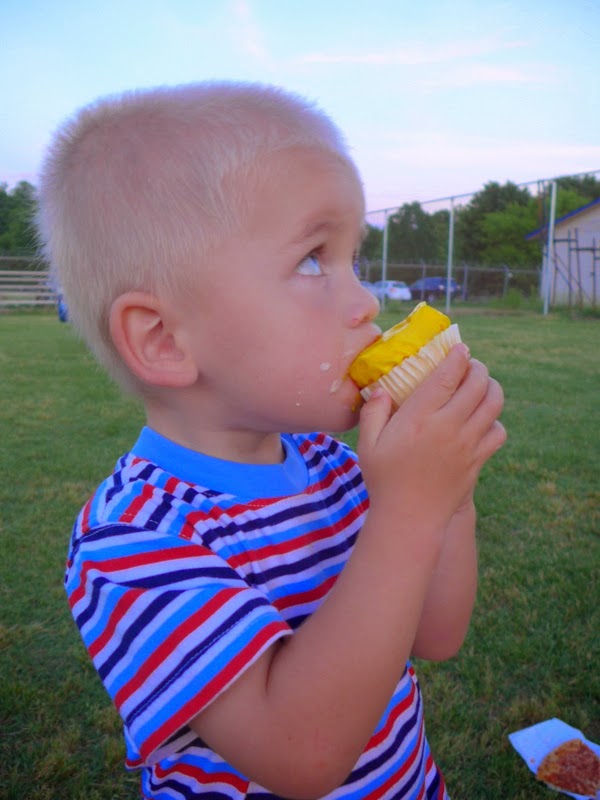 Oh, and Andrew handed out medals to the girls: 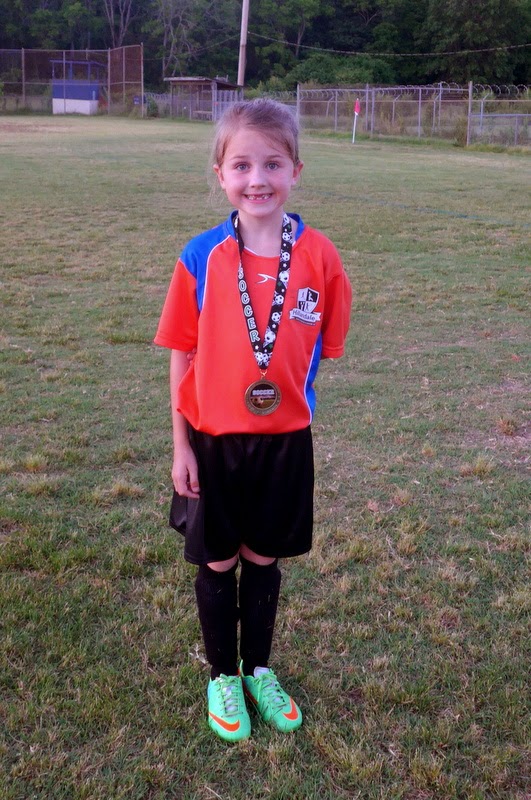 We recited scriptures in the car on the way home, hurried into pyjamas, brushed their teeth heartily, and put our kids to bed with slight tummy aches from too much dessert, but I suppose that's okay every once in a while. What better way to learn that perhaps one cupcake is enough?
Posted by Nancy at 10:18 PM