This morning Miriam had her last soccer game of the season as well as her kindergarten preview—both at 10:00. We decided to send her to soccer and I went to the kindergarten preview myself, which was slightly awkward because I think I was the only parent there without a kindergartener in tow, but it was still nice to see all the rooms and meet all the teachers and get the little goody bag for Miriam.

Oh, and then to sit and read my book while waiting for the game to finish. Andrew took all the kids with him so it was just me, my book, and my big ol' belly (and it was lovely).

The soccer game, I hear, was a lot of fun. Andrew gave Rachel the camera to play with and she went to town with it, taking dozens of selfies: 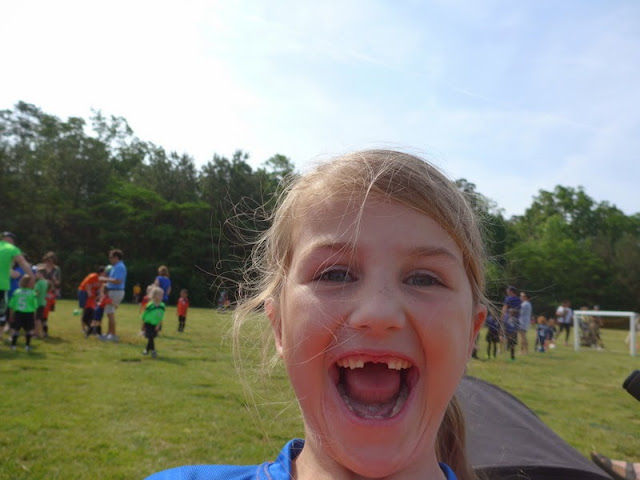 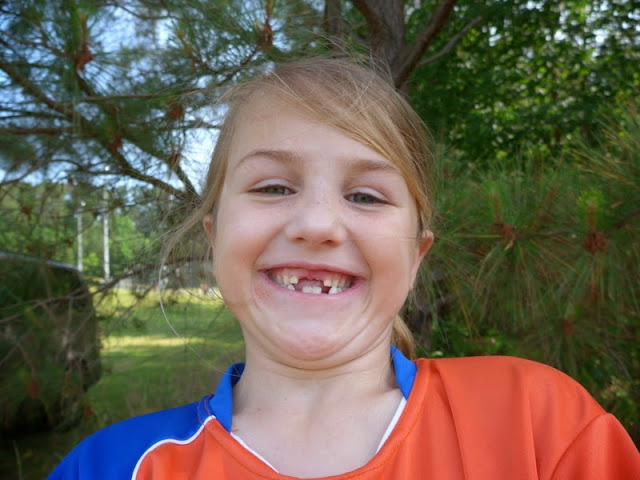 Some twofies with her sister: 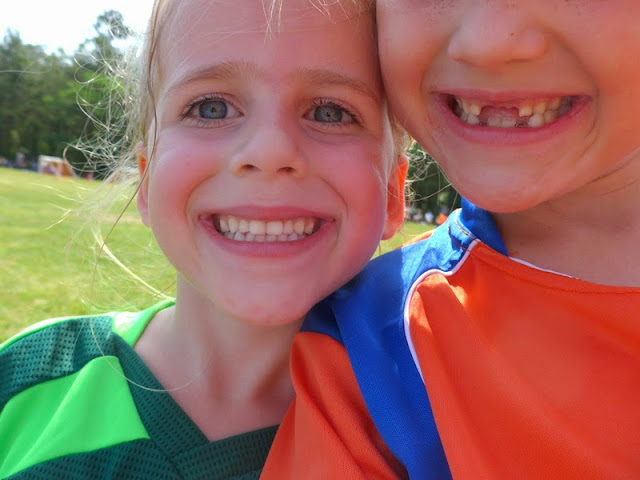 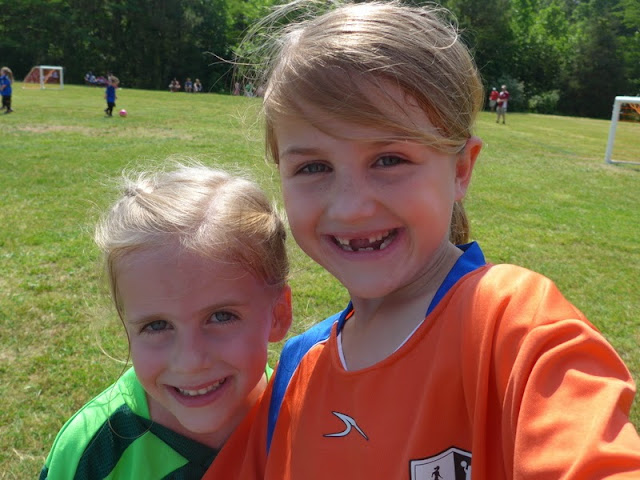 A few portraits of Benjamin and Daddy: 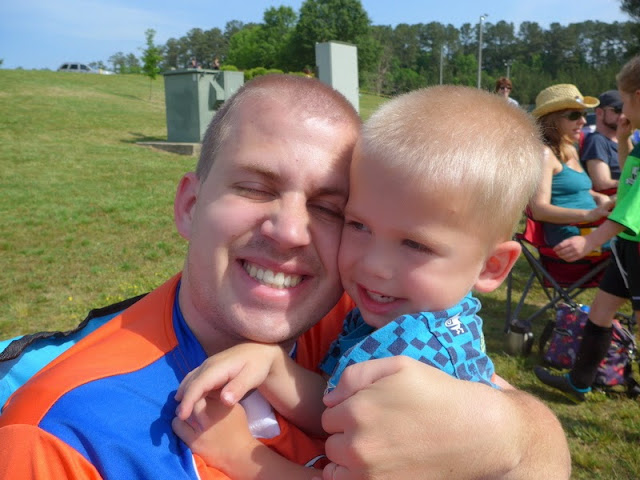 And even a few shots of the game: 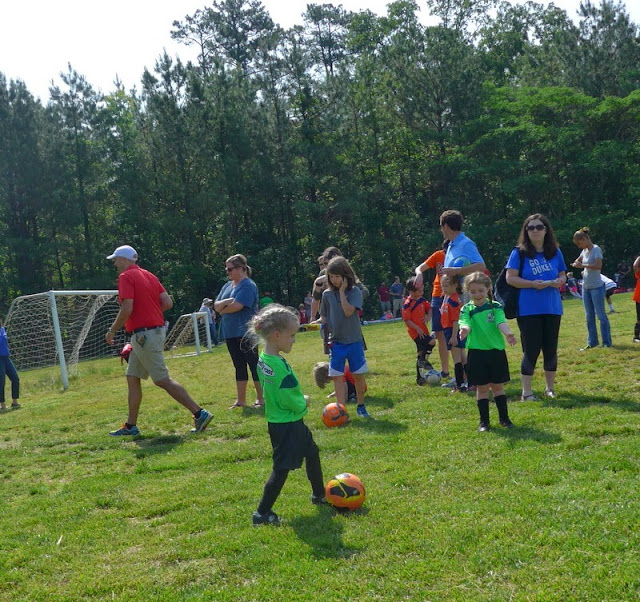 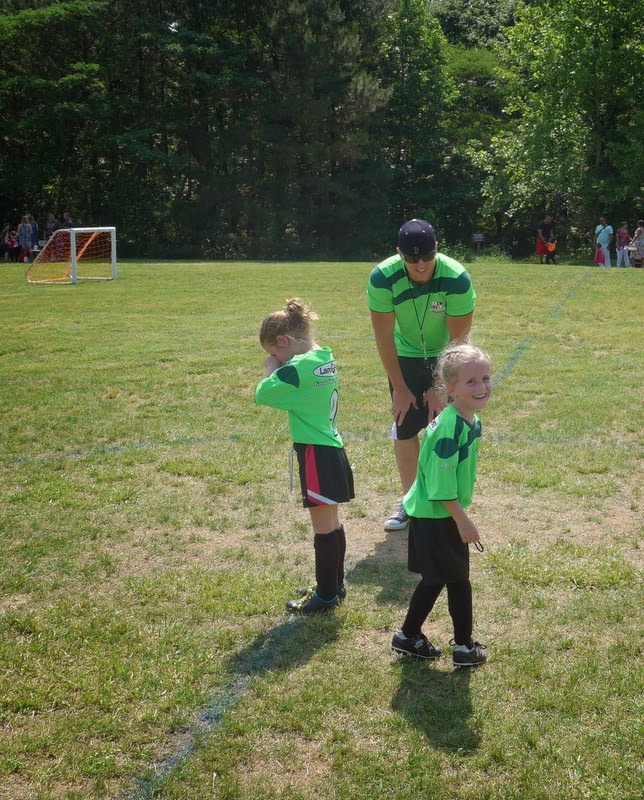 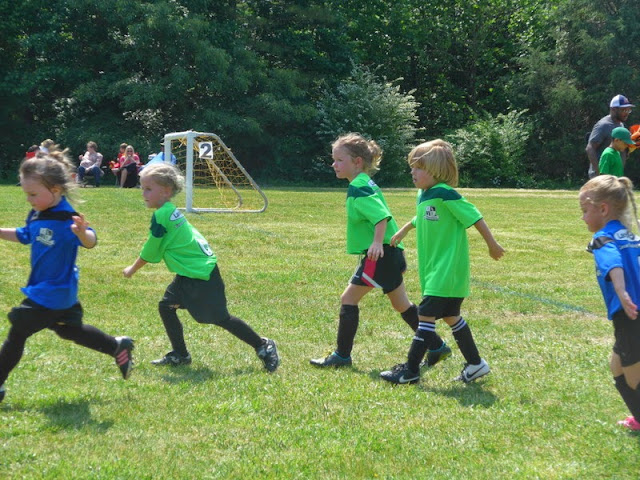 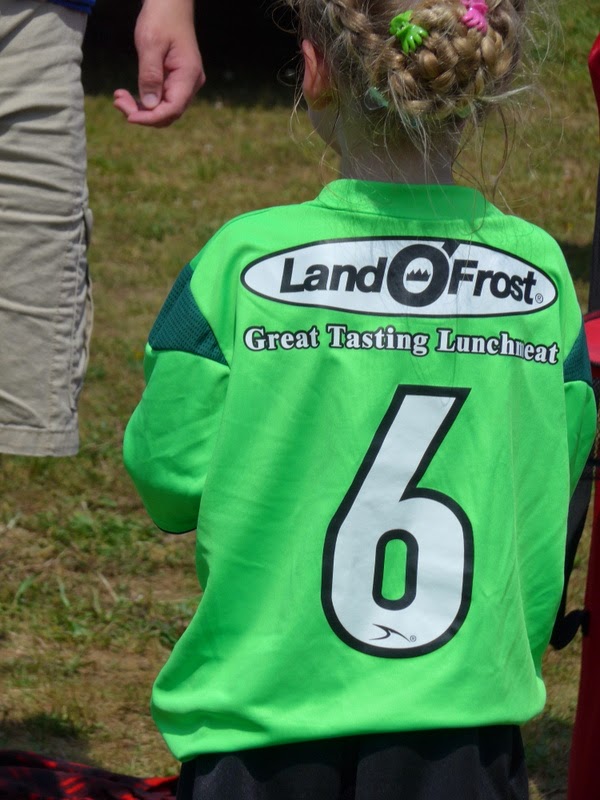 Miriam played long and hard; their team was down to only four players so they all played the whole hour, which gets pretty exhausting in the heat. When they came to pick me up Miriam was still rather flushed from all the running around she did. 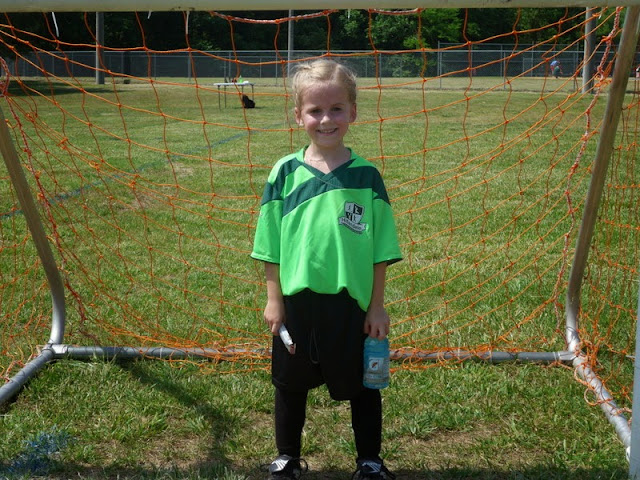 When we got home we took a few quick pictures of the girls both in their soccer uniforms since this is the last time they ever have to wear them (though I think Rachel has one more game so will have to pull hers out again, Miriam's can be retired). 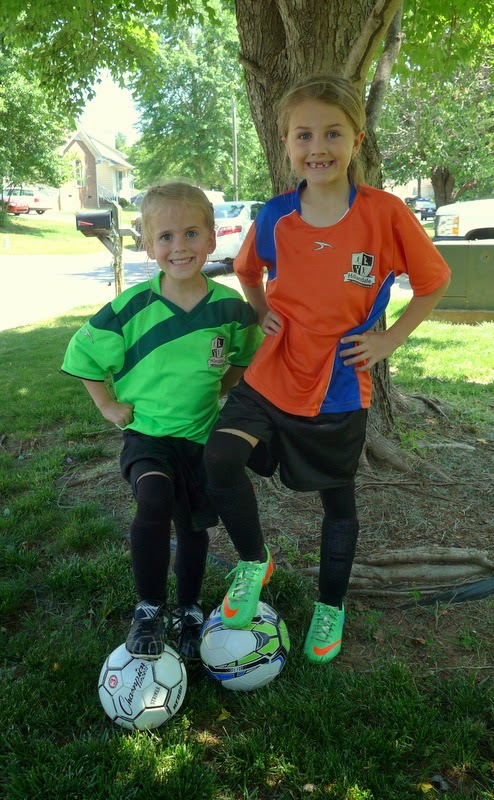 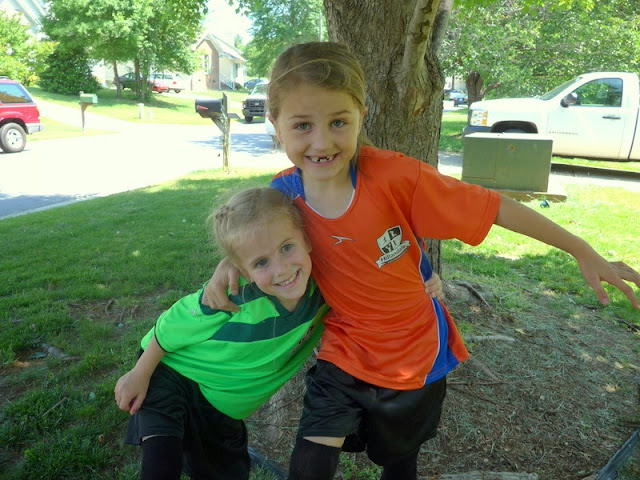 Then Daddy and Rachel loaded up in the car to go to Rachel's soccer game and I got the little ones ready to swimming. They've been looking forward to the grand opening of the pool for several weeks now. I was excited to get in at least one swim before Zoë's arrival (and chances are I'll squeeze in a few more). I'm equally excited to hang up the soccer mom hat for a while. I think it's great the girls enjoy it so much, but I'm tired of rushing off after dinner on Thursday evenings and trying to figure out crazy Saturday schedules (sometimes I think it's having only one car that makes things exhausting but I'm pretty sure that in truth it's soccer that makes things exhausting).
Posted by Nancy at 8:37 PM