Miriam had her end-of-year program this evening. The kids recited poems, sang songs, and even did a silly dance for their families to showcase what they learned throughout the year. 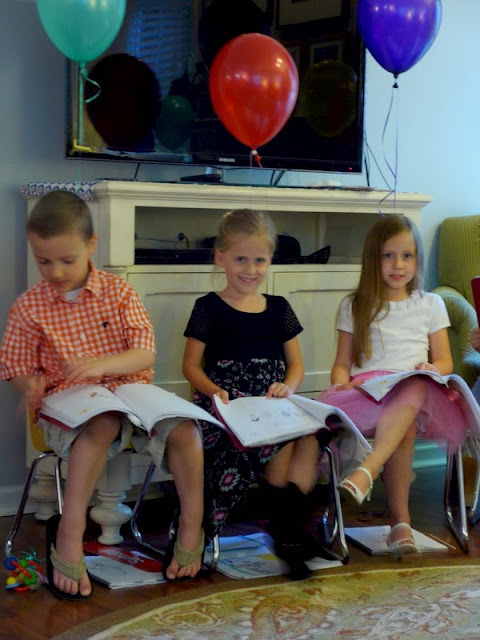 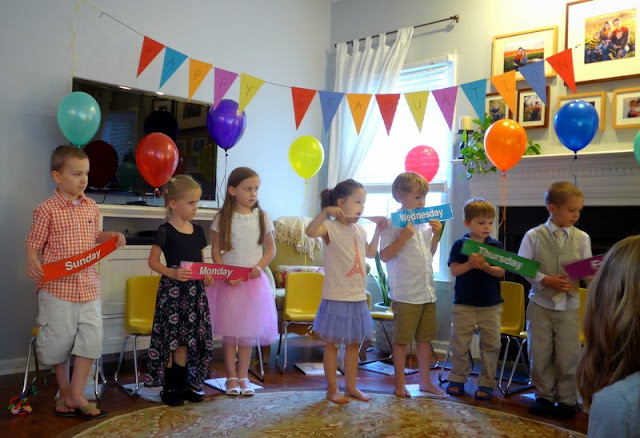 Ms. Annie read a little "about me" page that the kids filled out this week and gave them each a candy lei, which was quite exciting, as you can imagine (because candy). We also watched a little slideshow of pictures from the school year, which was fun. 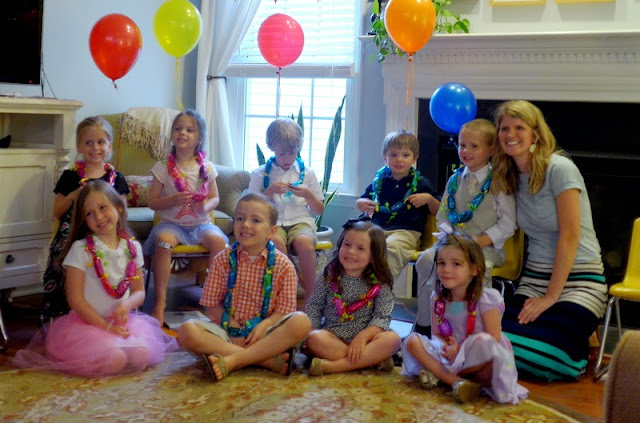 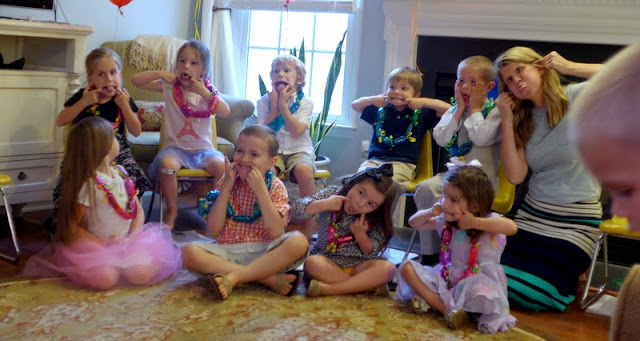 It was a super exciting day for Miriam because she also got her soccer trophy! 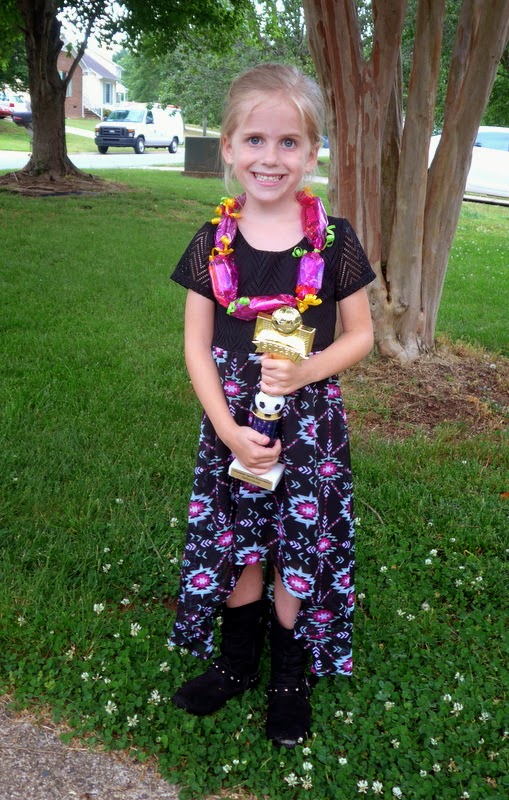 Her soccer party conflicted with her preschool program so we just had Daddy stop by on his way home from work (he worked (on campus) from 2 to 5:30 today because I was at the doctor's office from around 10:30 to 1:30 (I said I was there for hours and I didn't lie—it was a little ridiculous)). He got held up in traffic caused by an accident but eventually was able to turn down a side street and make it to the pizza place so he could grab the trophy from Miriam's coach before swinging by to pick us up (he took the van because it was pouring cats and dogs all day). We made it to her program just in the nick of time.

But look at her bursting with pride over that candy lei and cheap trophy—such a happy day for her!

Tragic, I tell you.

Kindergarten starts up in two months—so that cheered her up quite a bit.

Only two months?! That realization didn't cheer me up much, but it is what it is.
Posted by Nancy at 9:22 PM