Benjamin climbed up onto Grandma's lap her first evening here and felt her face, just to make sure she was really here. He kept turning her face so that she would look at him and saying, "Oh!" He was just so happy to have Grandma here and not on a screen. But then his face fell and he scrunched up his eyebrows with worry. Grabbing Grandma's face again he said, "Gammy-mom! Don't leave from us!" 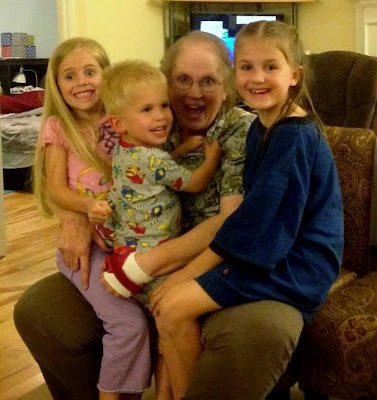 The kids were rather curious about her brace. Grandma has surgery on her thumb a few months ago and while it's healing up quite nicely she will wear her brace if she has to do anything taxing—like getting suitcases from baggage claim, for example, so she had it on when she arrived on Wednesday evening.

The next morning she was playing with Benjamin and he was getting pretty rough. He tends to bounce everywhere he goes and will bounce right into your arms whether you're ready to catch him or not. After a couple of times not being ready to catch him, Grandma went to get her brace.

"Why you wearing 'at?" Benjamin wanted to know.

"I wear it to protect my thumb," Grandma explained.

"Oh," Benjamin said. Then cocked his head and asked innocently, "From me?"

"Yes, from you!" Grandma laughed.

I was terrible about taking pictures, but we did manage to do some fun things together. We played a lot of games; Grandma was even patient enough to play UNO with Benjamin (which takes real patience). Grandma took the kids out to McDonald's and Arby's and we got pizza one night. She also took us out to see the movie Home, which was pretty cute. It was Benjamin's first time in a theater, "except at the museum," he reminded me and proceeded to tell me about our trip to Washington, DC, in October when we visited the Capitol Building (we did go into a theater to watch a little show before our tour...sometimes his memory amazes me). Mostly we just enjoyed having Grandma around—she cooked a big meal the night before she left and then finished cleaning the kitchen in the morning.

Last night Rachel had a hard time going to bed because she knew Grandma would be leaving while she was away at school. Her emotions were in turmoil—she was sobbing uncontrollably and was quite inconsolable. Grandma promised she'd get up in the morning to say goodbye and that goodbye went a lot smoother. They chatted while Rachel got ready for the day and then had a quick cuddle before Rachel ran out the door. Sometimes quick goodbyes are best—like ripping off a bandaid. Long drawn-out goodbyes are where one runs into trouble (and tears). 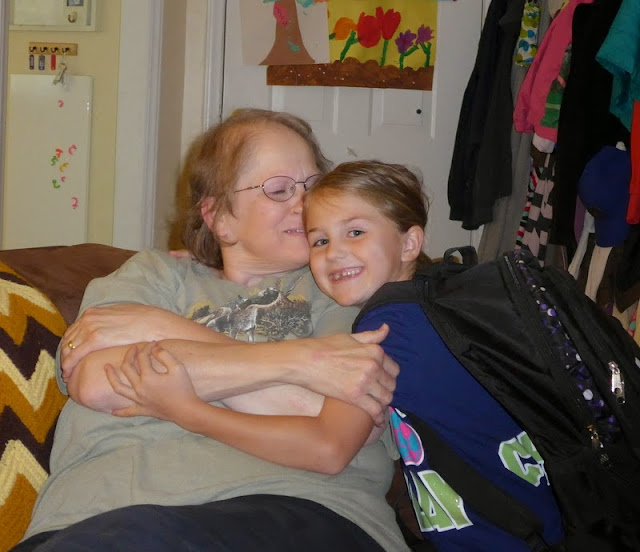 This afternoon the rest of us said goodbye to Grandma, and again it was quick and tearless (for the most part). The kids know Grandma will be back "in forty days!" to help with baby Zoë while Daddy is out of town for a bit. Saying goodbye while knowing exactly when you'll see someone again is much easier than when you're left to wonder whether it will be weeks or months or years. Benjamin's already making big plans for "when Grandma comes home." 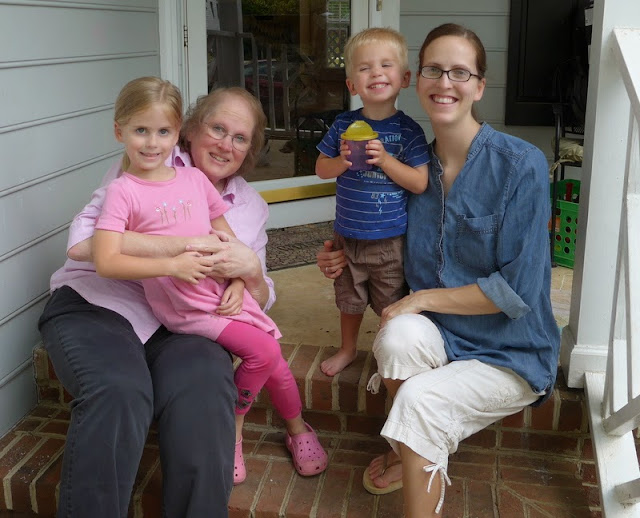 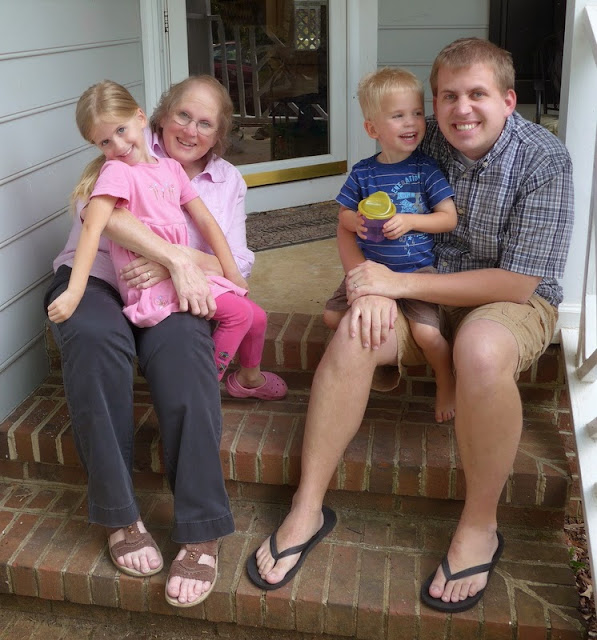 I also caught this spontaneous kiss on the camera: 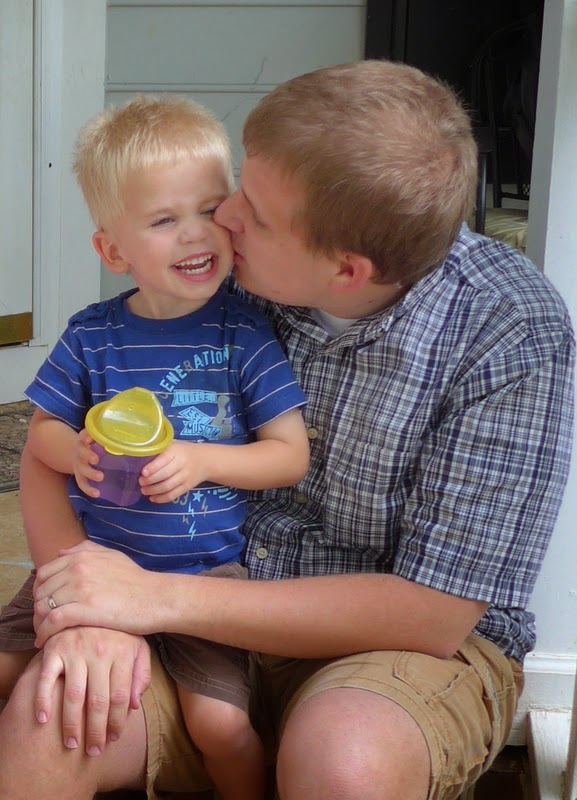 Those two boys melt my heart.

And here's Benjamin almost crying while explaining that Grandma can't go because she has to play with him! 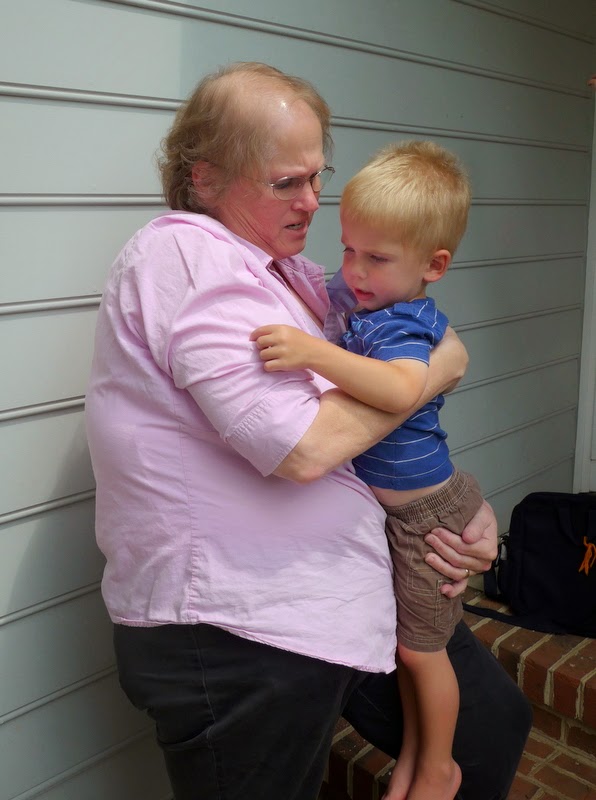 But in the end no one really cried (though there may have been some misty eyes). Grandma got into her car and drove away, stopping to honk and wave. Miriam and Benjamin jumped up and down on the drive way, waving back. It was so good to have Grandma visit, even if it was just a few days.
Posted by Nancy at 9:56 PM