Zoë has been a phenomenal nurser, right from the get-go. She latched on and nursed away for an hour and a half. For the rest of our stay in the hospital she'd nurse every one to two hours for a good twenty to forty minutes at a time, which meant, of course, that Mommy got very, very tired of getting up to take care of her.

I was in the hospital alone with Zoë for two days, which was both wonderful (so quiet) but also lonely (best hour: Face Time with my family—it was like having visitors) and taxing (Daddy wasn't there to help with diapers or fetching baby when I just didn't want to get out of bed...again). We had to stay the second day because I didn't have time to finish the antibiotic before Zoë was born (in our defense we did get to the hospital with four hours to spare; they were just slow administering the IV).

Anyway, she nursed well. Her latch? Beautiful. Her endurance? Amazing.

And then my milk came in and suddenly Zoë couldn't nurse for twenty minutes on each side every time she ate. Instead she'd nurse for two minutes on one side before collapsing into a milk comma.

Meanwhile, my body was like, "MILK! Milk for everyone!"

I can honestly say I have never been so engorged in my life. Not with Benjamin because I was pumping on a hospital grade pump so...I just pumped my mom's freezer full of milk. Not with Miriam because—I don't even know why! Looking back it's a huge blessing that I didn't get completely engorged with her because all we brought to Egypt was a dinky hand pump that didn't work well at all (I eventually tossed it). And not even with Rachel, although I did get mastitis a few times when she was little I don't remember ever being engorged quite like this.

To give you an idea: I weighed myself when we got home from the hospital, just because I was curious about how much everything weighed. I was down about fifteen pounds from my peak pregnancy weight, which makes sense. Seven pound baby, big ol' placenta, all that fluid and stuff. Sounds like fifteen pounds to me.

Then my milk came in and I was so engorged it would be comical were it not for the fact that it hurt so bad. I couldn't lift my arms to reach for anything, but I also couldn't put them down all the way. I had plugged ducts in my armpits, up by my collar bone, and basically everywhere else. I was waddling around like Anna in Frozen after she falls into the river... 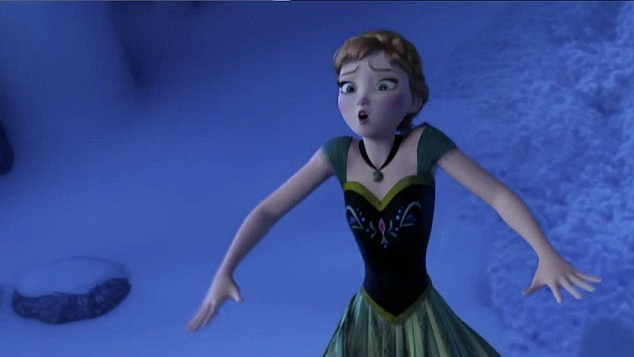 Anyway, I weighed myself after my milk came in and I was only down three pounds from my peak-pregnancy weight. That's, like, twelve pounds of engorgement?!

I found my electric pump and was excited to relieve some pressure, but I couldn't find my flanges. We looked everywhere and eventually I just ordered another kit online, hoping I could wait until it was delivered. But at 2 o'clock in the morning I ended up sending Andrew out to buy a hand pump (we should have thought of doing that earlier instead of wasting time looking for my flanges). He drove to Wal-Mart and was walking toward the doors and, to quote him, "I didn't run into them, but it was close." Our Wal-Mart apparently isn't open 24/7, but there's a new Wal-Mart in Chapel Hill that is open 24/7 so he drove all the way out there just to buy a hand pump.

And there was much rejoicing when he got home. I pumped for a while—not quite to comfort but to I-no-longer-feel-like-self-destruction-is-eminent—and then went to bed for a very uncomfortable sleep. By the morning Zoë's little tummy had expanded enough that she could nurse for five minutes at a time, which was much better. I wasn't even worried about her nursing only two minutes because I knew she was full—the nurses in the NICU joked that my breasts were like juice boxes and that Benjamin was going to be one of those kids who squeezes the juice box rather than sucking out of the straw because he hardly had to suck at all to get a full feeding (once he learned how to suck, which took weeks). Anyway...Zoë was definitely getting enough for herself in those two-to-five minutes nursing sessions but I was not getting enough out.

Last night I was crying because my breasts were itchy and burning and the hand pump was so slow and I really didn't want to get mastitis and...eventually Andrew went up into the attic and looked around again. His search turned up nothing.

I was in so much pain I couldn't even wear clothes anymore. I have nursing-style garments and the elastic used to hold them closed was cutting into me so bad that one side snapped. And forget about fitting into a bra—even the biggest nursing bra I've ever owned wouldn't fit (because see the chart here...I was off that chart (eleven inches difference (I measured))).

So I got out this hospital pad thing that we have for some reason (my mom gave it to me; I think it was left over from my dad's heart surgery but I'm not sure...) and just let myself leak all over it last night. Zoë got up to nurse a few times and eventually I fell asleep with her next to me—I knew I would eventually. I always start with good intentions of not co-sleeping because they always scare you half to death about it in the hospital, but then life happens and I realize that co-sleeping is a beautiful thing. Nursing is easier and my babies always sleep better.

The suggested sleeping arrangement these days is to have baby close by in a bassinet so you can hear them all night, and listen for changes in their breathing, but to have their own safe place to sleep, away from dangerous parents who roll over and blankets that smother. But do they not realize that babies don't sleep very soundly when they're in that close of proximity to Mommy? They can smell her and they crave that skin-to-skin contact and 100% availability of food source. From my experience they grunt and fuss all night in their bassinet but when they're in my arms they sleep soundly until it's time to nurse.

Let me sum up: I'm not against co-sleeping. (I love KellyMom and in that link she cites a source called the Infant Sleep Information Source (or ISIS, if you will) and I found that hilarious).

This morning Zoë woke up in a drenched nightgown, but she was nice and warm from snuggling all night. Everything around us was drenched as well and, sadly, I felt only a tiny bit better. We nursed at 8:00 when Andrew got up to get Rachel off to school and we fell back asleep until 11:00 when Andrew came in, waved a set of flanges at me, and said, "Look what I found!"

I feel so great right now. We slept better last night (and Benjamin stayed in his bed all night, too!) and I no longer have milk gushing out all over the place and I'm not having desperate thoughts like, "Benjamin hasn't even been weaned for a year; I wonder if he remembers how to nurse..." anymore.

I am planning on getting approved to be a milk donor again though. I wasn't going to because we don't have the freezer space (I have to send it in batches of 200 ounces (or more)) but a family in our ward offered their freezer space so I think I'll take them up on it. After all, this is liquid gold.
Posted by Nancy at 1:56 PM