We went to the Children's Museum in the morning; but barely. We made it there by 11:00, which was just in time for story time. They made an announcement to tell people where to gather for story time and since my girls love reading we headed on over. 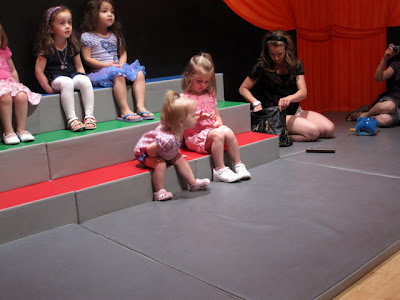 It was possibly the most boring story time I have ever gone to. As you can see my children were not very interested in the telling of the story. The staffer was standing on the complete opposite side of the room and read the book haltingly, without much enthusiasm. Rachel was polite enough to sit through the whole story. Miriam, on the other hand, tried to run away. Twice. 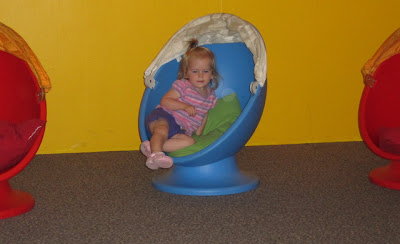 I had heard such great things about Children's Museums, so even though we were so disappointed in story time we gave the rest of the museum a half-hearted try. We were pleasantly surprised. I was actually quite impressed. We passed two (and a half) hours there without even realizing it and the girls had a blast. There were crafts and experiments and things to play on. 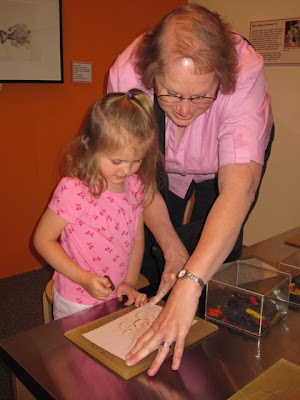 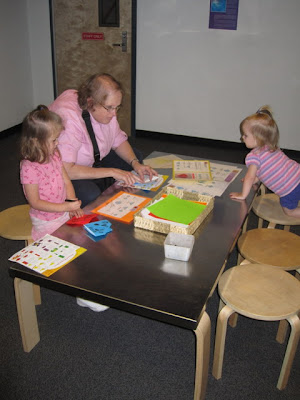 Their favourite part of the museum, though, was the Once Upon A Time exhibit. It was full of dress ups for all sorts of fairy tales. My girls love dressing up more than just about anything. We spent most of our time in the Fairytale Forest. 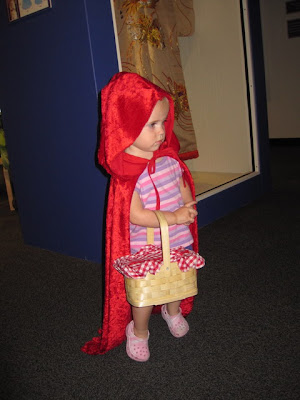 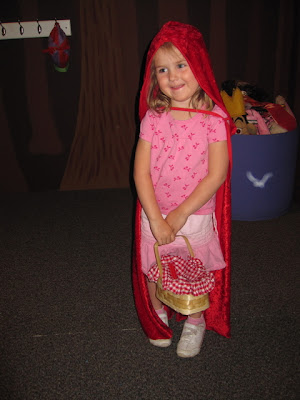 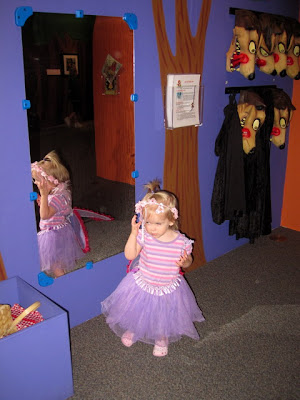 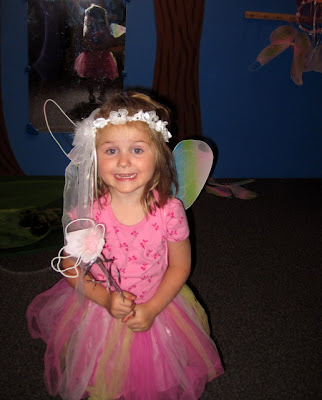 We went home to unwind from the museum and then went out to meet up with my friend Staci, who went to Russia with me back in 2004. Rachel and Miriam played with Staci's oldest two children while we caught up a bit. 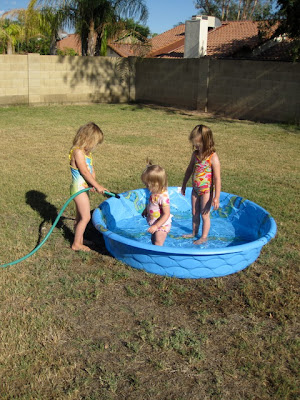 Later we went out to dinner. It was fun to see her again—and as you can see she'll be adding another baby to her family soon...she'll have four kids. Four kids! Sometimes I wonder how these things happen since just seven years ago we were all young and single and traipsing around Russia and the Baltics. Now there are (or soon will be) eleven children between the eight of us. 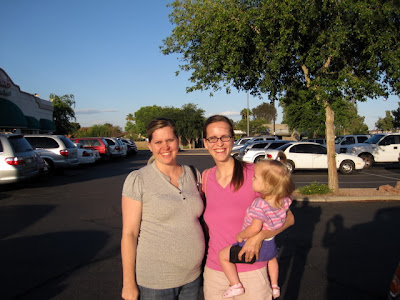 Staci and I talked about the possibility of getting all of the girls together again. It's a possibility, that's for sure, but it would be a real challenge. We are, literally, spread from coast to coast and now instead of trying to mesh the schedules of eight people we'd be trying to coordinate with eight families. It would be epic, though...
Posted by Nancy at 12:19 AM