As far as the girls knew, there was still one sleep left until Daddy came home. His plane didn't land until 10:09 PM on Thursday and he didn't walk through the door until just before midnight, so although I stayed up to wait for him there was no way I was going to let the girls do that! Instead they had a normal day without Daddy and went to bed with the promise that, barring any catastrophic event, Daddy would be home the next day.
Rachel went to school and Miriam played ballet. 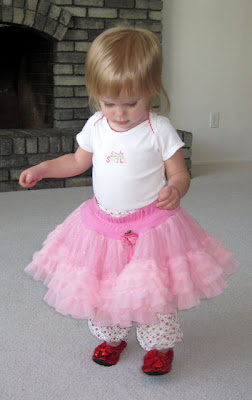 It wasn't an entirely regular day without Daddy, I suppose, since Auntie Em was due to arrive from Idaho. Rachel was having a hard time waiting for 3:00 to roll around so we went outside and played hopscotch and drew with sidewalk chalk. 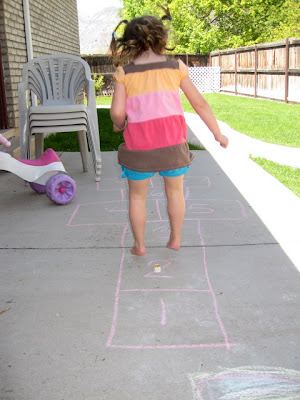 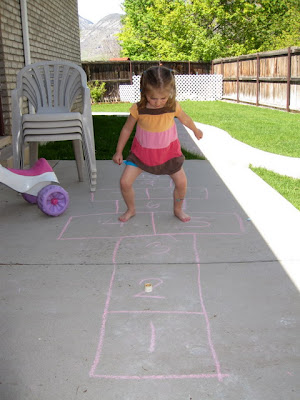 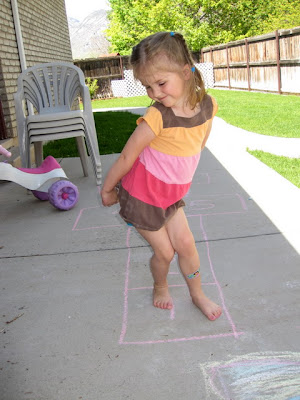 I heard a car drive up while we were playing and told Rachel she should probably go into the house to see if anybody special was waiting for her inside. Auntie Em was! And the girls couldn't have been more excited. Miriam is especially fond of Emily, her "Emmy," and asked to be picked up right away. 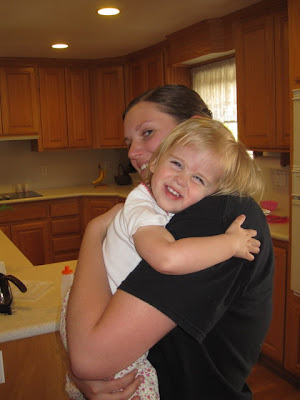 Later, Auntie Sarah arrived, though she was more than a half hour earlier than she said she would be and Grandma and Emily had taken the girls to drop Emily's car at the shop.
"Where is everybody?" Sarah asked.
"They went out, but they'll be back. They didn't think you'd be coming until 4:30."
"Well, it's almost 4:30!"
"No...it's not even 4:00 yet."
"Oh, I guess I got off work earlier than I thought!"
It was fun to talk with Sarah one-on-one for a while because soon the house was flooded with Heiss women. 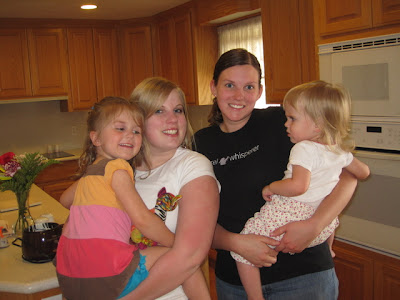 Auntie Katharine arrived soon after Grandma & co. returned from the car shop. She brought a cake and cousin Kayl. The cake featured a replica of Sadie, Emily and Morgan's dachshund. It was a very cute effigy but no one wanted to eat it. I think we couldn't bring ourselves to ask for a piece of Sadie; it looked so much like her! The cake itself, however, was a different story and ended up in most everyone's tummies. 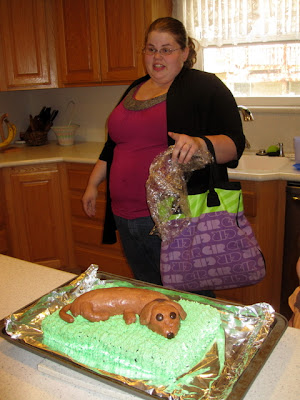 We had a wonderful afternoon visiting, though I think Kayl was feeling a little overwhelmed with all the girls in the house. Seriously; he was outnumbered 7 to 1, poor little guy.

It definitely helped the waiting game go faster to have so many wonderful people to visit with!
Posted by Nancy at 11:55 PM