I could live in Arizona. I don't think it's any secret that I'd rather sweat through the summer than freeze through the winter. And, seriously, we drove through rain and hail and sleet and snow to get to some nice, warm weather, which I find a little ridiculous since it's the middle of May!
I hate snow.
I know a lot of people hate hot weather, but I much prefer jumping into a pool to cool off than shivering under the covers. And, as Uncle Rulon says, "You don't have to shovel heat!" 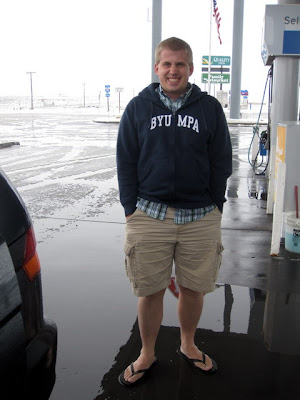 Between Orem and Glen Canyon Dam we experienced a year's worth of weather. We even had to stop on the highway while a semi-truck got unstuck. This, after just passing a semi-truck who had pulled over in order to put snow chains on. 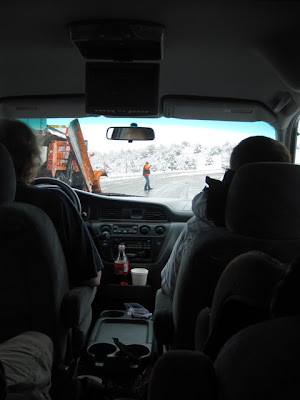 I thought that since we were heading south, we'd be free from horrible images such as this: 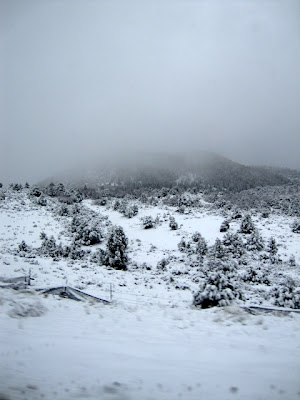 But I was wrong. We had approximately six hours of white stuff. Eventually, though, things started warming up again. 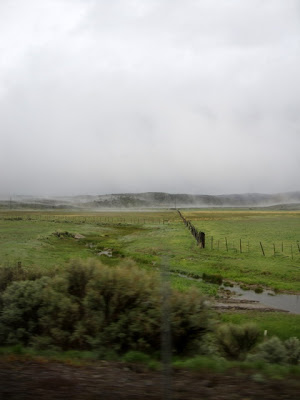 The ground was clear of precipitation by the time we got to the Glen Canyon Dam, but it was so windy we hardly dared to look over the wall. Instead we went inside the visitor's center to the observatory. 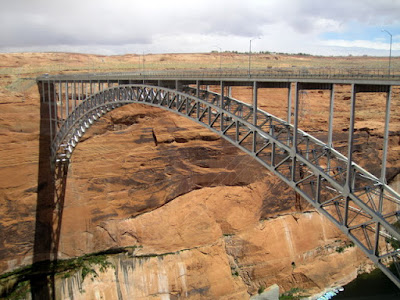 I can't even imagine what the Grand Canyon would be like after looking down Glen Canyon! We were so high up we were watching birds soar below us. It was quite breathtaking. 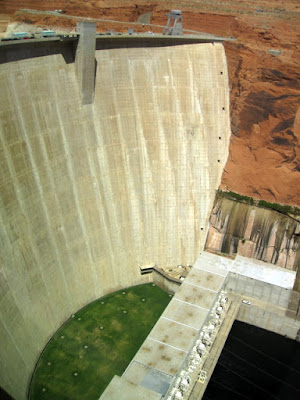 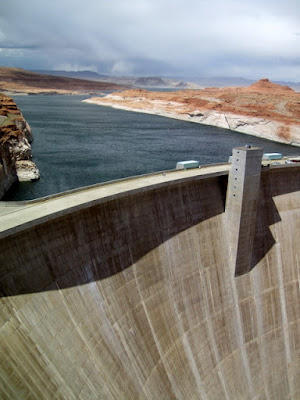 Right now the water level is very low since they've been releasing so much water downstream in anticipation of spring runoff. We've had so much snow this year that they are expecting massive amounts of runoff...whenever the snow actually begins to melt.
We had a bit of fun in the visitor's center, as well. Andrew tested his Dam IQ and Rachel posed in front of a Nothronychus graffami, a newly (as in 2001) discovered species of therizinosaur. 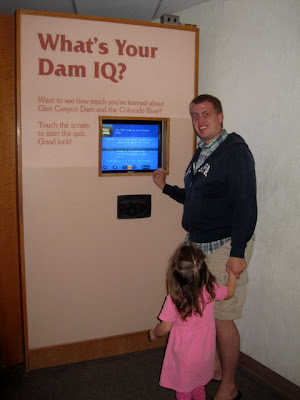 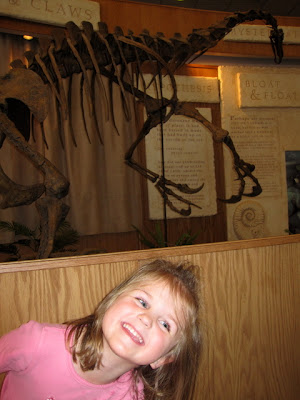 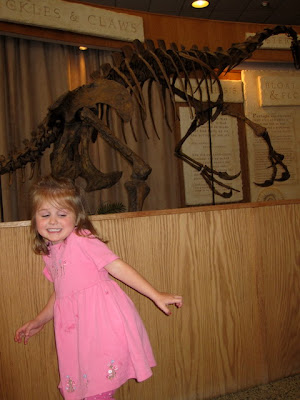 After we had gotten all our wiggles out, we loaded back into the van and drove to Flagstaff, where we encountered more snow. We swung by Uncle Lad's house so that Karen could visit with him one last time; he was literally on his deathbed so we decided it would be better to stop by on our way down instead of our way up. He died on Sunday, so it was a good thing we stopped by on Thursday.

Soon after leaving Flagstaff we saw a rainbow and you would think that would have been the last of the unwelcome weather of our trip, but you'd be wrong. 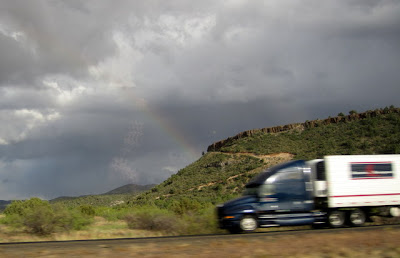 We got to Mesa and unpacked the van just before it started pouring rain. It rained all. night. long.

But the next day was beautiful!
Posted by Nancy at 5:32 PM