Getting snow on Christmas Eve was a bit of a surprise. If I hadn't noticed it out the window while singing to Zoë we would have woken up to a white Christmas the next day and it would have been a complete surprise.

For whatever reason we've had a rather dry winter so far and for almost an entire week before Christmas our forecast has been "heavy snow," right up until it's supposed to start snowing and then the forecast would read "clear." So it never snowed.

There was no snow in the forecast for Christmas Eve and yet, here we are, hugging snowmen... 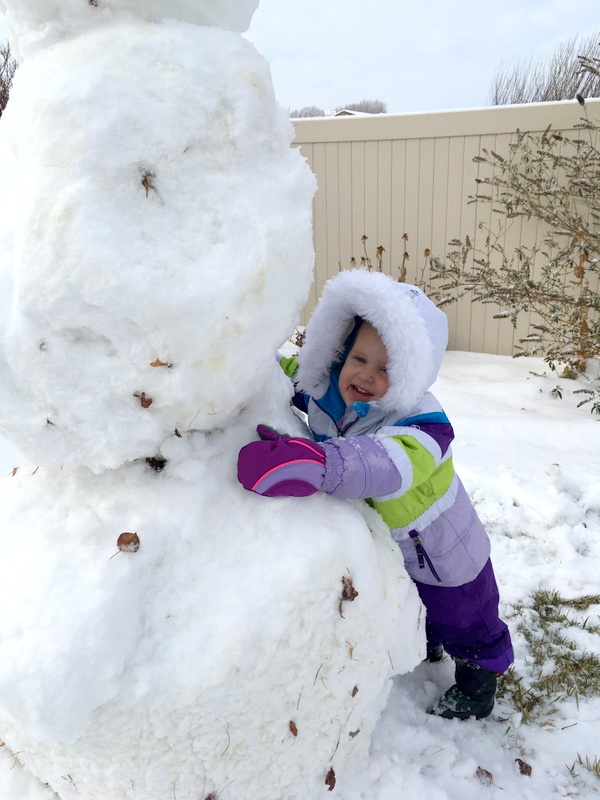 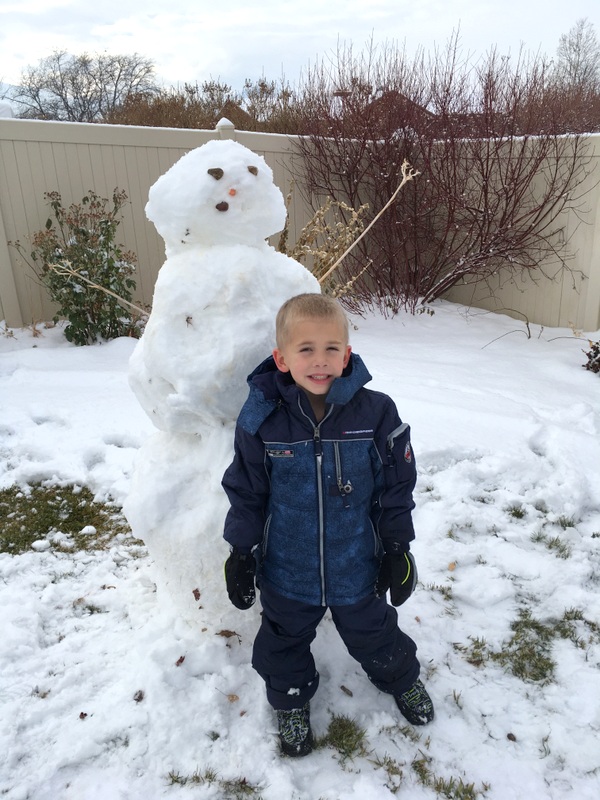 Actually, by now, the snow is mostly melted (this poor snowman had already fallen over by the mid-afternoon) and what's left is super gross, but it was fun while it lasted.

Andrew took the kids out to play on Christmas morning, while I stayed inside making breakfast (and taking care of the baby), which was kind of a role reversal for us (minus taking care of the baby). Usually I'm the one to take the kids out in the snow (though Andrew will join us when we beg him) and he stays inside either to work on a project or to cook something yummy for us.

I just realized that we've never had a new baby when it's cold out so we've never had to deal with that combination of factors before. So, I stayed in with the baby and missed the first good snowfall of the year. Oh, well. The kids had a lot of fun with Andrew and we live in Utah so I'm fairly confident we'll have a few more snowfalls than we're used to (though I'm beginning to question that at this point in the season).

Anyway, here's Miriam tasting some of the freshly fallen snow: 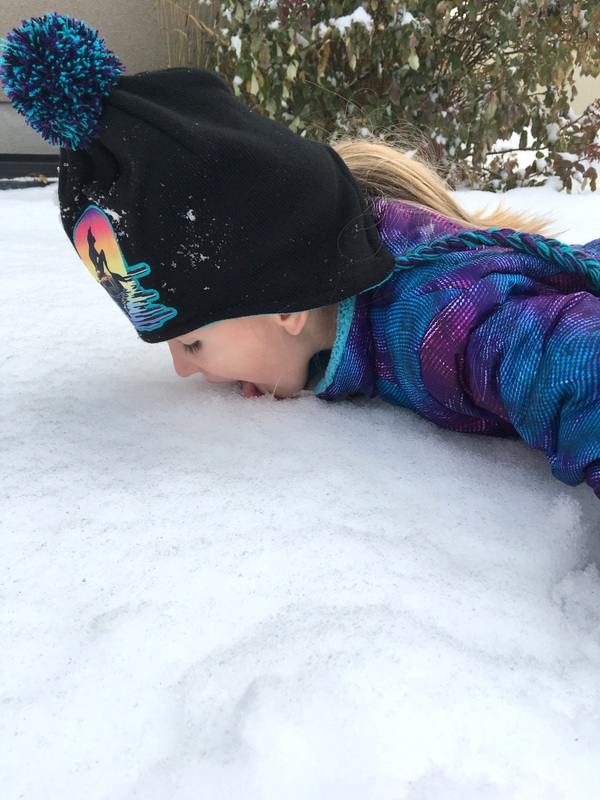 She didn't want to bundle up to go play in the snow because she "touched it" (by opening the door and leaning out of the house) "and it wasn't that cold." But I made her bundle up anyway because she wanted to build a snowman and go sledding and basically live outside and you simply can't do that without a good, thick pair of gloves on.

I am a firm believer in bundling up.

I've been wearing leggings underneath my jeans for several weeks now and I'm totally find with that. When I was younger I was always a little embarrassed about my long johns habit (which I've quite because you can't really walk into a store and purchase down here, otherwise I would have them, trust me (but leggings work)). Like, when we'd have to get changed for PE or whatever. I don't know why. I just was.

But I have no shame now. Now I look at underdressed people shivering in the cold (like when we went to the Riverwoods) and I think to myself, "How happy am I to be wearing another layer under my jeans? So very!" And how happy am I to be layered like a cabbage, with sweater after sweater and have a big, puffy coat on and have a little baby strapped to my chest, sharing body head with me? So, so very.

I don't even care if I look ridiculously overdressed and untrendy because I'm warm and being warm makes me happy. And I believe that being warm makes my children happy, too. So they get bundled up before going outside, even if I'm not going out with them (because it's possible we don't have a snowsuit for the baby and he can't always be strapped to my chest sharing my coat with me (like, for example, if I were to take a ride on a sled (I don't think I'd take a brand new baby barrelling down a hill on a sled))).

Andrew took them down to the green area in our neighbourhood to hit the slopes. The kids have been taking about sledding there since August (because all they hear about Utah is how much snow they get here—way to disappoint, Utah). They were thrilled to finally be able to take out the sleds. 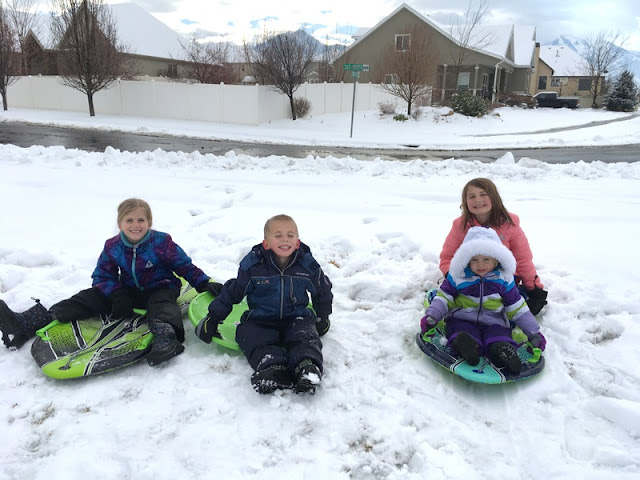 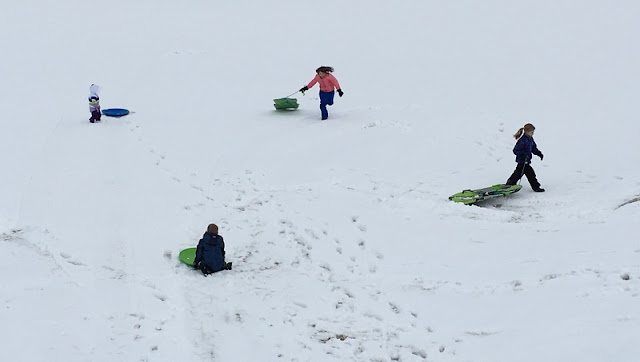 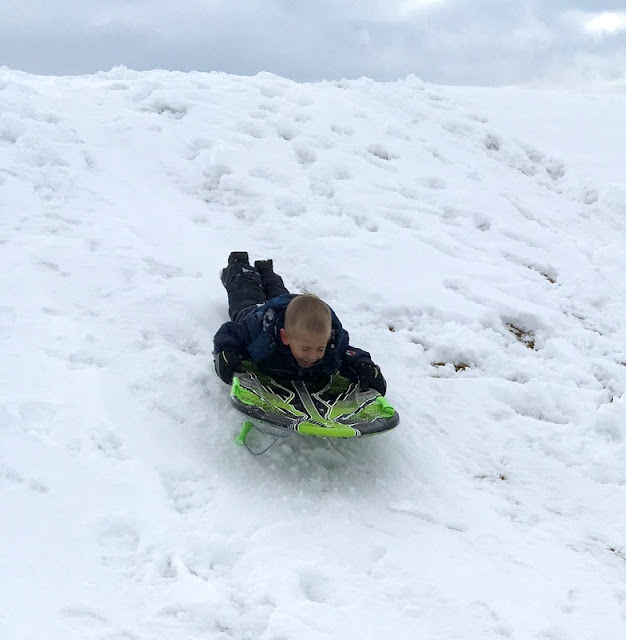 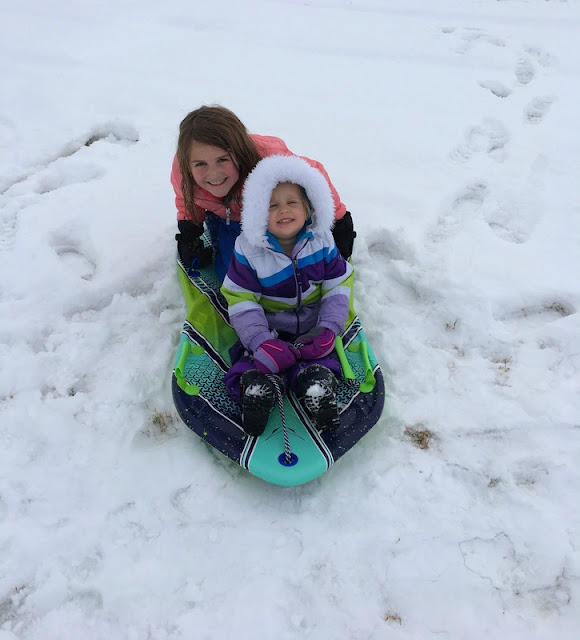 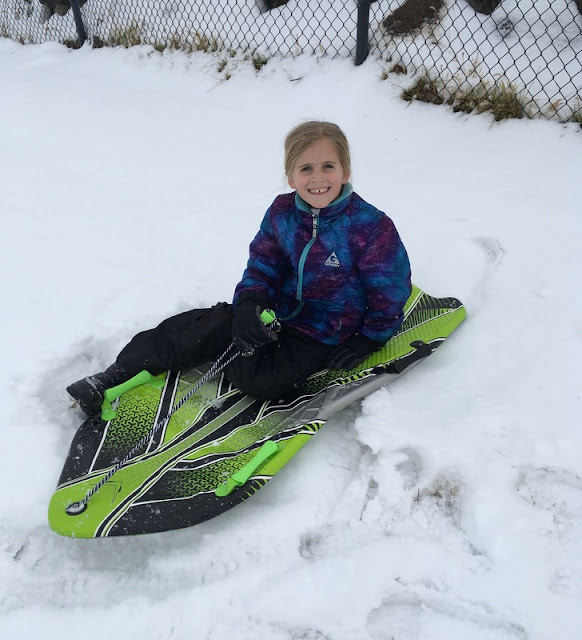 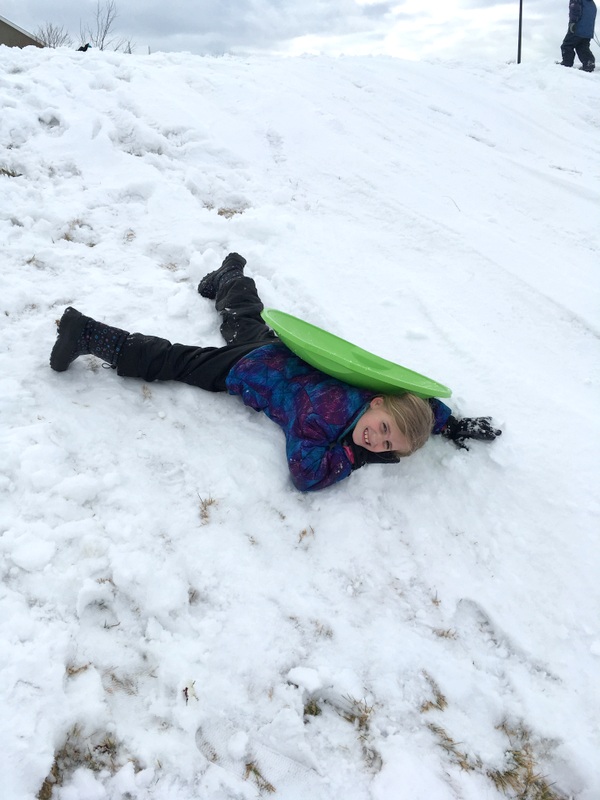 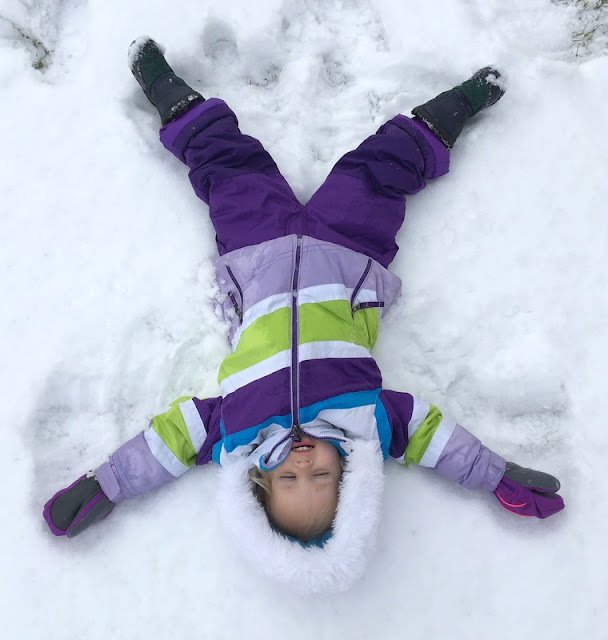 You know how snow is so nice and fluffy? Well, Rachel decided that she'd take a gigantic leap off the picnic table into that nice, fluffy snow. Andrew told her it would be a bad idea because there wasn't nearly enough snow to break her fall from that height (we only got a couple of inches) but she didn't believe him... 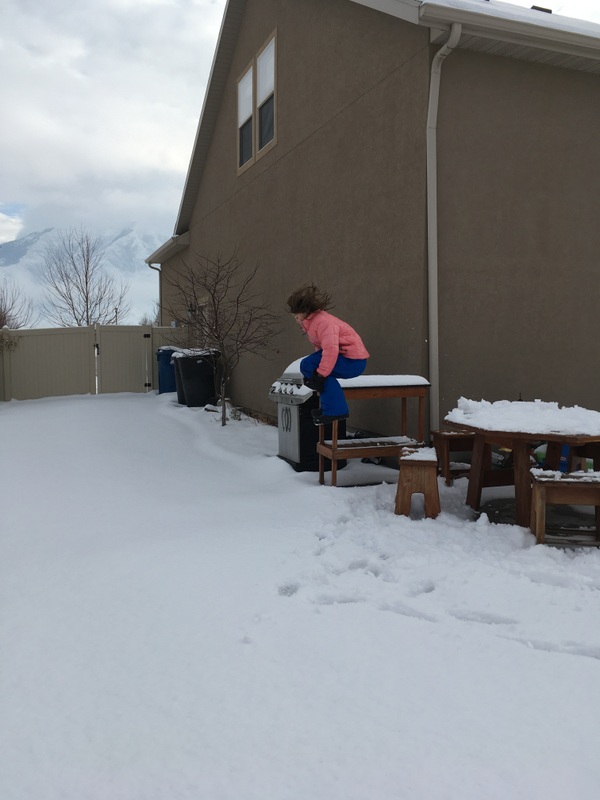 ...and suffered the consequences. 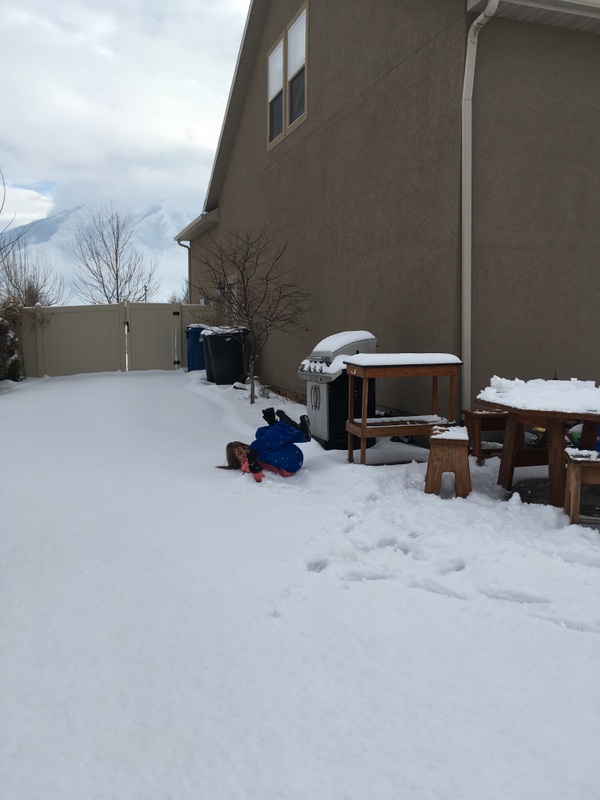