We decorated the Christmas tree...on December 3rd. We gave our tree away before we moved back to Utah so Grandma set up her tree for us. We used our own ornaments, however, because Grandma's ornaments are lovely, while our ornaments are got-a-handful-of-children worthy.

This picture didn't quite turn out, but here's Alexander smiling up at Daddy: 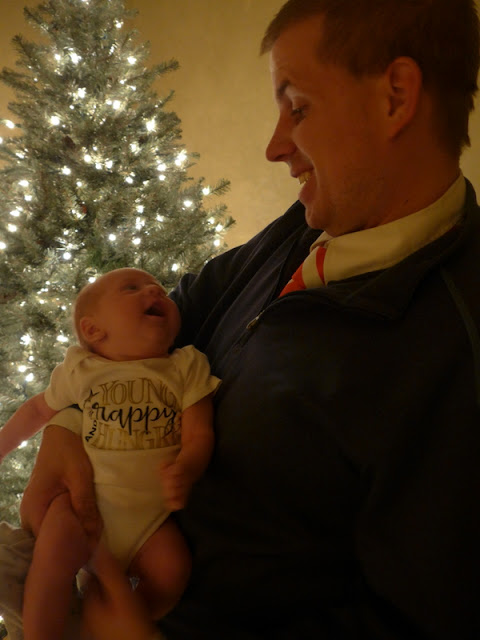 The kids had so much fun rediscovering favourite ornaments and putting them on the tree: 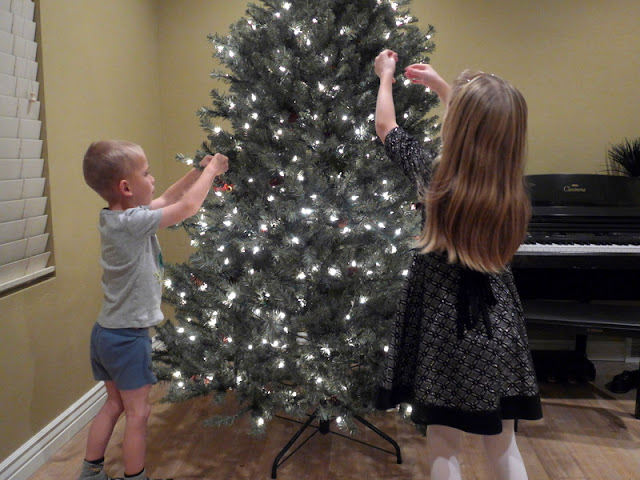 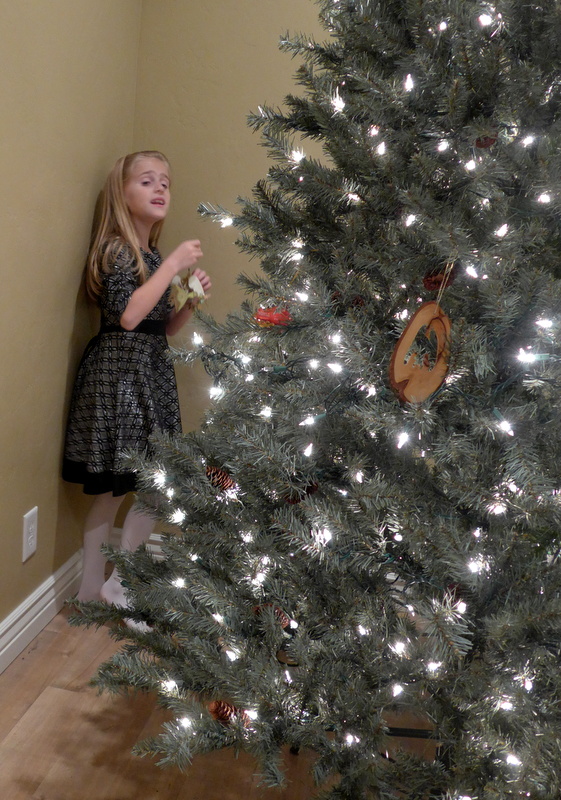 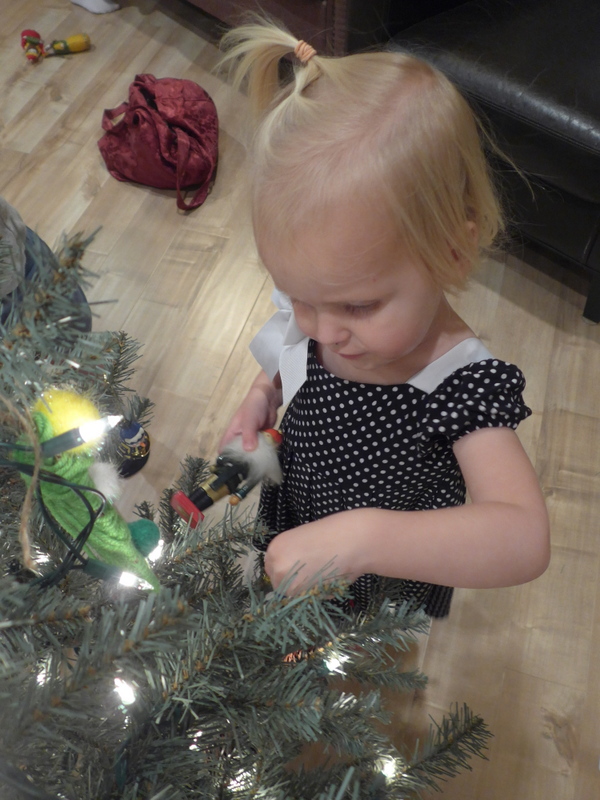 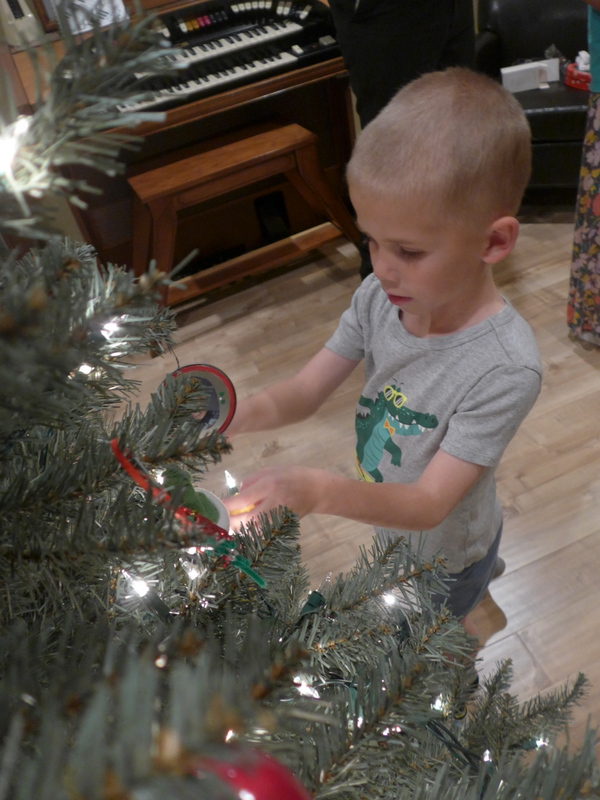 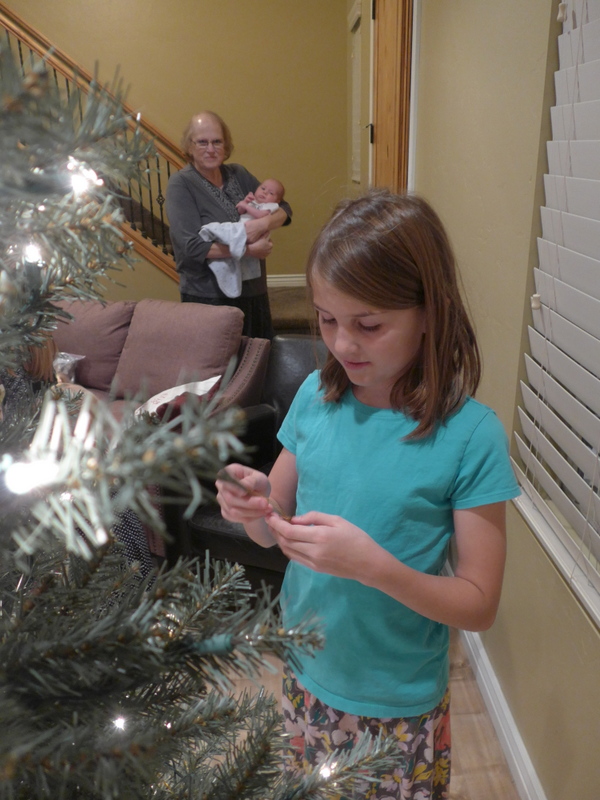 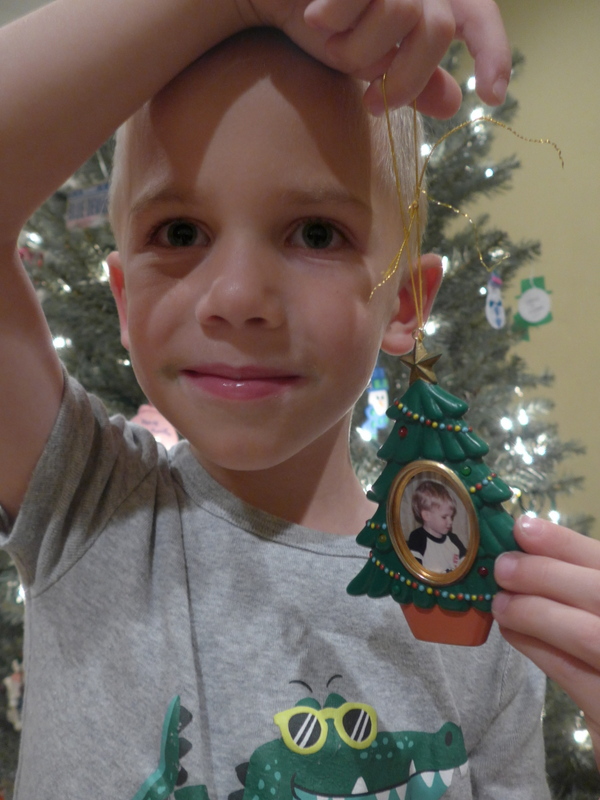 Here's a picture of Zoë in front of the tree. Somehow she knew all about Santa (even though we've only recently begun reading stories about him) and was overjoyed about getting to wear his hat. She had no idea who Rudolph was, though she immediately claimed him as hers (and has since watched Rudolph a handful of times—she loves singing Silver and Gold). 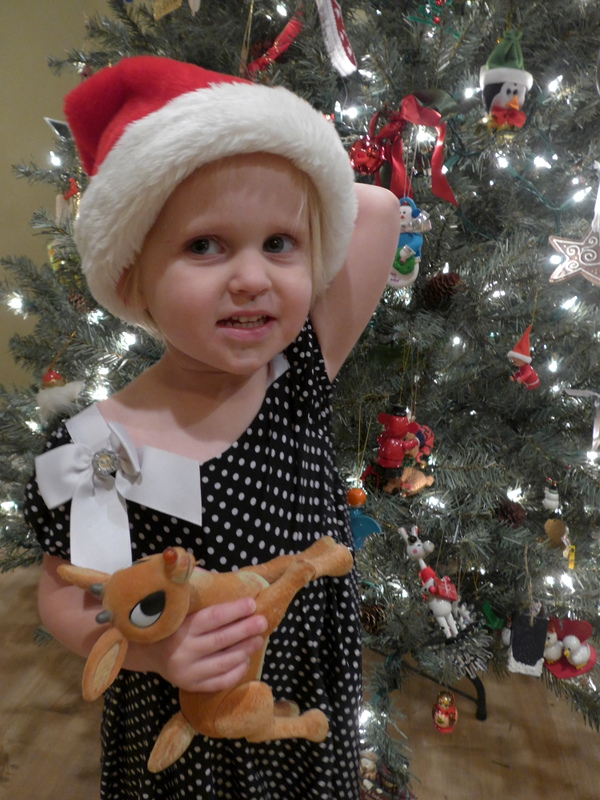 It started snowing while we were decorating the tree, which some of us were rather excited about: 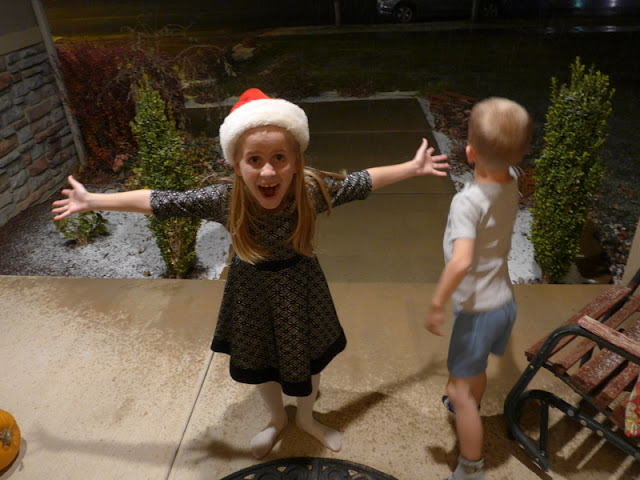 Everyone made a half-hearted effort to bundle up before taking a full-hearted frolic in the snow. 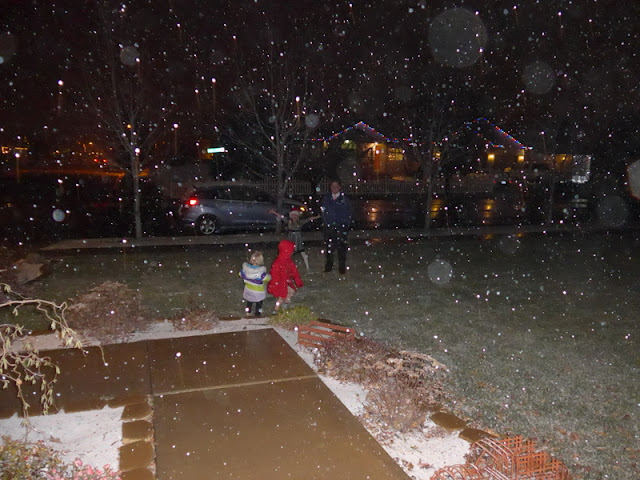 Miriam and Rachel didn't even bother to put jackets on. Rachel's wearing flip flops and Benjamin was in shorts. Zoë went out shirtless.

It was just too exciting! 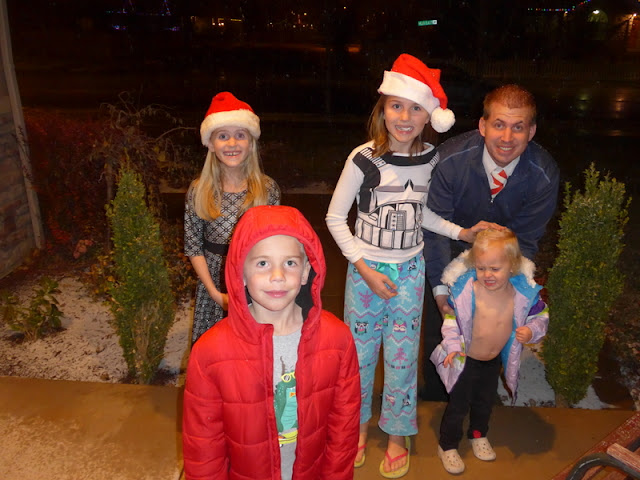 Back inside, the kids warmed up with some hot chocolate before they finished getting ready for bed, and bedtime was rather necessary! Poor Zoë has been getting rather worn out lately with all the holiday activities lately and she fell asleep during stories (which is a very rare occurrence). 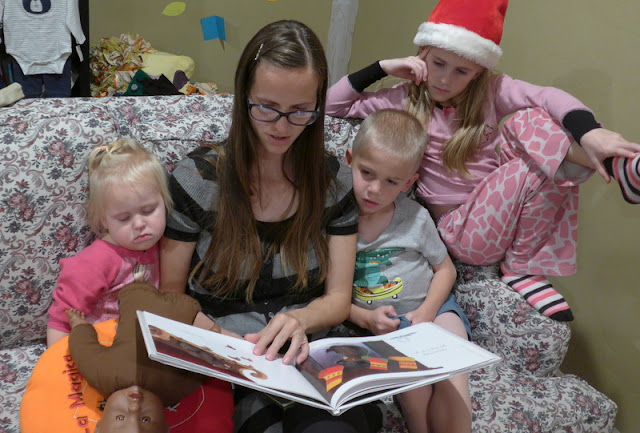