My brother David left his job in England for a new one in British Columbia, so he flew into Salt Lake City on Sunday evening, was here all day on Monday, and left early Tuesday morning to fly up to Prince George. A small part of me is jealous that he was able to secure a job in Canada—and in beautiful British Columbia to boot—but a much larger part of me is glad that I'm not moving that far north.

Yesterday was cold and snowy here. We were planning on meeting at BYU for dinner at the Cannon Center, but I wasn't sure that I wanted my first drive in the snow to be quite that long...and I knew I didn't want to drive in the dark on the ice on the way home. One day I'll have to drive in the snow, I'm sure, but yesterday was not that day. Instead everyone came to see me (because they're enablers)! 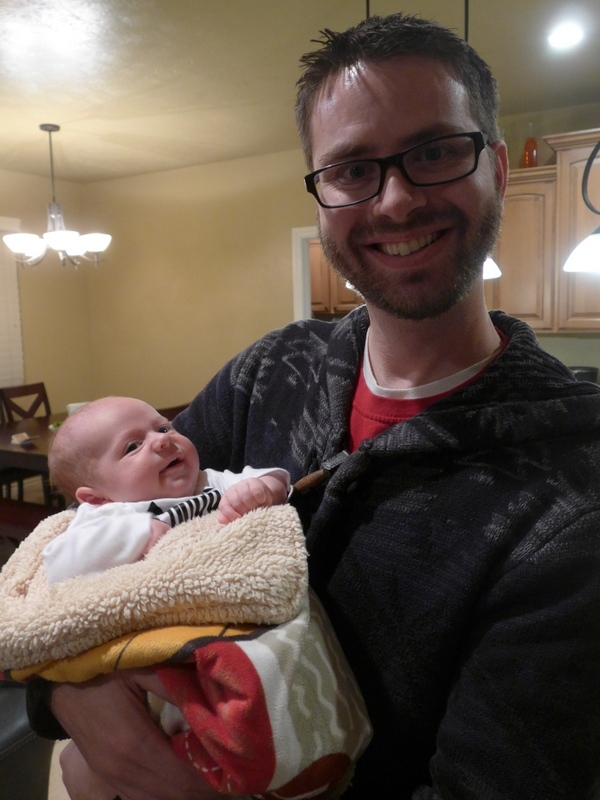 We had pizza for dinner and then played a game together (One Night Ultimate Werewolf, a take on the game Mafia, if you've played that). 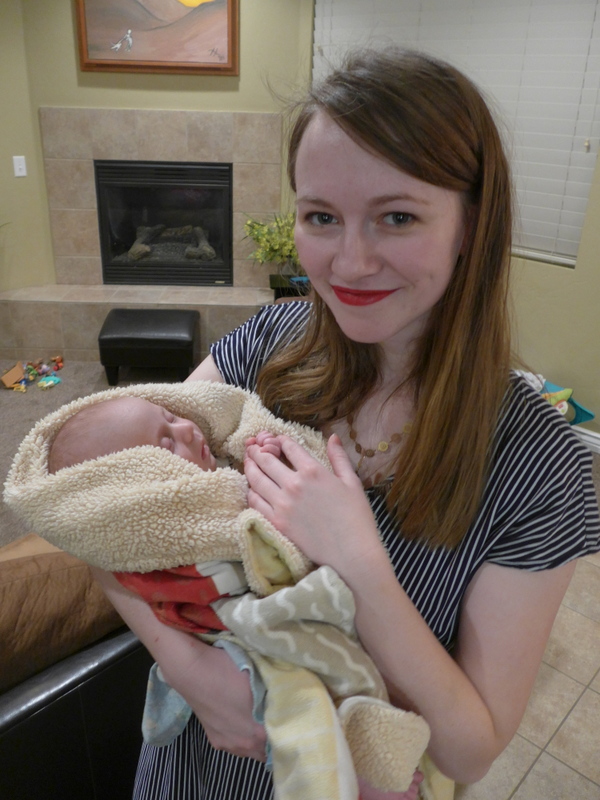 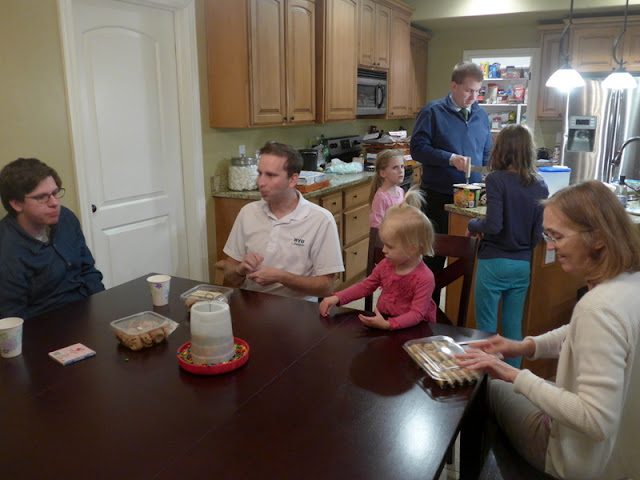 Here's Rachel and Benjamin being silly with Daddy: 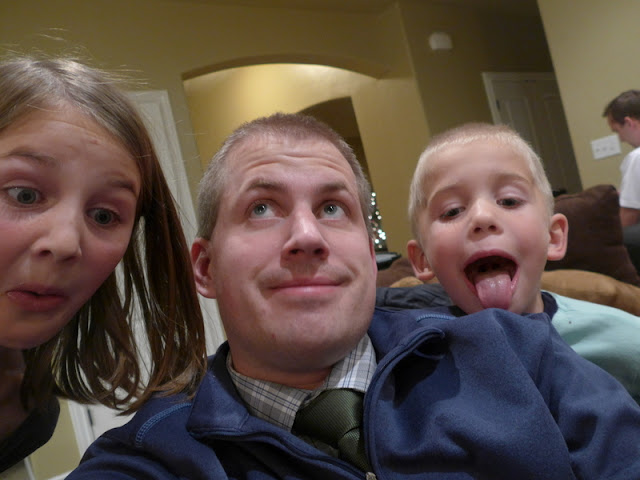 Here's Miriam being silly by herself: 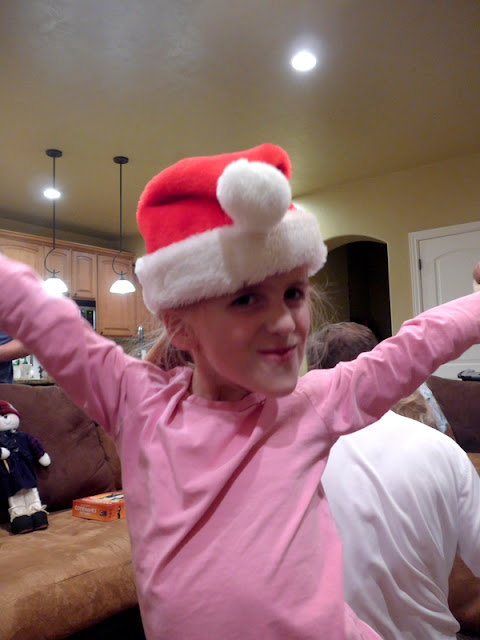 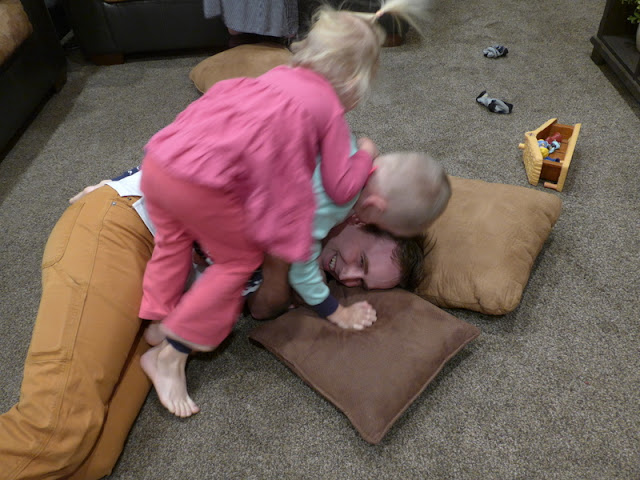 And here I am—once again sporting a nursing cover—with my brothers: 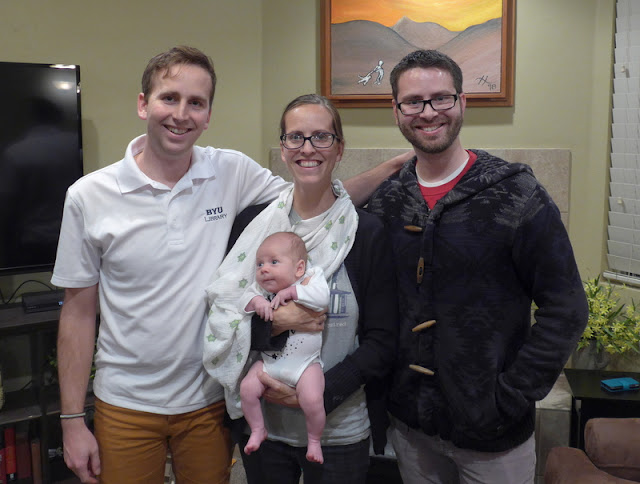 It's been quite awhile since I was last in a room with both of my brothers. I believe it was Christmas of 2014, so four years! And the last time I saw David at all was when he flew out to visit us in North Carolina just after Zoë was born. Or, no, I must have seen him in Utah sometime after that because I remember him packing up stuff for his move to England. So I'm pretty sure Patrick would have been there, too. Maybe it's only been two years?

I can't keep anything straight these days.

But I was glad that we all got to see David, even if it was only for a few hours!
Posted by Nancy at 2:15 AM