The Lights at Temple Square

After family pictures we went to Temple Square to see the lights. We were a little too early so we toured around the visitor's center while we waited for the lights to come on. We even got in line to see the Christus statue (but thought better of it after standing in line long enough to drive the kids crazy; we'll go back in January or something when Temple Square isn't so busy). 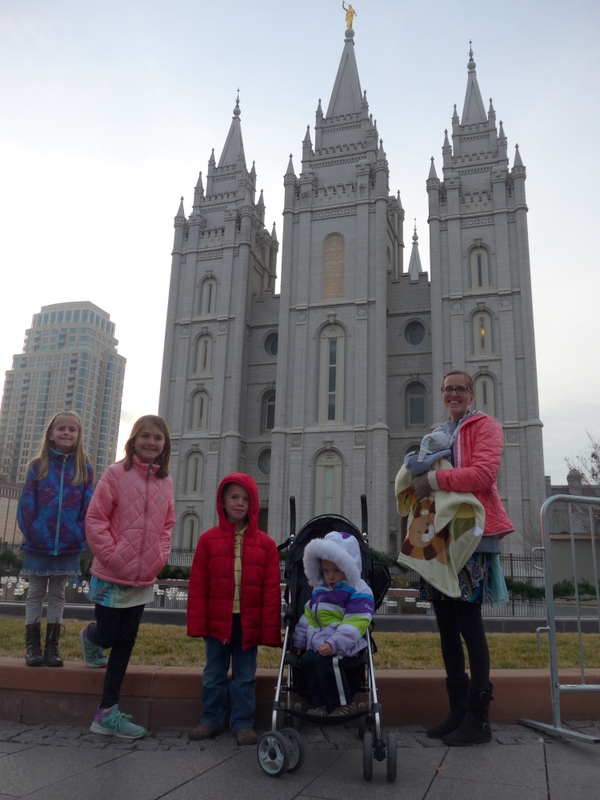 The kids all agreed that walking around Temple Square was their favourite part of the day, even if it was a little bit chilly. 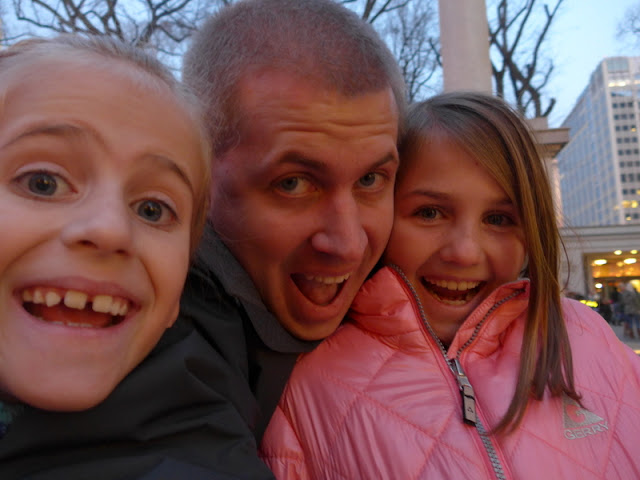 The lights are pretty magical—it must take a lot of patience to string them on the trees so densely. I know I wouldn't have the patience for it (and that's why it's not my job). 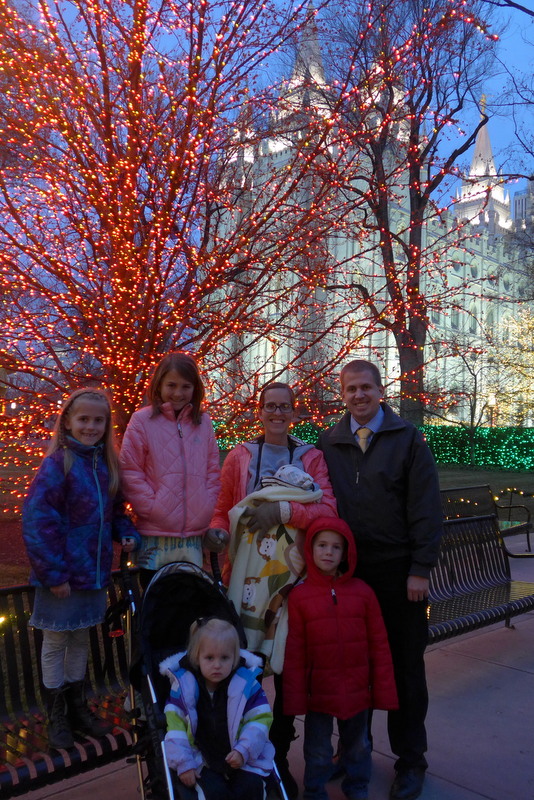 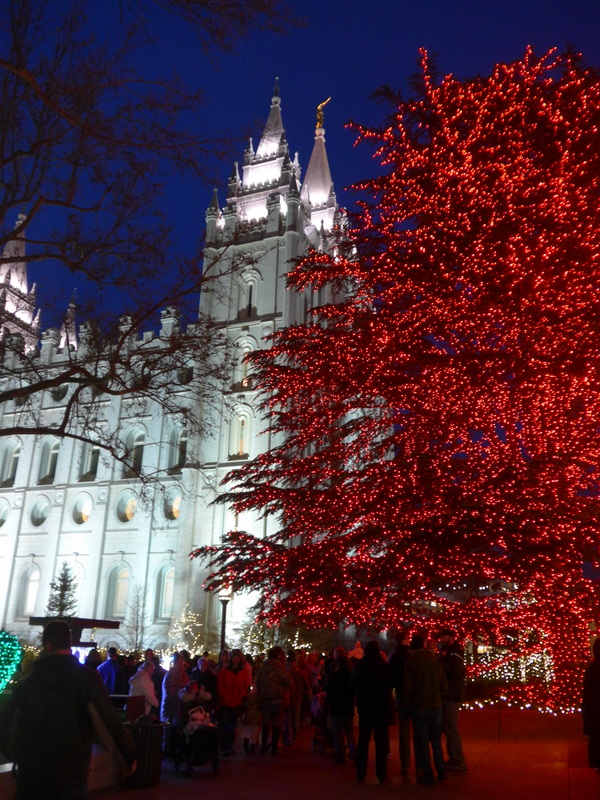 This looks like a selfie, but really I was trying to get at least one shot in with Alexander's face. He was so bundled up! 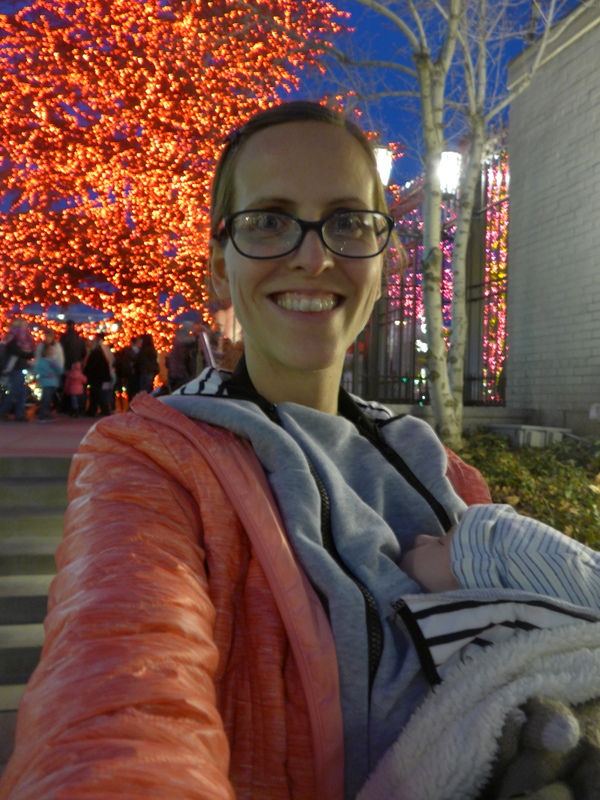 We liked how the moon looked, peeking through the haze (it was a rather hazy day). 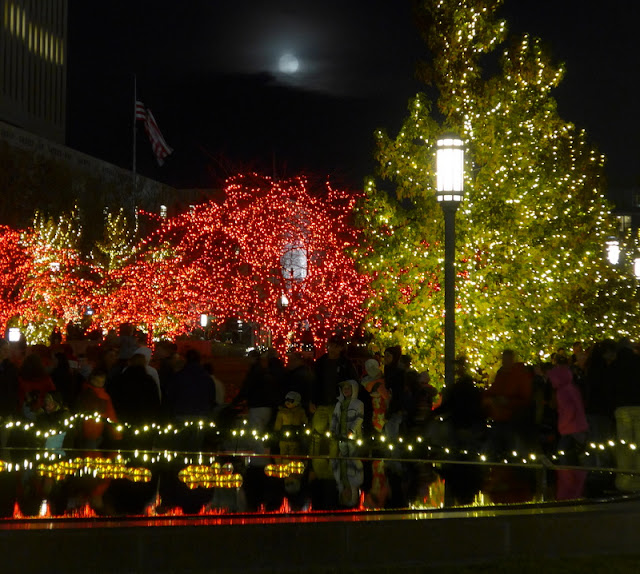 On our way to the parking lot we stopped to warm up by the big fire at the mall. 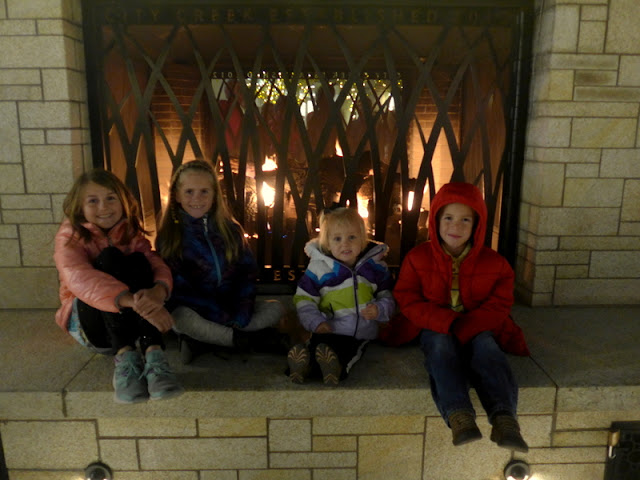 Zoë kept telling everyone who would listen (mostly the missionaries; they're always willing to listen) that she saw the temple. "I see temple!" she'd say, and then she'd often break into a song Grandpa has been helping her learn. He started singing it on the drive up to Idaho and for some reason she decided she hates it when he sings it, so she yells, "No! Me 'ing!" He tries to get a bit more in every time he sings it before she cuts him off entirely, so ever so slowly she's getting the song down.

"I love to see the temple! I'm going there someday!" she'll sing before she runs out of words she knows. Once she added, "To twinkle, twinkle little star!" because that's another song she knows (so why not).

Anyway, there was a lot of "I love to see the temple!" being shouted from her stroller.