The South Towne Mall is hosting an official Harry Potter pop-up store through the holidays. My sister Kelli had been working at a booth in the mall right in front of the display and told us that we just had to get down there. Unfortunately, the kids had school right to the bitter end, so we didn't make it to the mall until, well, yesterday.

It was certainly cool to see the store windows of Hogsmeade. 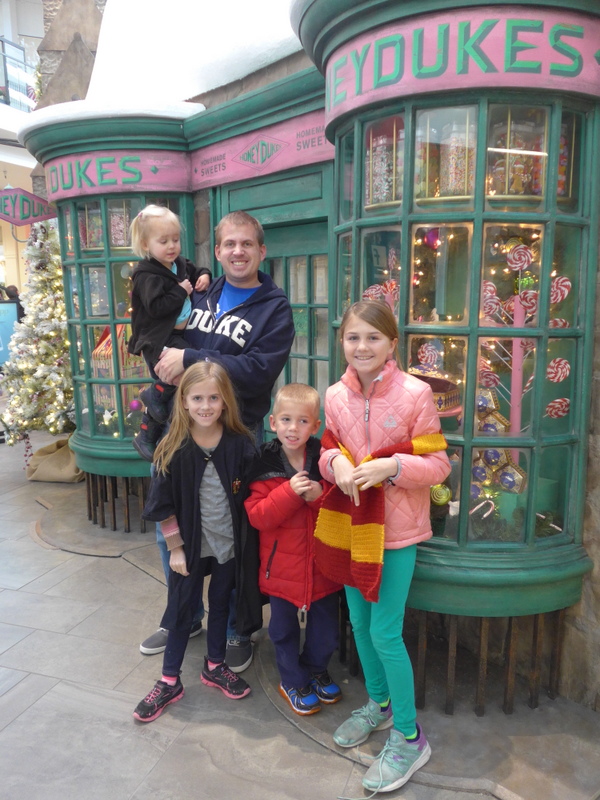 The employees are all dressed up in ambience-enhancing costumes. The best was Ollivander, who gave us a lovely (though painfully scripted) introduction to his shop. Here's a picture of everyone admiring various wands: 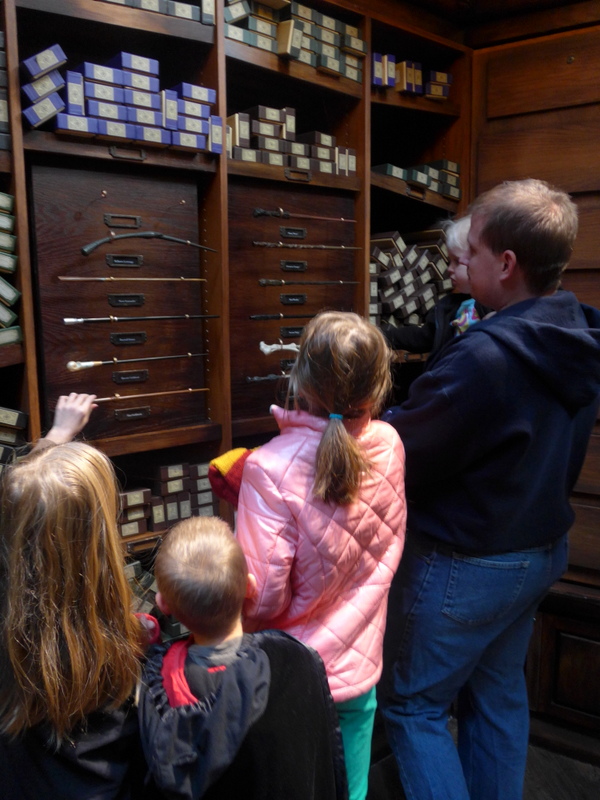 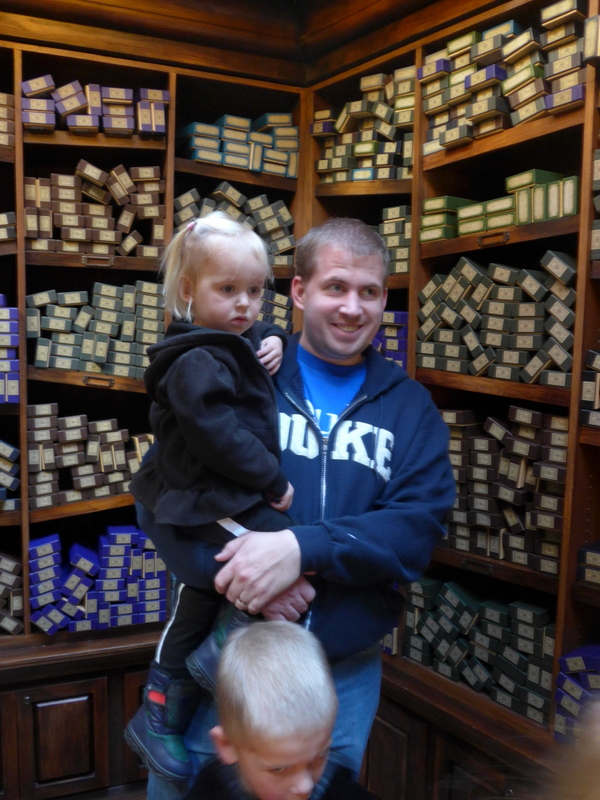 There was a Quidditch pitch where the kids could grab a quaffle and shoot them through the hoops. The kids had a lot of fun with that. 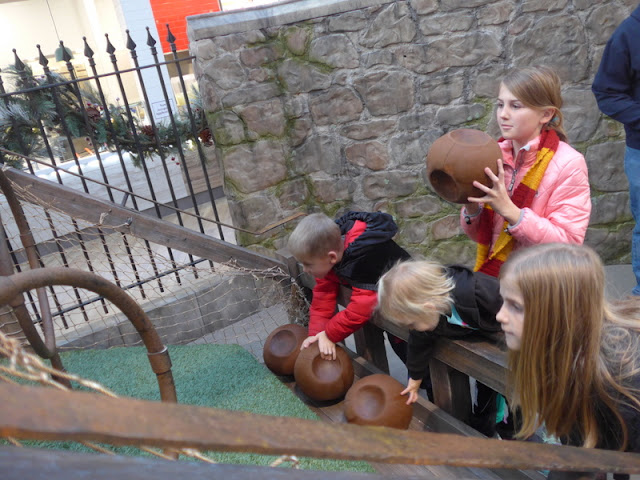 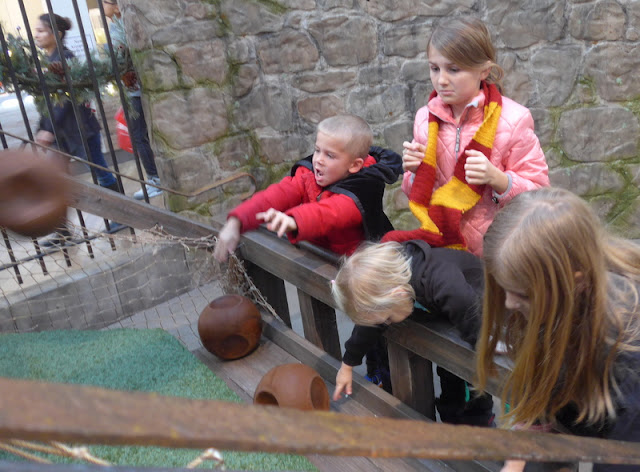 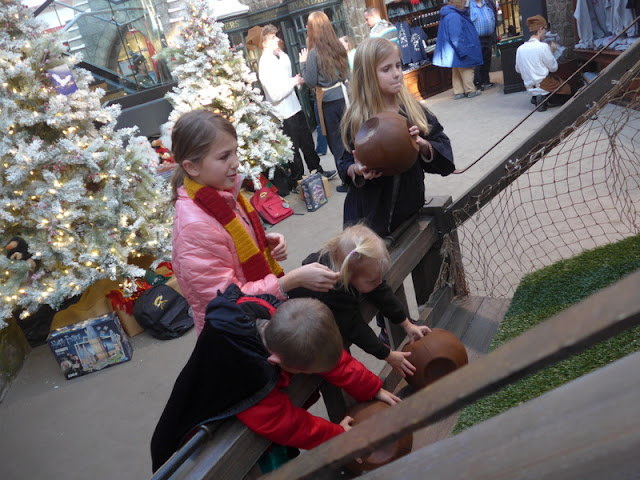 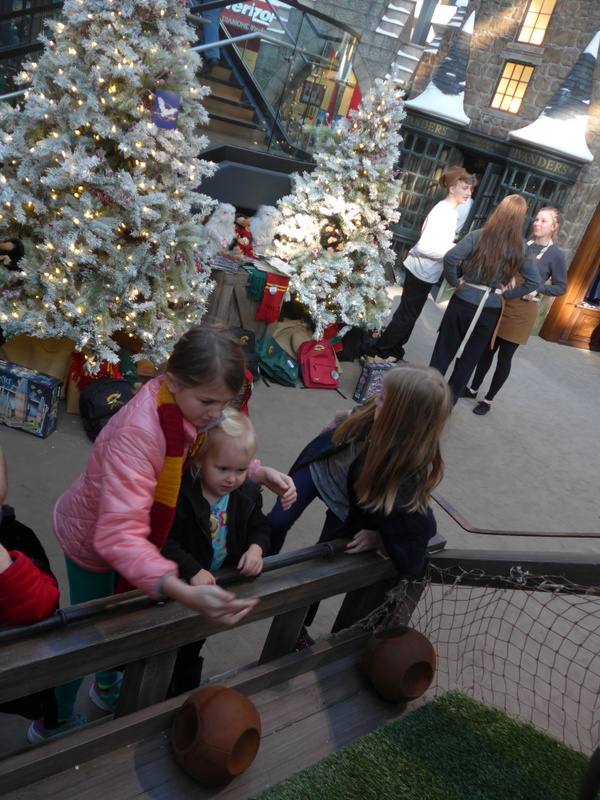 Here we are looking at a few more shops: 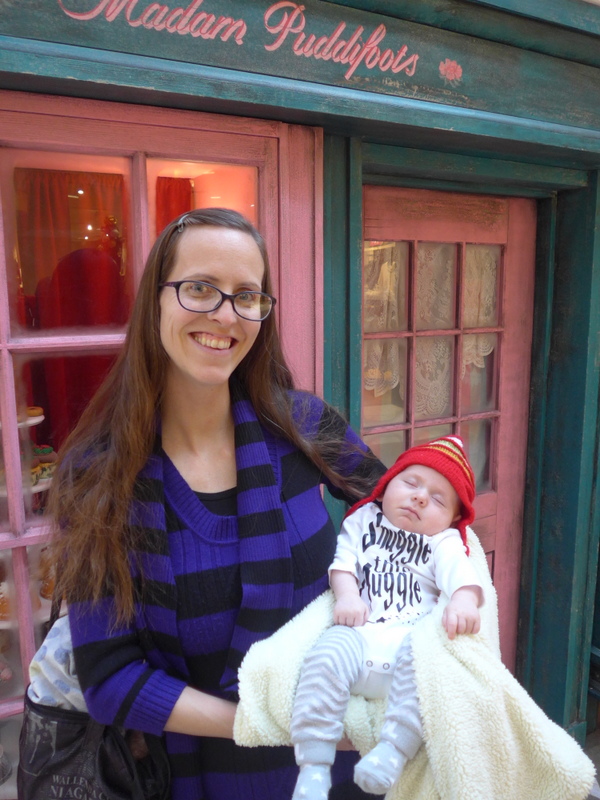 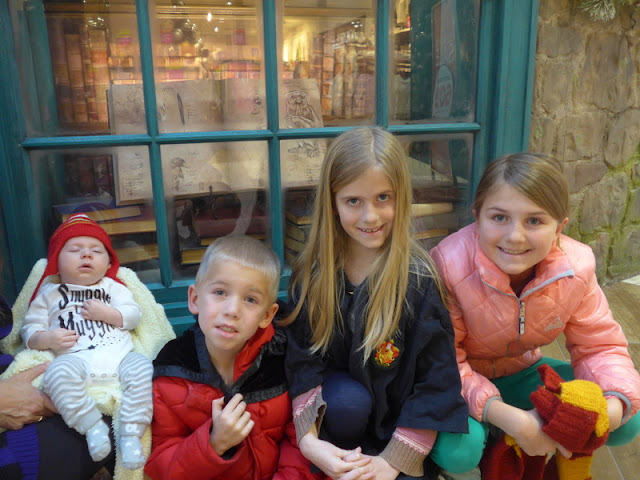 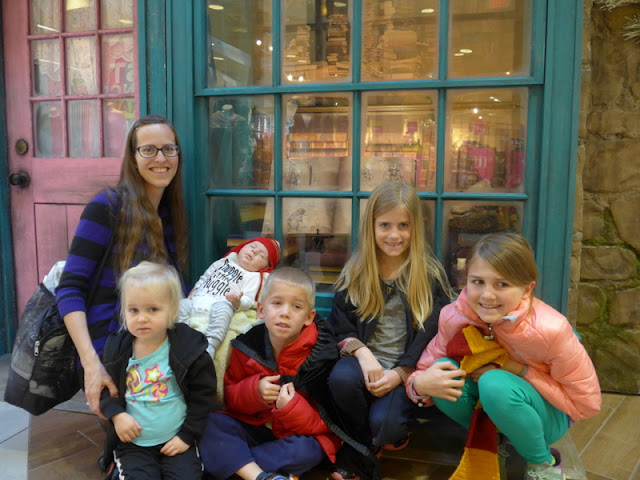 I'm glad we went when we did because we more or less just waltzed on in. It was only when we were leaving that we noticed the rope barriers in an empty corridor of the mall. Evidently Hogsmeade was much more crowded earlier in the season! I'm glad we didn't have to wait in line for what ended up being underwhelming and overpriced (though we did enjoy what we saw, we didn't buy a single thing). 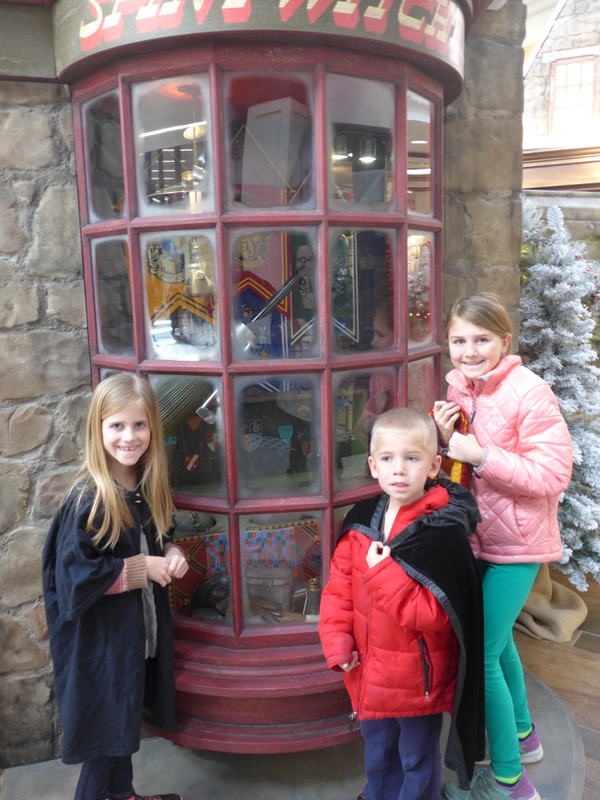 Our kids know better than to actually ask for anything at a store, but they did look at the price tags of a few things and were equally aghast as their parents ("$24 for this tiny niffler?!") and Miriam hinted that "it would be cool if we could each get a wand." 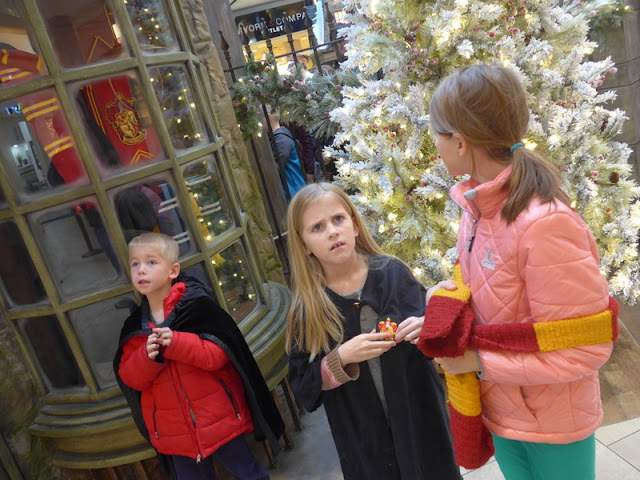 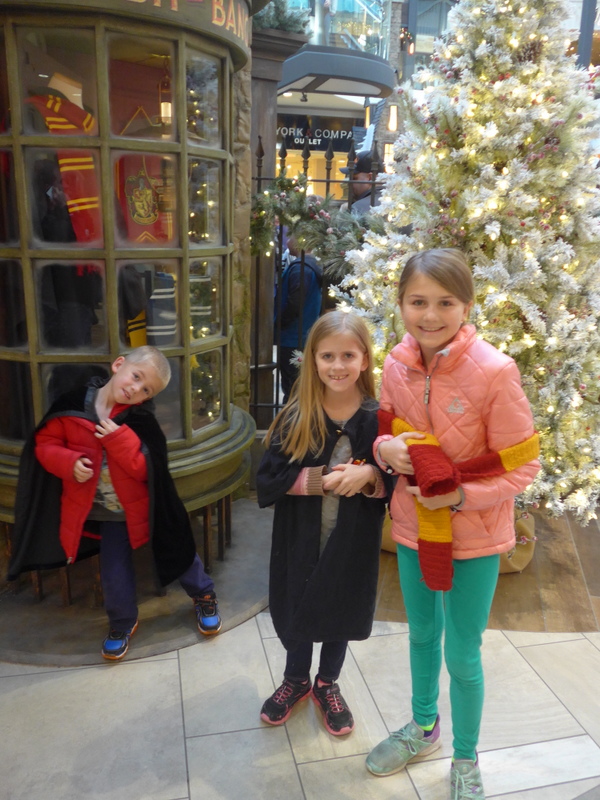 What we did do was send Daddy on a run to the craft store for some dowels, glue sticks, and paint, and we helped the kids make their own wands (thanks for the idea, Crystal).

We used a glue gun to make designs on the dowels... 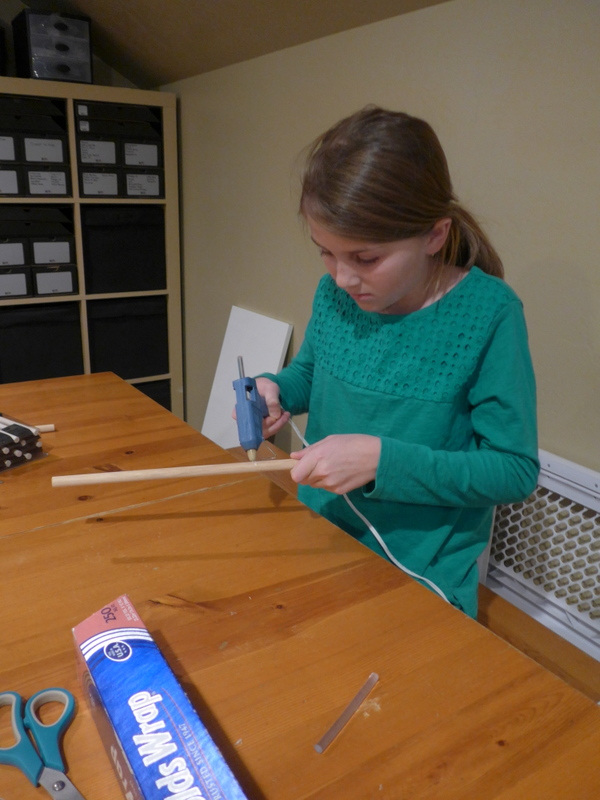 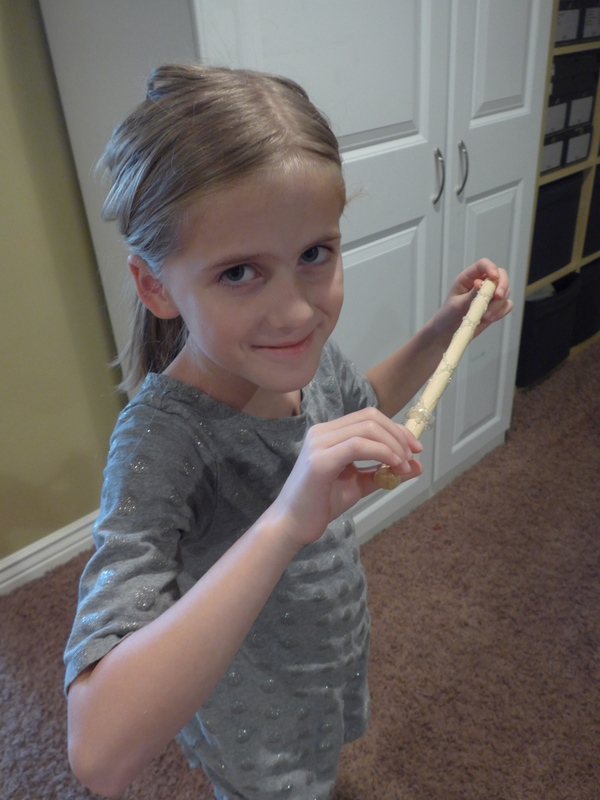 And then the kids painted their wands: 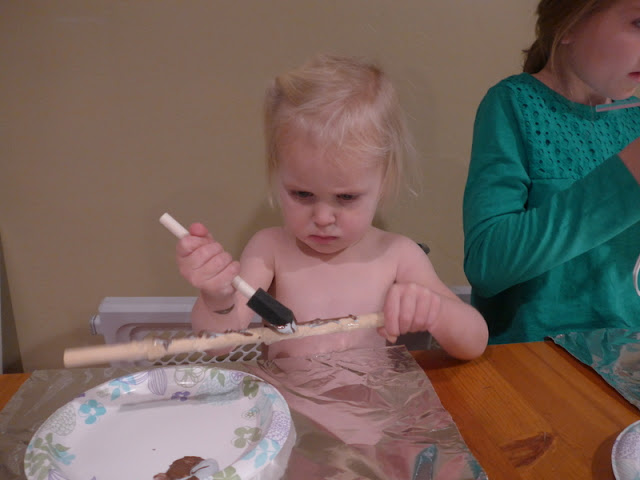 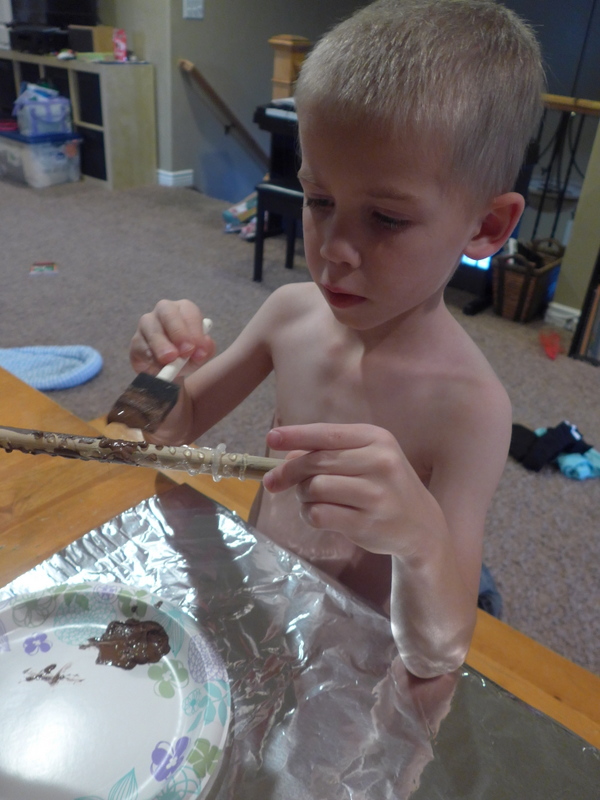 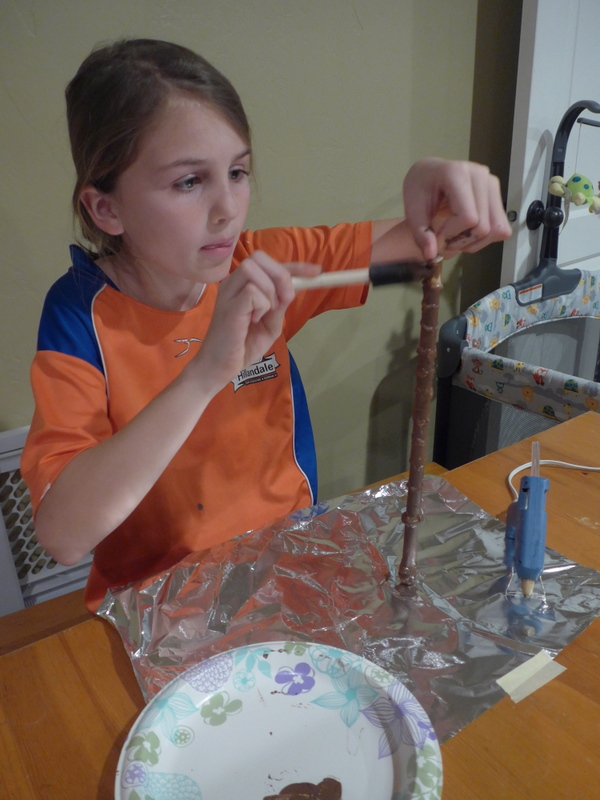 We let them dry, applied a sealant, and now all four kids have their own Harry Potter wand. 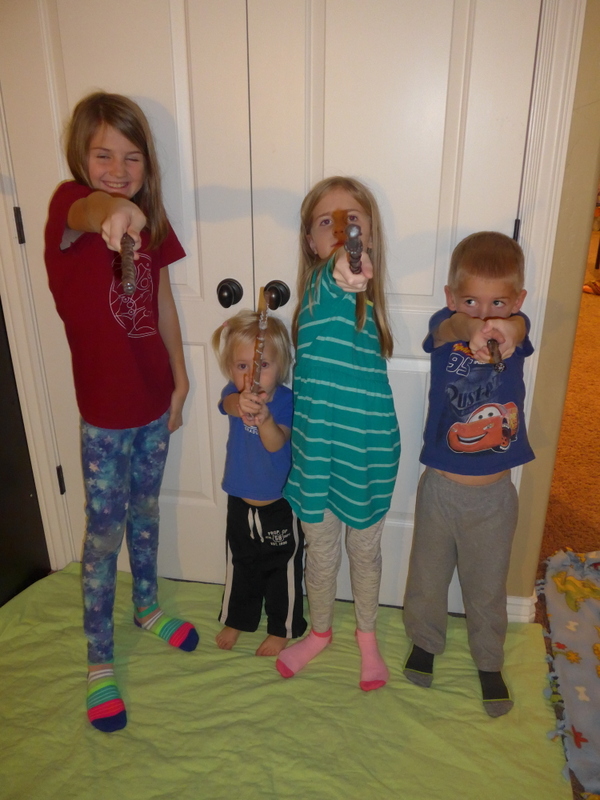