Yesterday was so warm and lovely and my children so ridiculously full of energy that we took a little walk before dinner. The kids enjoyed climbing the "snow cliffs" left behind by snow shovels: 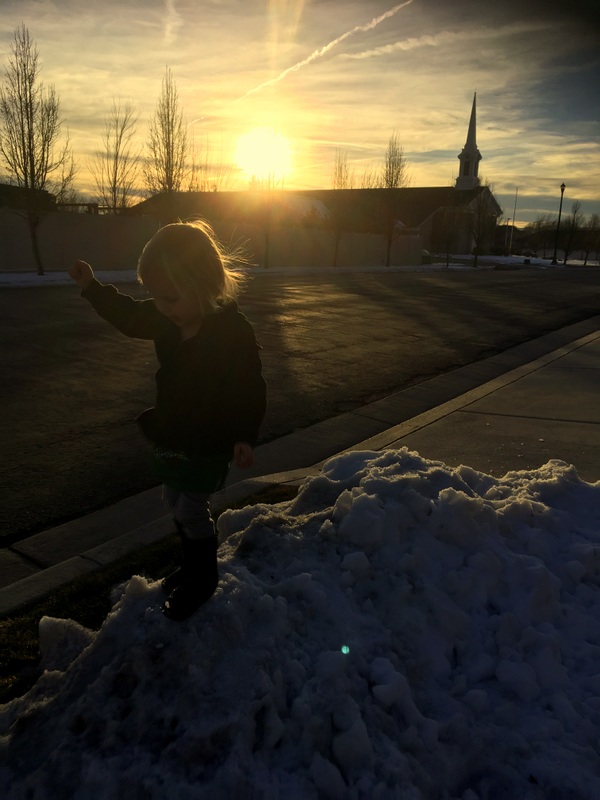 Grandma and Grandpa got back from Mexico yesterday. They brought back these darling dresses for the girls. Miriam and Zoë wore theirs for the rest of the day. Rachel is reserving hers for Sunday, I believe. 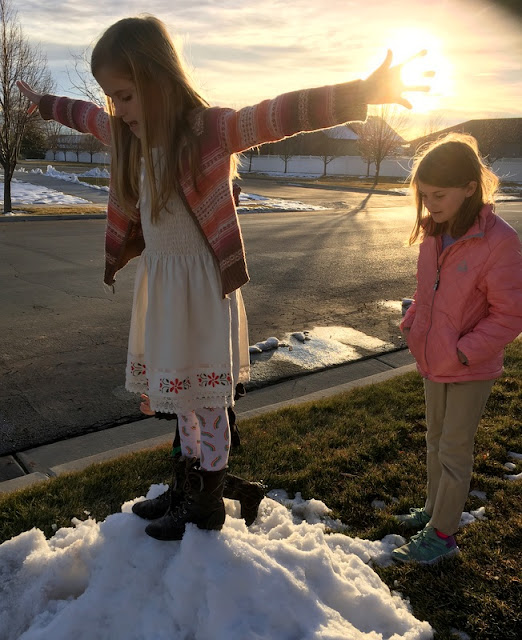 It wasn't too chilly while the sun was still up, but the minute it dropped below the horizon, things got chilly fast. 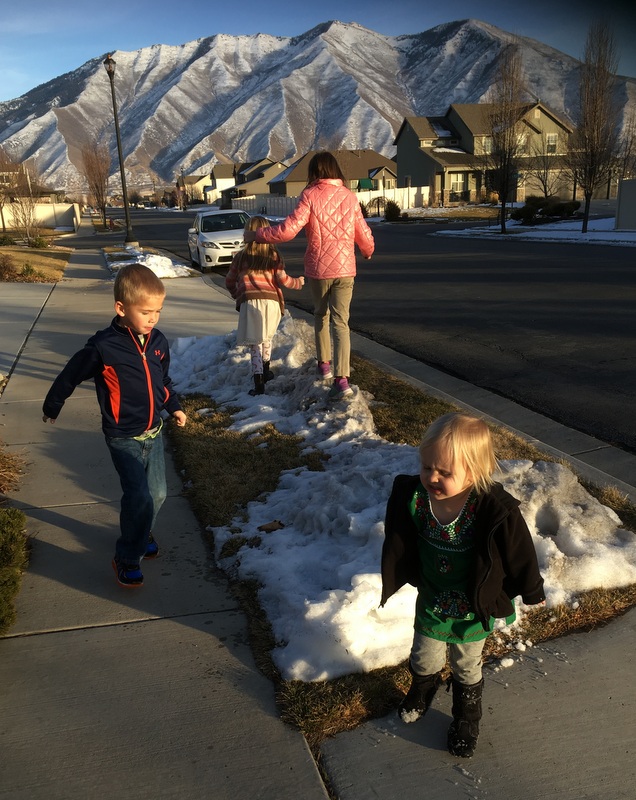 Still, we had a mission for our walk—to find Miriam's friend Hannah and invite her over for a late night. Rachel had already made plans for a late night with another friend, so it made sense for Miriam to have a late night on the same night. Hannah's mom said that Hannah would probably love to but that Hannah and all her siblings had gone to try out their new rollerblades at the park, so we had to go find them. 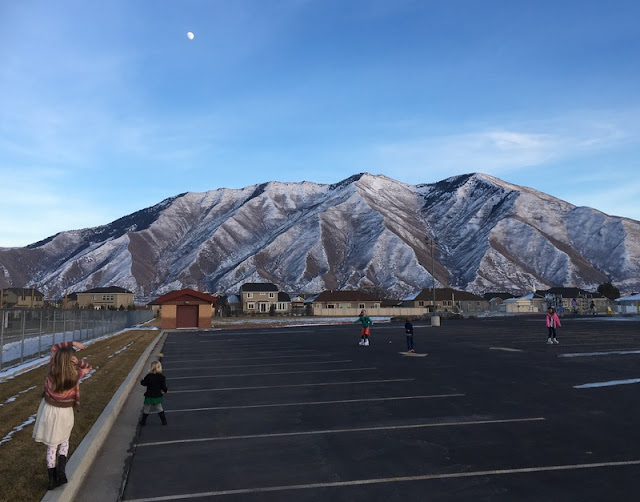 Here's Benjamin cuddling a chunk of snow/ice. His hands were so cold by the time we got home, but no one had thought to bring gloves (it was over 50 degrees when we'd left the house (about 10°C)) and he wouldn't stop picking up snow—so no wonder! 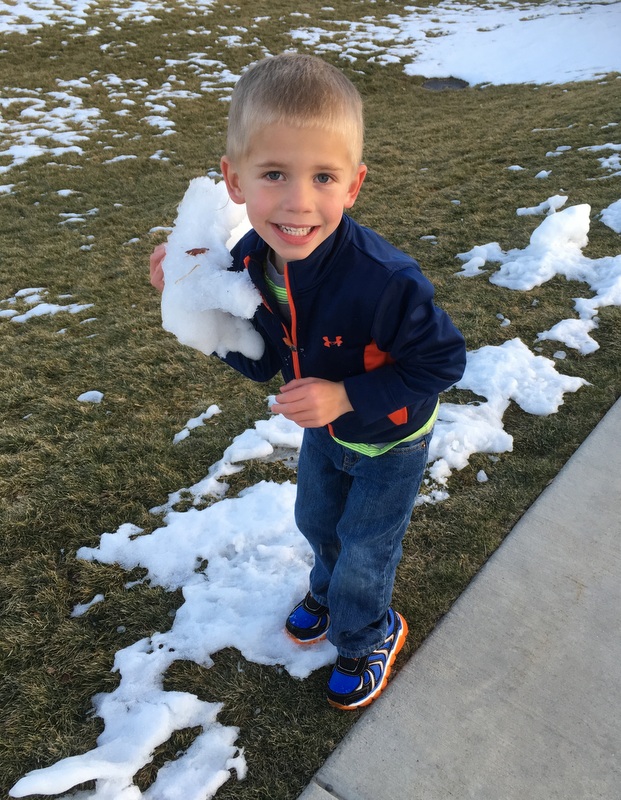 It was a good little walk, and the girls had fun having a late night with their friends. Late nights are, like, the thing out here. And they seem quizzically mild compared to what Andrew and I figured a late night would be. We were thinking, oh, 11 PM or something. But, no.

A late night in these parts is over at 9 PM.

Which totally explains why, when we had Rachel's friend's family over earlier in the break (to sing some Christmas carols and have treats) and the girls asked if they could have a late night, the friend's parents were like, "It's a little late for a late night," and I was like, "Oh. Is it?"

I'm still trying to figure out the neighbourhood culture, I guess.
Posted by Nancy at 2:03 AM