Babies, as it turns out, require quite a lot of time and attention. Go figure.

Eight years ago, I whipped up a stocking for Miriam and we shoved her inside because when you have a tiny baby at Christmastime you need a picture of the baby in a stocking (I think there's a rule about that somewhere).

This year I stuffed Alexander into Benjamin's not-quite-finished stocking (because Alexander doesn't have a stocking yet (and why would he? Zoë doesn't have one yet either)): 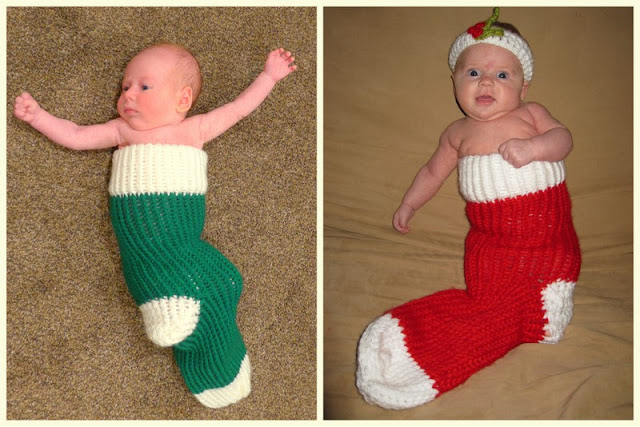 I still have to add Benjamin's name and the little hanger thing on his stocking. And I think I will try to knit one up really quick for Zoë this year as well because we only have one extra one (that Grandma Sharon made, and which we've always used for our babies when I've been too slow to make a stocking for them by Christmas, which has happened 3/5 times).

I think, judging from the size of the stockings (which should be about the same size since they follow the same pattern) and the sizes of the babies stuffed into them, that Alexander isn't quite as chubby as Miriam managed to be by this age. 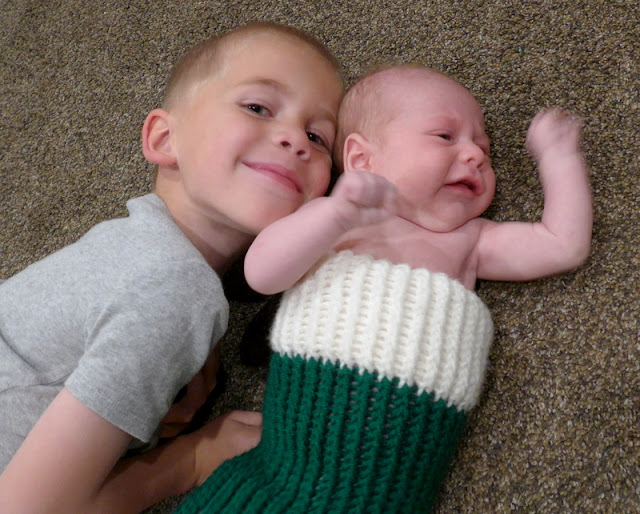 But he sure is a sweet little stocking stuffer! 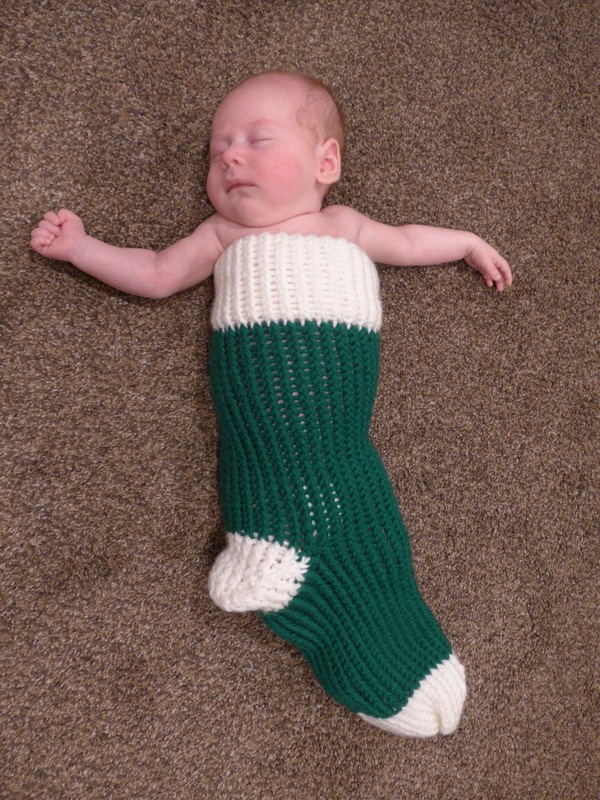