Last night I dragged the kids out of the house at 10:00 at night so we could pick Andrew up from the bus stop. He was coming in from DC where he'd just spent a couple of days, primarily for a one-day course taught by Edward Tufte. Since Andrew will be teaching/assisting a class on the subject matter, Duke paid for him to go. And he was super excited to go, too.

Graphs and charts make Andrew ridiculously happy. He moonlights as a typesetter. Basically what I'm saying is...attending this course was a dream come true for him.

Anyway, his bus was supposed to roll in by 8:50 PM but he texted to let me know he'd be late, so we left late, but then he was even later than we'd supposed. The bus didn't show up until around 11:00! It was so ridiculous—it sat for a half hour on the other side of Durham while they switched drivers. Like...what?!

The kids were happy to stay up and wait. I was so finished parenting so I let them choose a movie—they watched Tarzan...and then some My Little Pony...before we left. Benjamin got bored and was playing with some plastic dinosaurs on the floor and then he got tired and lay down all over them.

"Then get up," I suggested. "You're lying on a bunch of dinosaurs."


When we were getting ready to go he asked me to carry him to the car.

I made him walk out to the van. He fell asleep just as we pulled into the road the bus stops on (not sketchy at all) and slept for about twenty minutes while the girls played "I Spy." We learned that "I Spy" is a rather boring game to play in the dark, even when Mommy so kindly turns on the interior lights of the van, so we switched to "I'm thinking of an animal..."
That game got so exciting that we woke Benjamin up. And he was not happy and did a lot of yelling (mostly wondering where we were, why he was still in his carseat, and commanding everyone to leave him alone). But eventually Daddy's bus came and that made Benjamin very happy.

Andrew had terrible internet connections the whole time he was in DC so we basically didn't hear from him for two days, but he enjoyed the course and got to do a little sight-seeing as well. He had a good time. But I told him he's not allowed to go on any more trips until the baby is here because...ugh...I'm so over solo parenting. 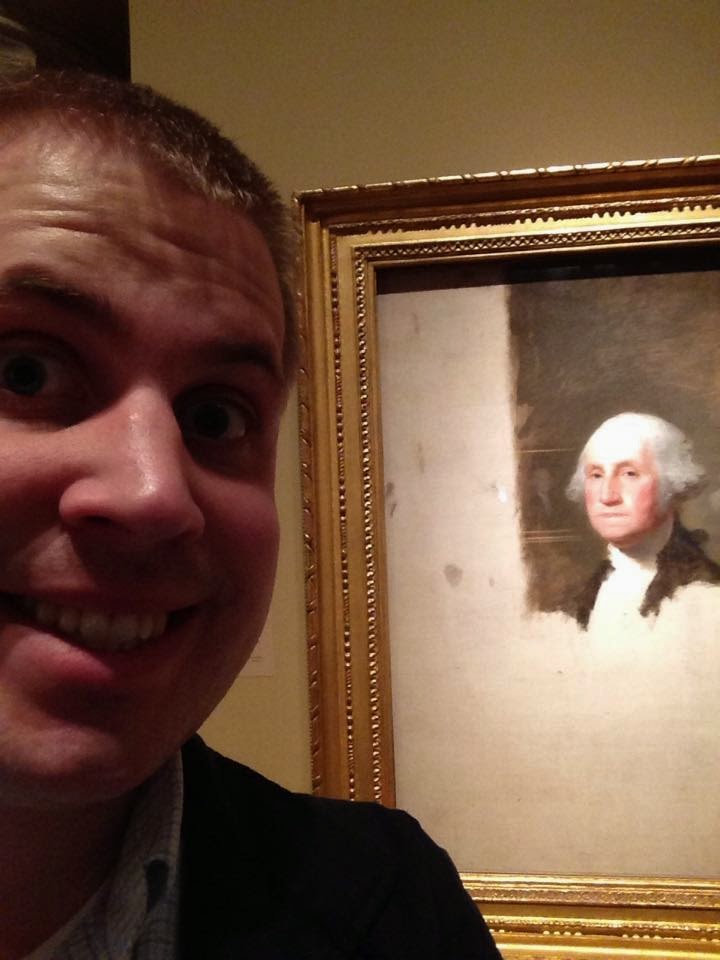 And here's a shot he took of The Mall: 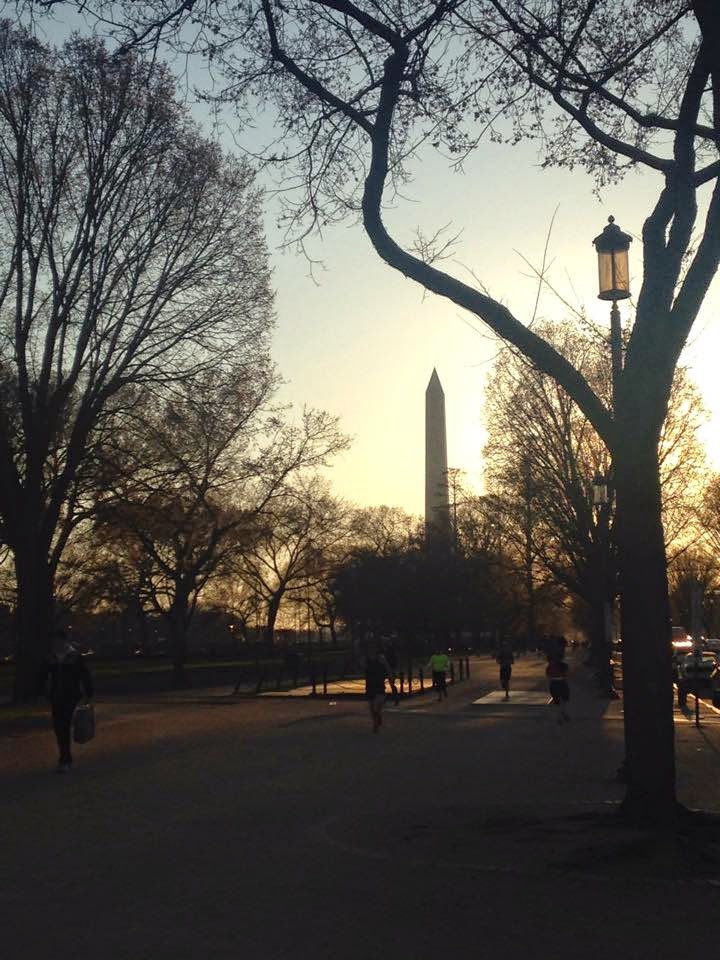 And here's a picture he took of the breakfast he had at Lincoln's Waffle Shop: 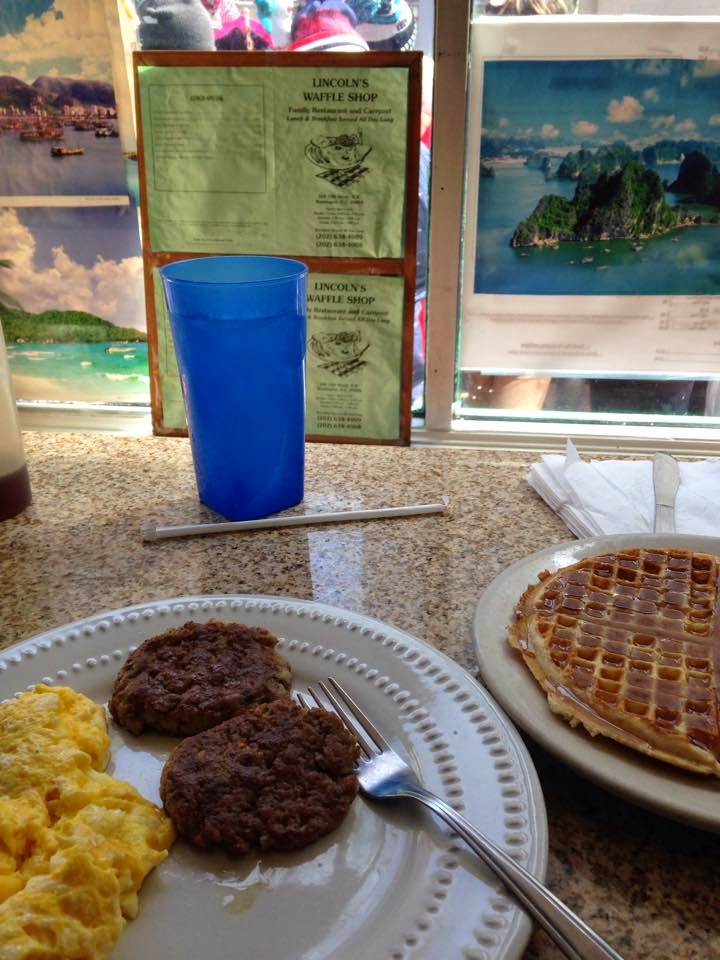 The hotel he stayed at was right there by Ford's Theater, where Lincoln was shot. This waffle shop is, obviously, right there as well.

Oh, funny story! Benjamin's still not sleeping through the night but he's learned to walk into our room and quietly claim his rightful spot on the floor (by my side of the bed). On Wednesday night, though, he marched into our room, all the way over to Andrew's side of the bed. He pulled himself onto the bed, said, "Daddy's not here, so..." and then lay down and went right back to sleep.

He came into our room last night, too, but didn't try to get into bed. I found him on the floor in the morning.

I figure he'll eventually learn that his bed is much more comfortable than the floor but as Rachel pointed out, sleeping on hard surfaces is good for your back. I'd like to know where she heard that (hint: it wasn't from me—I don't think I could have too many pillows).
Posted by Nancy at 11:52 PM