Andrew's colleagues threw a baby shower for us today; it was so nice of them. I think the masterminds behind the party were Jen, Ade, and Sierra, though everybody helped. Those three girls, though, were extra excited to meet our kids because they really like Harry Potter and Doctor Who and having the opportunity to get down and draw on the sidewalk with chalk.

We had a potluck-style meal. Amy was sweet and brought some homemade treats, but I steered clear of those (as well as the store bought goodies), and instead focused on vegetables and cheese.


I don't even want to talk about blood sugar today. But you know that means I'm going to, right?

So, I ate a dinner balanced according to my meal plan (3 proteins, 3 carbs, blah, blah, blah), and then I biked for a half hour. But my two-hour postprandial glucose level was 116 mg/dL! That's fine but also not great. 120 mg/dL is the maximum. Lower numbers are better, obviously.

While I can find lots of advice about fasting numbers—because apparently many women with gestational diabetes struggle with their numbers first thing in the morning (I haven't)—I can't find very much about high numbers after meal time.

That 116 just about made me cry. Because why?! Why is it so high? Obviously the advice to "just add 5 or 10 minutes to your already 20-minute post-meal workout" isn't panning out so well thus far.

Part of me wants to blame the apple I ate with dinner. Apparently fruit is evil and should be eschewed completely...even though lunch and dinner are the two times fruit is "allowed" (recommended?) as a carb (the other 4 meals suggest avoiding fruit).

Anyway, here's Danielle joining in on the chalk drawings: 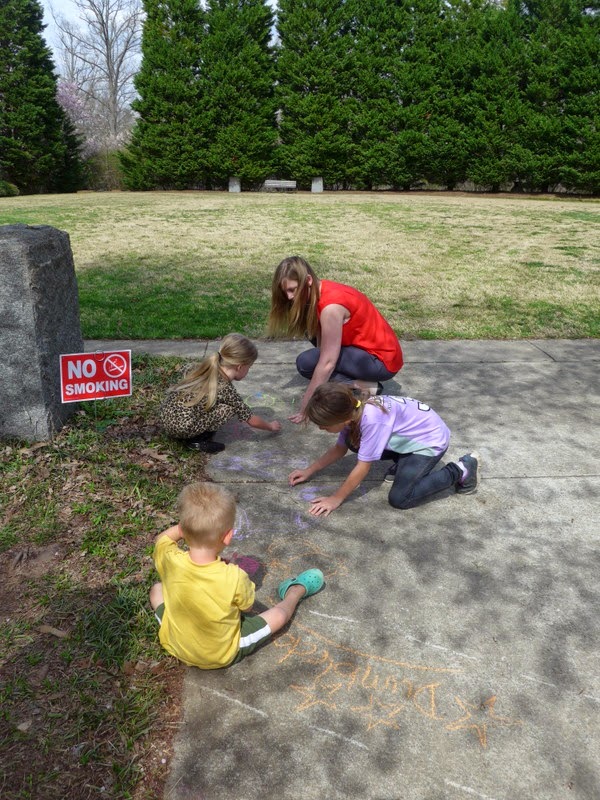 And here's Rachel modeling her hat, which she fashioned out of streamers: 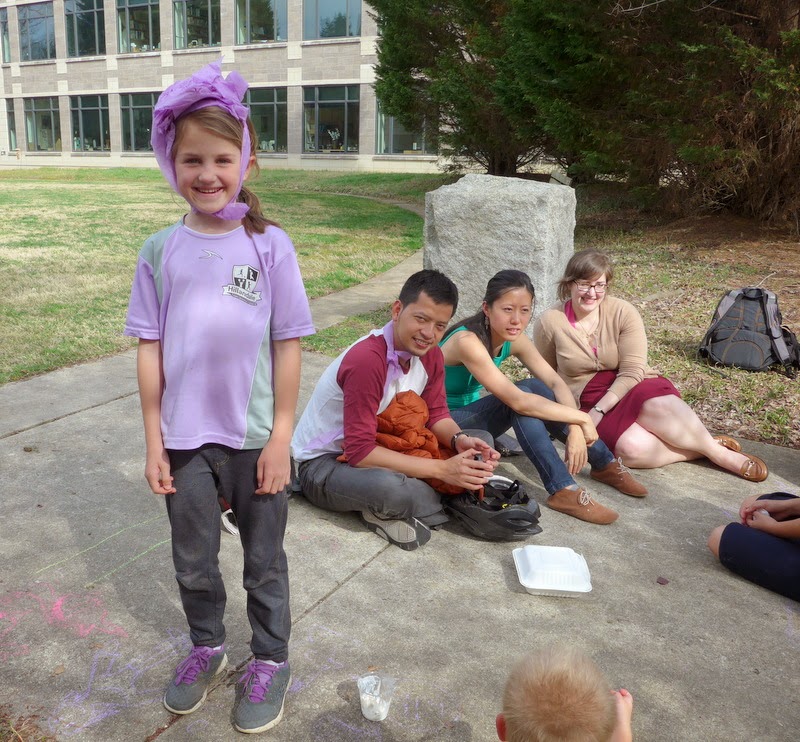 She also made a dress for Ade (though I think the dress morphed into the hat): 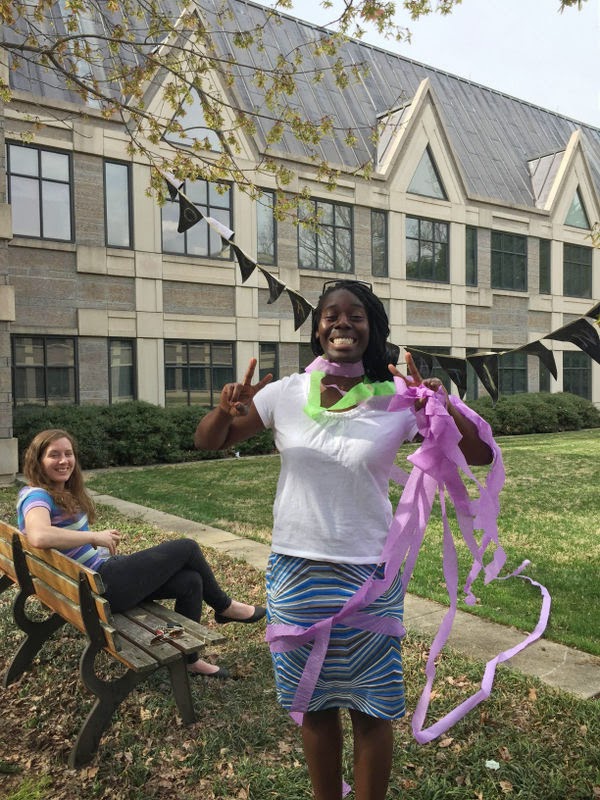 I tried to convince Benjamin to change his clothes before we left the house because he was filthy from playing outside all day—he was covered in chalk and dirt and lunch—but he refused. I managed to get him to try on a pair of overalls, which I think are adorable, but he complained about them, "Me just not 'ook cute in these. These are too much for baby Zoë, not for me. I need my green shorts back!"

So we showed up a little messy, which ended up being fine because he only got himself covered in more chalk and dirt and food. He was going a little crazy over the food. At one point I caught him eating out of a carton of ice cream with a fork!

We took a group picture on someone's phone, but I don't know whose. I have several of our family though. One where we all look normal: 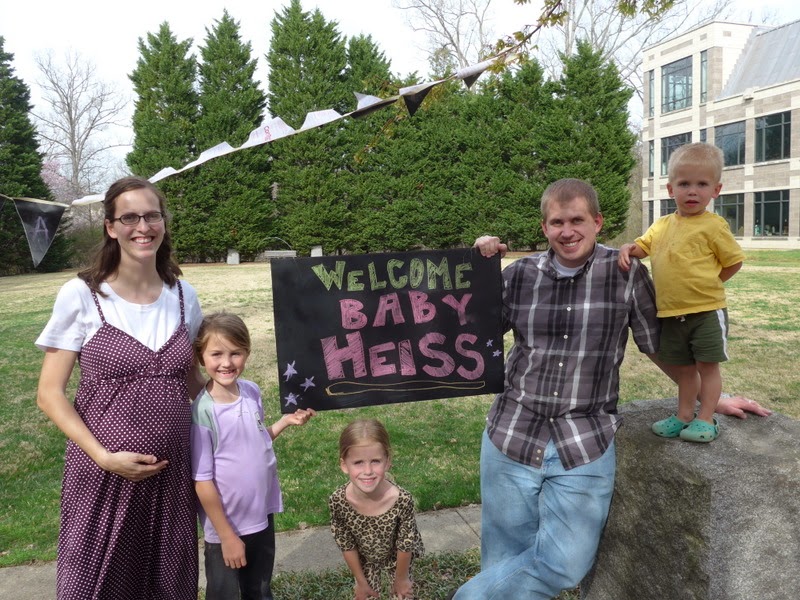 One where Benjamin looks super sweet (but my eyes are wonky): 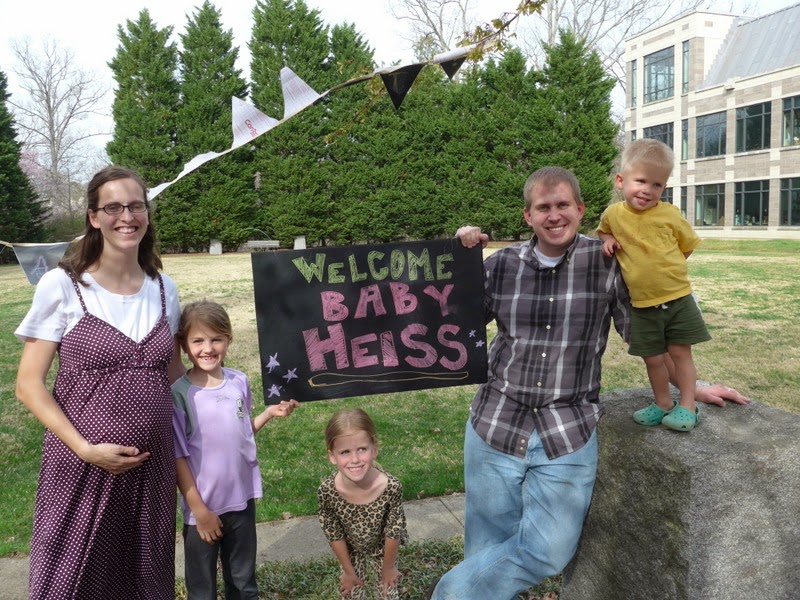 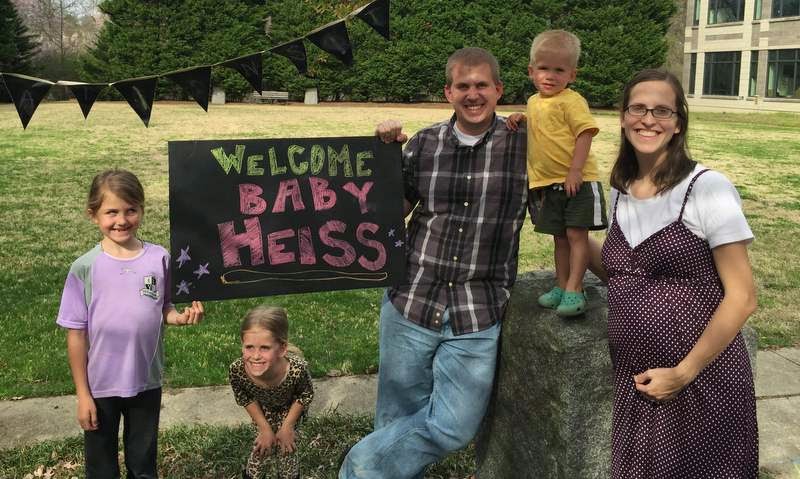 And one of just the kids: 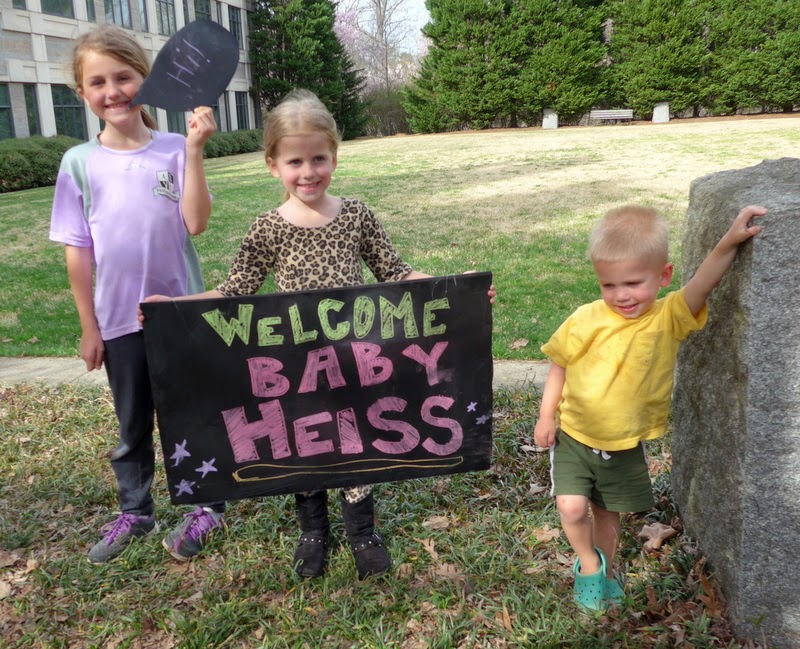 It was a fun afternoon and it was so nice to met/see again some of the people in Andrew's program.

Hey, look! I found a group picture...of just the few that were left at the very end, right before we cleaned up. Other people were there earlier on. 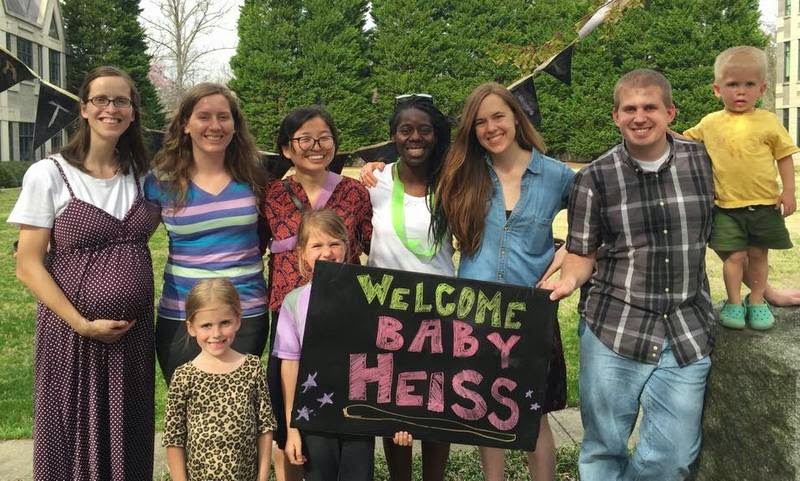