Of all the holidays to be diabetic for, Easter's a good one. Christmas on the other hand, now that would be a doozy. But I think I can handle Easter. I don't mind missing out on Easter candy too much (Peeps? Nasty) and the traditional food—hard boiled eggs—is totally in line with my diet.

Anyway, we dyed our eggs this afternoon during the second session of General Conference. We figured it was as quiet of an activity as colouring pages or purposely annoying one another is.

The kids were rather excited about it. I think they're more excited about tomorrow's Easter Egg Smackdown, but they think dying eggs is rather fun, too. 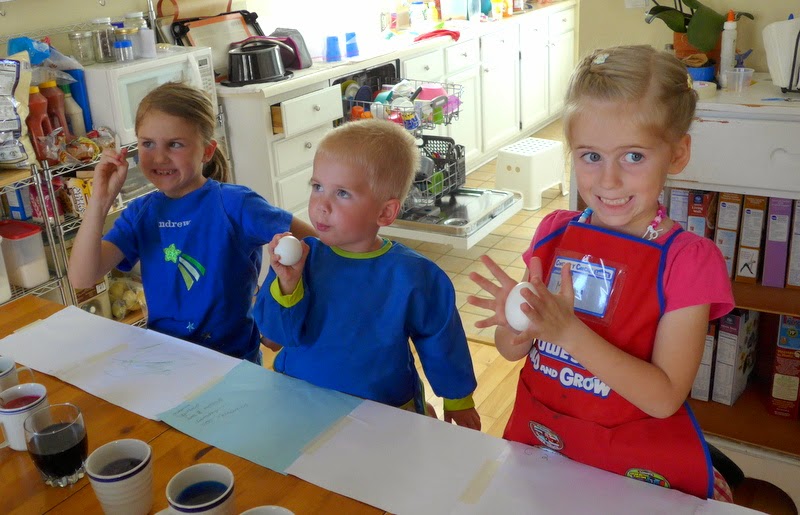 Last year (or a couple years ago) we did the same thing after Easter that we did after Valentine's Day—we went shopping and bought several packs of dye for super discounted prices, which meant that we got some fancier packs than we would've gotten otherwise. This year's pack came with more colours to choose from as well as paints and other extras that we might use tomorrow...or save for another year because glitter and two-year-olds are a terrible combination. 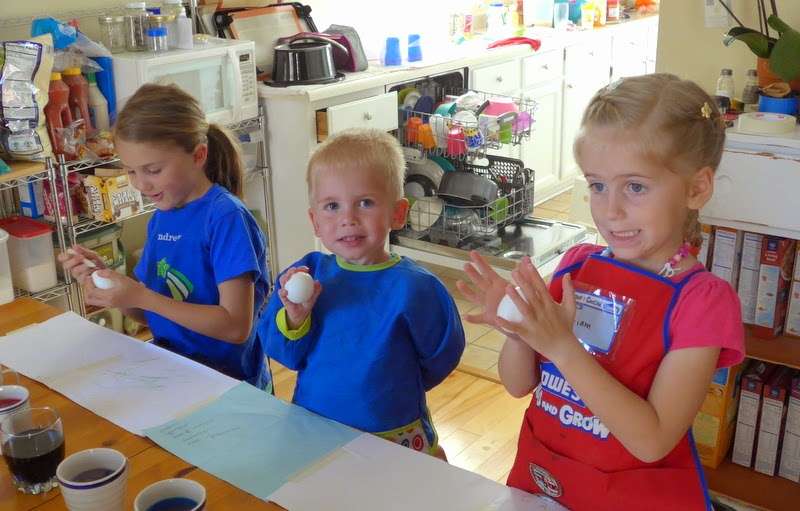 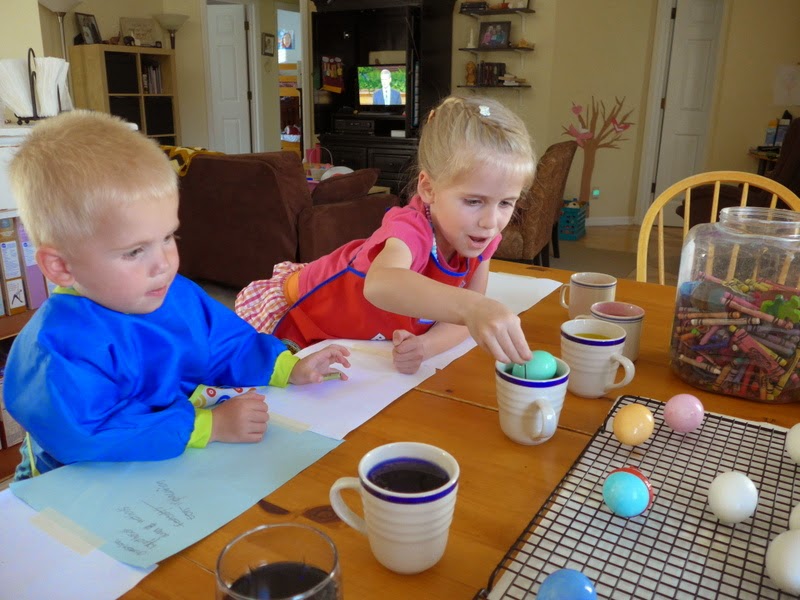 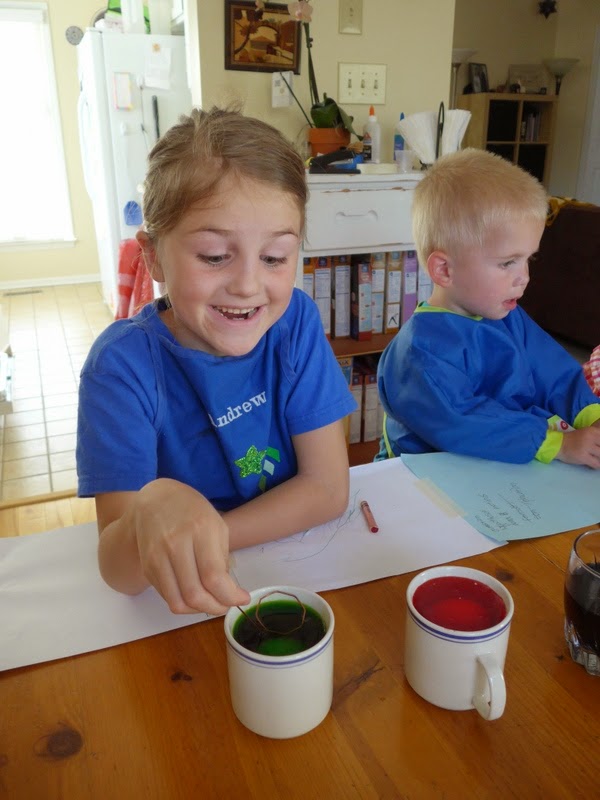 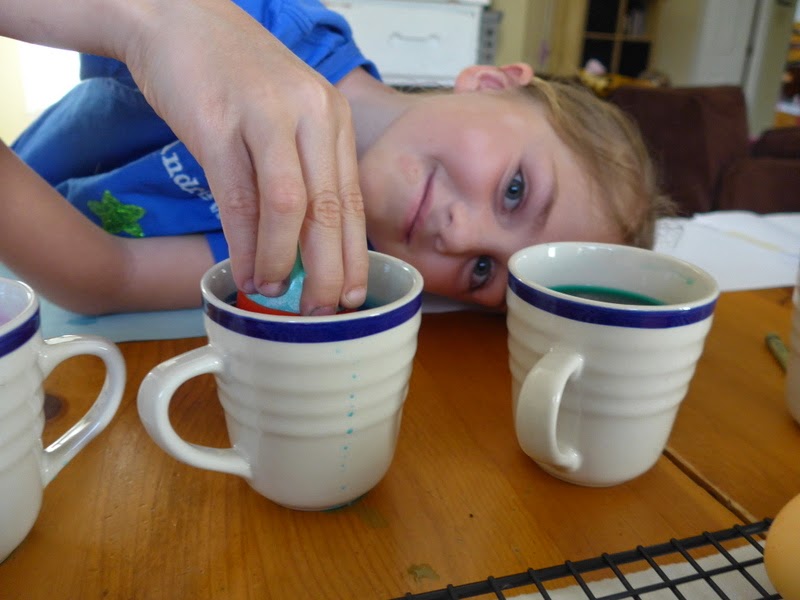 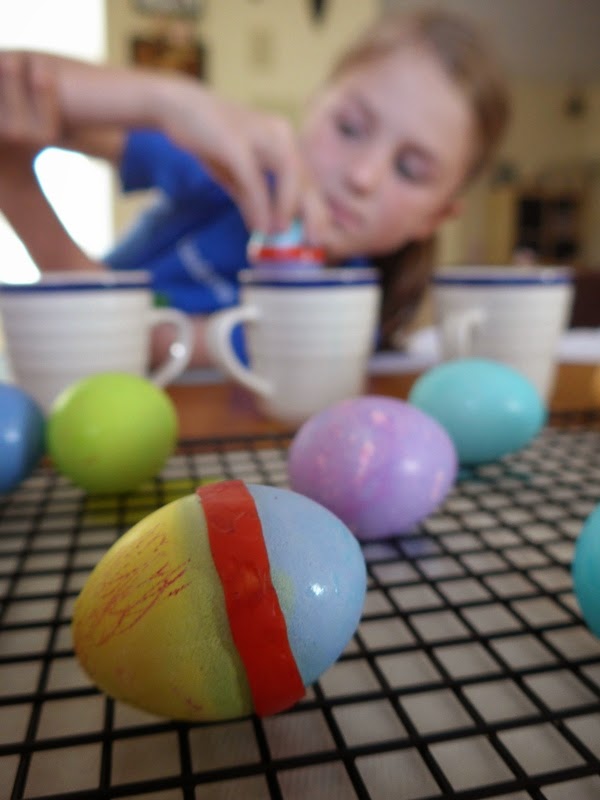 We'll see how they fare tomorrow in the smackdown. We had 18 eggs to dye but lost two due to accidental drops, which really only helps our bracket—we'll be starting with the sweet sixteen!

And on Monday we'll see how Duke fares in the championship game—because they won their game tonight! It was a pretty exciting game.

Our day was packed with television watching, though! Four hours of conference, plus a basketball game, plus priesthood session. The egg dying was a necessary break from sitting in front of the television—not that that's all that we did.

Andrew mowed the lawn while the kids played outside between sessions and we cleaned the house together before conference started (not that you can tell now). Still; it was a lot of television for one day!
Posted by Nancy at 10:41 PM