Miriam gave the lesson for family night last night and we promised my mom on Sunday that we'd tell her about it. It was an interesting lesson, that's for sure! Miriam had wanted to give the lesson last week but I didn't let her because she didn't prepare anything. She's spent the last week preparing and was so ready for last night.

For the first part of her lesson we watched a short video about Samuel the Lamanite that I helped her find. She'd decided on Monday afternoon that she should probably have a scripture to go along with her lesson so she got down The Book of Mormon, opened it up, and said, "I'm going to find a scripture in Helaman chapter thirteen." And she did (and then she asked me to help her find a movie of it).

After we watched the movie she read Helaman 13:2–3 to us.

Then she got out her notebook and read the little talk she'd written based on some old stationary she found in a box. Each page of stationary had a little verse about friendship on it. She chose certain pages to turn into a "song" for us.

The top of the page says "What do friends do to you when you give them a gift!" She didn't wait for us to answer (after all that sentence ended with an exclamation mark, not a question mark) but just continued with the rest. "Here's a song for you to hear.

(Sidenote: her lowercase g's are always backwards, which makes it rather entertaining when she writes the word egg.) 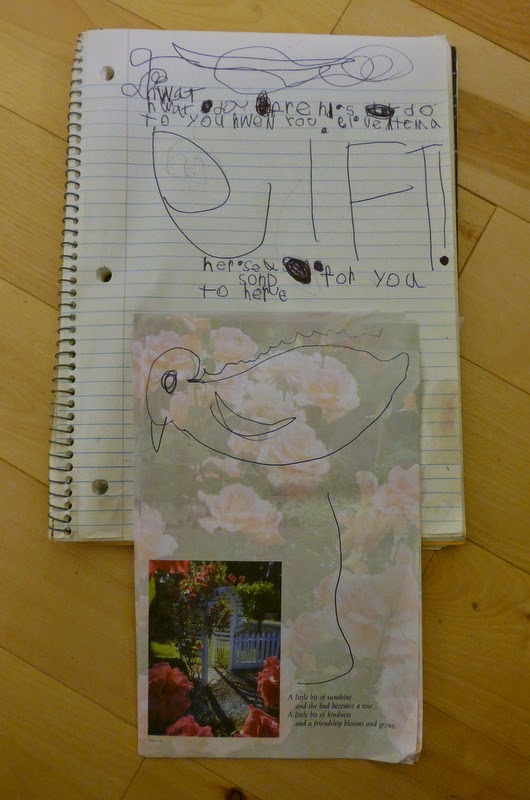 "A little bit of sunshine and the bud becomes a rose... / A little bit of kindness and a friendship blooms and grows," she read and then flipped the page. "Oh, this page has a stegosaurus on it," she remarked seriously before reading the verse: "A friend is someone who reaches for your hand and touches your heart." 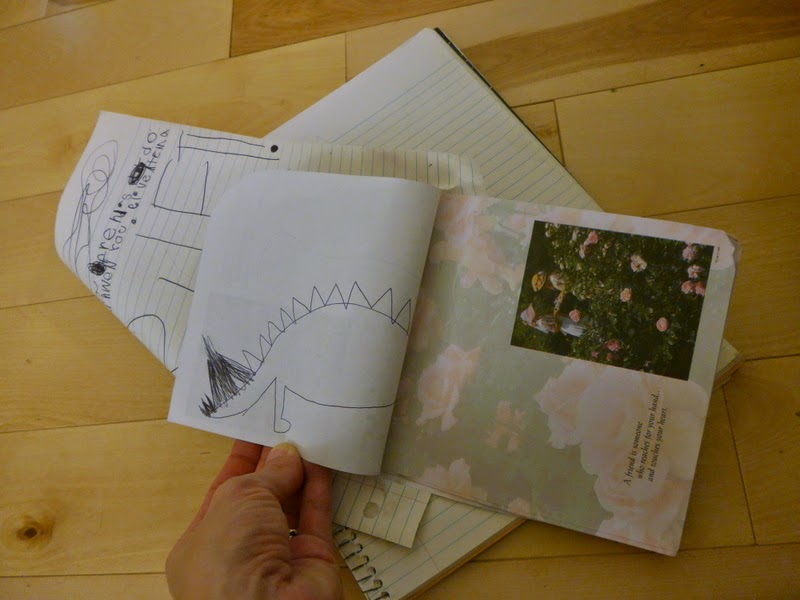 We endured seven pages with such verses, and I don't think anyone even laughed out loud (though a few meaningful glances were exchanged).

When she was finished she jumped up and down and said, "Okay! I've hidden some things around the house! Find them!"

Andrew and I looked at each other in a panic.

"Right," said Andrew. "Otherwise we could find anything. Look—I just found my umbrella."

"Okay, okay," she said. "I hid a little brown bunny, a yellow chick, that doll with yellow hair that looks like me, and three books."

We had her tell us the titles of the book and also what rooms to look in. It was a bit of a wild goose chase but we eventually found all the items (Rachel was quite excited by the game, so truthfully she found almost everything) and earned ourselves a fill-in-the-blank quiz! 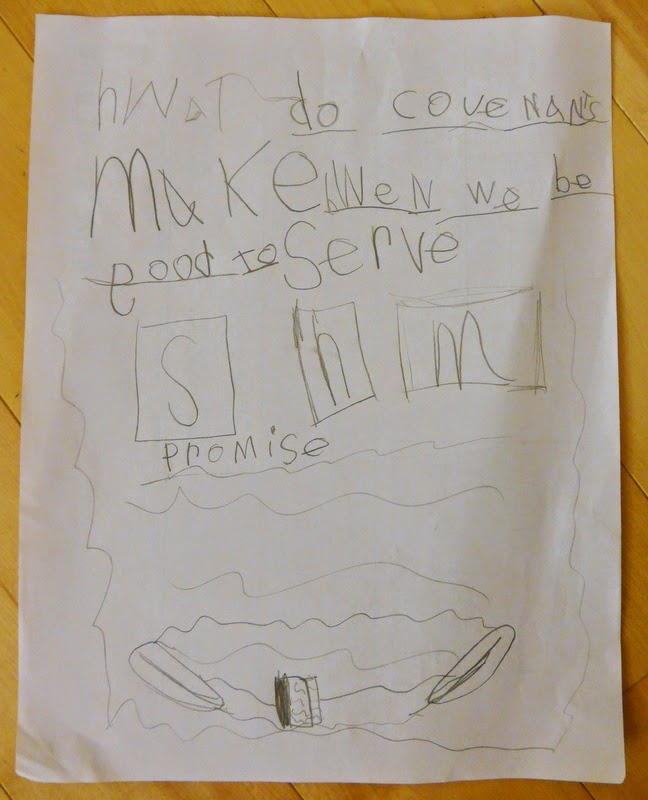 Oi. The "sentence" we ended with was, "What do covenants make when we be good to serve?"

And the answer was found in those three boxes: SHM.

She was right. It didn't make any sense. So she tried to make a new quiz up right there on the spot, but we gently encouraged her to close her lesson so that we could have dessert (strawberries, and no, I didn't have any).

It was an interesting lesson, but we did get a good discussion in about Samuel the Lamanite as well as friendship...and covenants. We'll work on lesson continuity later (because "Let's talk about segues. I want you to take my hand...and lead me through," remains one of my favourite quotes to this day.)
Posted by Nancy at 9:58 PM