It's finally finished! It only took, like, three years, but it's finally finished! I had it all put together by March and was just waiting to get some pictures from Andrew's computer (since we usually download our "nice" pictures there and I only have snapshots from the point-and-shoot cameras on mine). We vowed we'd have it on the wall before Zoë was born so last night I said, "We need to just finish this already—do you have like five minutes?" And when we were finished he said, "Oh, is that all you had left?! I was totally holding you back!" 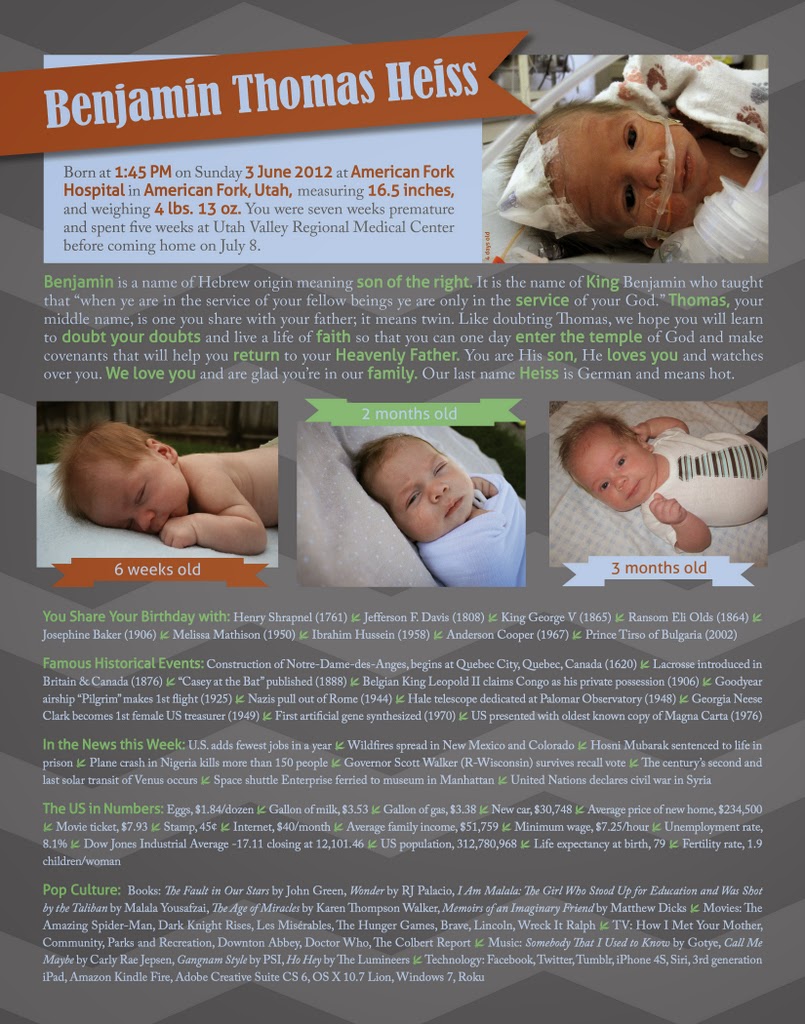 It was fun to go through his pictures again. He was quite a suspicious infant. We hardly have a shot of him looking at ease until he's around three months old! We have big goofy baby smiles on the girls' posters from around a month old for each of them, but from Benjamin all we could find was a suspicious scowl. A what-are-you-going-to-poke-me-with-now face. A thanks-for-ripping-those-stickers-off-my-cheeks-again face. A why-am-i-even-here face.

The middle picture (his 2 month picture) was supposed to be a picture of him in his blessing outfit (and he's in it—that much is true) but he was freaking out in 100% of the pictures...until I swaddled him up nice and tight (so you can't see his outfit at all). Then he calmed down enough to peek at us through his eyelids, obviously not pleased at all with his lot in life.

It's funny because I don't even remember him being a grumpy baby. Rachel was the grumpy one. Miriam was the sleepy one. Benjamin was the...suspicious one. That's the only word for it. He perked up eventually, though, and forgave us for his rough start to life.

He and Miriam look a lot alike now but I didn't ever see the resemblance when Benjamin was a baby. Now that I have his newborn pictures up beside her newborn pictures I can see it (especially his 6 week picture compared to her at two days old (keep in mind that at 6 weeks he hadn't quite reached his due date yet, and at two days old Miriam had just hit hers, so they're about the same gestational age in the two pictures)). The only difference is that he had tufts of dark hair and she had nothing but blonde peach fuzz.

And now that I'm finished with this project I can start drafting a birth announcement for Zoë!

Here are Rachel and Miriam's birthday posters, which I may or may not have posted about in the past. I can't find the posts now and putting up new pictures was easier than looking through the archives. 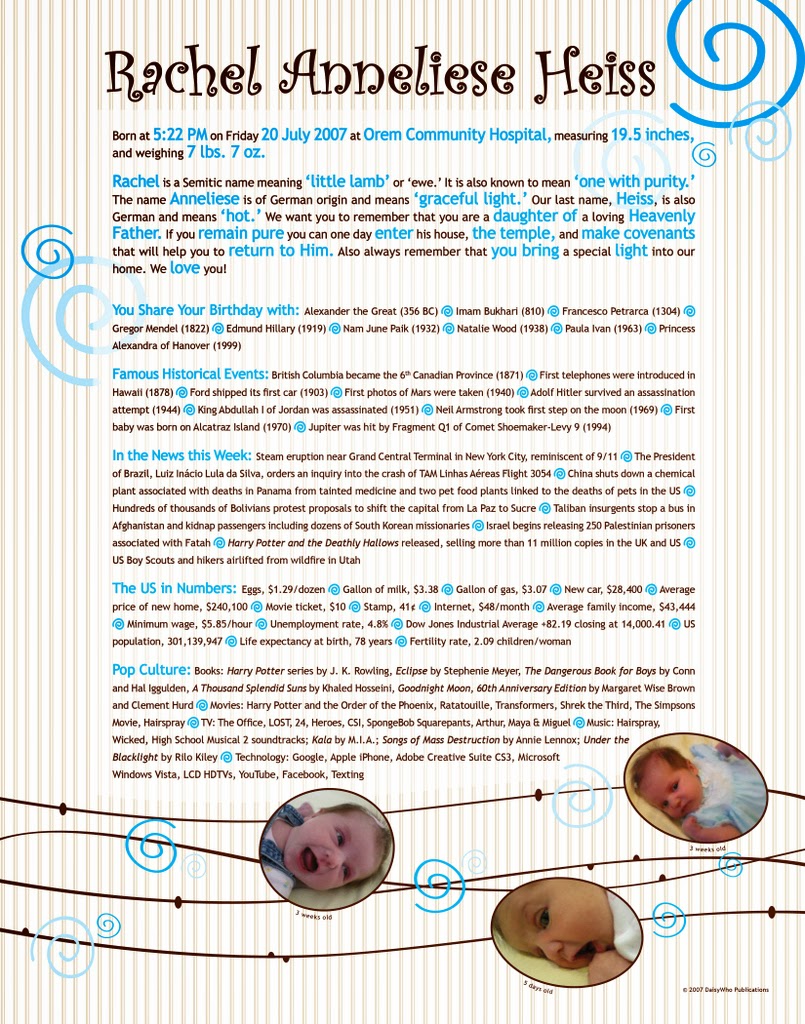 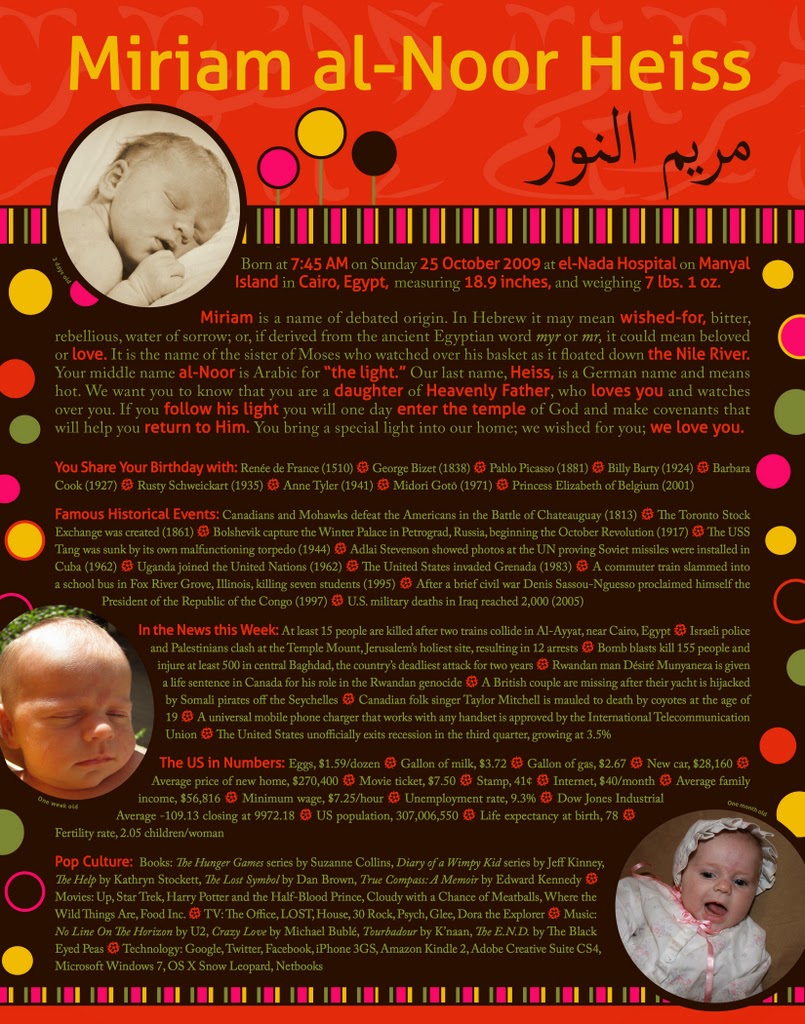