Happy premature birthday to me!

My birthday isn't for another two months but Miriam made a card for me yesterday, anyway. Her original plan was to hide the card from me and give it to me on my birthday but then she decided she'd probably forget where she hid it (wise child) and gave it to me early. And it's the best card ever. 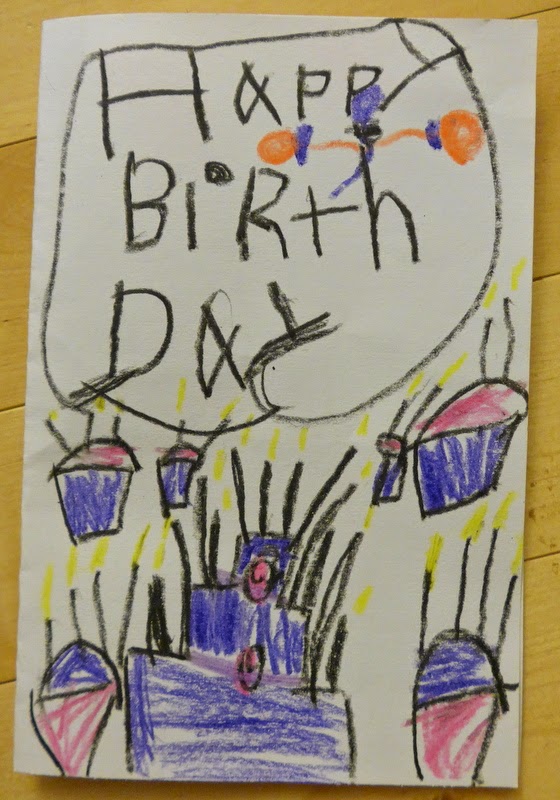 That might look like a million candles but it's only 30—because I'm turning 30. She counted out thirty candles as she drew them and just kept adding cupcakes after she ran out of room on the three-tiered cake she drew. If having to put candles on a half dozen cupcakes in addition to a full birthday cake doesn't make me feel like I'm getting old I'm not sure anything ever will. 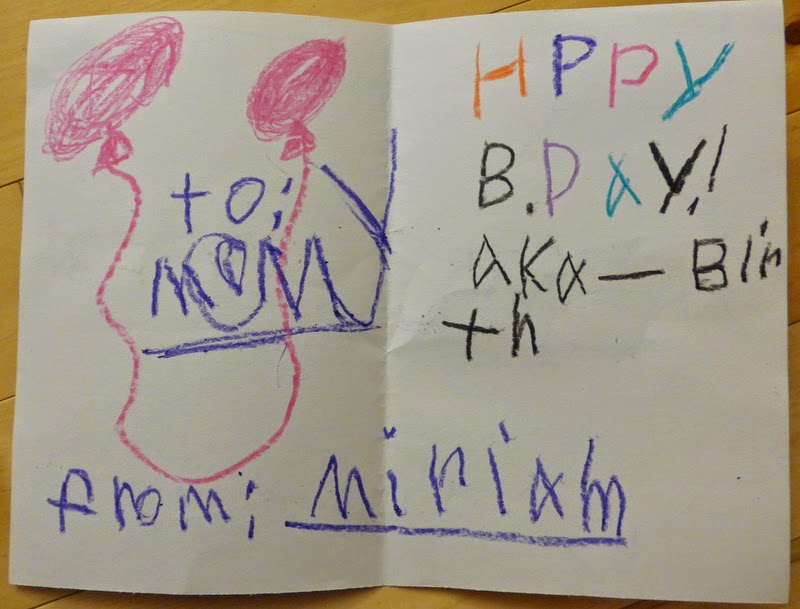 Does anyone else out there have a preschooler who casually throws around a.k.a.? Anyone? I'm not even sure why she knows what that is. Do I say a.k.a. often enough that she picked it up? Not that it's a bad thing, but it certainly gave me pause...and a chuckle.

Miriam wasn't entirely happy with the back of her card; Benjamin attacked it and so she just went with his scribble theme but would have preferred to do something different (ie. fancier), I'm sure. 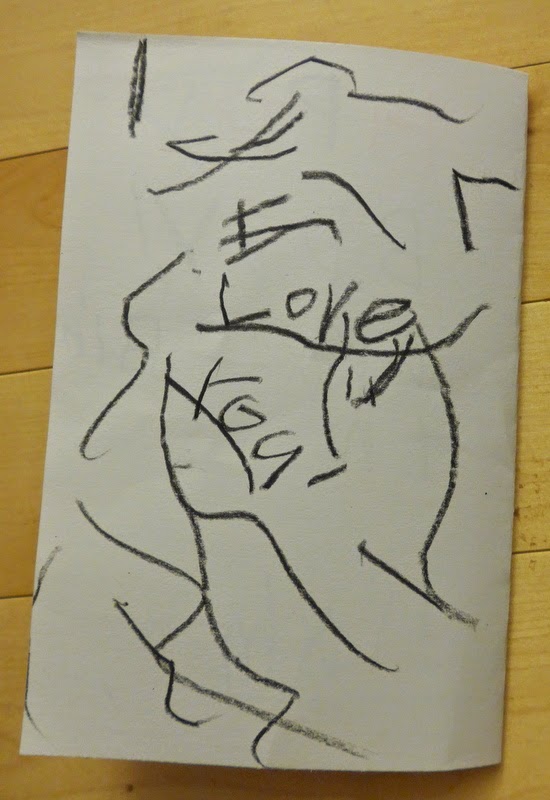 I'm sure this card won't be my last. This little lady loves making cards for any occasion. The week before Easter she and Rachel "drew names" of people in our family to see who they'd have to be nice to for the week (all on their own volition). I think I got daily cards from Miriam that week (I'll have to see if I can find any) and she was extra helpful and obedient. I'd be happy to get another week like that for my birthday...in two months.

Or maybe we could just have two months like that...hmmmm....
Posted by Nancy at 2:42 PM