On Monday morning I got a text from a friend inviting us to join them at the museum, but there was no way that was happening in the morning. We did, however, make it in the afternoon, and unlike Friday morning when the place was teeming with people, on Monday afternoon the museum was practically deserted.

We went outside to get a little walk in first, stopping by the farm. When Benjamin climbed onto the stairs inside the alpaca shelter, three alpacas rushed in to see him. Often they shy away from the crowds but today I guess they were a little bored and were curious about the little boy who'd come to visit them (or all just decided they were hungry at the same time). Benjamin was a little unnerved by their sudden appearance in their stall. 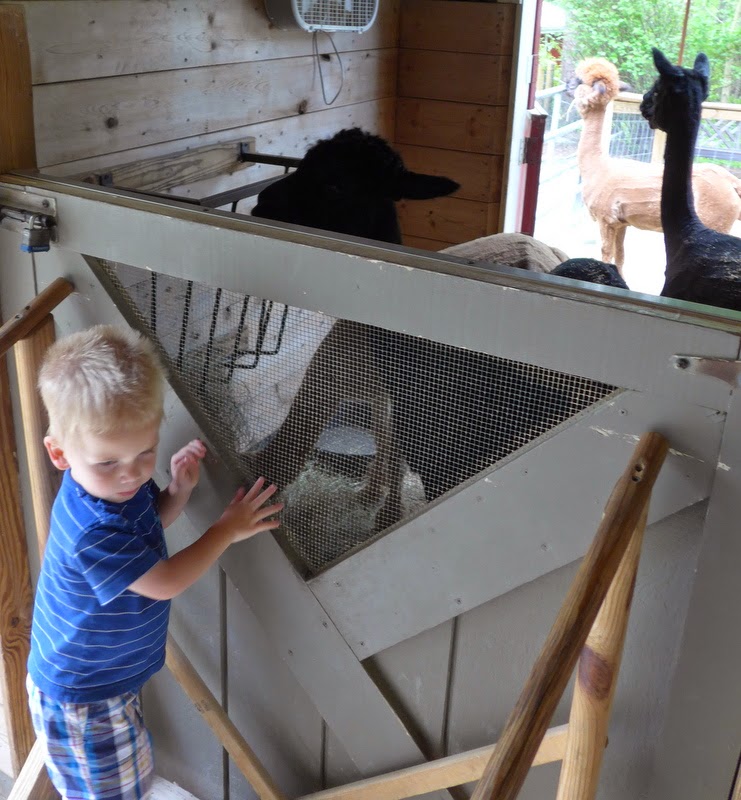 Miriam found a couple of inch worms and completely ignored all the farm animals: 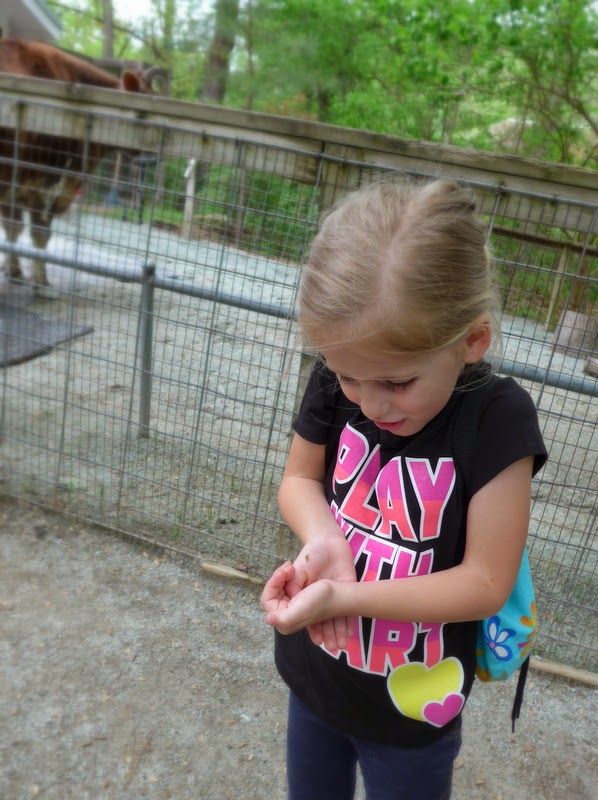 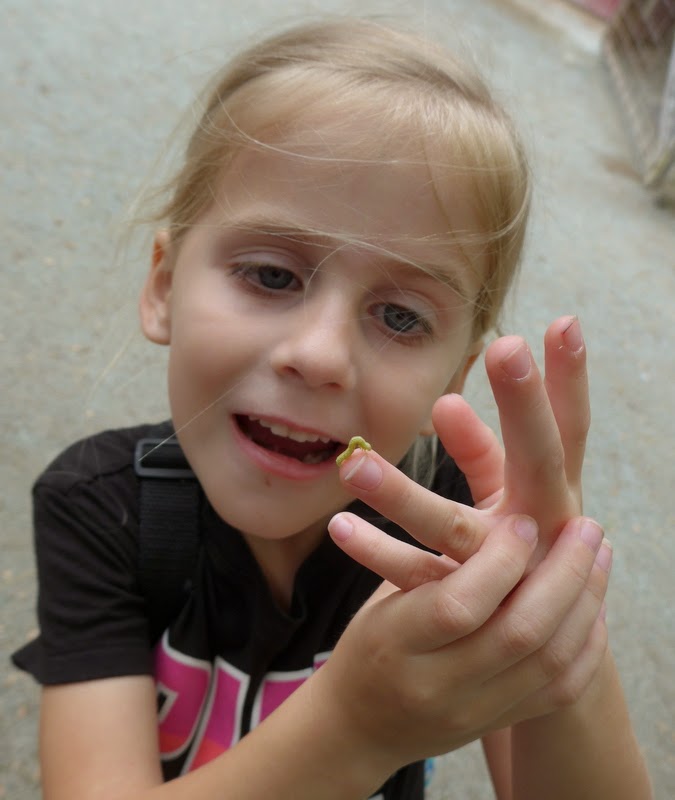 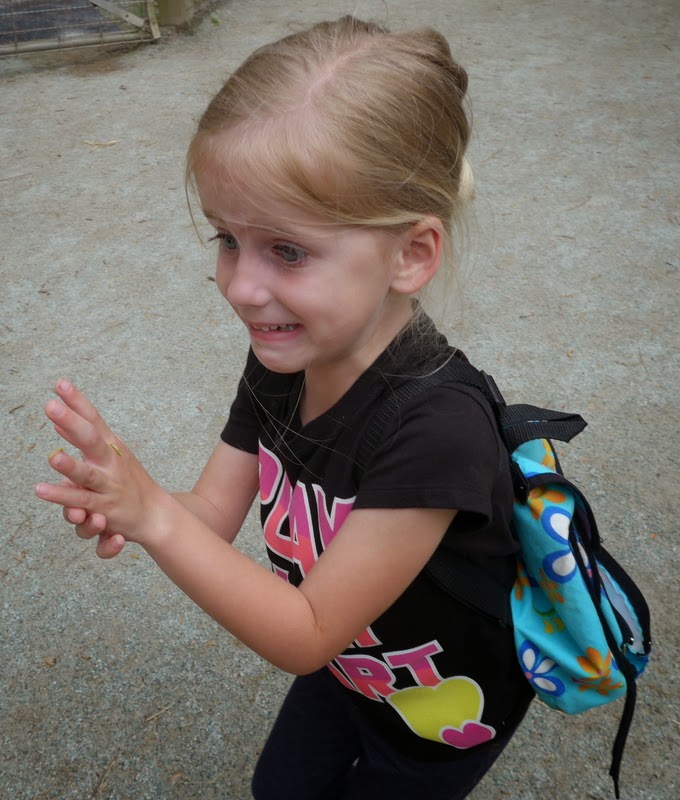 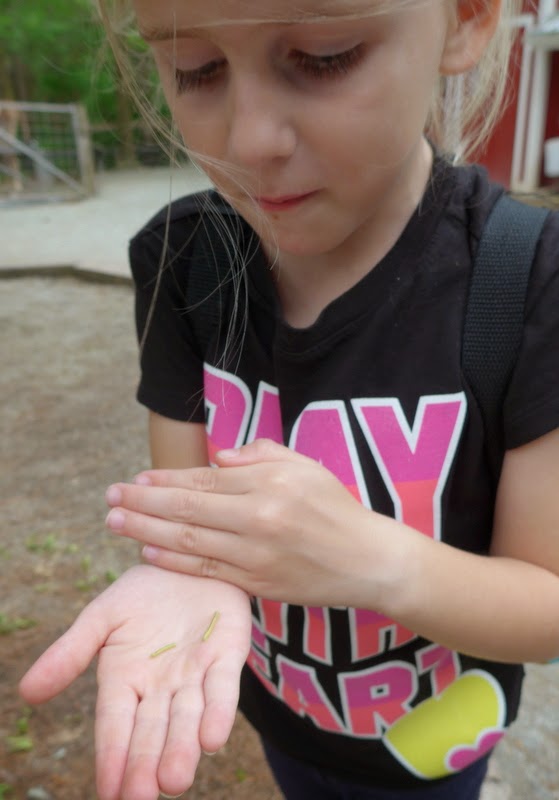 The kids wanted to go to the the dinosaurs next but it started thundering so instead we headed inside (because thunderstorms don't mess around); it started pouring soon after we got inside.

We played with KEVA planks for a little bit before the kids decided that what they really wanted to do was play with the big blue blocks. 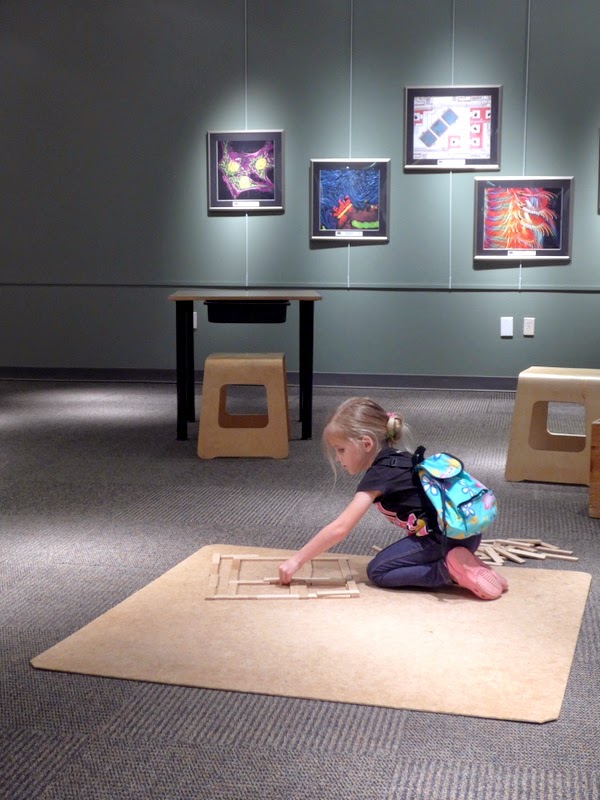 The room was empty of children but a dad was snoring in the armchair and a pair of grandparents was dozing on the couch (the mom, it turns out, was off somewhere else with the little boy they'd all accompanied to the museum). I sidled in by the grandparents, being about as unobtrusive as possible, while my children went around and destroyed everything that had been built by previous players. They wanted a blank slate, I suppose...

Our noise disturbed nap time, but I think the grandparents had a few chuckles watching the kids. When the grandfather took in my belly he said, "Soon you're going to have three kids to chase after. Now that's going to be a handful."

"Four!" she squealed. "Really?! I just had my fourth. Everybody thinks I'm crazy! I'm so glad to meet another mom who'll have four kids!"

I know of a couple other families at our school with at least four kids, but there aren't many (not as many as in, say Utah or Idaho).

Anyway, after they finished destroying everything, Miriam built a horse, which she was quite proud of, while Benjamin just played around in the wreckage. 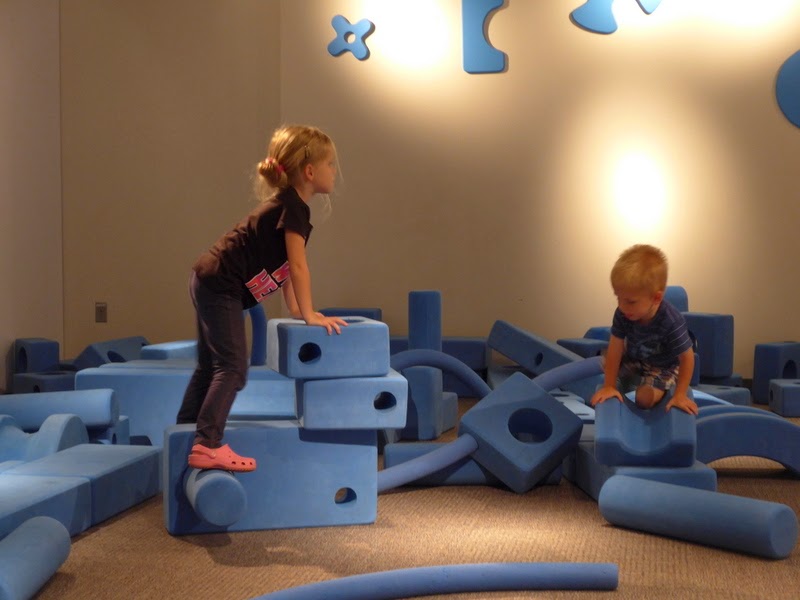 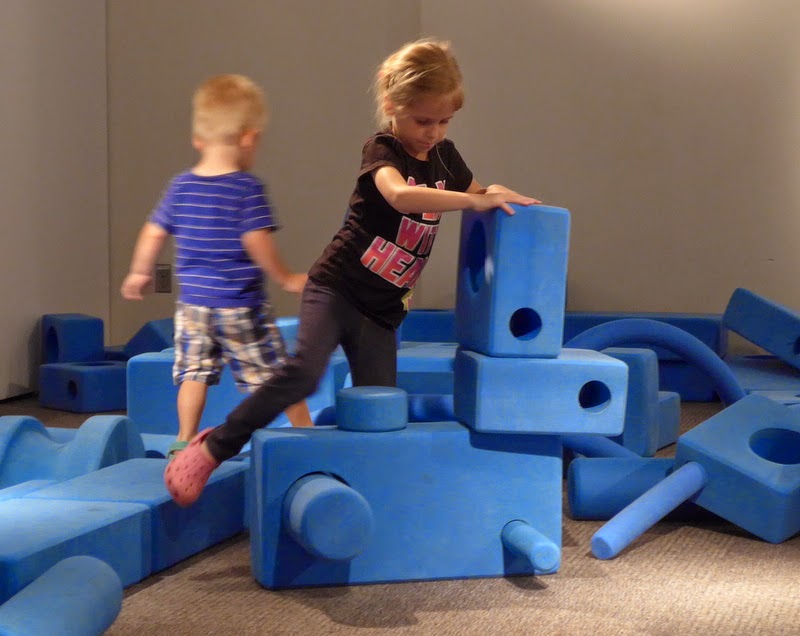 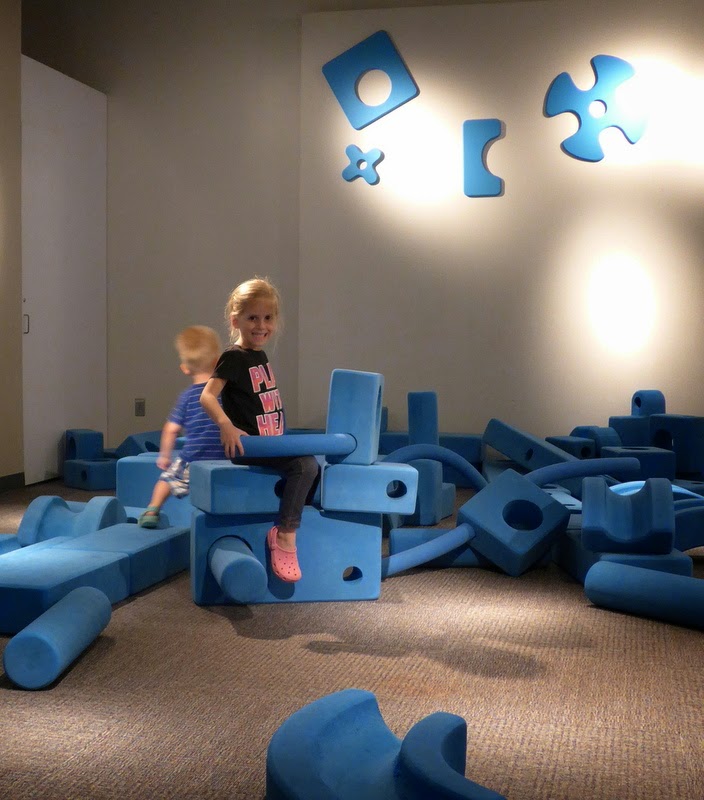 It was a pretty quick trip, but it did break up the monotony of our day!
Posted by Nancy at 1:13 PM