We've given the girls more responsibilities around the house, realizing that they're probably ready to move beyond simply putting away the dishes. They've been helping out with more, of course, but not on an official level. But we decided that they could—so now they're assigned different dinner jobs every day (ranging from doing the dishes to sweeping the floor) and it's been so nice to not have to do all of that myself.

"It's like we have a standard of cleanliness now," Andrew said one evening when the kitchen was clean before the children were put to bed.

"Hey, I had a standard of cleanliness before!" I said defensively. "It just wasn't very high..."

"Okay," he said. "It's like we have a slightly higher standard of cleanliness now."

For real. It's been so nice to not have to do everything everyday.

We also made a list of extra jobs (like folding laundry, sweeping the front steps, washing a door, playing with Benjamin for twenty minutes) that the girls can do to earn points, which they can then spend (on TV time...or to pay for lost library books).

This means that Benjamin has been put on dish duty. He is almost three, after all. He hates putting away the silverware (but only now that it's his job; he enjoyed it before it was his job) so I try to make him do that first thing in the morning so we don't have to fight about it later.

"Lemon gelato," I answered (because what else is there to want?).

"Okay. Beep, beep, beep," he said, punching in a secret code on top of the stool before climbing out of his store to bring me my request. "Here you go!" he said, handing me an imaginary something, "Emonade chacado." 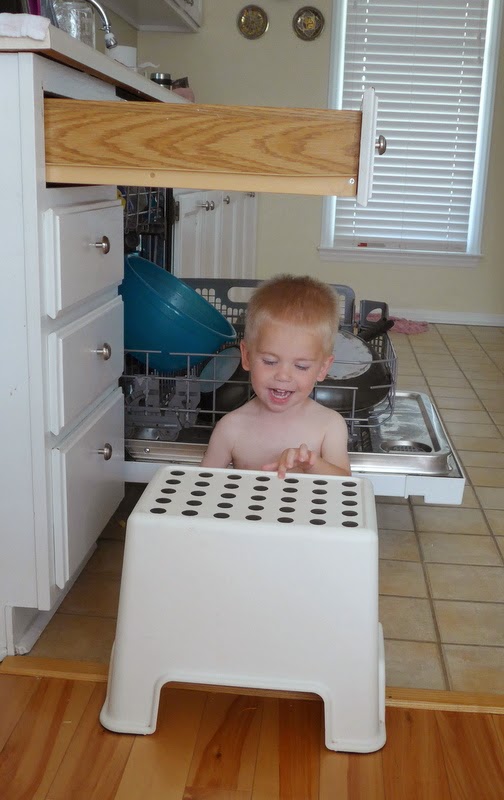 This process was repeated for any request the girls and I could dream up—and remarkably he only banged his head on the drawer once. I suggested that he close it but he couldn't because it was his roof (duh).

Here he is daydreaming about being an Ice Cream Man when he grows up. 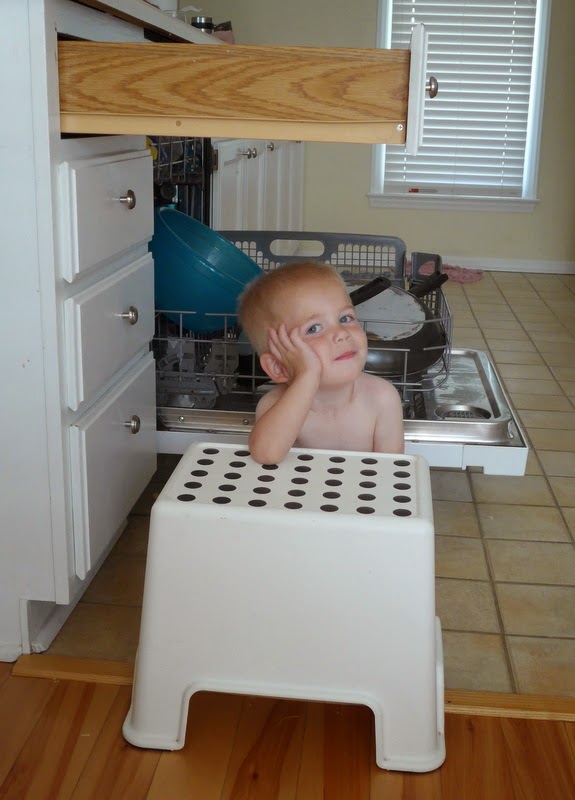 There's been quite a bit of chatter about Patrick on my blog lately. This morning I was reminded of his lofty career goals when he was a little older than Benjamin. I think his greatest ambition—if I'm not mistaken—was to work at McDonald's or a pizza parlor. That was the dream...
Posted by Nancy at 12:09 PM