Clearly our due date is creeping up on us. We're a full week past when Benjamin was born, I only have two shots left, and I'm definitely in nesting mode. Things around the house that I've never even noticed before are driving me crazy so I've been tackling them slowly while doing other more normal getting-ready-for-baby activities.

For example, I caulked the shower on Monday. Yesterday I cleaned out the shed and sorted through baby clothes and treated for stains. Today I sold some bikes and a tent on Craigslist and washed a bunch of baby clothes. 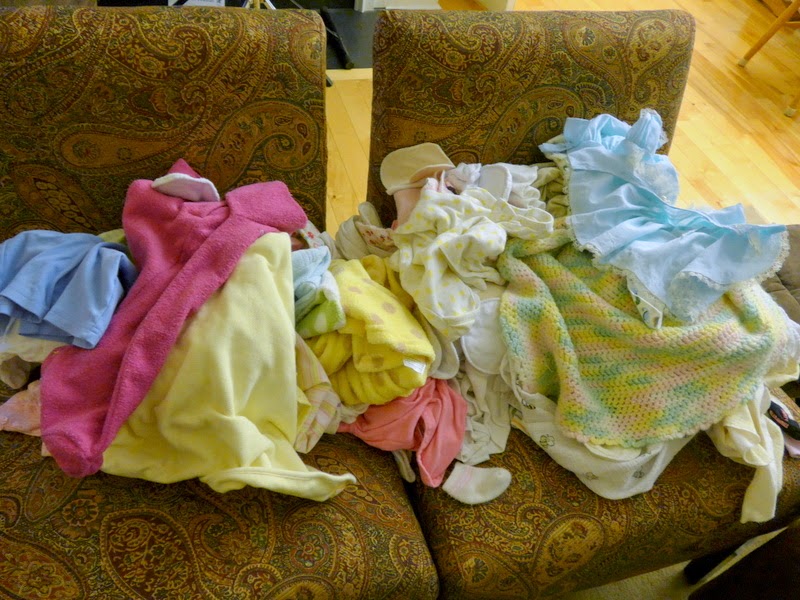 It's been fun to look at everything and remember who wore it first. In that pile of baby clothes I have some originals from my babyhood, a lot of hand-me-downs from Olivia and Sabrina (twin cousins about a year older than Rachel), as well as things that were specifically Rachel's or Miriam's or Benjamin's. The girls have loved hearing about what belonged to who. Miriam was quite miffed when she caught me spraying some Shout on spit-up stains this afternoon because none of the offending items were hers. "Didn't you keep anything from when I was a baby?" she pouted.

"But everything in that pile is either Rachel's or Benjamin's," she pouted.

I explained that Benjamin and Rachel had reflux so they spat up epically on every outfit they ever wore. She didn't have reflux so she would just occasionally dribble on her outfits so the things that she wore were already washed, dried, and ready for Zoë. Seriously—Miriam's newborn onesies look nearly pristine (even though I was washing them in Egypt and hanging them out to dry on the dusty balcony). Rachel's and Benjamin's look...experienced. But so far I've gotten most of the stains to come out, so that's good news.

Benjamin doesn't care much for the stories about what belonged to who. Instead he'll grab anything and everything and coo, "'Is is sor baby Zoë! So coot!"

He even thought the car seat was cute. 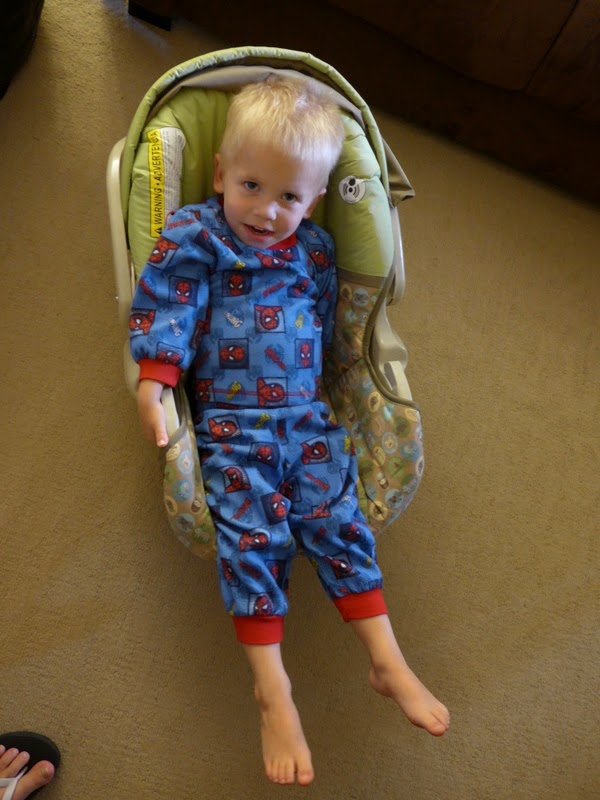 I got it out so that I could wash it (it belonged to Benjamin first and...he had reflux...so...) and to see if it was one of the car seats involved in Graco's buckle recall (it's not).

He's grown a bit since his first trip in that car seat... 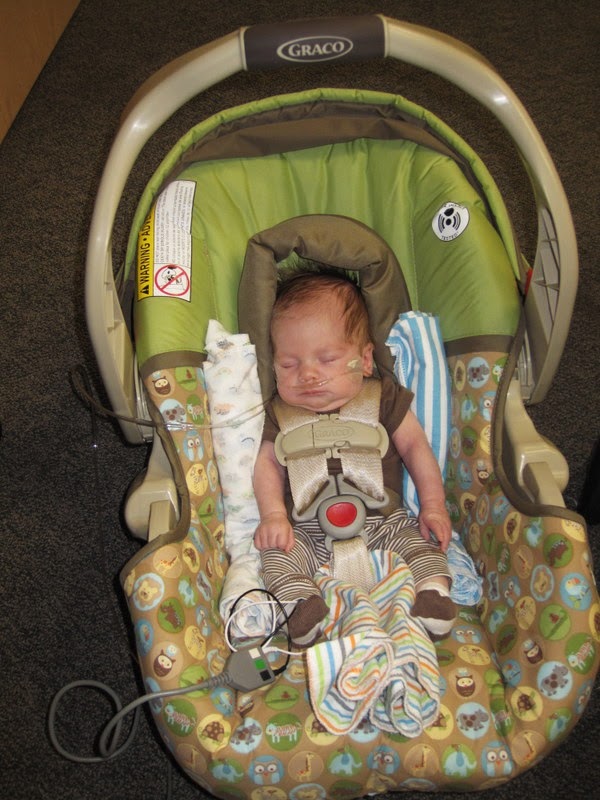 He was so funny when I sold two of our bikes this morning. Our poor shed has been bursting at the seams with bicycles; we're not even sure how it happened! We got Rachel a bike on Craigslist shortly after we moved here but it was a bit too big for her, so when some friends who were moving offered us their daughter's bike we gladly accepted. It had the same size of tires as the bike we got for her but the seat could go lower, so she ended up learning on that bike and then switching to the other one, but by this spring she was looking all gangly and ridiculous trying to ride that bike, so we hunted down a bigger one for her, also on Craigslist (because you can get some good deals on Craigslist).

Oh, and then we bought Miriam a scooter for her birthday, but it came "with" a bike. That bike was the same size as the bike we got from our friends. Plus we had some smaller bikes from when the girls were littler and had picked up a tricycle for Benjamin and...

Needless to say, some of those bikes had to go. I managed to weed out two of them and was contacted within an hour or so of posting them. This morning we made the trade: $20 in exchange for two bicycles (see—a good deal on Craigslist).

"Where our bikes go? Why that guy take our bikes? Mom! Him is driving away with our bikes! Mom! Why is he taking our bikes?" he panicked while patting my arm repeatedly to get my attention (which he definitely already had).

"It's okay, buddy," I explained, "He's supposed to take them. He gave me money for them and I told him it was okay."

Miriam was suddenly keenly interested in our conversation. "How much money did he give you?" she wanted to know.

Actually, it was a twenty dollar bill, but 200 dimes would have been fun, I suppose.

By this evening he was much more comfortable with the idea of giving away our stuff in exchange for money so when the people (total hipster couple) buying our tent showed up he didn't freak out. Instead he just came outside onto the front porch and calmly said to them, "You can has our tent. Just give us some money!"

It was a little embarrassing, but they just laughed, handed over the money, complimented his spiderman pyjamas, and left.

Andrew's busy nesting as well finishing the final version of his prospectus so he can turn it in tonight. Right now he's working on his projected schedule and sent me this quote:

“Research has found that, on average, married male PhD students complete their degrees 0.32 years faster than single male students and are 75% and 66% more likely to complete their degree by their 4th or 5th year, respectively.* With the imminent birth of child #4, I believe that this accelerative effect will only intensify.”