Sometimes I enjoy living thousands of miles away from our families. There's so much adventure in this world, so much to see, so much to explore; I enjoy traveling but even more than that I like living places. Sometimes (often) the idea of settling down in any one place intimidates me. Though I'm sure we'll have to make a commitment like that sometime (and trust me, that's what it felt like when we signed onto a five year program here (I'm starting to breathe easier now that we have two years "left" because two years is an amount of time that makes sense to me)) I hope that when we do it will be somewhere with lots of adventure and newness to it.

With that newness and adventure comes the often unsavoury side effect of being far away from family. Missing the big things—the weddings and funerals and the like—are obvious downsides, but there are everyday downsides, too.

Sometimes all I want to do is go for a walk with my mom. Or attend that family dinner. Or not have to think about time zones before trying to communicate with anyone back "home."

Currently, I'm missing out on this: 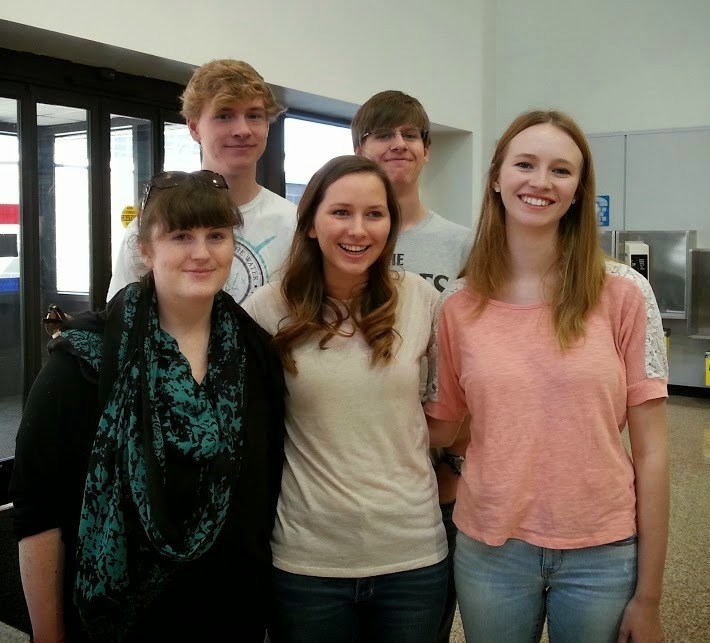 The girl in the middle is my sister Josie. She's surrounded, to quote her, by her "little nieces and nephews." The boys in the back and the girl on the right I'm familiar with—I held them all as babies—Andrew (15) is the tallest one in the back, Matthew (16) is beside him, and Rosie (18) is in the peach shirt by Josie. She's exactly my height, just for reference.

Amy is on the left. She flew down to Utah this week to visit/meet our family.

She's my sister Kelli's oldest daughter. My sister placed her for adoption before open adoptions were a popular thing to do (I am so glad they're more common now because I think it's much healthier for everyone involved) and recently our families—Amy's two families—have been reaching out to each other, to help Amy find her roots, to help fill holes left in hearts, and it's been a really good thing.

And even though I saw her on Skype on Sunday I kind of feel like I'm missing it all.

Amy is just a few months older than Josie (who is thrilled to have a niece she knows will remain shorter than her (Josie is the shortest sibling and so far five of our nieces and nephews have grown taller than her)) and the whole situation is rather blurry in my memory.

I was almost nine when Josie was born. I hardly even remember my mom being pregnant. I don't really remember my sister being pregnant at all, though I do remember visiting her both in a group home for pregnant teens as well as in the hospital after she'd given birth.

I remember my parents talking about meeting Amy's parents. I remember my parents admonishing us to not talk about the baby that had been placed for adoption because it was a hard and painful thing, and that it didn't really make us aunts and uncles, and that we didn't need to tell our friends about it or anything.

My sister moved to Utah soon after that, I think. The short time between when Josie was born and when Kelli left was really the last time—the only time—all six kids were together under the same roof. I suppose there were a few months here and there. Kelli came to live with us for a while in Calgary, and she came to stay a couple of times when we lived in High River.

One time was when she was expecting Rosie. Now that she was the ripe, old age of nineteen she knew she was going to keep that baby. I remember her being pregnant that time, but I also remember being confused about how to behave after Rosie was born. Kelli had returned to the States to have Rosie. She called to tell us that Rosie had been born. She mailed us some of those baby mug shot pictures the hospital takes.

I remember asking my mom, "So, can we tell our friends this time? Like, am I really an aunt?"

I dunno. Because I'm only eleven? Because I wasn't the last time something like this happened?

Truth be told, I'm still figuring out how to be an aunt (and a great-aunt, too—because Amy has a daughter!) all these years later. I think it would be fun to just be there for this, hanging out with everyone and trying to get (re)acquainted. I'm sad I'm missing it.

But look how well Amy fits in! Do you see how similar those three girls' eyes are (Amy's, Josie's, and Rosie's). And you should just see Amy standing beside her birth mother—my sister, Kelli: 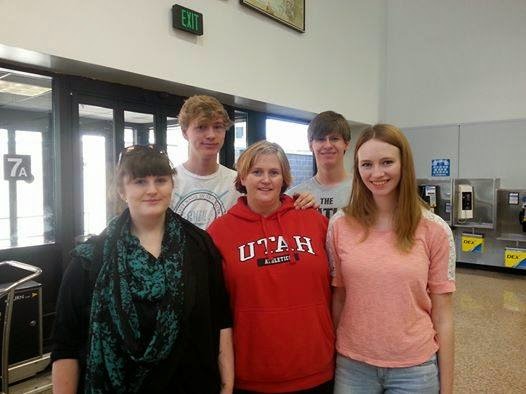 Those two look so much alike to me (Kelli is in the red sweatshirt in the middle).