Phew! It's 8:45 PM and I just closed Benjamin's door because he was telling knock-knock jokes to himself and, as terrible as this sounds, I just can't listen to him talk anymore. Plus he doesn't even know any good knock-knock jokes.

Once he told one that actually made us laugh and ever since then he's been pretty sure he's hilarious all the time. And, really, that's often the case. But the knock-knock jokes...ugh.

This was his joke, in case you were wondering:

Knock! Knock!
Who's there?
Sam.
Sam who?
Sambody!

This was probably only funny because we all knew he was saying 'somebody.'

At any rate he was a bit of a terror today, which is fair, I suppose, because he is at the tail end of the terrible twos and really hasn't been too terrible so far. But today I am just so happy it's bedtime.

This morning Benjamin found a bowl that had HEISS written on the bottom while he was putting away the dishes (for an hour). He found the bowl quite distressing.

"Mom! Who coloured on this bowl? Who did this?" he demanded to know.

"Oh, that was me," I said. "I wrote our name on the bottom. We must have taken it somewhere."

I had to laugh a bit about it because just yesterday he scribbled on the wall at the dentist and he definitely got in trouble for that.

Later in the day he pointed out a work of art he'd completed on the blinds. He'd carefully balanced crayons on the slats. I was relieved that he didn't scribble on anything because this child, specifically, has been my most common culprit in that department. This time Miriam got the lecture about being sure to put the lid on the crayon box (because Benjamin, fortunately, can't unscrew it by himself yet). 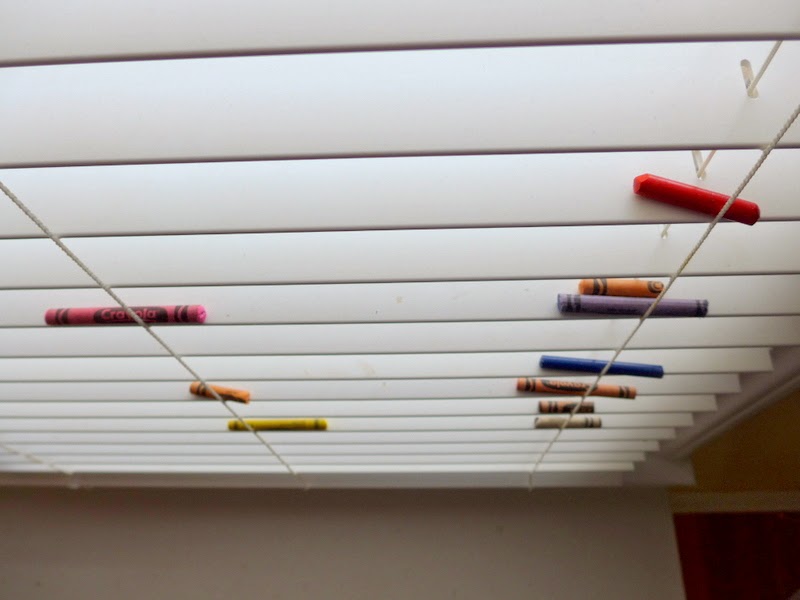 Only later did I see that he scribbled all over one of the benches. I made him help me scrub it off and he was upset and I was upset and it was ugly (it's a late night for Andrew so...).

We did get around to planting some beans in our "garden." We're going small this year. I think I'm going to let the actual garden lie fallow this year because it's just not a project I can take on. The pots on the deck, though, I can handle. Here's Benjamin just after he gave the beans a little drink (the beans that are already growing are from Miriam's preschool): 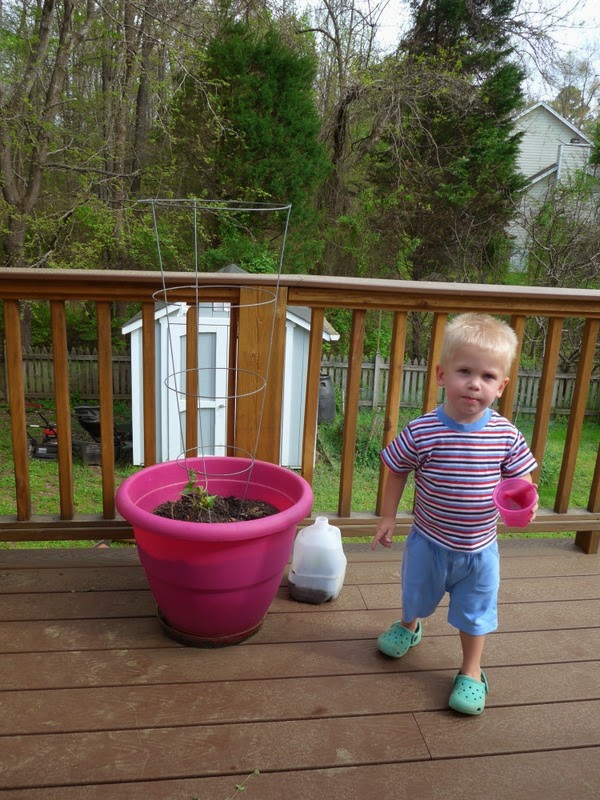 He was quite happy to help out—it's almost hard to believe he was completely defiant all day with a grin like that (but he was, trust me): 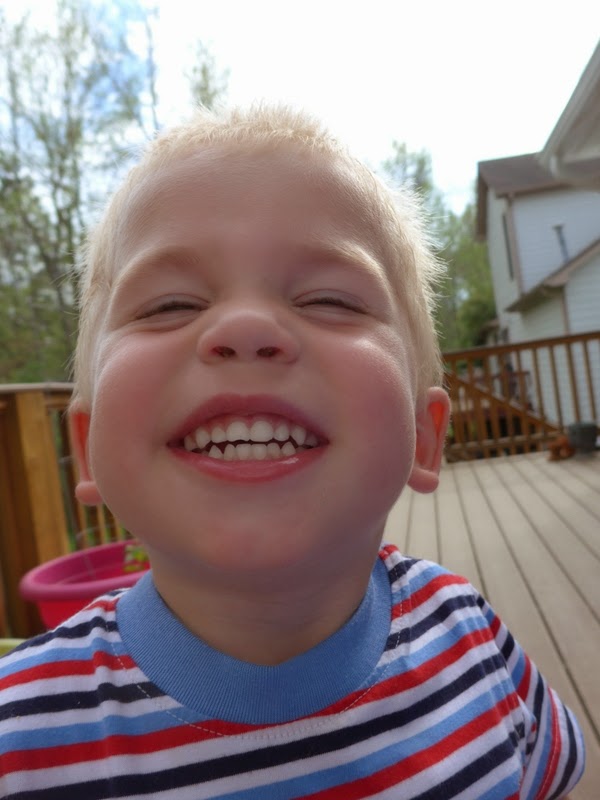 And can you believe our deck? It, along with everything else in the world, is covered with a layer of pollen (which Miriam keeps calling algae). It's so thick that we leave footprints in it when we walk and we have to clean our windshield before we can drive: 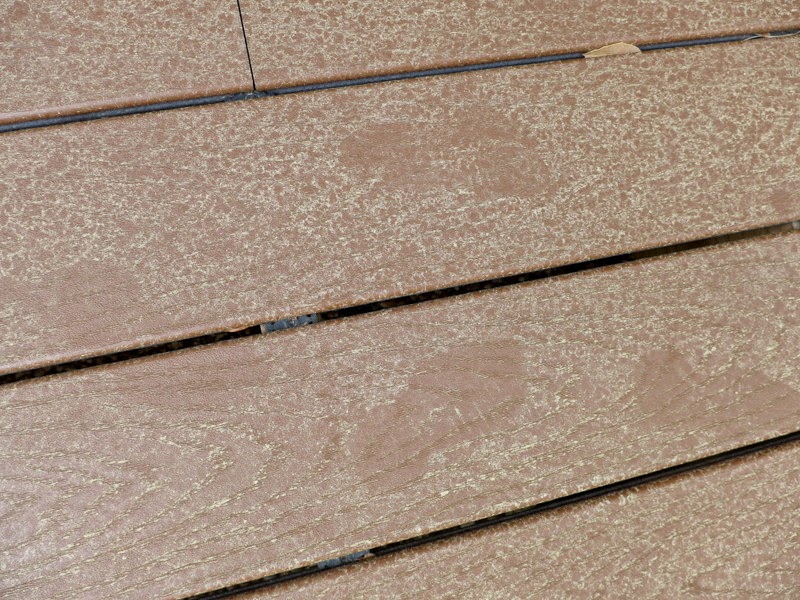 It's times like this when I'm glad I don't suffer from allergies. Poor Andrew is dying.

Anyway, you might've been left wondering how Benjamin has time to colour all over the bench without getting caught—but remember how I have to exercise after every meal? I'm sure this all happened while I was on the exercise bike. He started out in his room playing with LEGO but I suppose he must have migrated to the kitchen, found the crayons, and went to town without supervision.

"Why do you keep breaking rules today?" I asked him. "You hear me when I speak and then completely ignore me. Why won't you just listen?!"

Because he does sleep in underwear now and it's terribly exciting. He wet the bed last night but that was the first time in many, many consecutive nights of staying dry.

"Fine. But big boy babies still can listen to their mothers," I said.

I guess I shouldn't hold him to too high of a standard considering Miriam lost her listening ears today as well. I swear it's like the two of them couldn't parse a single sentence I uttered today. For example, when the kids came home from playing across the street I didn't see Benjamin come home, so I opened the door and called out, "Miriam—where's Benjamin?"

"I need a drink," she said, pushing past me into the house.

"Hold it!" I said. "I asked you a very important question!"

"He's already in the backyard," she said.

"Thank you," I said. "Next time just answer me the first time."

And that's kind of how the whole day went with her, which probably only added to my frustration over that two-year-old big baby boy's antics (who was indeed in the back yard).
Posted by Nancy at 9:51 PM