Rachel was in charge of tonight's family night lesson; she decided this during yesterday's quiet time and made a poster and everything! She wanted us to learn about how to take care of the earth (since it's one of Heavenly Father's creations and we're supposed to be good stewards).

First she showed us a diagram of the greenhouse effect and we discussed climate change and how it's hurting our planet. Specifically she wanted to inform us that there are polar ice caps on either end of the globe and that global warming negatively impacts "these little guys right here" (meaning her stuffed polar bears and penguins). 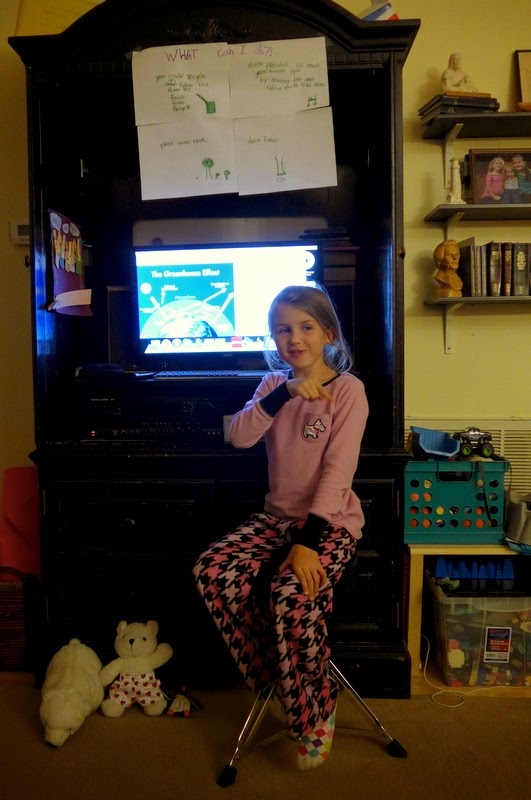 Her poster is titled "What Can I Do?" and gives us four great ideas for how to help the environment:


We talked about other ways we can help the environment and then played a little game she made out of recycled materials (since that's basically all my children get for craft supplies (her poster was made out of four pages of a draft of Daddy's prospectus)).

It was a pretty good game, considering she made it just before we started FHE, though it did have some kinks to work out. For example, if you landed on the "go back three spaces" spot it would land you on the "go forward four spaces" spot, which would make you win the game. That happened to two people, so it was pretty funny! 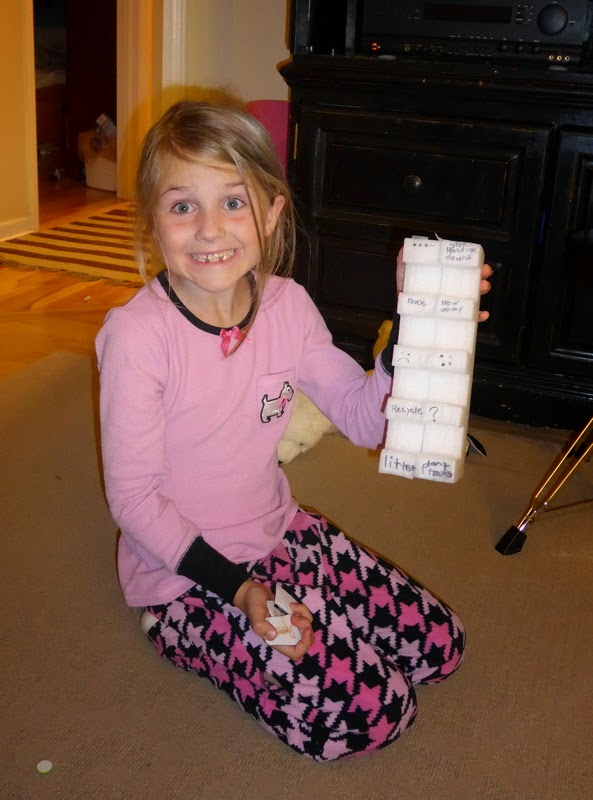 We rolled a virtual die on Daddy's phone since no one wanted to go find a real die and then moved to whichever square we were supposed to and had Rachel tell us what we were supposed to do...because the rules weren't entirely clear to everyone. Still, it was fun!

Perhaps the most exciting news of the evening was that our new piano arrived (that's where Rachel got the foam pieces to make her game board)! 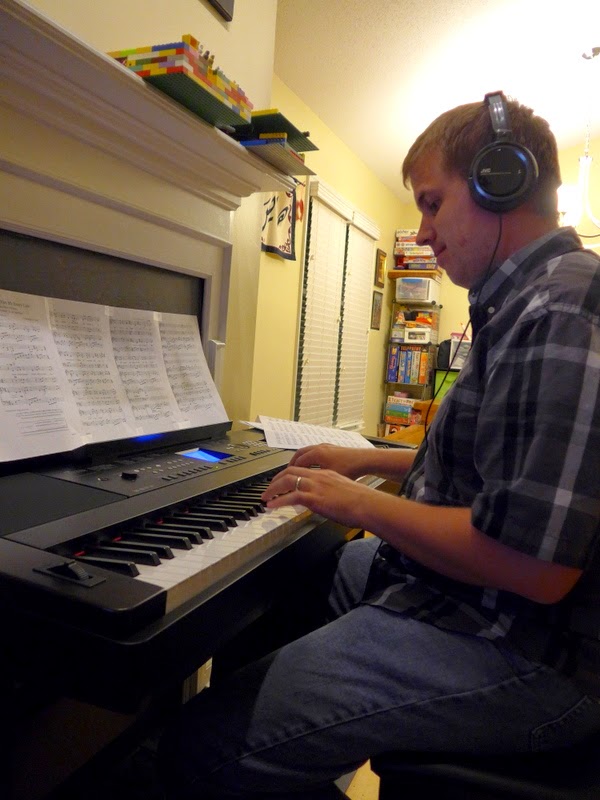 My parents gave us a keyboard for Christmas eight or nine years ago and it's been wonderful to have. However, Andrew's been longing for a full eleven octaves. Our old keyboard only had 61 keys; this one has 88. And the keys are weighted. And you can play more than six notes at a time. And it has a pedal. And Andrew is in love.

He ordered it as soon as we got our tax refund, which was, like Friday.

That was such a headache! He turned in our taxes the very first day he could but then we were put "under review." Not because we did anything wrong (it's not the same as an audit, and they didn't ever request any additional information or have us change a thing) but just because a certain number of cases are randomly reviewed each year and we were the lucky ones! So our tax refund was on hold until Friday when Andrew got a notification of a deposit.

And now we have a piano and don't have to live paycheck to paycheck anymore, so that's nice.

Andrew set the piano up after dinner and accompanied the songs we sang for family night and has been practicing a difficult piece for choir that he wasn't able to play on our old keyboard. He's so excited about this piano (and I am, too)!
Posted by Nancy at 9:23 PM