This evening at dinner the children started discussing the start of our family's birthday season. It begins with Zoë in May, followed quickly by Benjamin, and then me. And I'm going to be old this year, the kids said, laying into me with some gentle teasing.

Alexander was floored by their behaviour. He turned to stare at me completely dumbstruck, not unlike when he thought I cut up his pants (except this time instead of berating me he chastised his siblings). Here he is looking at me like, "Are you really going to sit there and take this?!" 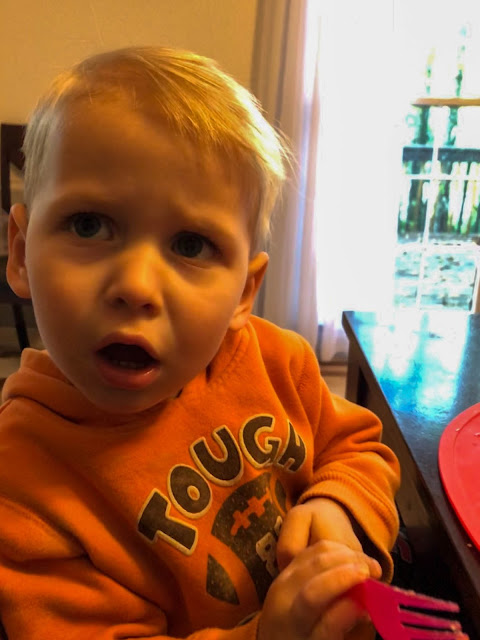 To his siblings he yelled, "No! Mom's not! Stop saying that, guys! Stop talking about my mom!"

"It's alright," I said, trying to calm him down. "They're not really insulting me. They're just..." 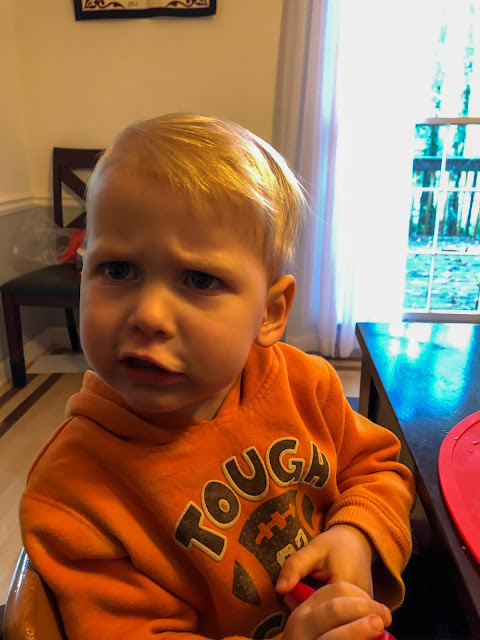 And it was just all so sweet and funny. It's nice to know he's there to stick up for me (when people are saying rude things like how I'm going to be so old they aren't sure we have enough birthday candles in the house (which, I mean, that's a legitimate concern)).

Anyway, here is chalk drawing Zoë made of Alexander this afternoon: 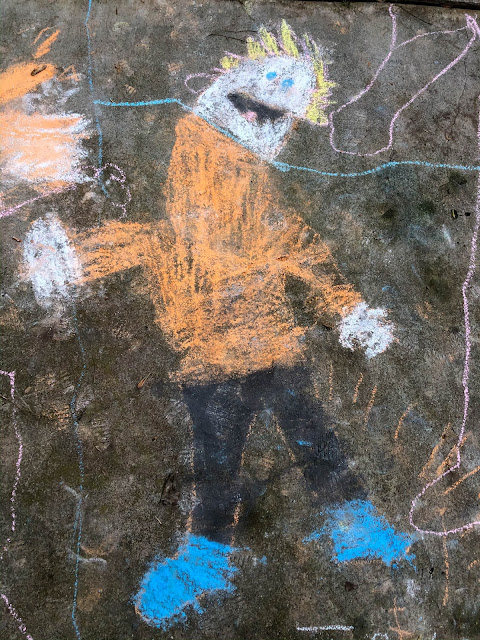 The likeness is astounding. I can't get over the shocked look on his face. I don't know how she captured it so completely. It's perfect and I love it.
Posted by Nancy at 12:20 AM