Evidently this isolation thing was getting to Rachel and she started begging me to let her cut her own hair. She said it was the perfect time to do it because if she royally messed up it wasn't as if she'd be seeing any of her friends any time soon.

The school year is online for the duration of the year. Young Women Camp was cancelled. We have literally nothing on our calendar for the foreseeable future (though Miriam might be visiting the orthodontist eventually). 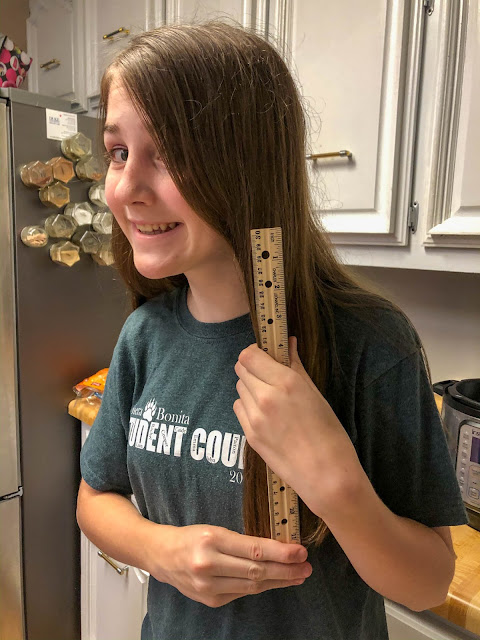 First she put it into pigtails. 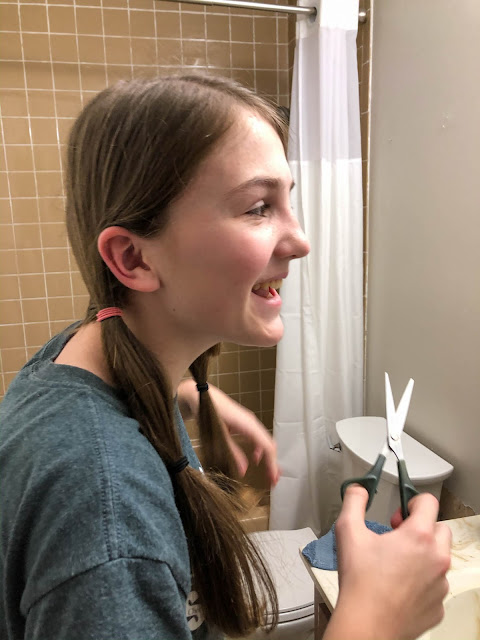 Then she attempted to those pigtails off. 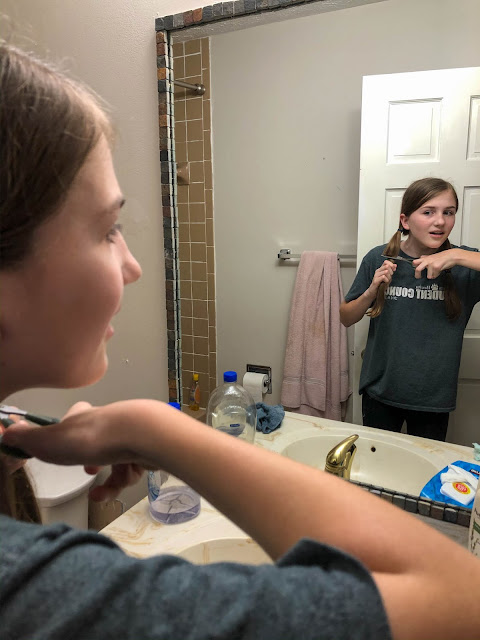 As it turns out, mirrors confuse our brains a lot and trying to work scissors while looking in a mirror is incredibly difficult. For Rachel mirrors are even more tricky than for the average person. We just pulled out a book she wrote about her family back in grade four and on the page about Auntie Josie she wrote backwards, "ɘmoƨɘwɒ ƨi ɘiƨoႱ" and then included instructions to "put this in front of the thing in the bathroom that reflects things to see what this says." How's that for circumlocution!! 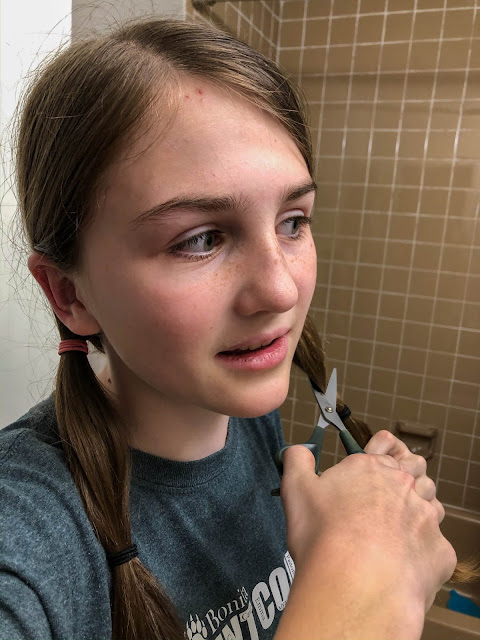 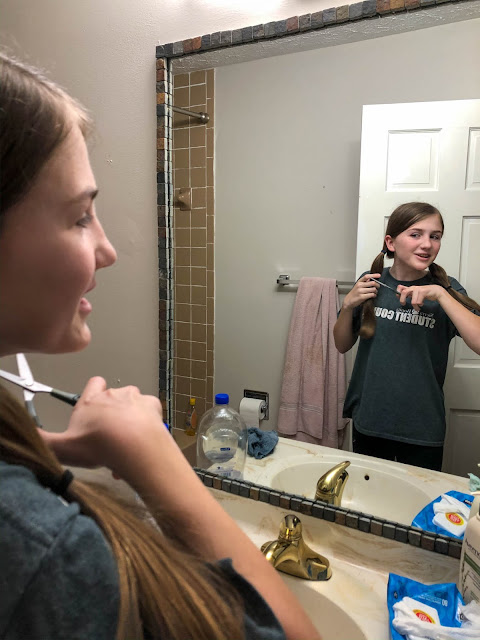 She gave up halfway through the first pigtail so I finished the job for her. 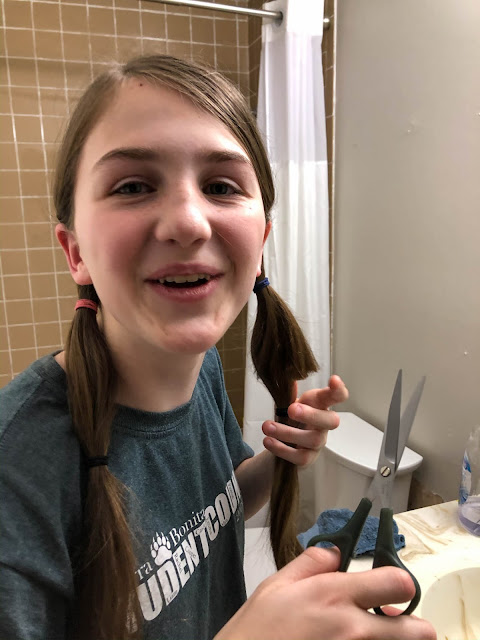 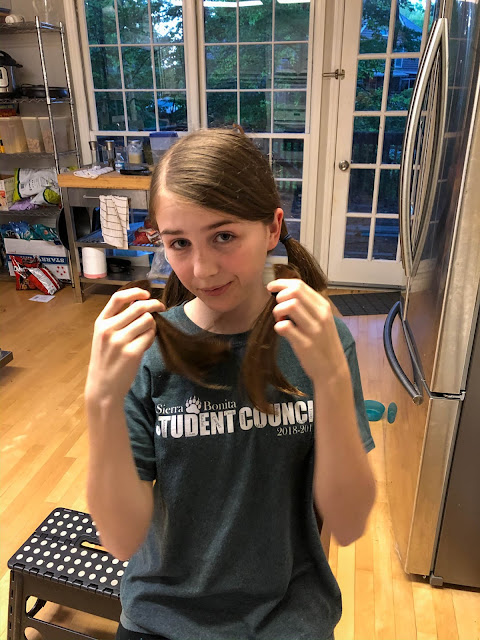 It didn't turn out too badly. 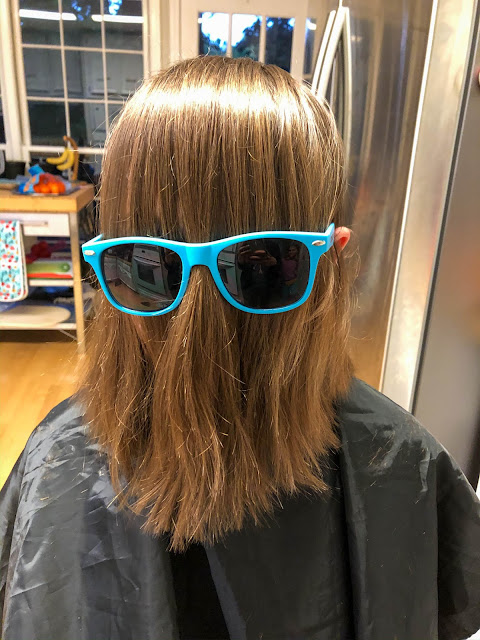 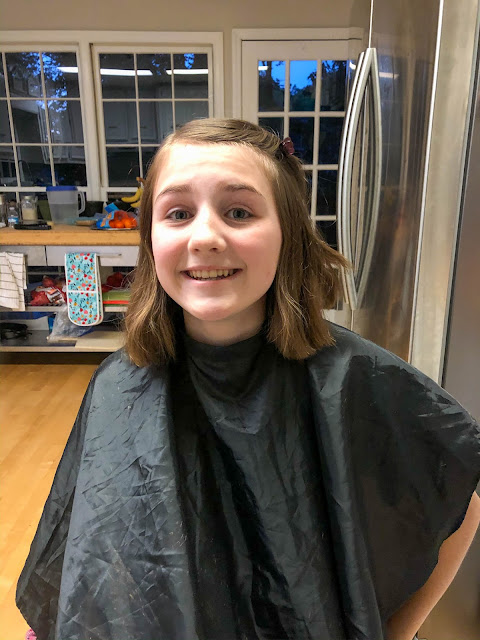