I bought a small pop-up tent during spring break (when I realized we would not be able to go anywhere for the foreseeable future) and it finally came, so this weekend I asked if the kids wanted to sleep in a tent (our official camping tent, you see, is ginormous and requires stakes to put it up and I didn't want to deal with that sort of hassle to have the kids camp out on the back deck). The bigger girls didn't seem too enthusiastic about the idea so I pulled out the play tents and popped them open in Alexander and Zoë's room so the little kids could camp out in there (these tents are fun but provide no protection against mosquitos so we don't sleep in them outside).

After I did this the bigger girls decided that sleeping outside actually did sound like fun, so we got the tent all set up and the girls finished their evening activities while I went out in the tent with the little kids to have story time. Alexander was the first to fall asleep and was the only one asleep when Rachel and Miriam came out around 10:00. Shortly before 11:00 I got this series of texts:

And around 11:30 Rachel brought Alexander into the house because he needed Mommy, so he had his little "elevenses" snuggle and I eventually got him back in his own bed. But then I was worrying about the kids outside by themselves (kidnappers, coyotes, and bears...oh, my!) so Andrew told me to go sleep out there if it would make me feel better. But then I started worrying about Alexander needing me in the middle of the night again. Andrew said he would just deal with it and I decided that it's high time that Andrew probably did just deal with it (Alexander is far, far too clingy, guys) so I went out with the kids and listened to the frogs until I was lulled to sleep.

I was woken up a few hours later by birds chattering in the dawn and couldn't fall back asleep...

...so I left the kids and went back inside to sleep for a couple more hours. Alexander was snuggled up in bed with Andrew, so I joined them and in the morning learned that Alexander had cried for about five minutes and then fell back asleep and slept until morning (glued to Andrew's side). So things turned out alright after all! Perhaps we'll do a few more nights of me sleeping outside and then, perhaps, Alexander won't need me quite as ferociously as he does.

Here are some pictures of the kids in the early morning: 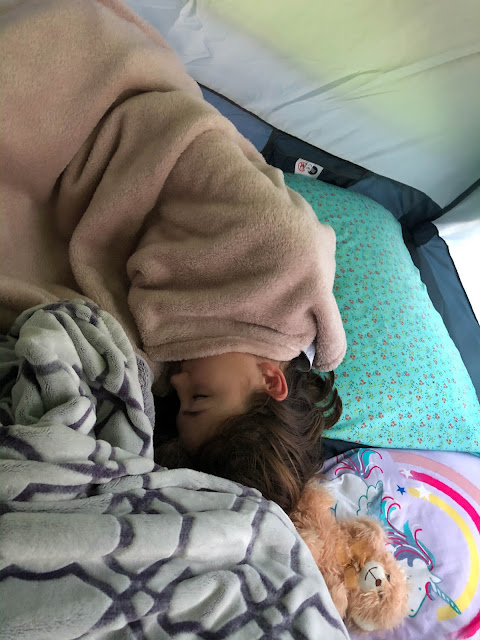 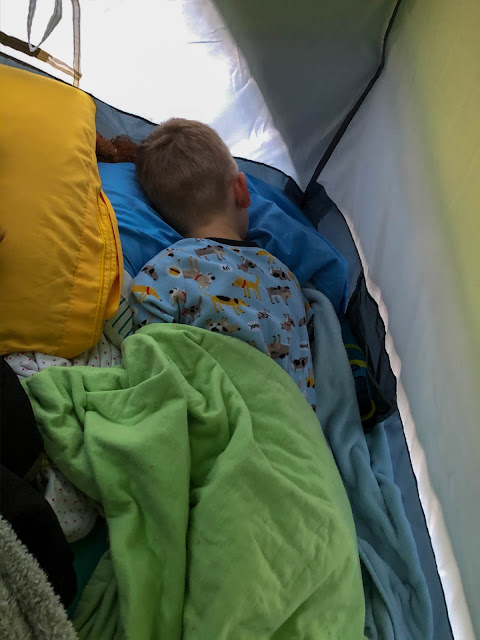 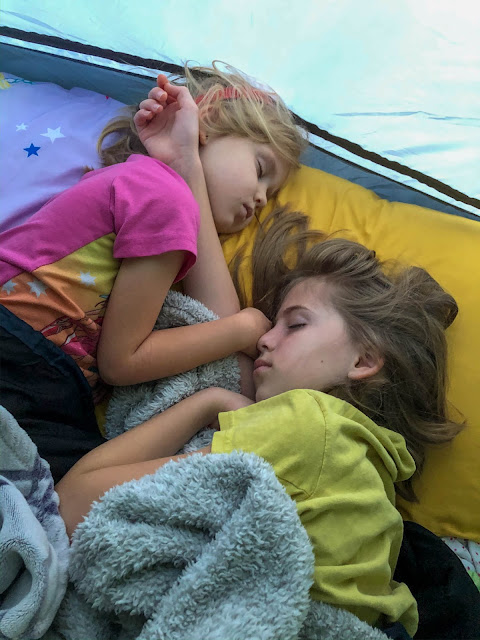 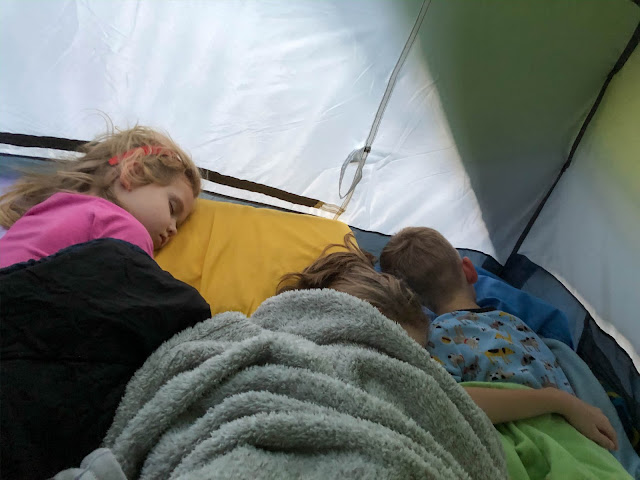