For family night I printed out a little booklet of the Easter story, cut it apart, taped them to our croquet hoops, and then as we played through we read the story together. It was a bit of a wild evening, but perhaps a memorable one. Mostly the older kids ended up getting schooled at croquet by Andrew, who breezed through the course, while the younger two galloped around using their mallets like hobby horses.

Here we are before starting the game: 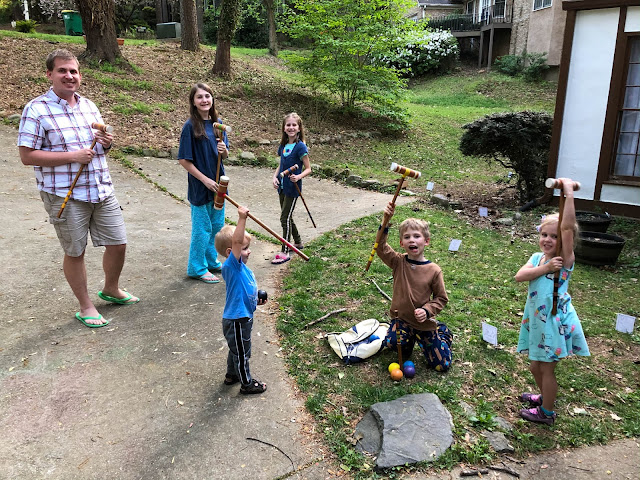 This picture is necessary because of Benjamin's face (no one's going to say he can't wink): 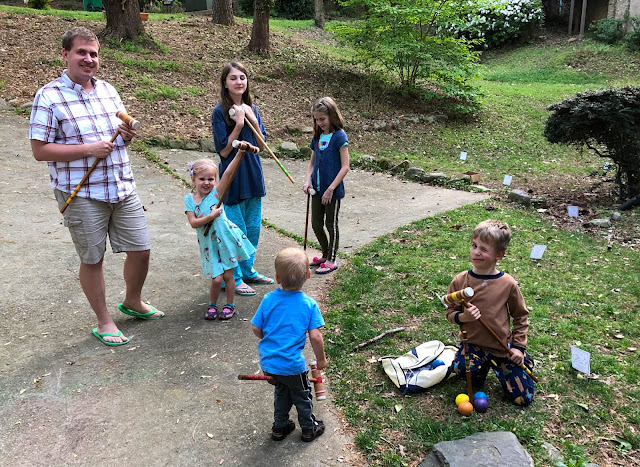 And this picture is necessary because of sweet Alexander: 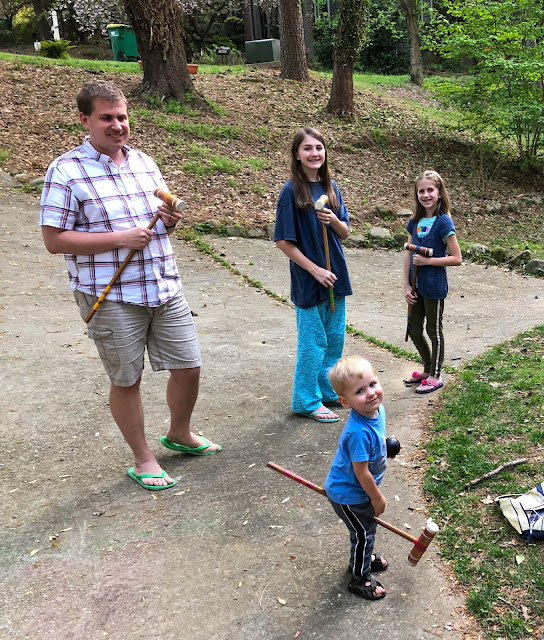 Benjamin went first and got a hole in one (whatever that means) so he got to read the first part of the story. Here he is reading the card (and, yes, he is wearing his pyjamas (and, yes, they are definitely on backwards (nothing matters anymore))): 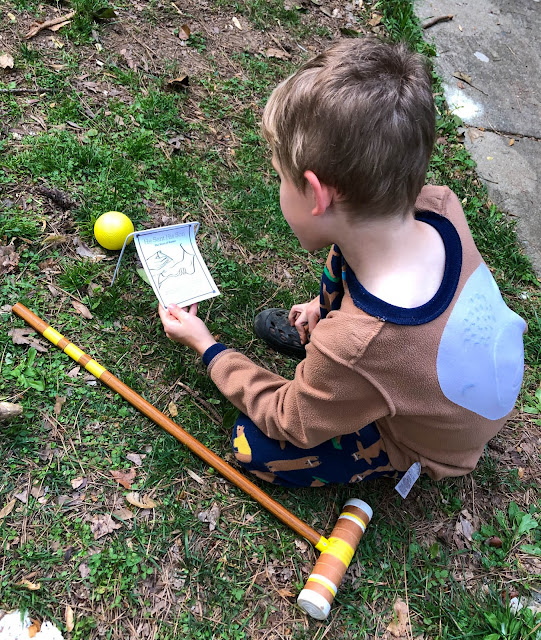 Here's Alexander considering attempting to play the game by the rules (he ultimately decided against it because galloping around was much more fun): 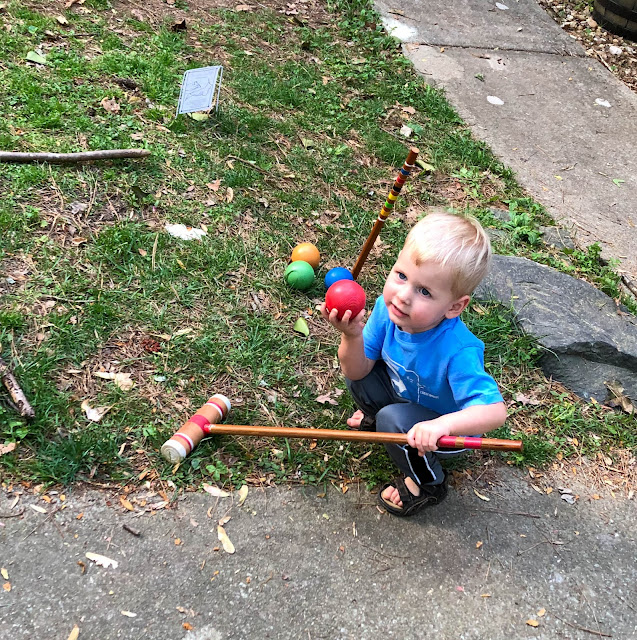 Andrew read the next several (five) cards before I told the kids to cheat a bit and move their balls up the course so they could give their dad a run for his money.

We're super coordinated at our house.

At this point Andrew was feeling pretty confident that he'd win, even though I'd just allowed everyone else to skip half the course. But Rachel still had to take her turn because it's not a turn until you actually hit the ball, right?

So she swings and...gave her ball a good, solid whack. It went through both remaining pins and hit the peg at the end. The kids all went wild—screaming and cheering and jumping up and down—because they were so happy their "team" had managed to beat Daddy.

Here's Rachel reading the remaining cards while Andrew works on fixing the mallet that Benjamin broke (spoiler: it's still broken): 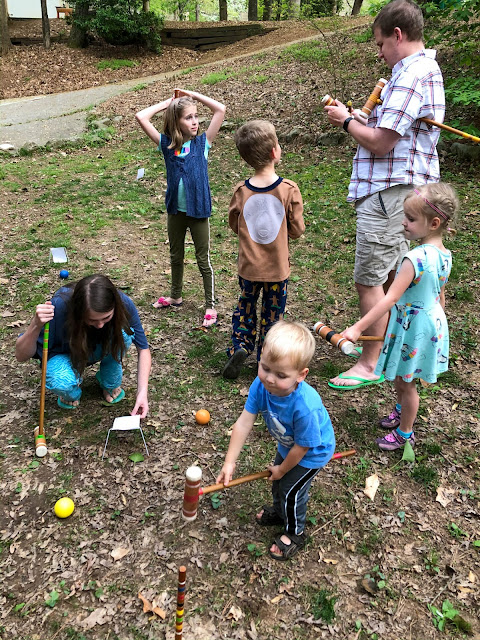 We cleaned up the game and went on a family walk and that was family night.

Perhaps we'll play this with hard-boiled eggs next week (I jest, I jest—those eggs are reserved for the Easter Egg Smackdown)!
Posted by Nancy at 10:15 PM