Remember the caterpillar that Miriam found, the one that built a cocoon the day after she picked it up, which was devastating to a tear-inducing level? Well, tonight we noticed something fluttering around in the jar and it was most exciting! 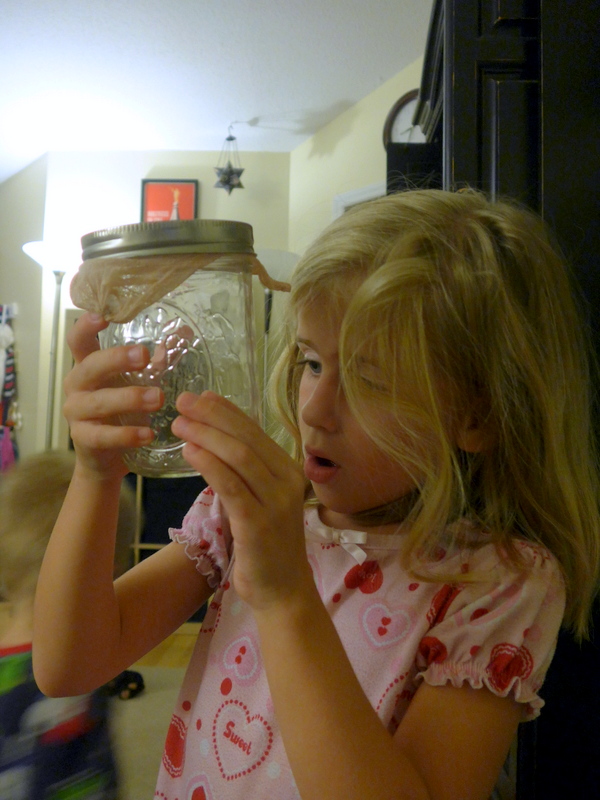 This evening we released a moth! It all happened a lot sooner than we were expecting. We were expecting it to over-winter at this point, but I suppose it still has plenty of time to fulfill its life purpose before it actually gets cold here. It is only August, after all (for a couple more days at least). 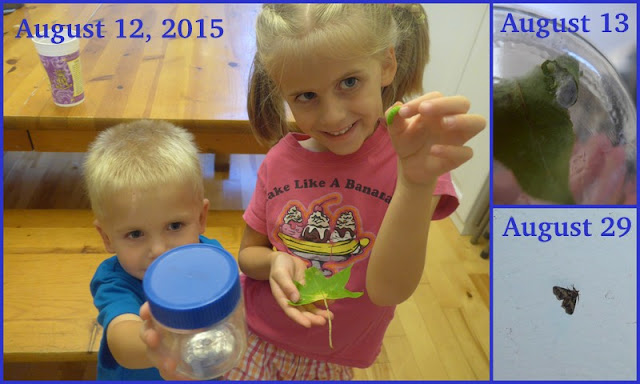 We let it go on our front porch and it quickly flew up to the ceiling to...rest (I guess). 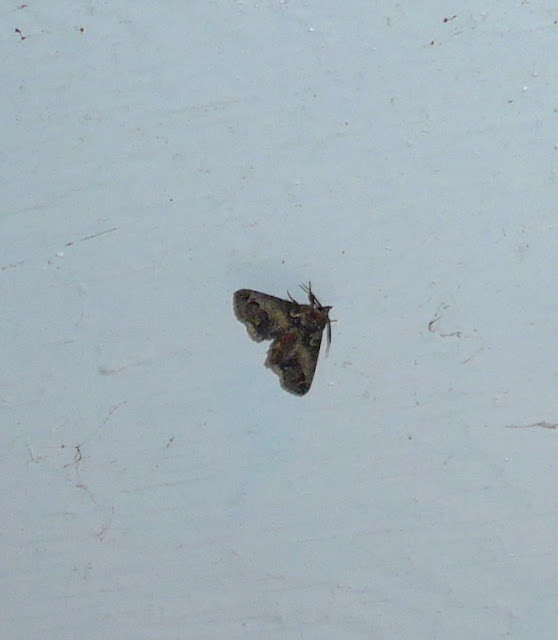 When I have a little more time I'll try to figure out what kind of moth it is, but what I'm really supposed to be doing is finishing up my talk (why won't someone just write it for me?)...so of course what I actually did was dissect the cocoon.

I just cut it in half so I could see inside where the crunchy caterpillar residue was left... 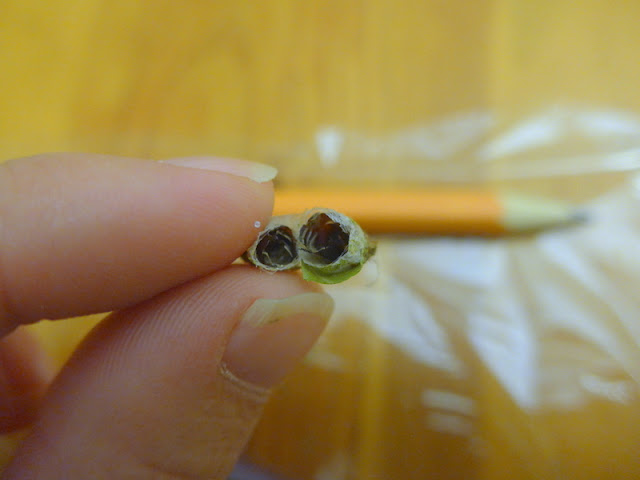 Letting the moth go was so exciting and—lucky us!—we'll get to do it again real soon because Benjamin found another caterpillar in the front yard so we made a little habitat for it as well. It hung out with Miriam's cocoon for about a day and a half before it decided cocooning was way cooler than caterpillaring and also made a little cocoon (unless it's going to be a butterfly...in which case it would be a chrysalis, I guess).

I didn't manage to get a picture of the caterpillar before it wrapped itself up...but it was a tiny little brown inch worm that had a head that looked almost like a snakehead. Here's our latest little moth/butterfly in-waiting: 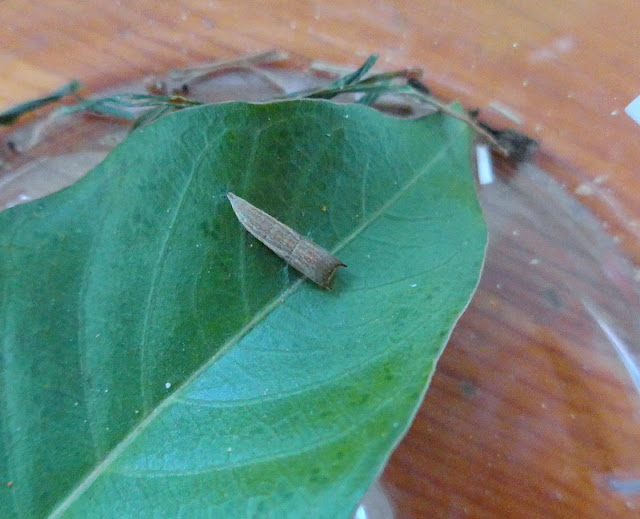 I think the little horns are and interesting touch (that's where its head was/is).
Posted by Nancy at 9:14 PM