Sometimes Andrew gets ambitious about dinner. Yesterday was one of those times. While I was busy with the baby, he and the other kids made homemade spaghetti—and had a blast doing it.

He and Rachel made the dough together and while it was sitting I took the kids for a walk (because some of them had far too much energy) and when we got home the dough was ready to be rolled out.

Here's Rachel taking a turn with the roller: 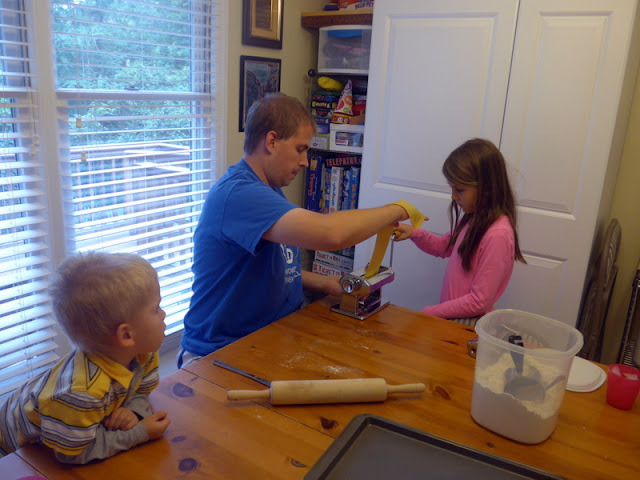 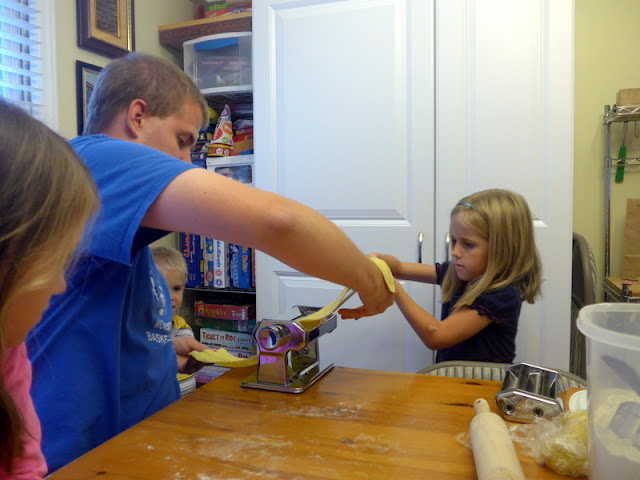 After the dough had been rolled out nice and long and flat it was time to cut it into noodles. The kids thought that was pretty cool. 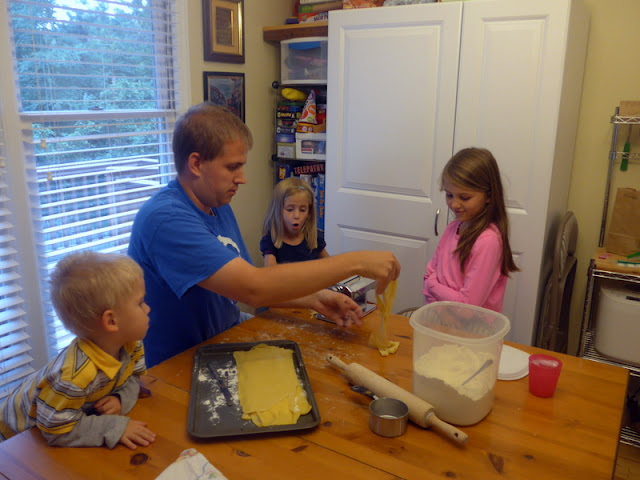 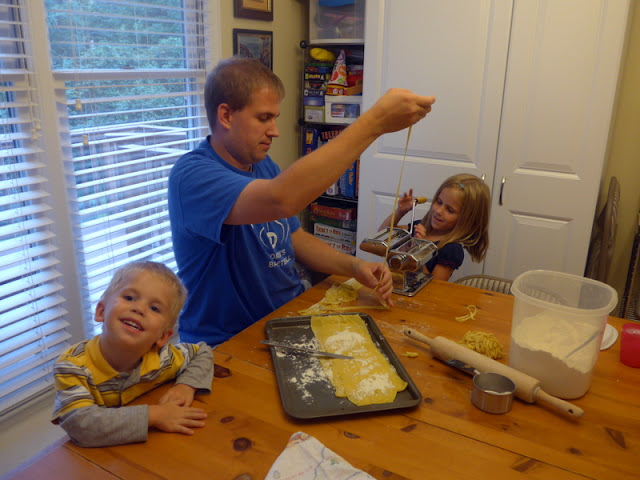 Here's Benjamin helping to turn the crank for the cutting mechanism of the pasta maker: 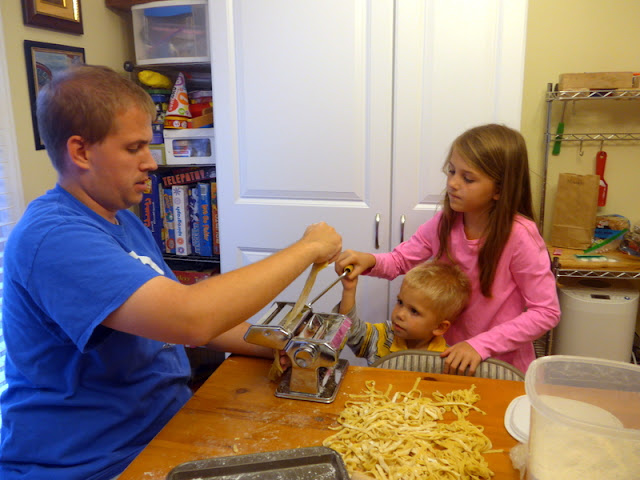 This picture was just funny: 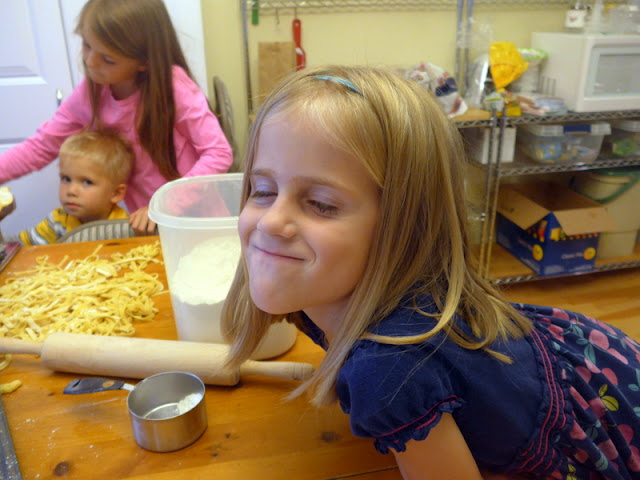 Fresh noodles take a long time to make but they boil in, like, thirty seconds, so once we had the noodles made it didn't take long to get dinner on the table. The kids were very excited to sample their handiwork. They were quite delicious! 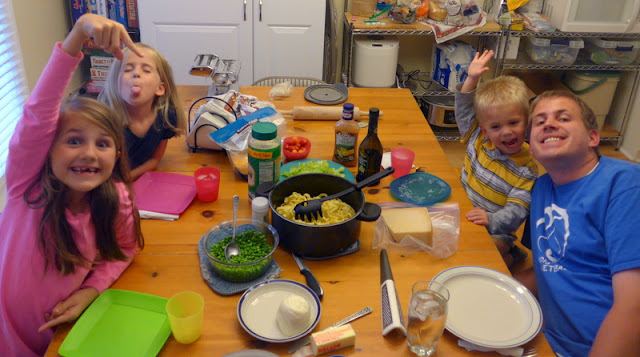