No more pitter-patter of Calli's feet

While Rachel was at her Activity Days...activity...I took Miriam, Benjamin, and Zoë for a bedtime walk. We made it all the way next-door when Miriam stopped short.

"A caterpillar!" she screamed, though more accurately she said something like, "A callipitter!"

She stooped to pick it up and it was all anyone could talk about for the rest of the walk. She laughed as it crawled up and down her arm. She chided it for dropping onto the ground. She tickled it and cooed at it. And if anyone tried talking about anything else the conversation was quickly refocused on the caterpillar.

"I'm going to call her Leafy!" Miriam said, but later the poor creature went through Greenie, Tickly, Squidgy, Crawly, Inchy, and Wriggly, before Miriam finally settled on "Calli," which is short for callipitter, obviously.

"We have to make a habitat for Calli!" Miriam said as we approached home. "I'm going to need a jar and some leaves and..."

We talked about how caterpillars are, contrary to how Eric Carle portrays them, often very picky eaters and will only eat one type of plant. She'd found Calli next to a maple(ish) leaf, so decided that maple leaf was probably destined to be Calli's dinner. 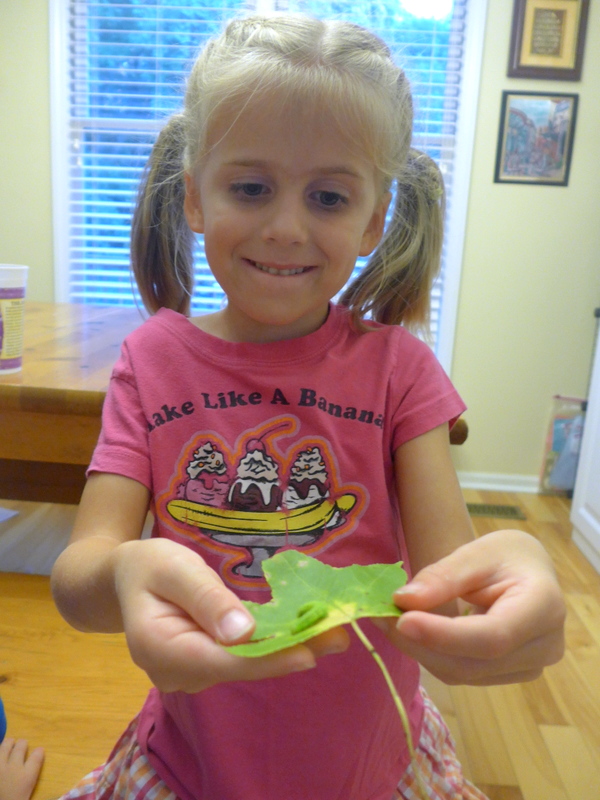 We put the maple leaf and the caterpillar into a jar together, with some nylon stocking stretched over the mouth of the jar for ventilation. Miriam had big plans for herself and Calli—they were going to have so much fun together! 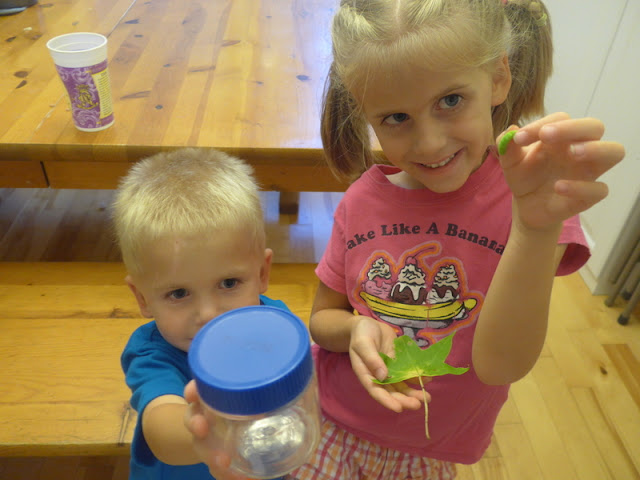 Oh, and Benjamin found a rock, which he decided was his "Butterfly Mom" and demanded we make a habitat for it. So we did.

I was in charge of keeping Calli safe during the day—a big responsibility, considering Benjamin also lives in our house. I fulfilled my duty faithfully. Unfortunately, Calli decided that now was as good a time as ever to pupate. She rolled herself up in the leaf and has been busy metamorphosing ever since. 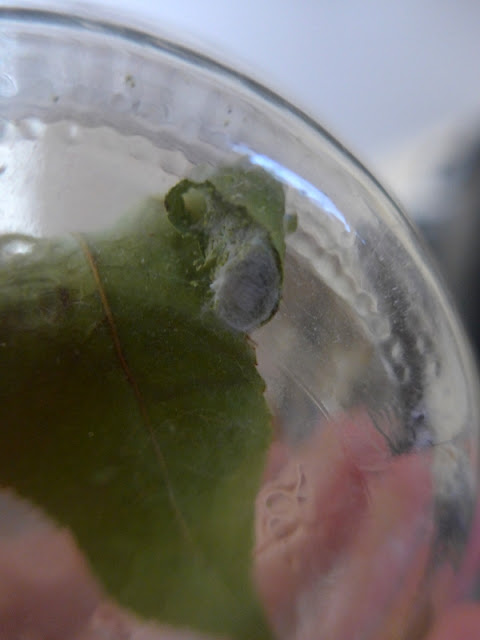 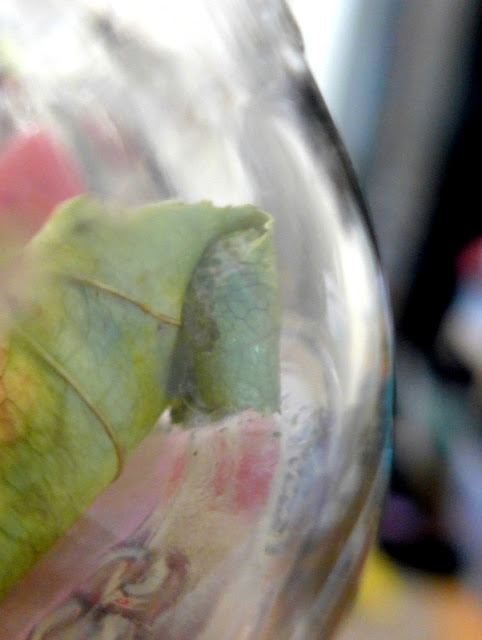 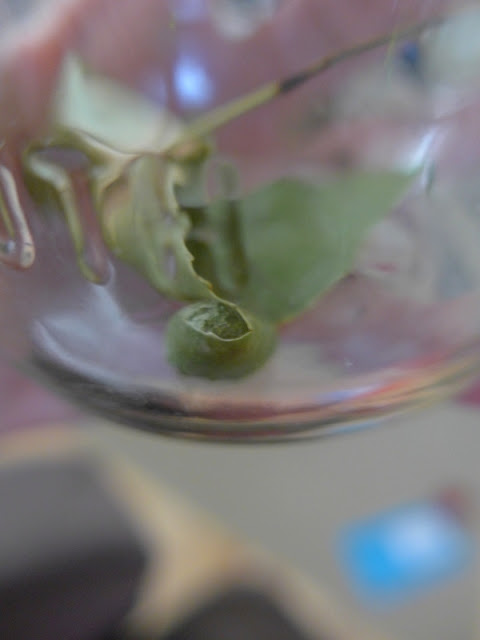 Yesterday when we were in the van coming home from Duke, Miriam started talking about how she needed to check on Calli before bed so she could say hello. She hadn't seen Calli all day!

"That's fine," I said. "But just so you know, Calli's not a caterpillar anymore. She started making a chrysalis today."

She had quite the meltdown, which wasn't the reaction I was expecting, especially after reminding her that this means that we'll hopefully find a butterfly (or a moth) in the jar sometime in the future—and that's exciting.

"I don't care about moths or butterflies!" Miriam blubbered. "I just want my Calli back!"

Unfortunately, there's no turning back. Caterpillars basically melt inside the chrysalis before reforming into a butterfly, so if we tried to break Calli free all we'd find is an ooey-gooey mess.

Miriam's still mourning Calli but I think she'll out of her funk soon. Those lifecycles, man, they'll get you every time!

Here's Benjamin with his rock habitat again. He's very proud of it... 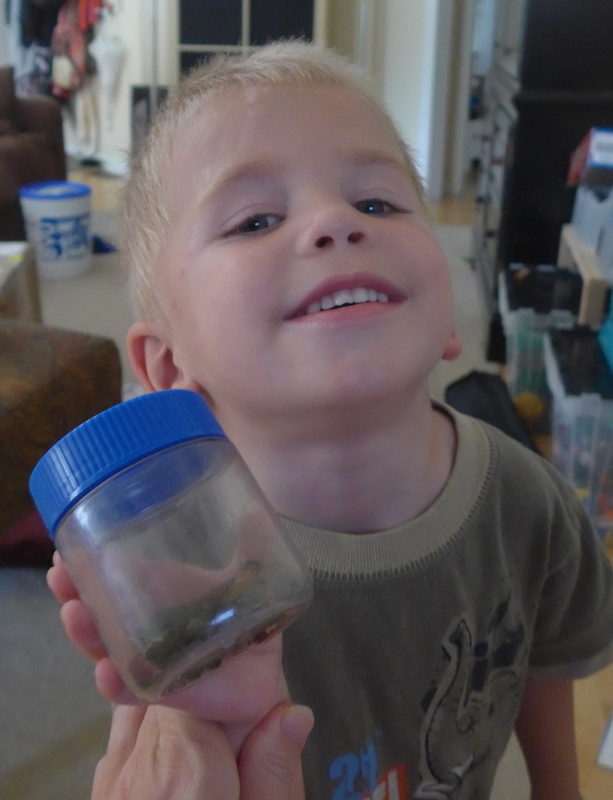