Our little ukulele choir is already looking at Christmas music. Yes, in August. And, yes, because we need that much time to prepare and not only for the eight and under crowd either because we're trying to stretch ourselves—to move beyond C, G7, and F, to add more difficult strumming patterns (and maybe even some finger picking).

We've been playing for so long that Benjamin's no longer a baby and is starting to think he needs a ukulele of his own to play with. He and Miriam are pretending these ukuleles are violins, currently, but you get the idea (and it drives Rachel crazy when he borrows hers): 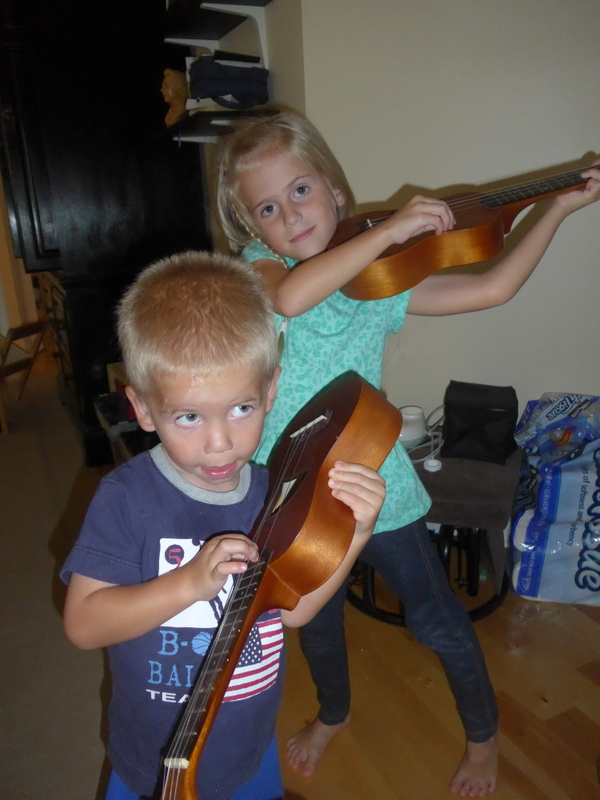 I suggested that we try using our handbells in one of the songs. I have a set that my mom gave to me and Laura has a set as well. I can't stand it when the kids get them out to play with but if we're all feeling very disciplined they're quite fun to make music with. Laura pointed out that our bell sets are diatonic, which kind of limits what we can do (though a lot of our songs only use C, G, and F chords, and we could just have the bells play with the chords). I went online see how much an add-on chromatic set would cost (about $30 on Amazon or Ebay, in case you're wondering) and checked Craigslist to see if anyone just happened to be getting rid of a set of handbells (because you never know). No one was.

But someone was selling a xylophone. And it was a really good deal (though it was a little more than $30) so we decided to go for it. Because xylophone.

We played on it for hours this afternoon (without Rachel because she was at a birthday party). It also came with a drum pad, which Benjamin enjoyed (and frankly, we enjoyed him playing on that more than on the xylophone because he likes to play everything fortissississimo and, really, you can only play a drum pad so loud before it simply maxes out on its ability to create noise...unlike a xylophone). 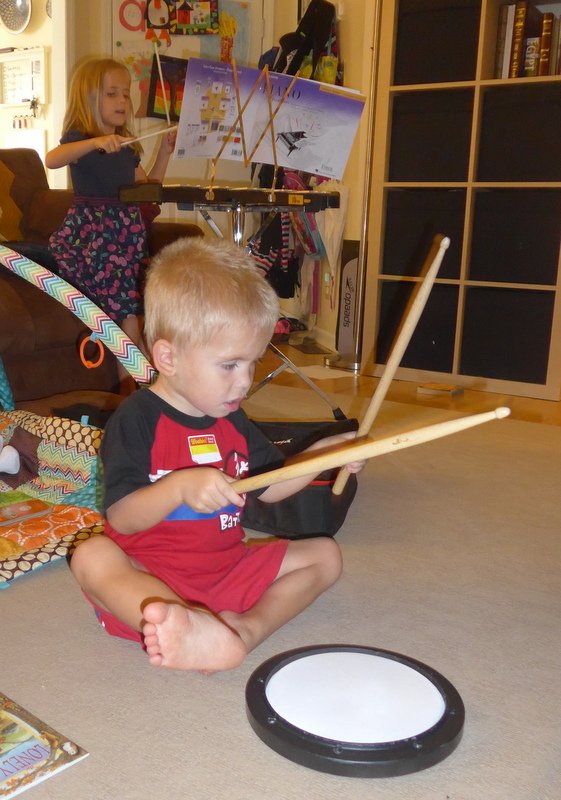 Miriam practiced and practiced until she mastered Twinkle, Twinkle Little Star. She insisted on playing a duet with me on the ukulele. She played the melody on the xylophone and I accompanied her with chords on the ukulele. It was pretty fun! 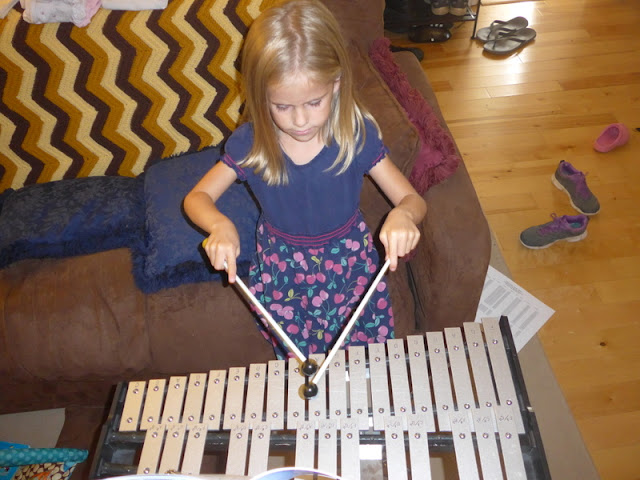 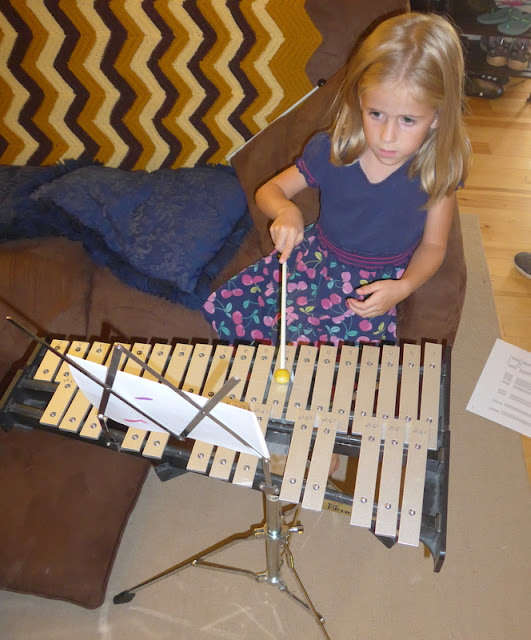 Here's Benjamin taking a turn. He's only allowed to use the yellow side of the mallets because they have a dampening effect (the other side of the mallet plays a lot louder). I don't know much about percussion instruments—that was always Uncle David's thing—but we'll learn. I'm sure different mallets have special names and such but at our house it's "yellow end" and "loud end." 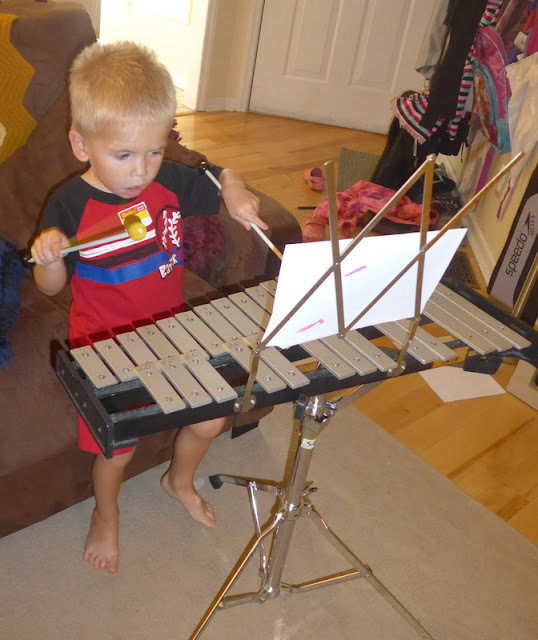 Daddy put us all to shame! He pulled out some sheet music and played Hedwig's Theme, much to the children's delight.

I'm still debating those other handbells, but we're quite happy with our xylophone for now!
Posted by Nancy at 9:29 PM