Zoë's a rather serious baby so when she smiles it's quite the treat. She was smiling and cooing while Miriam was holding her on Sunday afternoon, which was a relief because she was the world's grumpiest baby at church! 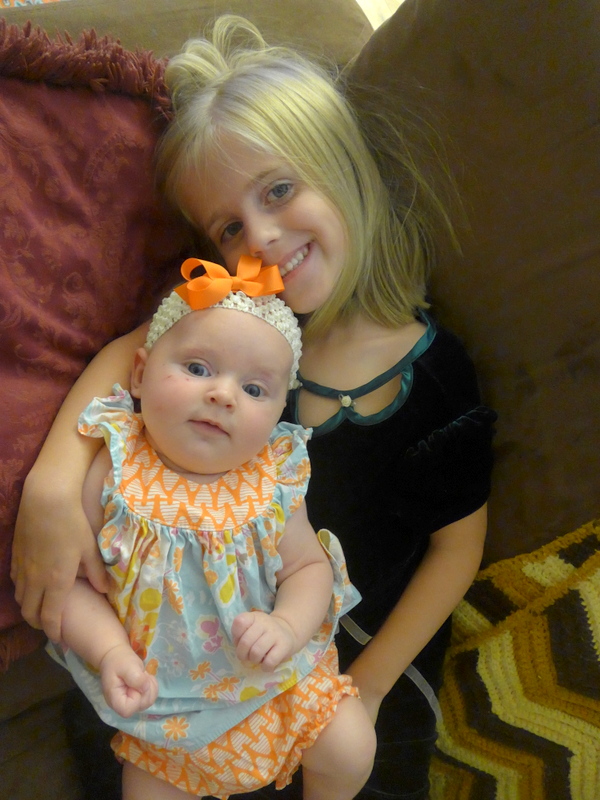 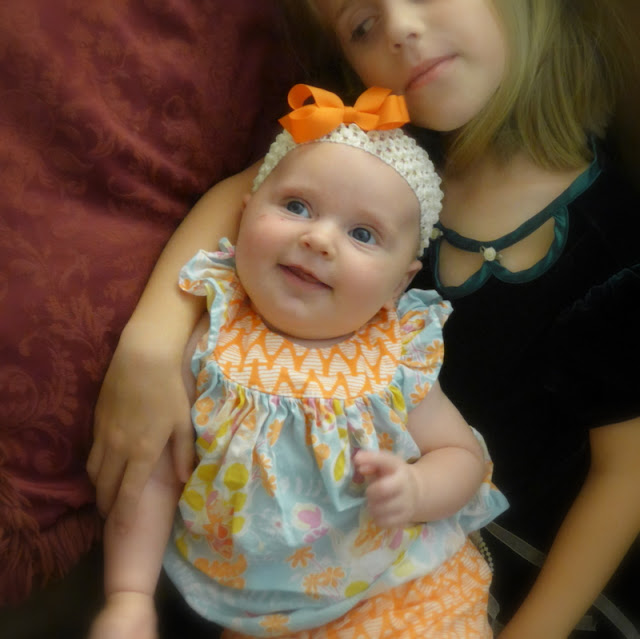 Sundays are hard for us because it throws off our schedule. Last week I talked about how not pumping is hard for me so this week I'll talk about how it's hard for Zoë. My children have all suffered from fore milk imbalance at some point or other in their lives. Poor Rachel and Miriam had it the worst because I only discovered that foremilk imbalance was a thing when Miriam was a baby.

There's a lengthy explanation here, but I'll give you a short one. Basically, foremilk comes out first; it's thinner and has a higher sugar content than hindmilk. Hindmilk contains all the fat. It's all the same milk, really, but the fat "lingers" in the breast so as the feeding progresses the fat content of the milk rises. But if you have a lot of milk (like me) then you have a lot of foremilk for baby to go through before they can get to the hindmilk. A baby's tummy is only so big, so they fill up on thin, sugary milk, which they then digest quickly so want to eat again. But if you have a lot of milk all you have to offer them is more thin, sugary milk, which they fill up on, digest, and want to nurse again.

Nursing more often makes mum produce more milk, which means there's more foremilk to go through before baby can drain the breast and get to the hindmilk. So pretty soon mum is overflowing with milk, baby is constantly eating and constantly hungry because she's never getting any good fat—because fat takes longer to digest than sugar, see?

Poor baby's tummy starts to ache. She gets really gassy. Her poops turn bright green, instead of being that lovely seedy yellow it should be. And she screams all the time (all the time).

And mum has no time to pump because she was a genius and sent her husband home from church with a sick big sister, which meant she was stranded at church with a wailing baby for three hours. Oi.

Obviously this story just went from the general to the personal.

I pumped a bit but I just couldn't juggle an angry, sore-tummied Zoë and pump. She kept wanting to eat, but I had so much milk I was choking her, so she was gagging and screaming and trying to nurse and just super miserable. And gassy. And poopy—always poopy.

It was an exhausting day at church, that's for sure! I should have gone home with Rachel and the baby and left Andrew at church with the other two. Isn't hindsight remarkable?

When I can pump first thing in the morning, then Zoë usually gets a lovely, fatty meal for breakfast and is typically quite happy throughout the day. But, oh, if she gets a thin, watery breakfast...the only solution is to pump a lot and then get back on schedule. So that's what we did yesterday afternoon (we got back on schedule, I mean).

Today she was a much happier baby. 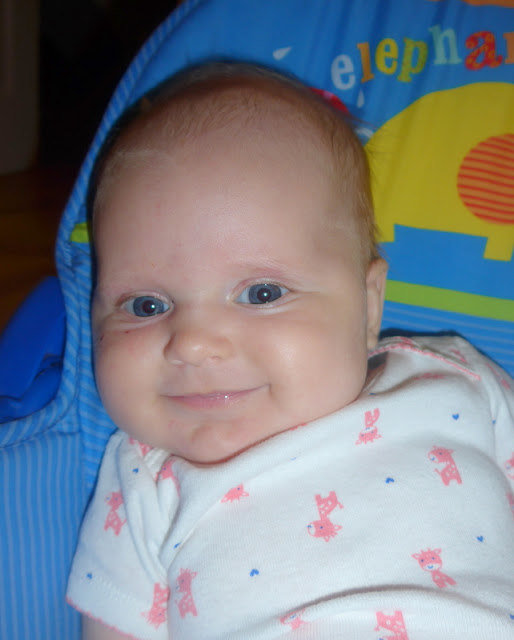 I should mention that a sweet woman in our ward took Zoë for me during Relief Society so I could sit down for a minute (or, you know, an hour). She walked the halls while Zoë cried and cried and cried herself to sleep. It was such a sweet service (for both Zoë and me).

I should also mention that if you have foremilk imbalance and you'd like to decrease your supply so your poor baby isn't drowning in milk, block feedings* is your answer. At least, it was my answer when Miriam was a baby, but I'm perfectly happy to keep pumping for now (and don't worry; my pumped milk has plenty of fat in it as well; I wouldn't dream of donating just foremilk).

* Nursing from the same side every time baby wants to eat for 3–4 hours before switching to the other side (so baby has time to drain the breast completely and get down to the hindmilk).
Posted by Nancy at 12:40 AM