I took the little ones to the museum this morning—one of our favourite default activities. It was nice for Benjamin to get to be (almost) completely in charge. I left him buckled in his car seat while I got Zoë settled in the front carrier—he was getting hot and impatient but at least he wasn't running amok in the parking lot.

"Don't forget to unbuckle me, Mom!" he pleaded.

"No!" Benjamin said, kicking his legs and straining against his shoulder straps. "You can't leave me! I'm your favourite!"

And so it seems I spent my afternoon following around my favourite little boy, only making him stop to feed Zoë or take potty/diaper changing breaks.

Here we are by the dinosaur exhibit. Zoë and I are sitting in the shade while Benjamin digs in the dirt. 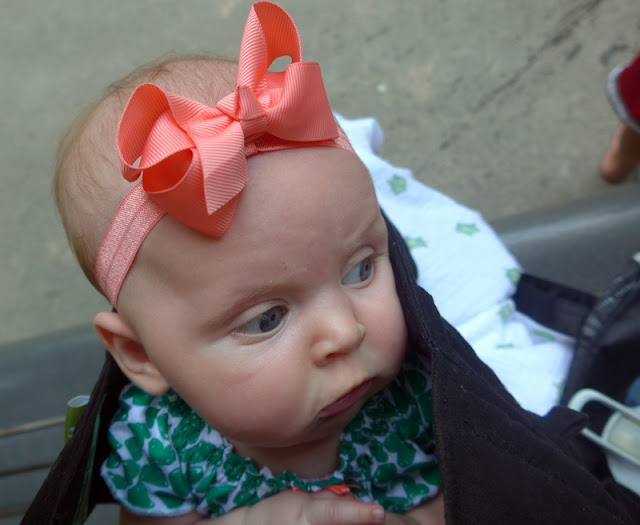 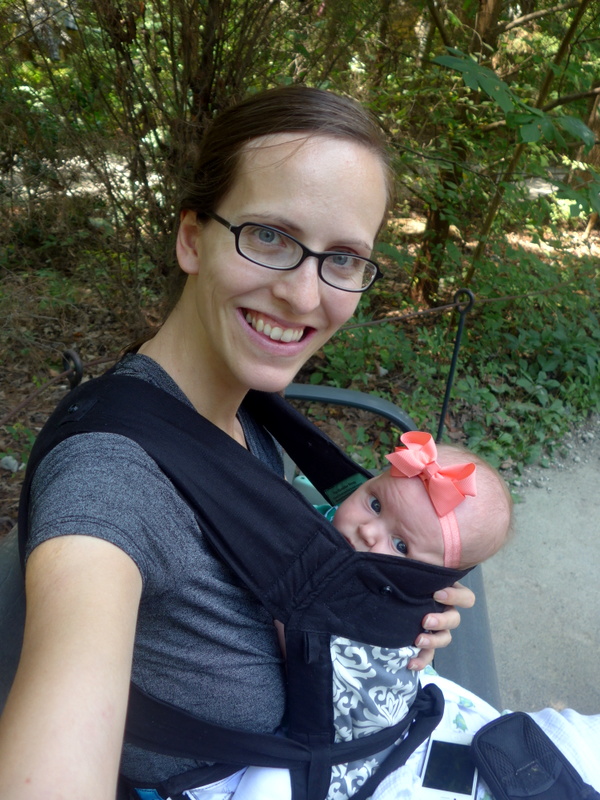 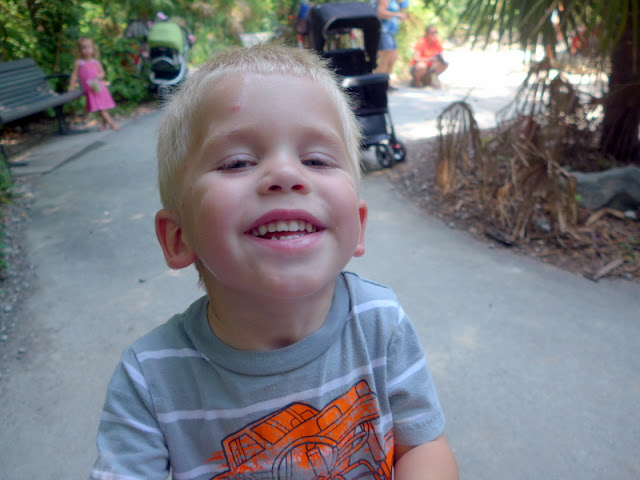 Here we are resting—again— on our way to see the bears. Zoë decided she was too hungry to wait any longer. She was much happier after she'd been fed so we chatted for a minute before putting her back in the carrier. 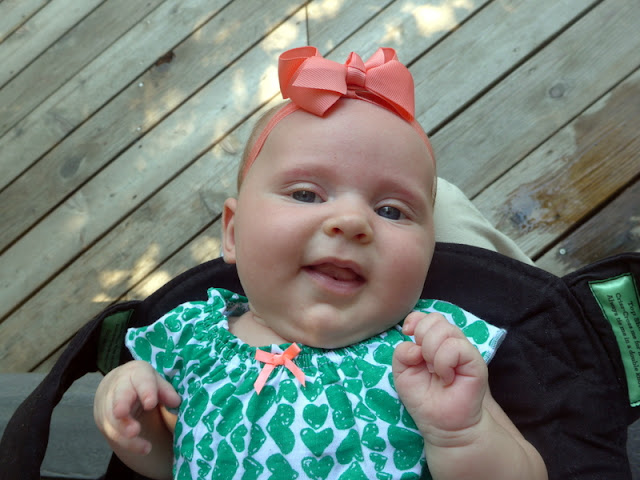 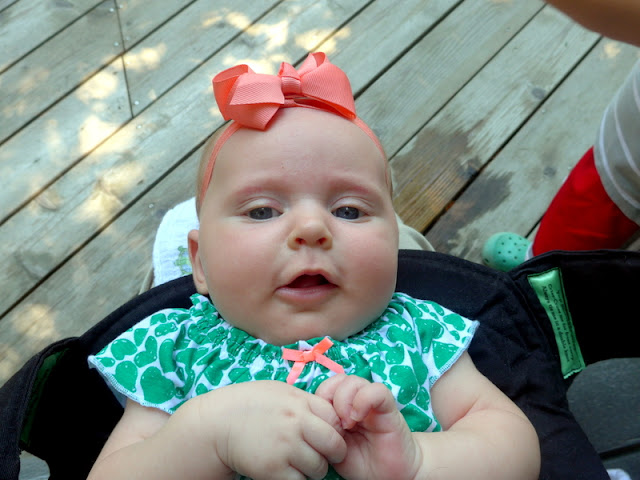 She also graced us with some spectacular smiles. 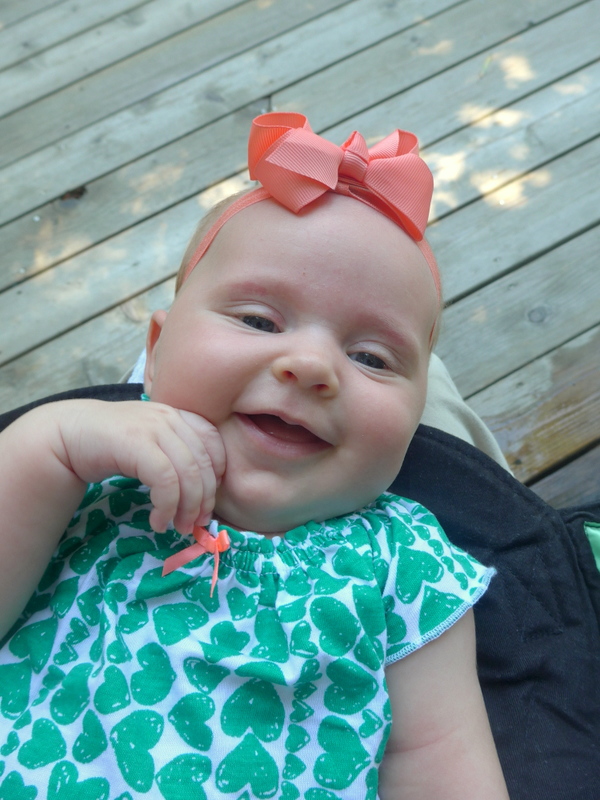 And she got a few hugs from Benjamin. 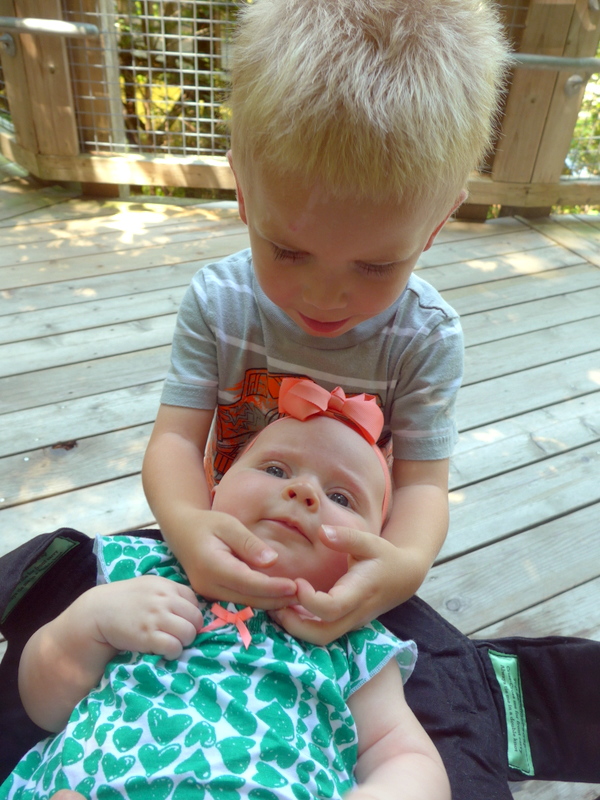 This little boy loves his baby sister so much (and she's learning to like him, too). 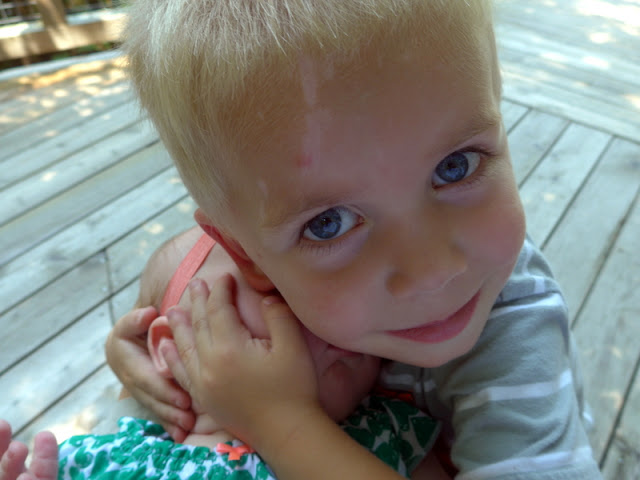 I love all the green out here! It's a little out of control—keeping a well-manicured lawns is inconceivable 'round these parts—but it's so gorgeous. 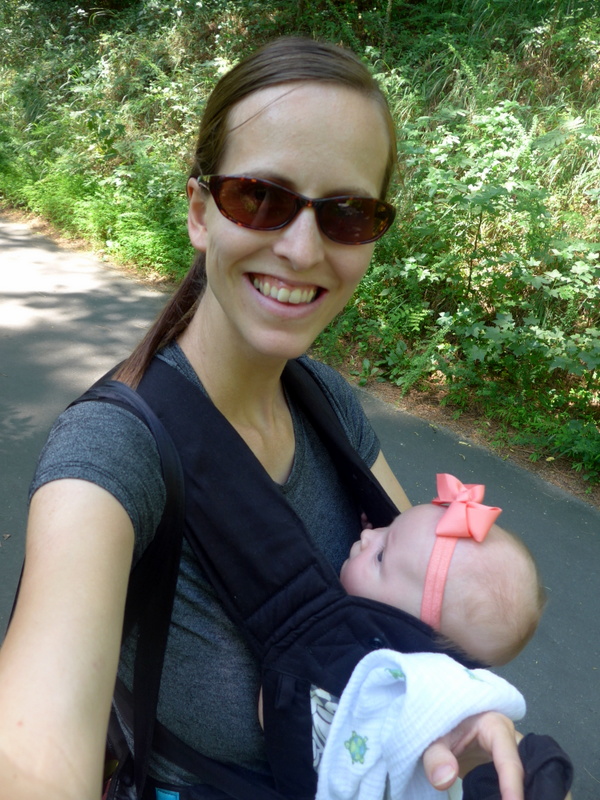 There were caterpillars (yellowstripe oakworms) out in abundance today. Benjamin squished one accidentally and felt really bad about it, so later when he spotted another one squirming its way across the sidewalk he made sure it crossed safely. He really wanted to take it home for Miriam, but I told him we couldn't because we didn't have anything to carry it in. 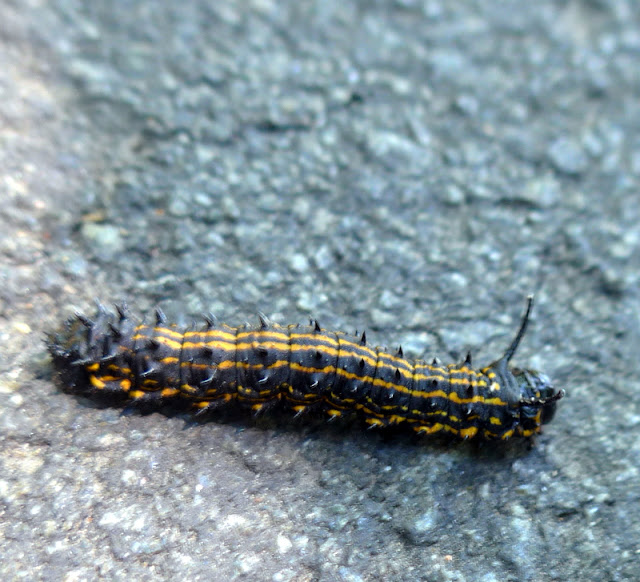 Here he is being a tunnel for it: 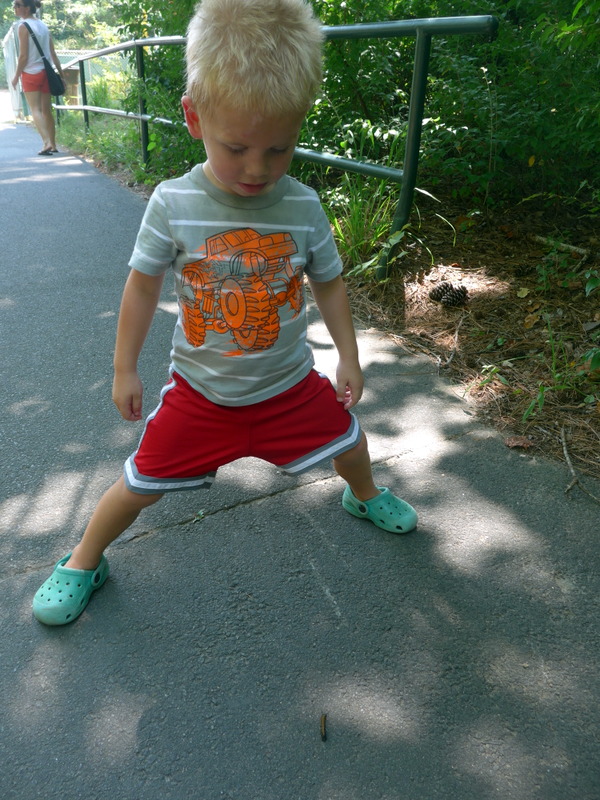 Eventually I convinced him to put a stick in its path, which he did, and when it climbed on it we carried it over to the side and deposited it in the bushes. And then we finally made our way to the butterfly house. It always makes me laugh to visit the butterfly house in the summer because they keep the butterfly house 80°F with 80% humidity and...it feels glorious in there compared to the heat we have outside. In the winter it sometimes feels stuffy, but never in the summer!

Here's Benjamin watching the butterflies flit around the tree branches. 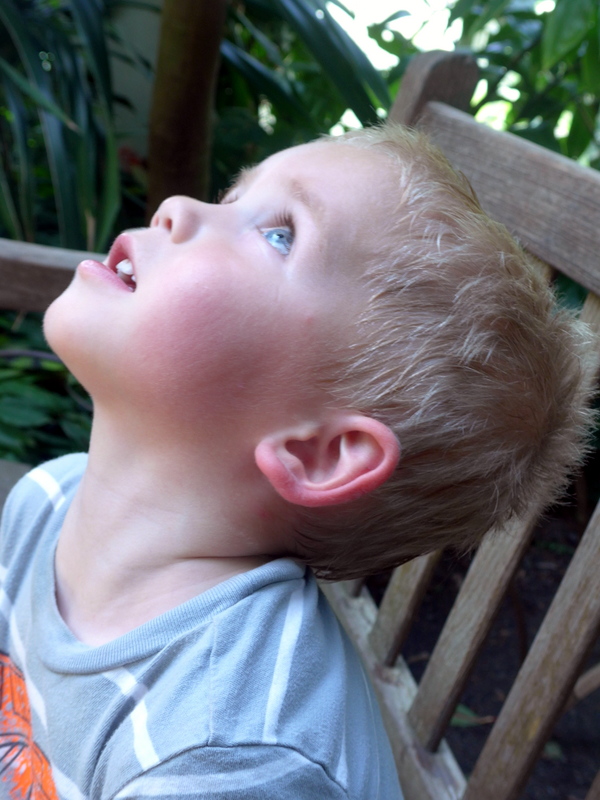 And here are a couple of butterflies (and a billion fruit flies) enjoying some delicious-looking pineapple and a disgustingly rotten banana: 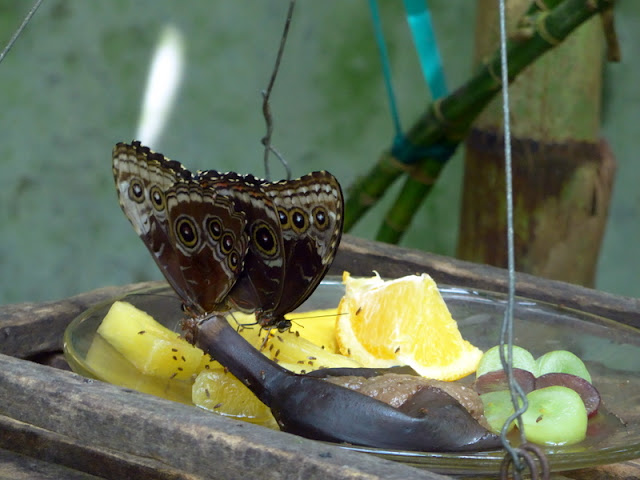 He wanted to build a gigantic butterfly puzzle that was in one of the rooms but I told him that I couldn't put it together (because I had a baby strapped to me and I was tired). He figured I was telling him that I didn't know how so he told me, "Mom, when you don't know how to do something you just look at the guh-geck-shuns! Just follow the guh-geck-shuns and you'll figure it out!"

I love his mispronunciations! (That's "directions," by the way).

It was an exhausting afternoon (all that walking around (carrying a baby and a diaper bag) in the heat will do you in), but it was nice to get out of the house with just the two little ones.
Posted by Nancy at 5:13 PM