Zoë is growing so fast! Things that I thought couldn't possibly ever fit her are already getting too small—for example, this adorable dress from the Rogersons and the booties I crocheted for her: 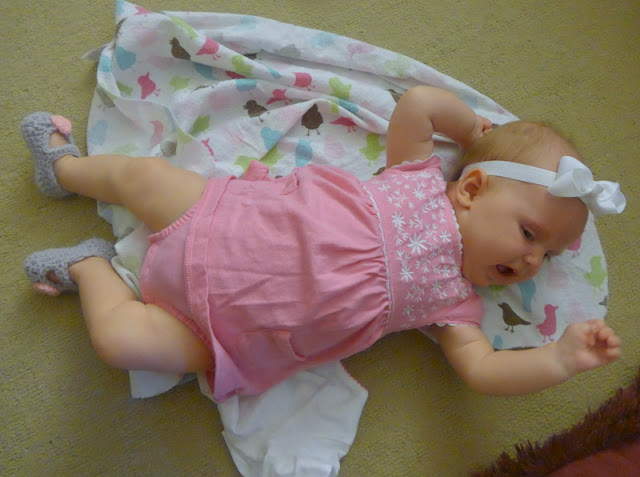 After church we played Settlers of Catan and, after a few crying fits, Miriam won! She got both the longest road and the largest army cards. The girls are getting pretty good at that game, which makes it more fun for me and Andrew.

After game time came colouring time. Benjamin has finally started drawing actual things, rather than simply scribbling. He scribbled for so long that I was starting to wonder if he'd ever get anything real down on paper, but he's finally taken an interest in drawing things. Here he is drawing a robot: 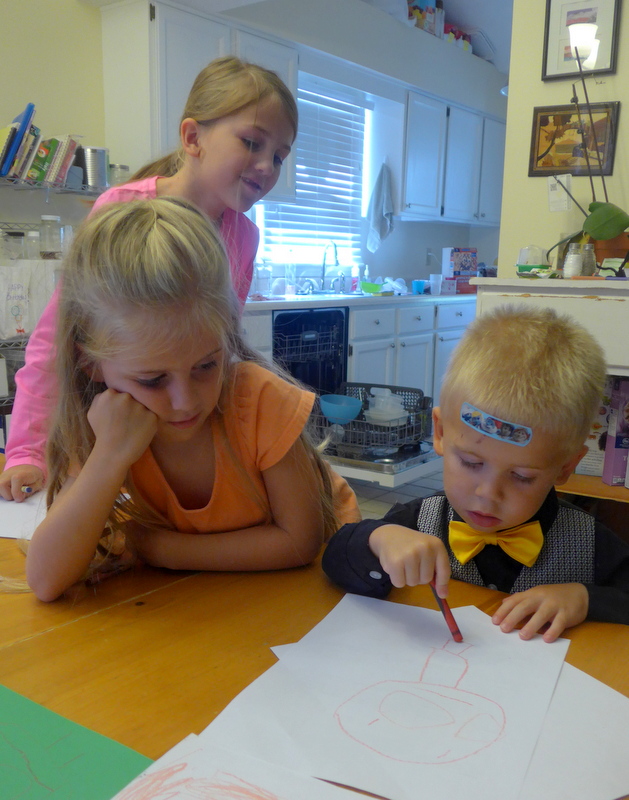 It was so exciting that the girls couldn't stop watching him draw. Rachel decided to keep his drawing and labeled it "Benjamin's first picture," though from what Andrew told me, Benjamin was drawing robots during sacrament meeting, too. 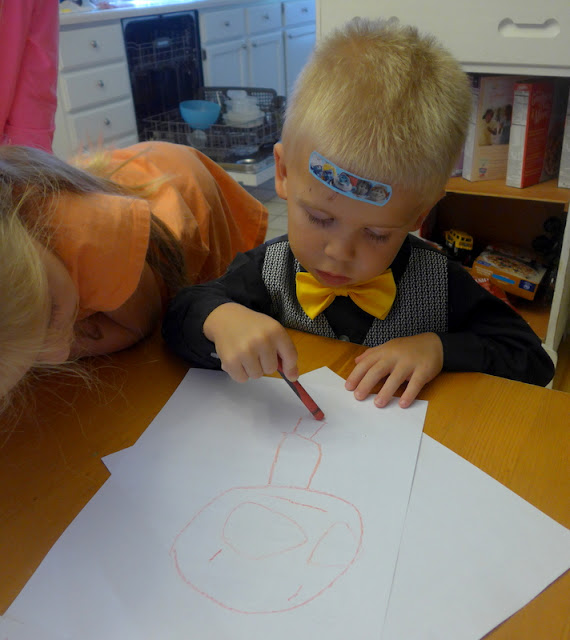 We left the three older children playing together (they did a fabulous job) so that we could take a nap with Zoë, who'd decided that 4 AM was a great time to start the day (she was up from 4 AM until the middle of sacrament meeting (so around 9:30)). She took a lovely nap during church but, of course, I couldn't, so I took the opportunity to do that this afternoon, after taking this picture of Zoë and Andrew sleeping side by side (breaking about a thousand co-sleeping commandments, but whatever). 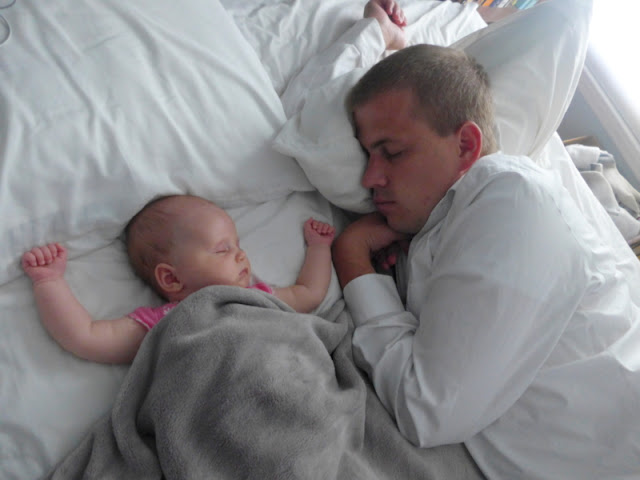