Today's Adventure: Three Three and Under

I've flaked out on visiting teaching the past couple of months, but my companion's been keeping up with things, which has been nice. I guess turn around is fair play since the same thing happened in reverse when she had her baby...but, honestly, I should be starting to pull my act together by now, right?

Anyway, my companion emailed me to let me know that she met with two of the sisters (she had a craft day with one and then her husband home teaches the family of the other sister we visit so she just went with her husband and chatted with her then) but that she hadn't seen our third sister yet, so I said I'd contact her and set up an appointment.

Unfortunately, Marian (that's our third sister) was super busy this week and said she didn't know when we could get together for a visit (though we are having book club at her house this evening (part of her busyness, I suppose)) but that she needed a babysitter for Jay on Thursday morning and...would I mind? And of course I didn't because Benjamin adores Jay. 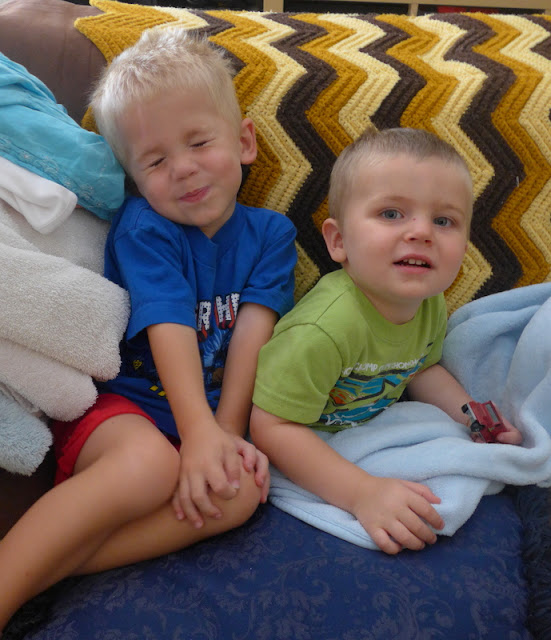 At least, he adores Jay most of the time. Poor Jay felt a little abandoned when his mom left so he started crying, which annoyed Benjamin (which is a little hypocritical considering Benjamin cried all the time when I left him at Jay's age—even when I left him with Daddy). Eventually Jay decided we weren't so bad and stopped crying long enough to start playing cars with Benjamin so I settled down to pump. And then Jay started crying again.

Benjamin got annoyed and walked out of his bedroom, shutting the door behind himself.

"Benjamin!" I said. "Jay can't open doors yet. We don't want to trap him in your bedroom. Go open the door for him!"

Jay did not appear. He just kept crying.

"Benjamin," I said. "Why is Jay crying? Did you do something to him?"

"I dunno," Benjamin said innocently. "He just keeped crying and crying so I shutted him in my closet."

"Benjamin!" I gasped. "We do not shut our friends in the closet! You let him out right now!"

"Okay," Benjamin sighed, and went to let poor, frightened Jay out of the closet.

It was pretty smooth sailing after that. Benjamin and Jay are a little over a year apart but they play pretty well together. Here they are "holding" Zoë and taking turns drumming on Zoë's tummy—a flurry of little arms! She wasn't quite sure what to think about all that "attention" at first but smiled a little bit, so perhaps she liked it. Maybe. 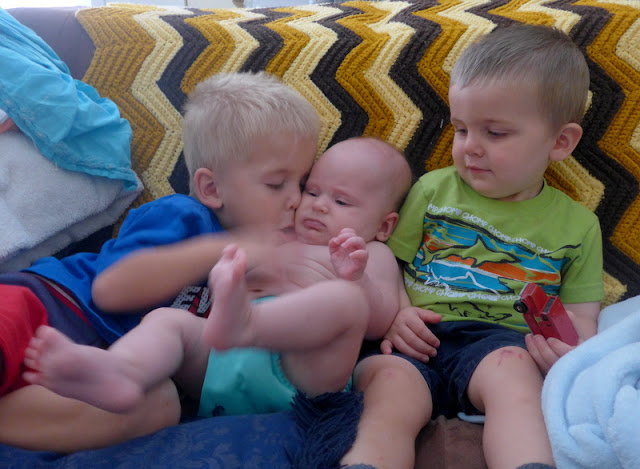 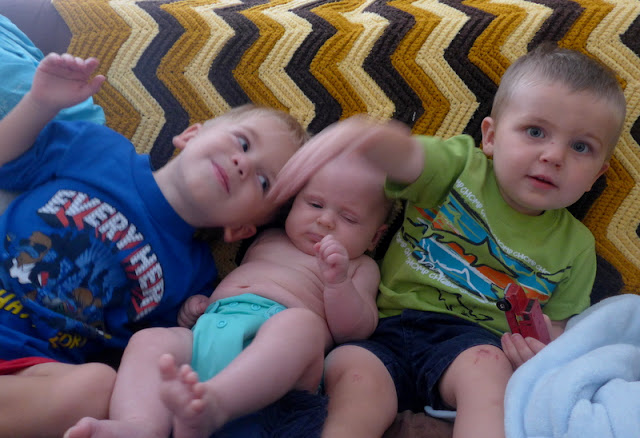 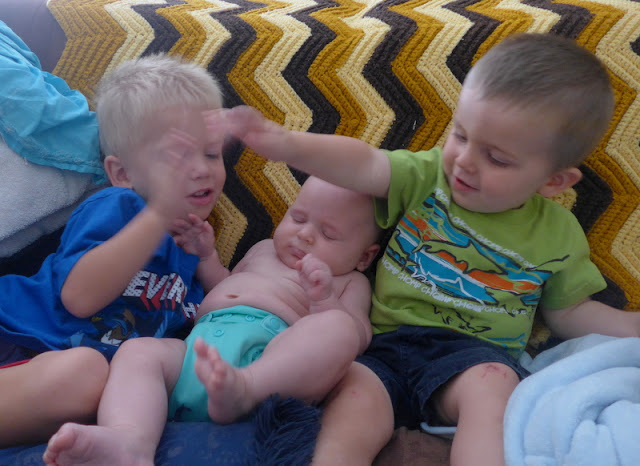 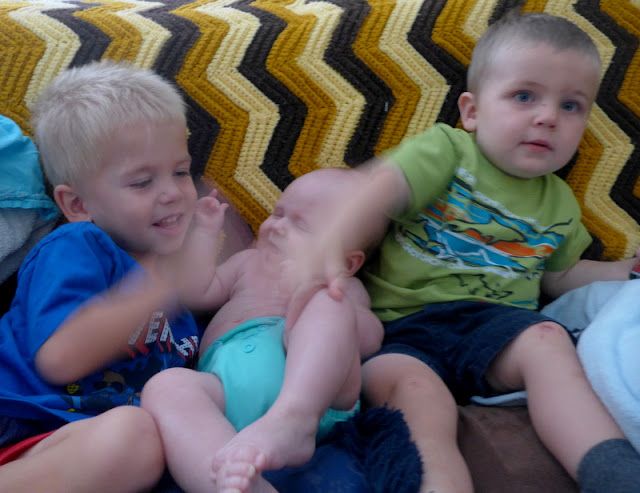