For an assignment, Rachel had to write a cover letter for a job application. It's basically fantastic:

And this is the shirt she had to design for the fictional company. I love the little Santa saying, "Pie makes me jolly!" 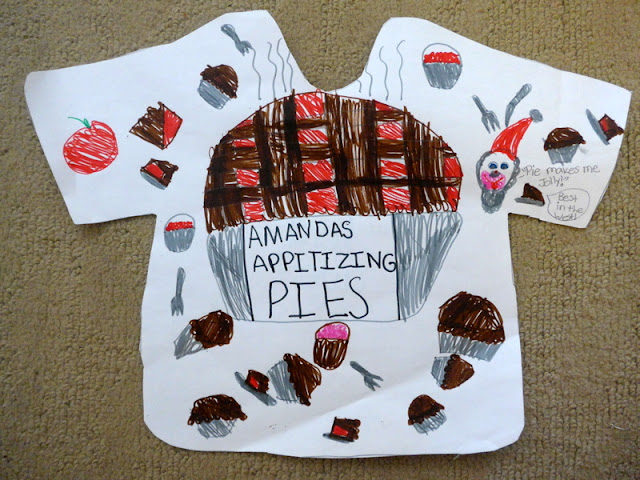 At the beginning of the year the kids had to take three items to school, write a little cue card up about it and set up a "Me Museum" on their desk. This was Rachel's sign: 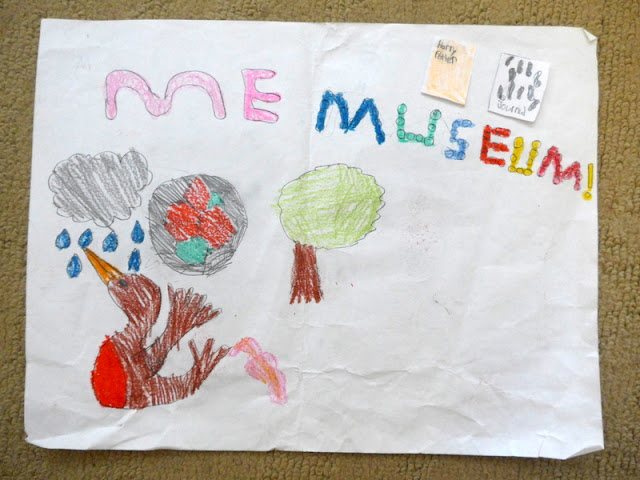 She brought in her soccer trophy, Princess Academy, and a Book of Mormon.

Here's a picture of an owl Rachel drew: 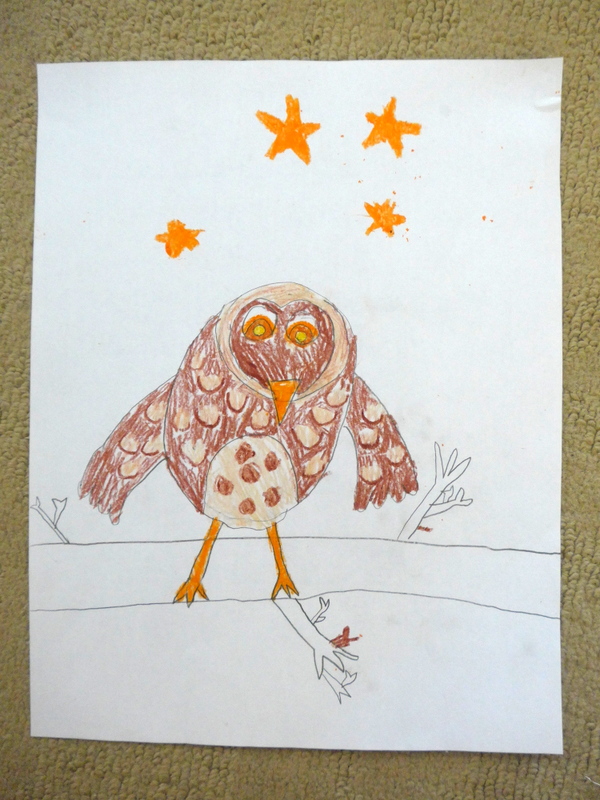 And the TARDIS sign she made for when Uncle David came to stay with us: Miriam's been studying a lot of stories at school. Here's a picture from a Knuffle Bunny story: 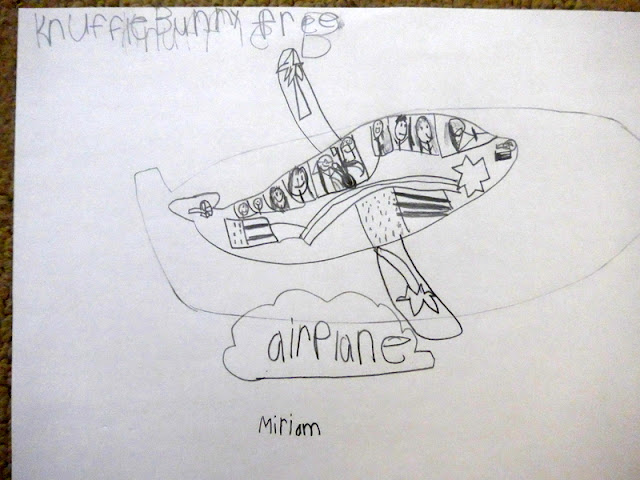 She has to fill out a little form for every book and rate how she thought the story was using faces. She had a ton of papers filled out normally, like this: 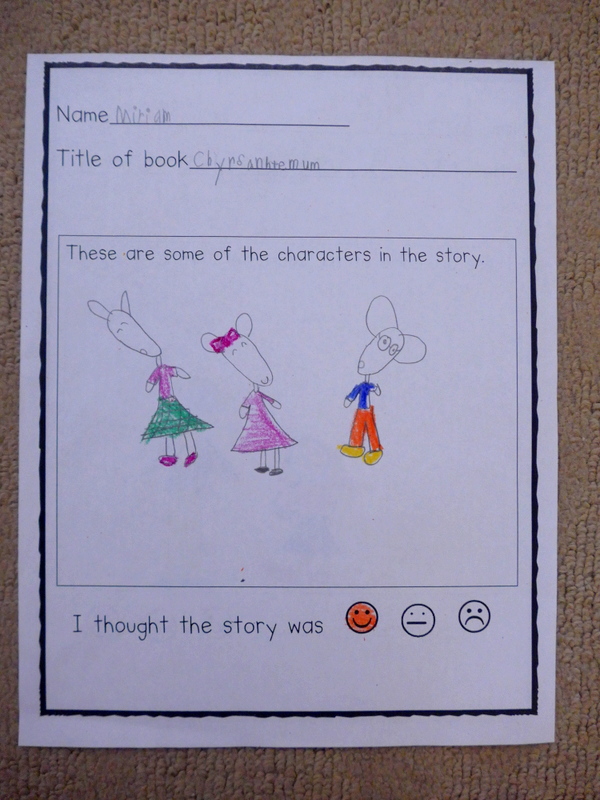 This one was a bit different: 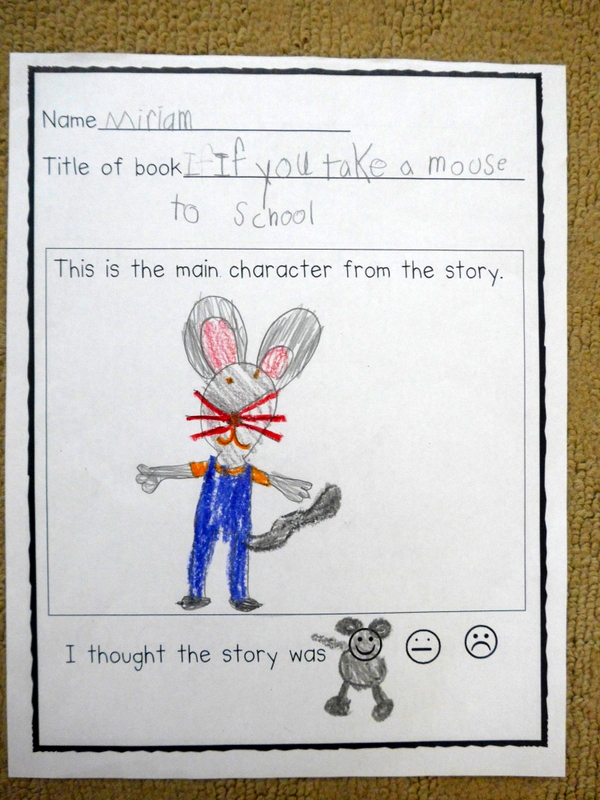 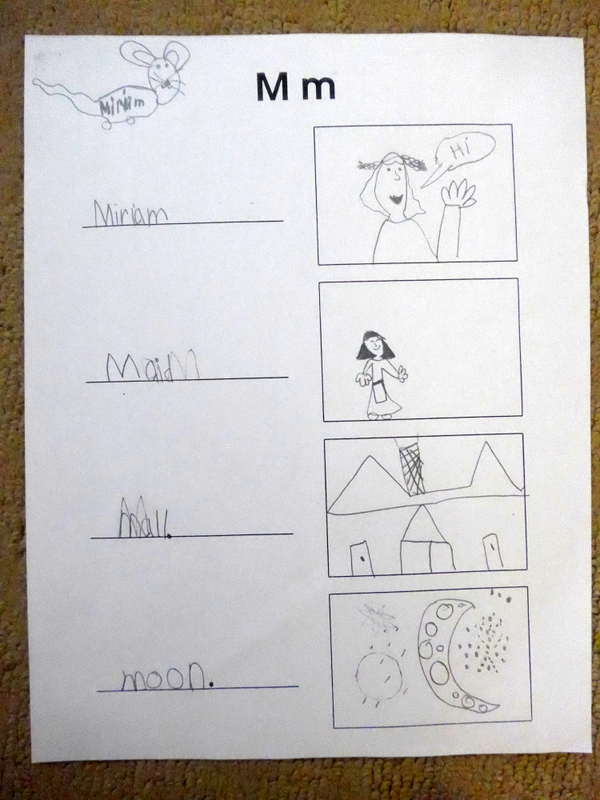 They're finally getting around to studying letters now that they've finished up with colours. They completed a page for every colour of the rainbow and then some. Here's pink... 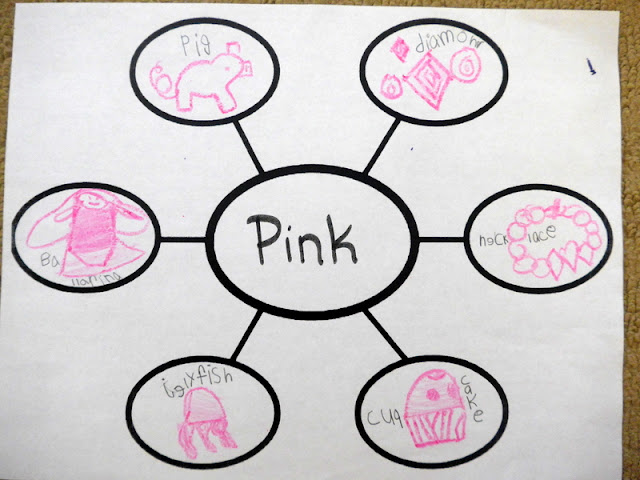 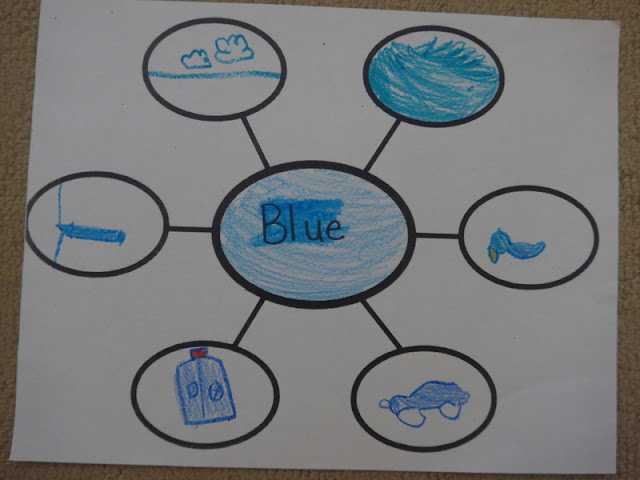 She drew the TARDIS for one of her blue objects, which I thought was pretty funny. 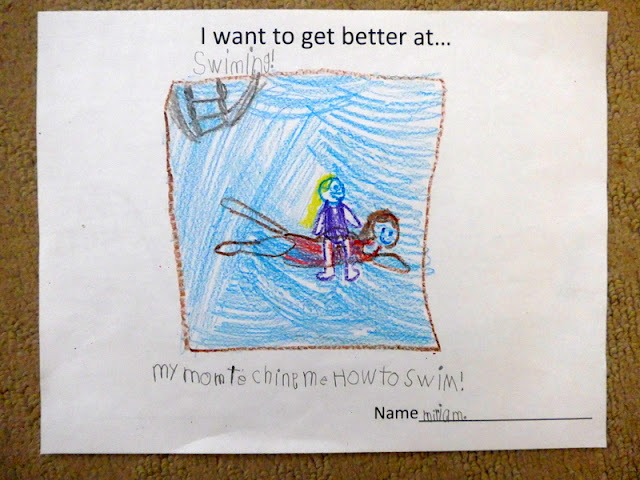 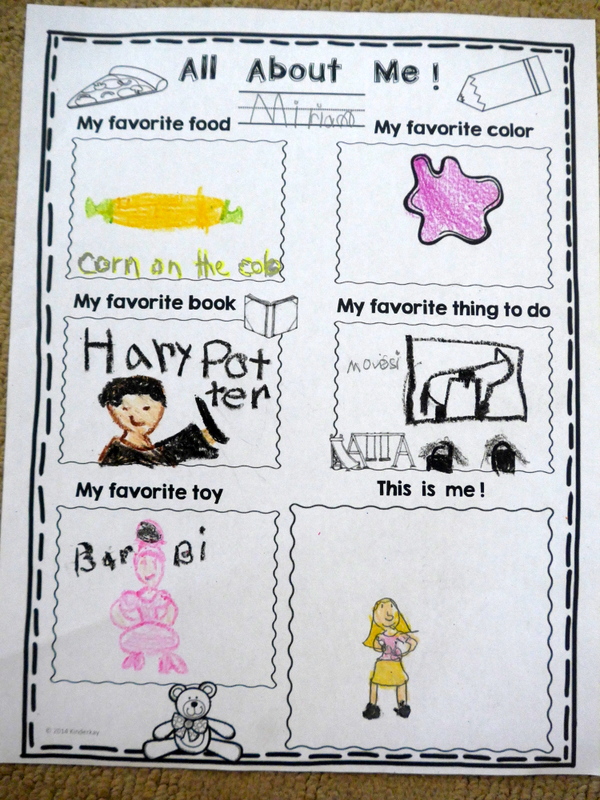 And a few more home papers: 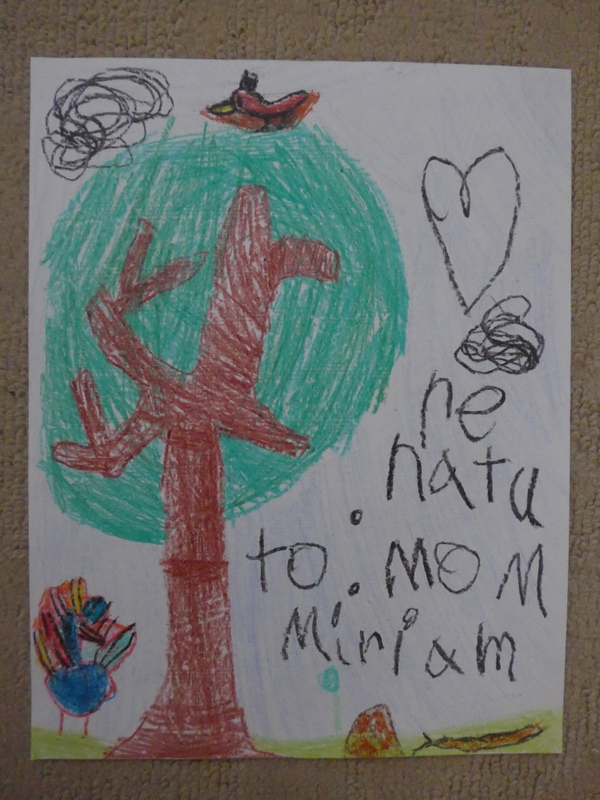 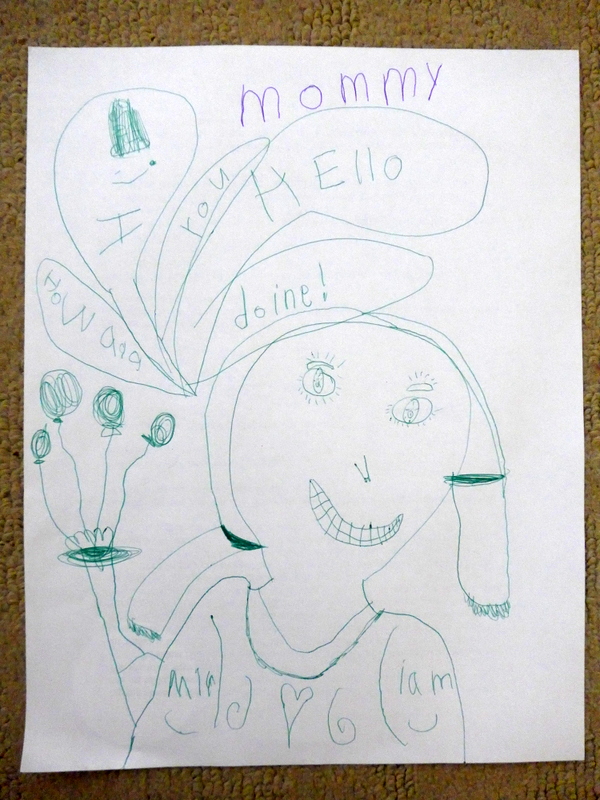 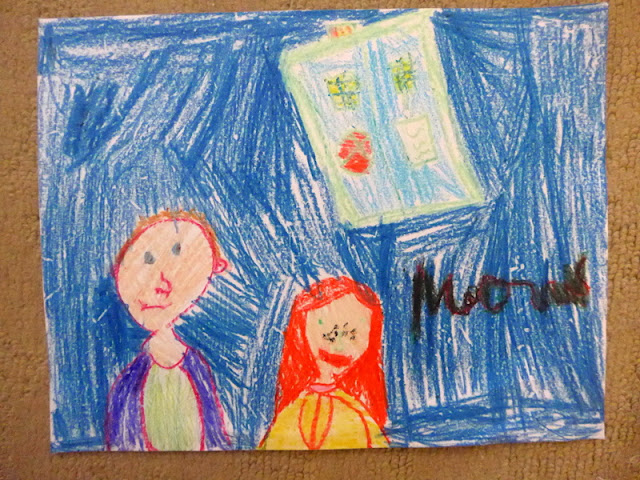 Miriam loves to draw pictures for other people. She spent the entire morning this morning making about a dozen birthday cards for Andrew because his birthday is in one month and that's "hardly any time to get ready!" She really tries to draw what other people like rather than what she likes, which was the inspiration of this trucks montage she drew up for Benjamin.

Speaking of Benjamin, a few of his works of art made the cut to be featured on the blog (most were scribbles and ended up in the recycling bin—that boy loves a good scribble session).

First, here's his "homework" from a few days ago. He tells everyone that we're doing "preschool at home" together, which is kind of true, I guess, but I haven't really done much with him. When the girls are doing their homework is when I can get the best work out of him. The first few days he sat at the table and moaned, "I wish I could do homework like you two!" Only it came out as, "I wish I could do home'erk 'ike 'oo two!"

So here's some of his homework: 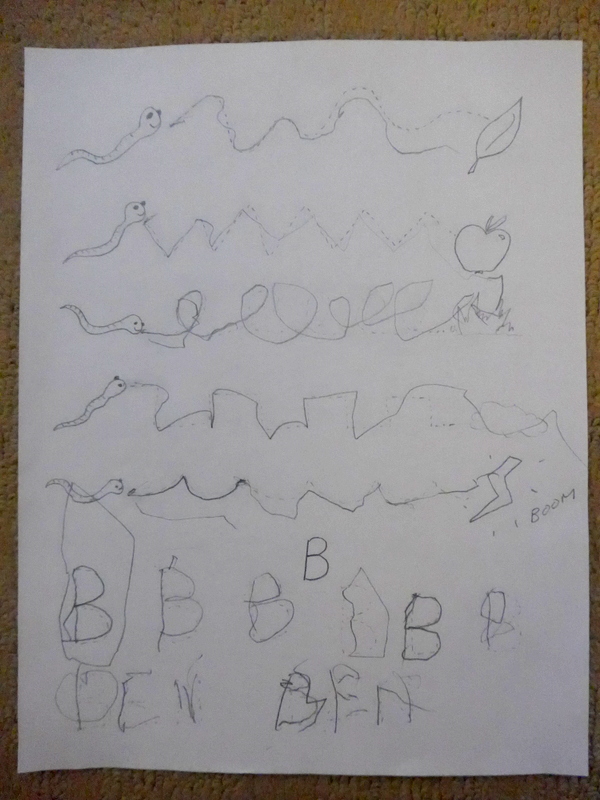 And here is a set of drawings he made of the sunshine and a rainstorm: 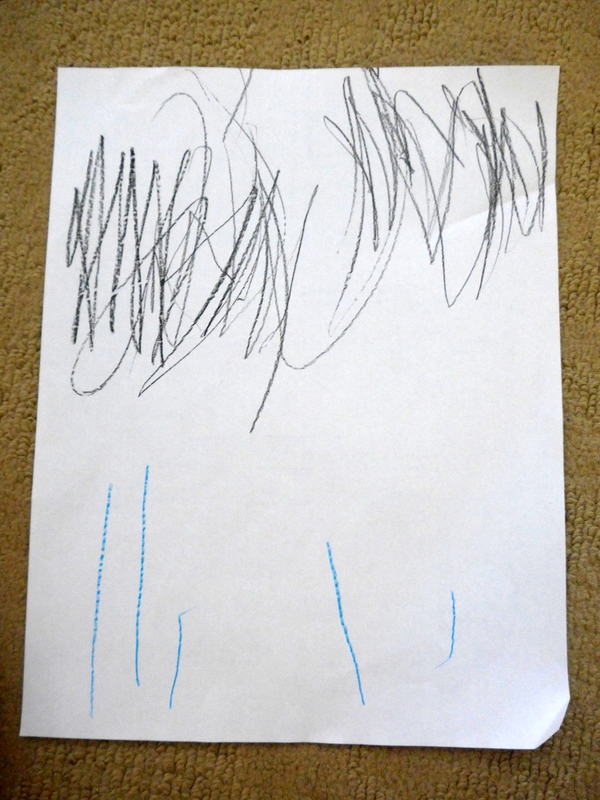 Phew! So now my desk is mostly cleared off but Friday is quickly approaching and that's when the girls bring home all the work they've done that last school week, so I'll be drowning in paper again soon.
Posted by Nancy at 4:40 PM